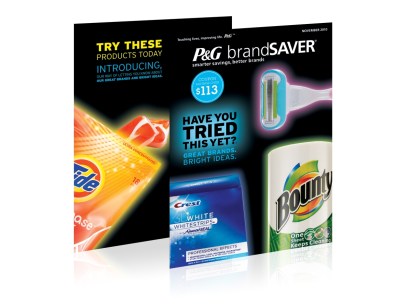 The big news from P&G, though, is that the company said it will leave the battery business, probably by means of a spin-off of its Duracell business in a two-step process. The first step was the sale of its interests in a Chinese joint venture in August, and the second will be to jettison Duracell. No decision has been made on the form of the exit, according to P&G, but the company’s current preference is a split-off of the Duracell business into a stand-alone company.

According to P&G, shareholders would be given the option of exchanging some, none or all of their P&G shares for shares in the newly formed Duracell company. P&G’s outstanding share count would be reduced by the number of P&G shares exchanged. The exact exchange ratio would be set just prior to the completion of the transaction, which P&G now believes will occur in the second half of calendar year 2015.

Spinning-off or selling Duracell is consistent with the plan the company announced in August to dump half its brands and sharpen its focus under CEO A.G. Lafley, who came out of retirement last year to replace Bob McDonald. P&G will focus on 70 or 80 of its biggest brands — Pampers diapers and Tide laundry detergent are good examples — and get rid of as many as 100 lower performers. In that vein, in July P&G completed the sale of its pet care business to Mars.

P&G took a non-cash, after-tax impairment charge of $932 million ($0.32 per share) to adjust for the carrying value and indefinite-lived intangible assets of Duracell.

P&G reiterated its guidance for the 2015 fiscal year, which included a forecast for organic revenue growth in the low-to-mid single-digit range. The company now expects net sales growth in line with 2014 to up in the low single digits, including a 2% negative impact from foreign exchange rates. At the end of the prior quarter, P&G forecast adjusted EPS to rise at a mid-single digit rate, which excluded an expected $0.20 per share for restructuring charges. Add to that the $0.32 impairment charge announced Friday for the Duracell business.

P&G’s first quarter results were in-line with our expectations, despite a very difficult operating environment. This keeps us on-track to deliver our fiscal year commitments.

We continue to accelerate and increase productivity savings, sharpen our strategies and strengthen our portfolio by focusing on our biggest opportunities. The pet care divestiture and exit of the battery business will allow us to further focus these efforts.

There might be a couple of things to keep an eye on as P&G gets set to dump so many products either through sales or spin-offs. First, does the company have to discount because everyone knows the sales are coming? Second, this could take a long time. How patient will investors be?