What If No Quantitative Easing Comes From the European Central Bank? 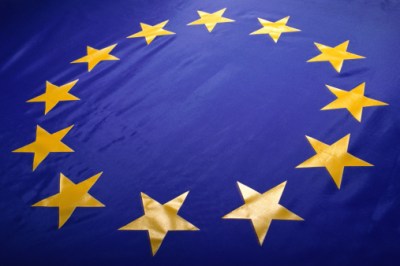 Source: Thinkstock
If you have watched the stock market, bond market and the economy in general for the past five years or so, it will be no surprise that the world’s economies and financial markets are addicted to stimulus from central banks and governments around the world. Now all eyes are on the European Central Bank (ECB) announcement on Thursday morning, with an anticipation of its own quantitative easing measures. So, what happens if Mario Draghi fails to deliver?

Draghi was once quoted as saying that the ECB will “do whatever it takes” and that was good enough for a market bottom at the time. That was then. Even last week it was widely expected that the ECB would adopt quantitative easing measures of its own. This would not be the same money printing like we saw under the tenure of Ben Bernanke at the U.S. Federal Reserve, but it was expected that Mario Draghi’s round of quantitative easing might embark on a negative interest rate policy.

A negative interest rate policy implies that savers and banks effectively have to pay to keep their money safe in cash deposits. The intent is to encourage spending by consumers and lending by the banks, ultimately forcing savers into so-called risk assets.

Wednesday’s report of weak economic growth in Europe should act to increase pressure on Team Draghi. Still, the markets are taking a wait and see attitude. The trick is that no one was sure what would happen when the U.S. Federal Reserve went to a zero-rate environment coupled with the printing (or new digitalization at any rate) of more than $4 trillion that was then used by the Fed to buy up the available flow of Treasury debt and mortgage-backed securities.

It will be interesting to see how markets fully react to a negative savings rate. Predicting the exact outcome is not a simple task either — most of us have never seen a negative interest rate policy.

The ECB’s mandate is not a dual mandate like the U.S. Federal Reserve’s inflation and full employment mandate. The ECB mandate says:

The primary objective of the ECB’s monetary policy is to maintain price stability. The ECB aims at inflation rates of below, but close to, 2% over the medium term.

The Eurostat table shows how low the inflation rates are in Europe. They are doing what they can to avoid deflation it seems.

In closing, as to why everyone wants to avoid deflation, an old market adage is that most people don’t know what deflation really looks like, but they won’t like it when they see it.