When One Water Utility's Valuation Just Become Too High 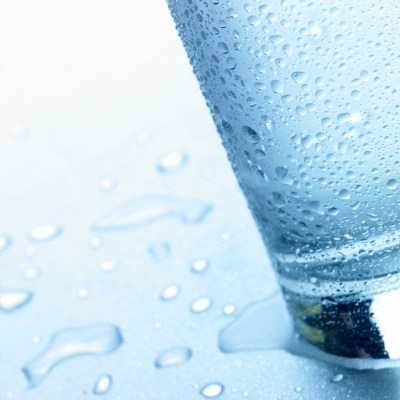 Source: Thinkstock
The markets may go up and down with valuations, but the one constant that every single person on the planet cannot avoid is the need for water each and every day. That defensive characteristic has made water utilities a massive go-to sector for long-term growth and income investors. But what happens when a valuation just becomes too stretched for analysts and investors to keep chasing one of the leaders in water?

There was a key water downgrade seen on Friday morning for American States Water Co. (NYSE: AWR). Janney Capital Markets downgraded the utility from an already cautious Neutral rating to a very unattractive Sell rating. The firm’s fair value target of $36.00 had shares trading at a 17% premium before Friday’s 2.7% drop to $41.17.

Friday’s downgrade from Janney was said to be based on valuation, with such a high premium to the fair value estimate. The firm suggests that investors exit positions and redeploy capital across its Buy-rated water utility coverage universe, which includes American Water Works Co. Inc. (NYSE: AWK) and Aqua America Inc. (NYSE: WTR). Janney’s report suggests that these two and other smaller water utilities offer a higher chance for total shareholder return.

Janney did note on American States Water that its ability to fetch such a premium is admirable. The firm further believes that earnings growth remains muted in the near term. Friday’s report said:

Looking across our water utility coverage universe, American States Water carries the highest premium on its shares relative to others. How that premium was ultimately achieved is hard to define; American States Water has managed its dividend policy extremely well, which we view as having kept a solid floor under share prices. We note it’s low payout ratio (approximately 55%) can support further dividend increases, should the interest rate environment turn negative. American States Water has also used stock repurchase plans, the first authorized in March 2014, the second in May 2015.

We believe earnings growth in the 2015 to 2017 time frame is likely to be somewhat constrained, unless the outcome of the California General Rate Case (GRC) is much better than expected, or significant new military base contracts are secured (or additional large projects at existing bases materialize). There is also the potential for acquisitions, particularly in water-stressed California where supply can be an issue. That said, we believe our estimates to be fair and reasonable given the current information available, and they’re slightly above consensus forecasts for 2015, 2016, and in 2017.

24/7 Wall St. has named American Water Works among its top 10 stocks to own for the next decade. Unfortunately, its valuation keeps creeping higher and higher to the point that it is going to have even further exceed on its dividend growth promises to justify much higher share price valuations when the broader market is searching for a more reasonable market multiple for the S&P 500 Index.

You can also see how 24/7 Wall St. views and covers water and utilities via our own water coverage page and our utility coverage page.