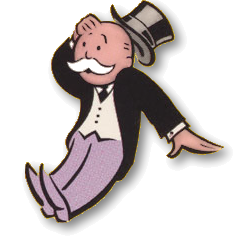 When the Huffington Post started in 2005, many pundits dismissed Arianna Huffington as a dilettante whose website wouldn’t last long.  Today, the Greek-born entrepreneur proved her naysayers wrong, at least that’s what she tried to do.

According to Bloomberg News,  Huffington expects to be profitable this year even though it is “investing a lot in growing.”  Strangely, Bloomberg quoted a “person close to the company” in the paragraph before saying that the Huffington Post plans to more than triple its sales to $100 million in 2012. Wonder if the same person made both predictions.

This indicates that Huffington Post’s profits are rather modest and may not be sustainable if the company continues to spend heavily.  Moreover, companies that are successful — even those that are private — are rarely coy about it.  Huffington Post, however, is not like most businesses thanks to Arianna Huffington.  She has figured a way to convince writers to contribute to her site for free.  That explains why rival Daily Beast, which loses money, needed to merge with Newsweek and Huffington Post is independent.

Huffington Post clearly has found a business model that works, creating one of the most popular sites on web attracting 26 million monthly unique visitors.   24/7 Wall St. regularly contributes to the site. Its costs are fairly expensive  because it has a staff of 203 and an expensive publishing system.

An analyst quoted by Bloomberg says without hesitation that the company is worth $350 million and $400 million without really explaining how he derived his figures.  Our estimate of Huffington’s value is a more modest $150 million.  We also expected a very modest operating profit.

For now, it’s hard to imagine that Wall Street would be interested in a Huffington Post IPO.   A more likely exit strategy is a merger or a sale to a bigger media player like Time Warner Inc.  (NYSE: TWX).

Either way,  Arianna Huffington will have the last laugh.

“It’s working. Everybody’s happy with how it’s going,” she told Bloomberg. “Nobody is in a hurry to cash out.”