Because of the technical nature of maintaining and monitoring a nuclear power plant, college graduates do have an advantage in making a senior position. However, this is not mandatory, and high school graduates can be accepted into a position. Most of the training occurs on-the-job and in classrooms provided by the plant. In order to keep their positions, operators must pass random drug and alcohol screenings, a medical examination, maintain a license, and take regular refresher courses. According to the BLS, “Overall employment of power plant operators, distributors, and dispatchers is projected to experience little or no change, but job opportunities are expected to be excellent because of the large number of retiring workers who must be replaced, an increased demand for energy, and recent legislation that paves the way for a number of new plants.” 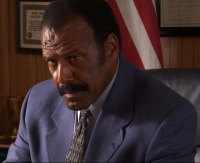 According to the BLS, “Most police and detectives learn much of what they need to know on the job, often in their agency’s training academy.” This experience is the training required to eventually make the upper brass at a department. After six months to three years, depending on the location and size of the department, police officers are subject to promotion. They can then, based on performance and a written exam, move up to corporal, sergeant, lieutenant, captain, or even chief of the department. Chiefs and other upper brass make a median wage of $78,260 per year, with the top 10% earning a median of $123,630. 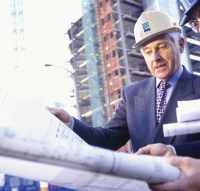 Construction managers oversee a team of workers on a project and are responsible for scheduling, coordination and hiring of contractors. While some companies are starting to require bachelor’s degrees, this is by no means mandatory. Any construction worker with significant experience and skill has the potential to make manager after gaining some additional classroom experience. Managers earn a median annual income of more than $80,000, with those overseeing high profile projects earning over $150,000. 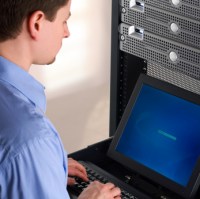 Former Air Force and Navy pilots have traditionally had the fast track to a commercial license because of the flight time and experience they’d gained. That holds true today, and most major airlines also require some college education from their pilots. However, there are plenty of smaller companies that will take any individual with enough logged flight time and aircraft knowledge. Because of the long hours logged, the constant vigilance required, and the substantial time away from home, pilots make a median income of more than $100,000. The number of pilots is expected to increase by more than 20% in the next 17 years, well more than the national average.