Yelp Faces Less Enthusiasm on Its Model and Growth 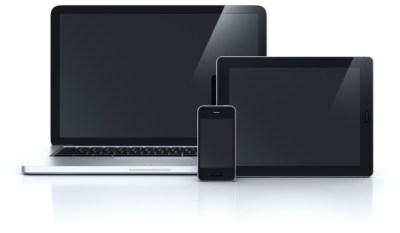 Source: Thinkstock
Yelp Inc. (NYSE: YELP) may be petering out, or so it looks like after its earnings report. The news is ahead of the Graph Search that is coming from Facebook Inc. (NASDAQ: FB) and that may only compound some of the fears ahead. We like the idea of the company, but there needs to be more for investors by our read.

After taking a look at the earnings report, there just does not really seem to be that much meat for the lions (or bulls) to chase. Its $0.08 loss per share was far narrower than the $0.56 loss a year earlier, and it looks even better at -$0.06 per share after excluding one-time items. Revenue grew handily by about 65% to $41.2 million. Yelp’s EBITDA came to $1.8 million in the quarter.

Yelp is now serving about 20 countries and its mobile apps services are expanding. The issue is that its sales and marketing efforts drove costs up at almost 60% growth on that effort, while development costs nearly doubled and administrative costs were up almost 50%. Yelp’s year-end cash balance was about $95 million.

What is of concern to us is that investors endorsed Yelp in the social media IPO waves, but its valuation remains high. At $1.34 billion in market cap, we wonder why Wall St. or Main Street have allowed a company that is losing money to remain so high.

Zacks has a different read, yet their end result is partly an echo of what we are observing. It has a Hold rating and said:

We believe that mobile presents a significant monetization opportunity for Yelp and the partnerships with Apple Inc. (NASDAQ: AAPL) and Microsoft Corporation (NASDAQ: MSFT) will boost top-line growth from this segment over the long term. However, increasing investments and competition from Yahoo! Inc. (NASDAQ: YHOO) are expected to drag profitability in the near term. As Yelp continues to explore and expand into new markets, sales & marketing expenditure is expected to increase significantly, thereby hurting margins going forward.

We would also note that Cantor Fitzgerald maintained its Buy rating and raised its price target to $27 from $24, and J.P. Morgan was positive as well.

We have strived to show both sides of the coin here. The market-voting coin is tails, as the stock is down 5% at $21.25, against a 52-week range of $14.10 to $31.96. Others are still favorable, while we wonder how great the prospects are. Our caution is hinged around our desire to see real earnings rather than just expanding its footprint with the hope that booming profits follow.