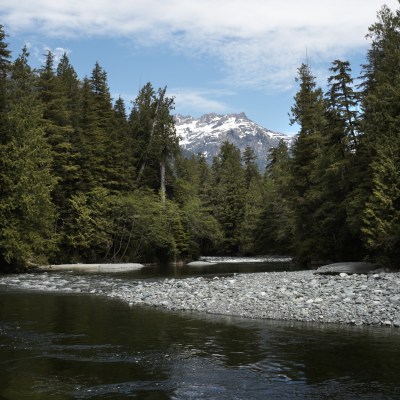 Source: Thinkstock
A lawsuit filed Tuesday in California claims that the U.S. Forest Service has allowed international food giant Nestlé to continue drawing millions of gallons of water for the company’s Arrowhead brand bottled water on a permit that plaintiffs say expired 27 years ago. The lawsuit asks the court to shut down a four mile-long pipeline that transports water drawn from Strawberry Creek in the San Bernardino National Forest to a Nestlé bottling plant in Ontario, California.

After shutting down the pipeline the plaintiffs want the U.S. Forest Service to “conduct a full permitting process that includes environmental reviews.” The three groups filing the suit are the Story of Stuff Project, CourageCampaign.org, and The Center for Biological Diversity.

According to the press announcement, in 2014 alone, an estimated 28 million gallons were piped away from the forest to be bottled and sold under Nestlé’s Arrowhead brand of bottled water. The permit, which expired in 1988, has not been renewed, but the piping system remains in active use, siphoning about 68,000 gallons of water a day out of the forest last year.

Plaintiffs also cite reports that water levels at Strawberry Creek are at record lows and that the Forest Service receives just $524 a year in payment from Nestlé, an amount that is less than the average Californian’s water bill.

In a report at The Desert Sun from March of this year, Nestlé offered this defense:

Nestlé insists its bottling of spring water isn’t causing any harm. Water from Arrowhead Springs has been tapped and sold for more than a century. The company says it is complying with all the requirements of its expired permit in the national forest and has been informed by the Forest Service that it can keep operating lawfully until a new permit is eventually issued. The company also says that at all of the springs where it draws water, it monitors the environment and manages its water use to ensure “long-term sustainability.”