5 Important Analyst Upgrades That Were Largely Ignored on Tuesday 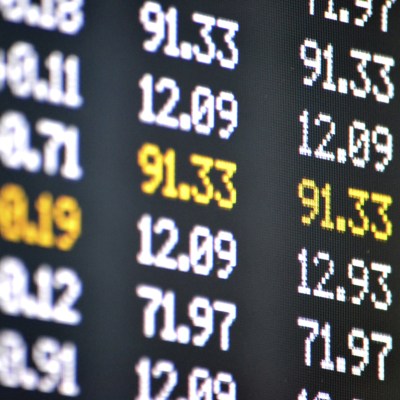 Source: Thinkstock
Stocks closed only marginally lower on Tuesday, but investors bought the dips and the investment community has proven daily, weekly and monthly now for almost 4 years that they will buy stocks on any weakness. It seems that investors are looking for value and other less-discovered avenues for growth and profits ahead.

24/7 Wall St. reviews dozens of analyst research reports each morning of the week, and we revisit the impact calls each day and each week to which calls stood out. Some of these calls were missed this morning in the preliminary analyst calls, but the real focus here was on key analyst calls which seemed very impacting when made and were largely overlooked or discounted by the investing community’s reaction.

Bluebird Bio, Inc. (NASDAQ: BLUE) was given a ‘double your money’ research call on Tuesday. Oppenheimer started coverage with an Outperform rating and assigned a $162.00 price target after noting that sell-off has gone too far versus the opportunity here. Bluebird has a $200 or so consensus target price, and the $80.35 price at the end of Tuesday was down 1.8% right before the close. Bluebird has a 52-week range of $35.00 to $197.35.

Clean Diesel Technologies Inc. (NASDAQ: CDTI) was started as Buy at Rodman & Renshaw and H.C. Wainwright on Tuesday, and the $3.00 price targets implied upside of roughly 80% from the prior $1.61 close. Clean Diesel may have suffered by its name having the word “diesel” in its title, with a 52-week range of $1.45 to $3.97. This was almost $2.00 just a month ago.

Facebook, Inc. (NASDAQ: FB) was down on Tuesday by 1.5% at $97.00, but Jefferies reiterated its Buy rating while raising its price target to $130.00 from $120.00 in the call. A higher price target is justified here over potential video advertisements and Instagram becoming the next billion-dollar business for Facebook. Jefferies sees Facebook and Google’s YouTube taking the bulk of what may be a $17 billion total market opportunity. Facebook has a consensus price target of about $112.50 and a 52-week range of $72.00 to $99.59. This may not have been the best target on Wall Street, but it is well above average.