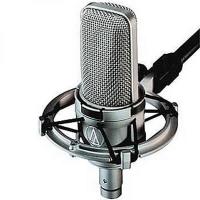 S&P may cut its outlook on France’s AAA debt. (Reuters)

A judge blocks the $285 million settlement between Citigroup (NYSE: C) and the SEC. (Reuters)

Some MF Global customer money may have been found in Europe. (Reuters)

Research In Motion (NASDAQ: RIMM) may offer some of its BlackBerry security features on the Apple (NASDAQ: AAPL) iPhone and Google (NASDAQ: GOOG) Android devices. (Reuters)

Aol (NYSE: AOL) says it does not compete with Yahoo!, but still could hire good talent. (Reuters)

Facebook may launch an IPO in the spring that would raise $10 billion and value the company at $100 billion. (WSJ)

Bank of America (NYSE: BAC), Morgan Stanley (NYSE: MS) and other financial firms are in settlement talks with MBIA (NYSE: MBI) over losses incurred during the financial crisis. (WSJ)

Amazon.com’s Kindle emerges as the primary competition to the Apple iPad. (WSJ)

Toyota (NYSE: TM), a huge employer in Japan, may move production because of the value of the yen. (WSJ)

Black Friday sales may not help forecasts for the balance of the holiday season. (WSJ)

The UK will increase its bank levy to raise $3.9 billion. (WSJ)

Bets against the euro hit a 17-month high. (WSJ)

Silver Lake and Microsoft (NASDAQ: MSFT) may bid for a stake in Yahoo! (NYT)

The Polish foreign minister says that only Germany can save the eurozone. (FT)

The FHFA Office of Inspector-General says that mortgage companies often press his agency in a way that hurts its financial position. (FT)

Moody’s may cut the ratings of a number of European banks. (Bloomberg)