How Each 2016 Presidential Candidate Ranks on Social Media

What stood out was that Facebook likes were dominated by Donald Trump, then by Ben Carson and Rand Paul. The Twitter followers were more than just dominated by Donald Trump, at more than 4.1 million. Next in line was Marco Rubio at 841,000, and then Rand Paul at 681,000. Hillary Clinton led Bernie Sanders massively on Twitter with 4.23 million followers, but Sanders had two different accounts.

In actual website analytics via Alexa page ranking, it seemed odd on the surface that Bernie Sanders was ranked much better than Donald Trump, Hillary Clinton and Ben Carson. There may be many explanations for this, but we are not pondering the matter at this point.

One issue that needs to be considered here is that not all measurements are created equally. These likely cannot be tallied up for any formal voting projections. Some social media users prefer one service over another, as do candidates.

Lastly, visual data have been shown as the raw numbers on a table. Names are in alphabetical order. It also shows the Facebook name and likes, the Twitter account name and followers, and then the official website of each candidate with an Alexa ranking. 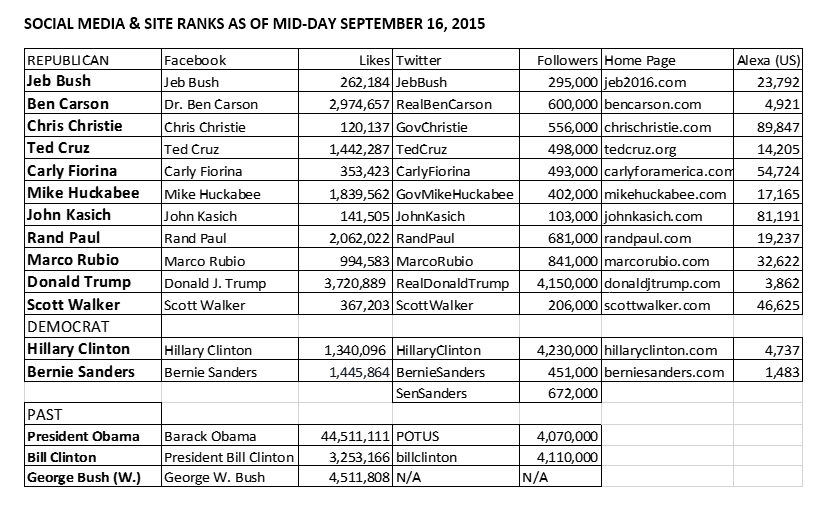 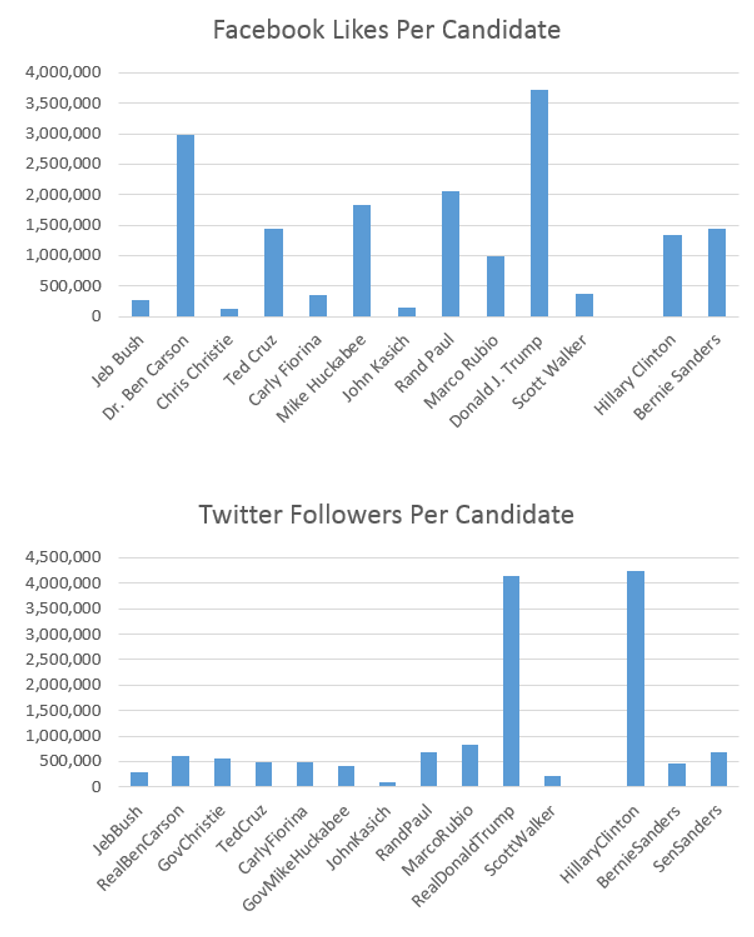