Are Orbitz Shareholders Getting Enough in Expedia Buyout? 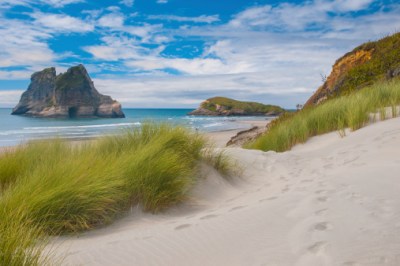 Source: Thinkstock
Expedia Inc. (NASDAQ: EXPE) announced before Thursday’s trading that it would acquire Orbitz Worldwide Inc. (NYSE: OWW). The transaction will be for $12.00 per share all in cash, ultimately giving a total value of $1.6 billion in enterprise value. The actual purchase price without the consideration of debt is roughly $1.3 billion. Comparatively, Expedia has a market cap of roughly $10 billion and Orbitz had a market cap of just over $1 billion before the deal was announced.

What 24/7 Wall St. is looking into, and what many Orbitz investors will be wondering about, is whether Orbitz is getting enough of a premium in this buyout. The outcome looks clear on the surface, but it gets complicated if you go back in time.

It is worth noting that there is roughly a 25% premium on the price for the buyout of $12 per share. Looking back on the chart, this offer is almost double the 52-week low, and shares have gained roughly 17% year-to-date.

If we looked even further back we would see that almost everyone who had bought Orbitz stock and held on to it since late 2007 would have made money. An interesting fact is that Orbitz had its initial public offering (IPO) for $15.00 and promptly fell in 2007. It would be safe to say that practically all the investors in this stock will have made money on this buyout, save those that bought at the IPO.

ALSO READ: Why Tesla Is Not a Takeover Target

We are attracted to the Orbitz Worldwide business because of its strong brands and impressive team. This acquisition will allow us to deliver best-in-class experiences to an even wider set of travelers all over the world. From the flagship Orbitz.com brand, to other well-known consumer brands such as CheapTickets, eBookers and HotelClub and the business-to-business brands Orbitz Partner Network and Orbitz for Business, the Orbitz Worldwide team has built a devoted customer base and we look forward to welcoming them to the Expedia, Inc. family.

This is one of those mergers that look fair on the surface. After all, everyone who bought Orbitz shares in the past five years is making money on the buyout. Still, that IPO data from 2007 with a $15 IPO price is hard to overlook.