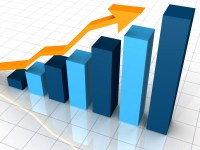 For the first time, 24/7 Wall St. presents the 100 Best Small Companies in America. To be considered, companies had to be publicly traded with more than  $5 million and less than $1 billion in revenue.  24/7 Wall St.’s inaugural 100 Best Small Companies in America is comprised of America’s best publicly traded companies marked by outsized revenue, growth and innovation. Data for the analysis was provided by  S&P Capital IQ.

The initial list based on the universe of public corporations with less than $1 billion in revenue. These companies are among the best for their size because they have increased revenue over the period covered by our analysis. Their relatively small sizes and robust sales expansion rates also makes it likely many will continue to grow even further, if the record of public company expansion is any example.  Past growth does not mean all of these firms will prosper, but most on this list have been consistently profitable, which adds to the chances of future progress.

Small companies, our research shows, usually have one or two specialized divisions and are focused on one core market. For instance, Steve Madden, True Religion and rue 21 have all carved out a niche segment in the apparel and footwear market. Their lack of diversity could be a drawback because the companies rely completely on one set of products, but it can also mean that management can be laser focused on a single opportunity.

Another industry which is well represented on this list is niche healthcare. Once again, most of the firms in this sector which made the list are in only one business. Mesa Labs makes manufacturing quality control products for medical devices. It is a narrow market, and there is no guarantee that a large device manufacturer might not attack the same sector. Bio-Reference Laboratories provides testing services. Cantel Medical provides infection prevention and control devices. This infection prevention business appears to be a relatively small one, but the overall medical industry in the US is expanding at such a rapid rate and regulations are changing so quickly that some of these companies will prosper because of these changes. Given the state of American healthcare costs, not many people would be surprised to see healthcare firms on a list of fast growing companies

These corporations are also often willing to take calculated risks, in some case, as they strive to expand their bases. Retailers are a good example.  Steve Madden, one of our companies, was started in 1990 with $1,100. The company has consistently added lines of apparel since then to increase revenue

Another reason to create this list is that 24/7 Wall St. recognizes that smaller companies continue to be a backbone of job growth. Corporations that are highly successful are roadmaps for the sort of industries, managements, and products and services which have done well recently. As recent access to capital has improved compared with access during the recession, well targeted and well run smaller businesses stand a much better chance of doing extremely well because they can tap pools of funding.   Methodology: We ranked these companies largely based on their growth rates as well as on how they have performed financially in the recent past. The pace of these growth rates allowed us to make a final selection and rank the companies when growth was combined with eight other categories. The 100 companies on our list had a median 20% sales growth and 30% earnings per share growth over the last 12 months. Similarly, the median stock price return for the latest year for this group was 16%, which is double the return of the S&P 500 index over the same time.

While stock market performance is one of our ranking criteria, we did not remove companies for poor performance because smaller companies tend to have greater price swings than the overall market. We should point out that this is not an investment list for value seekers. Maintaining these lofty growth rates is not an easy task.

S&P Capital IQ  provided us with corporate information, financial data and rankings based on a series of metrics. We started with a universe of 1,200 publicly traded, small companies, which we defined as having between $5 million and $1 billion in revenue over the last 12 months. To narrow this group down, we required that sales growth, earnings per share growth and return on equity to be greater than zero for both the latest 12 months and over the companies’ last five fiscal years. We also excluded companies whose stock price is lower than $5.This brought the size of the list to 164

The criteria we used to allow us to winnow the list to  100 companies  based on a few items which included stock price. We then assigned a rank based on all of the above growth metrics and stock price returns over one and five years. For companies whose shares were not traded for five years, we used annualized figures from their first trade date. From these category rankings, each company was given an overall score that was used to produce the list.

The financial data below is from the latest available reporting period and price change is as of March 21, 2012.