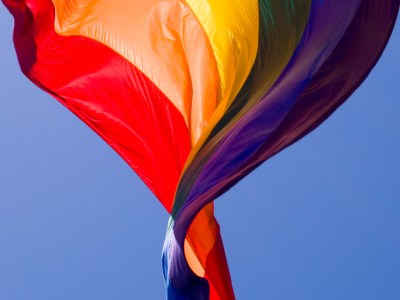 Source: Thinkstock
Across the United States, cities are increasingly embracing equal treatment and access for lesbian, gay, bisexual, and transgender (LGBT) Americans. In a foreword to this year’s Municipal Equality Index, Chad Griffin, President of the Human Rights Campaign (HRC), said that “cities continue to demonstrate that all corners of America are ready for equality.”

One issue important to LGBT Americans is same-sex marriage. According to research from the Pew Research Center, same-sex marriage is legal or will soon be legal in 35 states, as well as the District of Columbia. Ten years ago, gay marriage was explicitly legal in just one state — Massachusetts.

Click here to see the worst cities for LGBT rights

Still, there are many parts of the U.S. where LGBT citizens not only lack the right to marry but other fundamental protections. This year, 4% of all cities measured on the HRC’s Municipal Equality Index received scores of less than 10 on a scale of 0 to 100. Four cities received scores of 0, indicating that they lacked any of the policies or initiatives identified by HRC as being supportive of LGBT equality. Based on city scores on the Municipal Equality Index, these are the worst cities for LGBT rights.

Cathryn Oakley, legislative counsel for state and municipal advocacy, at HRC told 24/7 Wall St. that the largest finding from this year’s study is that cities are leading the way on matters of equality. According to HRC’s report, 15 of the 38 cities with perfect scores are in states with restrictive laws — in this case, policies that make it harder for cities to pass laws that foster inclusivity.

One reason cities are taking the lead on LGBT equality, according to Oakley, is the greater role of personal connections at the local level. “At the city level, its more personal. You know people, and it’s not acceptable to have your neighbor discriminated against.”

According to HRC’s report, there are also practical reasons for cities to promote greater equality. “Cities that have vibrant gay and lesbian communities have higher levels of income, life satisfaction, housing values, and emotional attachment to their community as well as higher concentrations of high-tech business.”

The cities with the lowest scores on the Municipal Equality Index, incomes are lower than across the U.S. as a whole. Just one of these cities, Southaven, Mississippi, had a higher level of household income than the U.S. overall. In four of these low-scoring cities, the median household income was less than $40,000 from 2011 to 2013, compared to $52,176 national median for the same period.

Based on HRC’s 2014 Municipal Equality Index, 24/7 Wall St. identified America’s least LGBT-friendly cities. HRC assigned scores based on six broad categories, each consisting of multiple policy-based variables. These categories are: non-discrimination laws, relationship recognition, the municipality as an employer, municipal services, law enforcement, and the city’s relationship with the LGBT community. Cities could also earn bonus points outside the standard points awarded, as state laws and size restraints can prevent some cities from enacting all policies endorsed by HRC.

In addition to data from HRC, we also reviewed figures on median income, median home value, and total population from the Census Bureau’s 2013 American Community Survey (ACS). Data from the ACS used here are collected over three years, from 2011 to 2013. Data on STEM jobs (science, technology, engineering, and mathematics)  is from the Brookings Institution’s 2013 report “The Hidden STEM Economy,” which uses 2011 data by metropolitan statistical area.

These are the 10 worst cities for LGBT rights.