Since New Hampshire’s governor signed off on House Bill 573 on July 23, 2013, state residents with several serious medical conditions, including Parkinson’s disease and muscular dystrophy, have been able to use marijuana legally. For those who do not qualify for medical use of the drug, possession can result in a year in jail, in tandem with or in lieu of a $2,000 fine.

Laws intended to dissuade marijuana use may not be entirely effective. More than 17% of New Hampshire residents age 12 and older have used the drug in the past year, one of the highest usage rates of any state in the country. Despite marijuana’s relative popularity in New Hampshire, it is the only New England state that has not decriminalized possession of the drug.

Nearly 18% of Massachusetts residents 12 years and older have used marijuana in the past year, a higher share than in all but a handful of other states. A relatively high usage rate is due in part to low perceived risk. Only 20.1% of Massachusetts residents age 12 and older think there are serious health risks associated with the drug, one of the smallest such shares in the country.

Marijuana users in the state are not risking much legally either. Medical use of the drug is permitted for those with certain conditions, and possession of marijuana has been decriminalized in the Bay State. The maximum penalty for recreational users caught with less than an ounce is a $100 fine. Those caught with more than an ounce, however, are subject to larger fines, criminal charges, and jail time. 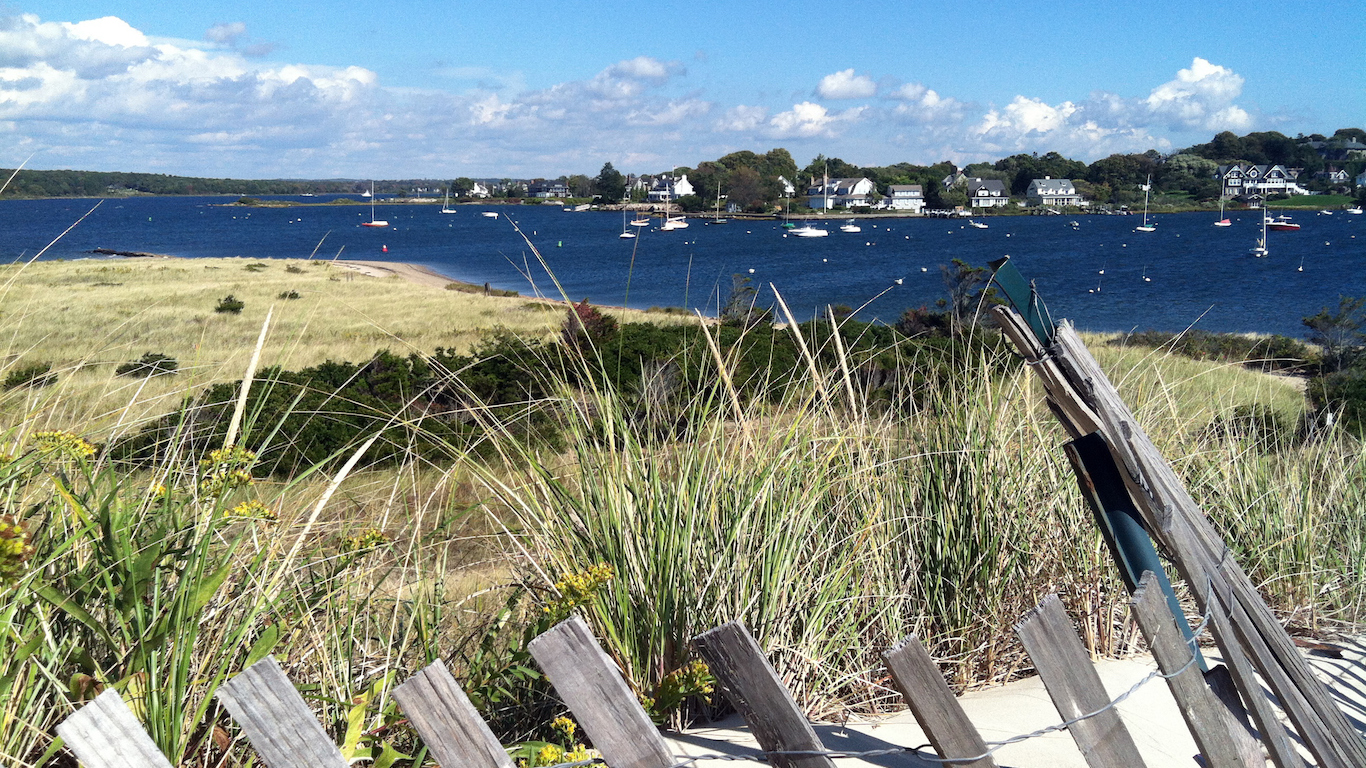 Marijuana use is relatively common in Rhode Island, with 18.7% of residents 12 years and older reportedly using the drug at least once in the past year. Perhaps not surprisingly, the perceived negative health consequences associated with pot use among state residents is relatively low. Only 20.9% of state residents associate serious health risks with marijuana use. In fact, many marijuana users in the state are likely lighting up for purported health benefits. Since January 3, 2006, state residents with such serious medical conditions as cancer, HIV, and hepatitis C have been allowed to possess up to 2.5 ounces of the drug for medicinal use. Medical marijuana dispensaries, known as compassion centers, have been permitted since 2009.

However, possession of 2.5 ounces in Rhode Island without physician’s recommendation can result in misdemeanor charges in conjunction with a $500 fine, up to a year in jail, or both.