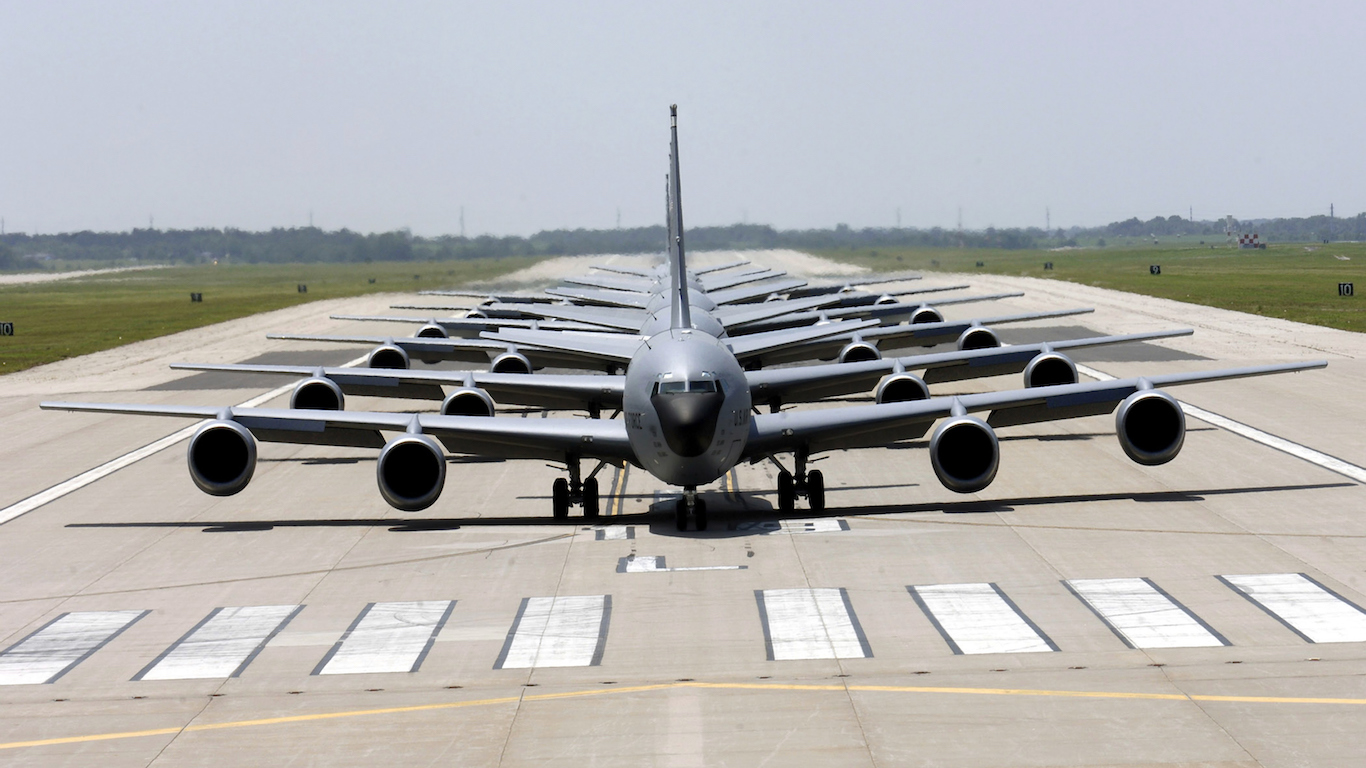 Kansas exported $2.25 billion worth of airplanes and airplane parts in 2015, or 21.1% of the state’s total export value. Aircraft manufacturing has long held an important role in the Kansas economy. Wichita was the center of aviation innovation in the 1920s and 1930s, with many of the nation’s earliest aircraft pioneers founding enterprises that would ultimately lead to some of today’s industry giants.

Still a dominant force in the Kansas economy, the aerospace product and parts manufacturing industry employs approximately 60,000 workers throughout the state and includes facilities of major aircraft manufacturers such as Airbus, Boeing, and Bombardier Aerospace, among many others. 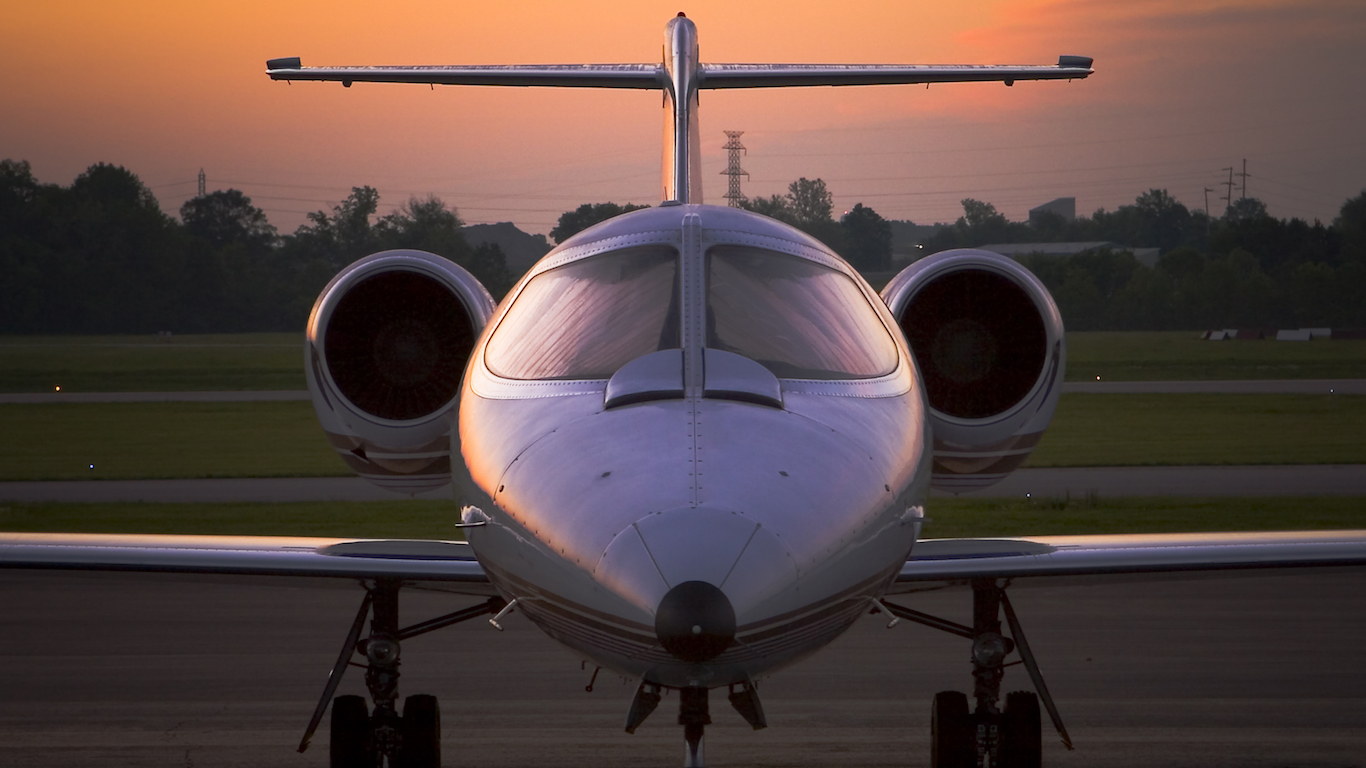 Like a number of U.S. states, airplanes and airplane parts is Kentucky’s largest export, accounting for more than 30% of the state’s exports. About one-quarter of these exports go to Canada, with the United Kingdom as the next largest recipient.

The birthplace of bourbon, whiskey is another major export out of the state. Kentucky is home to famous brands such as Jim Beam and Evan Williams. 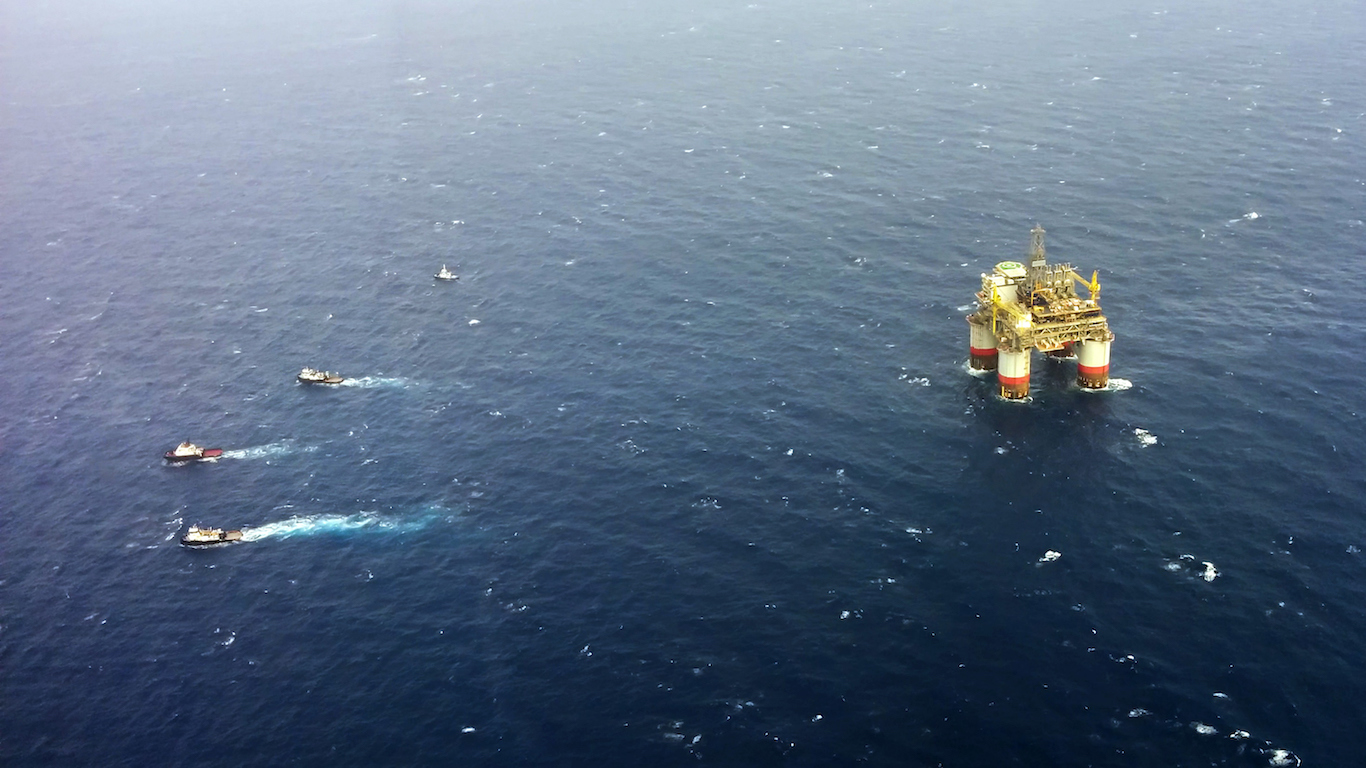 Though crude oil production in Louisiana is well below its 1970 peak, petroleum is the state’s biggest export by a wide margin. The Bayou State exported some $15.7 billion worth of petroleum in 2015, or nearly 32% of the state’s total exports.

While petroleum drilling has been an integral part of the state’s economy for decades, the industry has suffered some major setbacks in recent years. Hurricane Katrina damaged offshore rigs in 2005, curbing extraction for months. In 2010, the Deepwater Horizon oil platform exploded, killing 11 workers and spilling millions of barrels of oil into the Gulf. With oil prices down considerably in recent years, the total value of petroleum exports out of Louisiana were 37.1% lower in 2015 than they were in 2014. 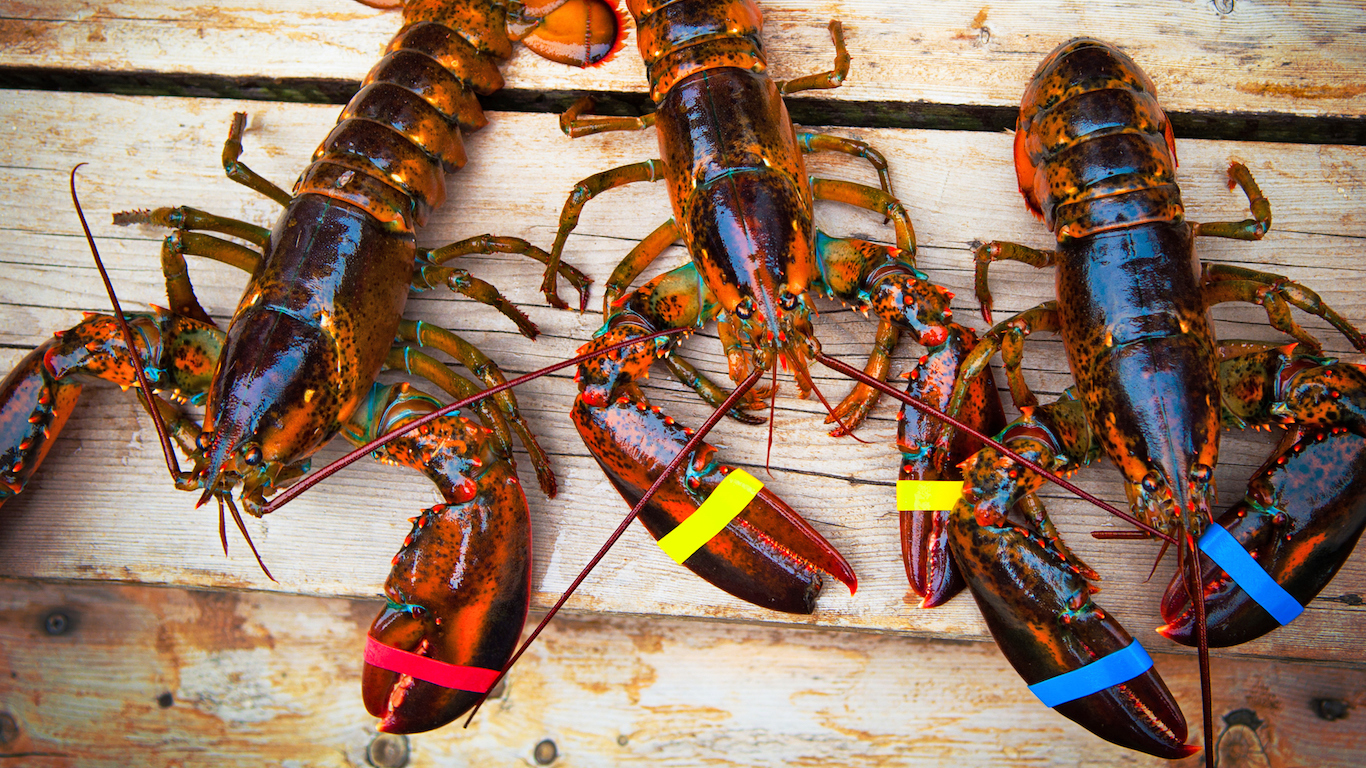 Lobster, the most iconic food in Maine, accounts for more than 12% of the total value of goods exported from the northern New England state. While nearly half of Maine’s total exports, including lobster, ends up in Canada, demand from Asian countries, China in particular, is surging. As recently as 2010, Maine exported only $100,000 worth of lobster to China. By 2015, the state exported nearly $26 million in lobster to the Chinese. Maine is one of only six states where the largest export is a food product. 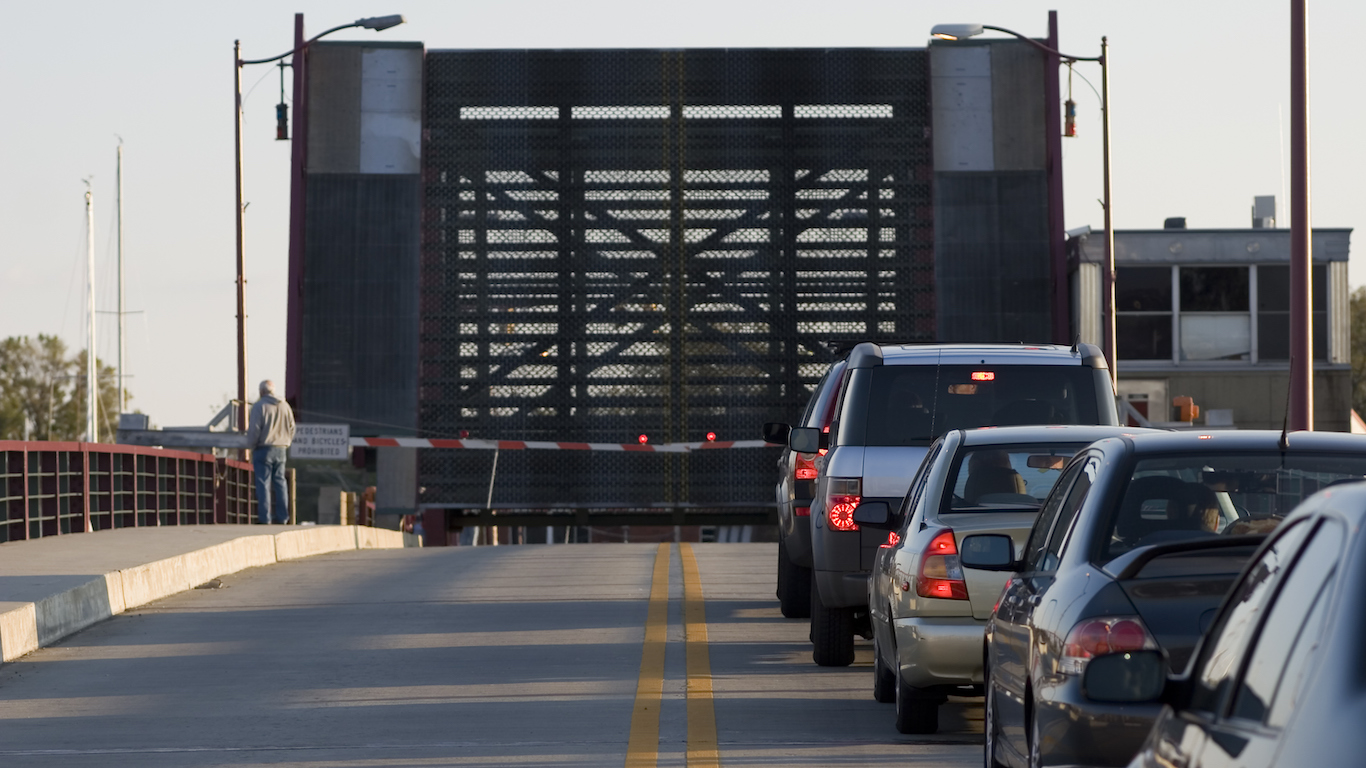 Maryland exports a wide variety of products — the state’s top 25 exported goods account for less than half of the state’s total exports of $10 billion. The state’s largest export is cars and passenger vehicles followed by airplanes and airplane parts, at 10.2% and 5.8% of total exports, respectively. Canada is the largest recipient of goods from the state, followed by Saudi Arabia.