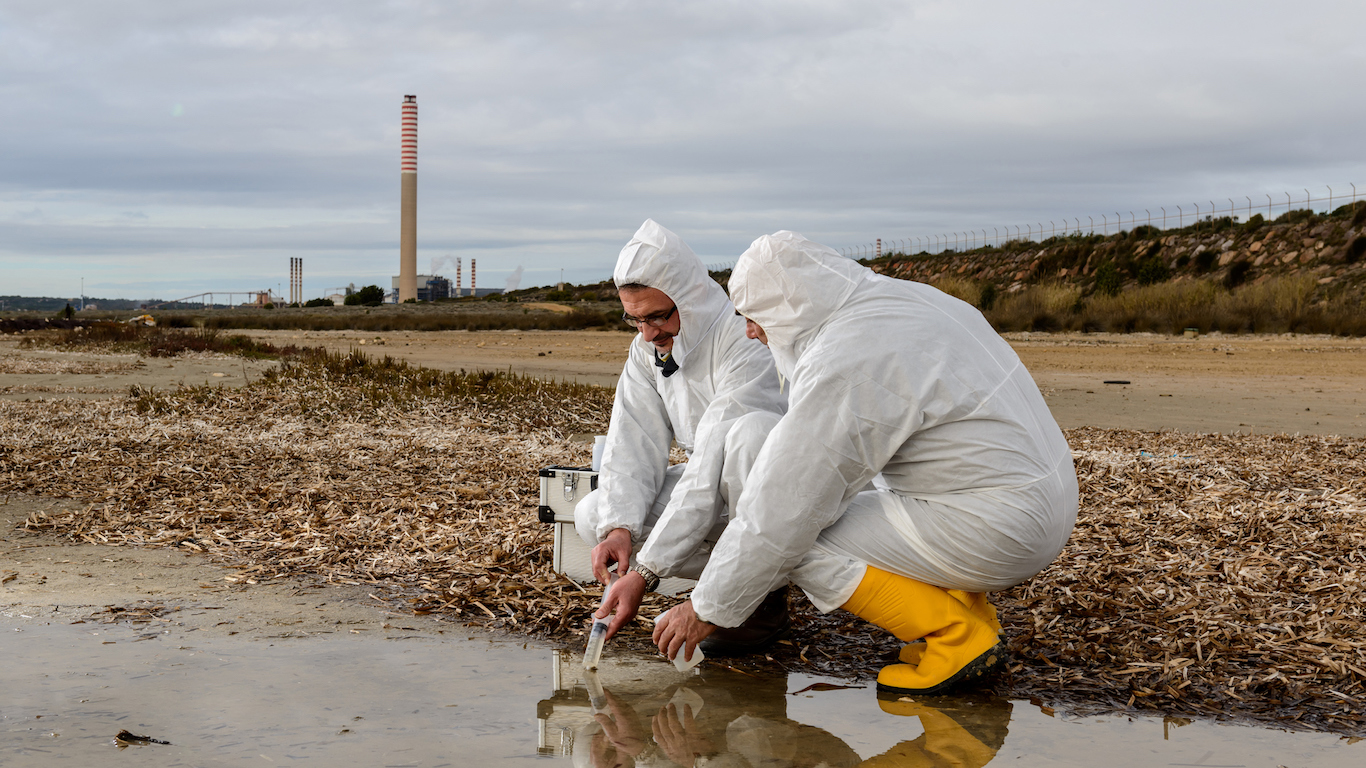 Geoscientists and environmental scientists both interact with and study nature. Geoscientists study the conditions that shaped the Earth, and are often engaged in academia or the discovery of natural resources. Environmental scientists tend to study the relationship between mankind and nature, and often work to discover ways to protect the environment from human influence, and to protect humans from harmful pollutants. According to the Department of Labor, 100% of these workers have at least a bachelor’s degree, and nearly half have a master’s degree. 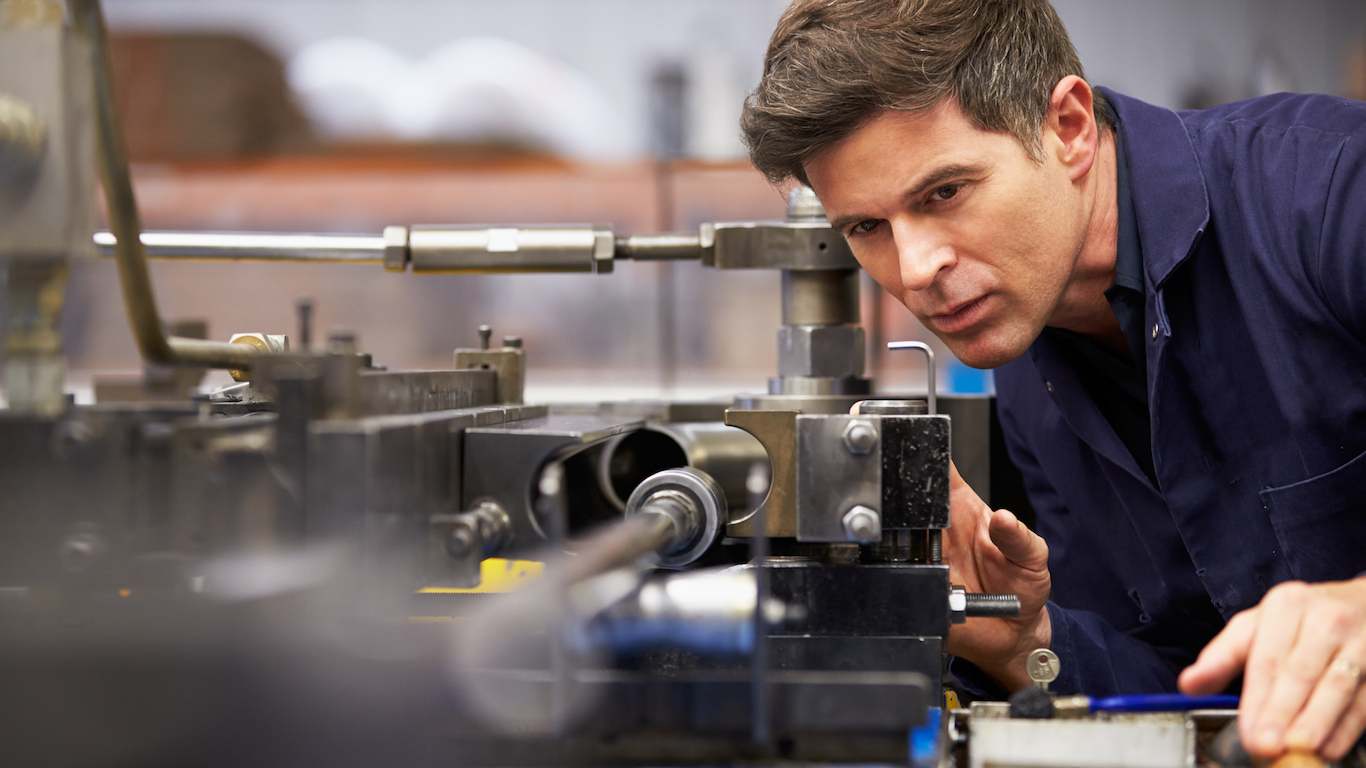 Judges and magistrates are one of only 21 occupations with estimated annual earnings exceeding $80,000. Like many high-paying jobs, judicial positions are not easily earned. In addition to a four-year bachelor’s degree and a three-year law degree, judges typically must often work for years as a lawyer before securing a judgeship.

Judges often serve lengthy terms, and must be appointed or elected to their positions. Due to the high barrier to entry and low turnover, the number of judges, magistrates, and other judicial workers is projected to increase by only 0.7% by 2024, compared to the 6.5% growth across all occupations. 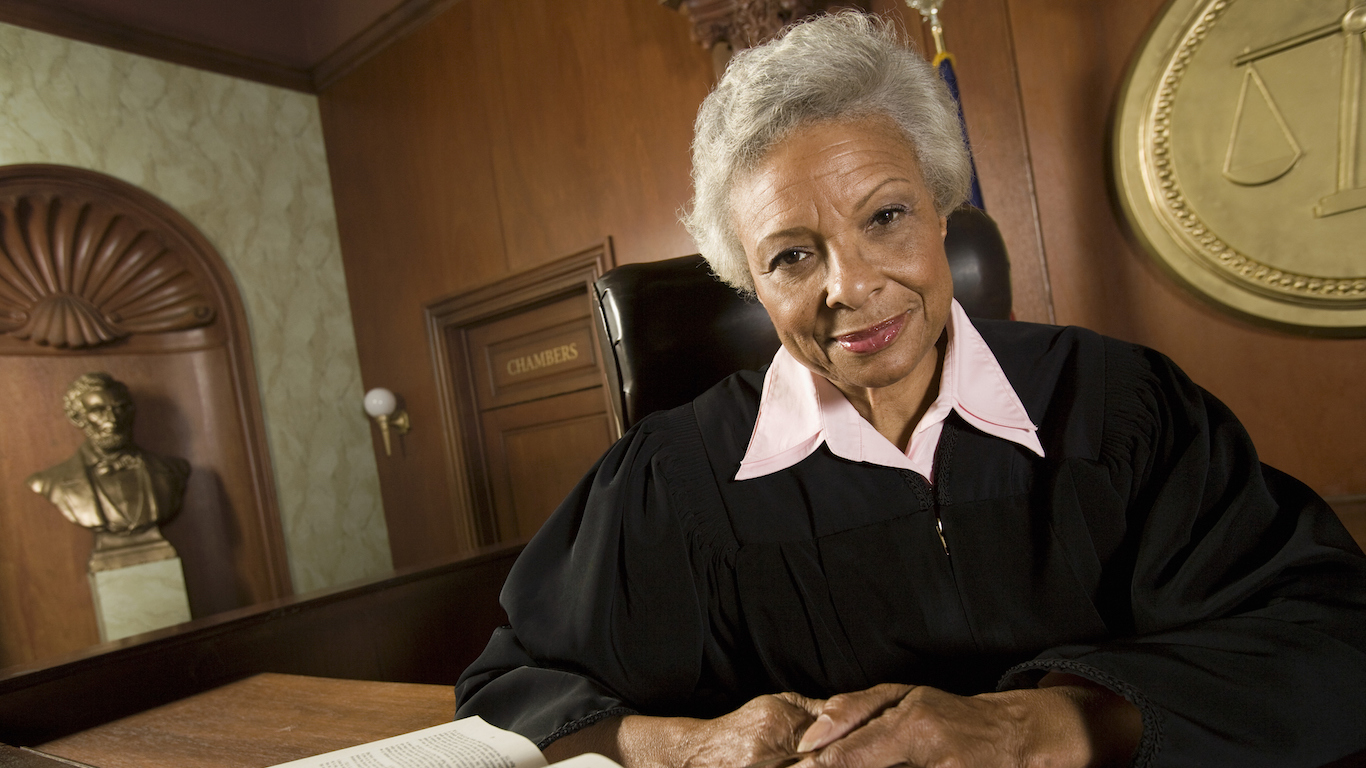 With median weekly earnings of $1,560, the typical mechanical engineer is paid $81,120 a year — nearly double the $43,264 national figure. While most mechanical engineering positions require a bachelor’s degree, educational attainment among full-time workers in the profession is not as high as in other high-paying positions. Just 24.3% of mechanical engineers have either a master’s or doctoral degree, nearly the smallest share of any occupation where median earnings are at least $80,000 a year. 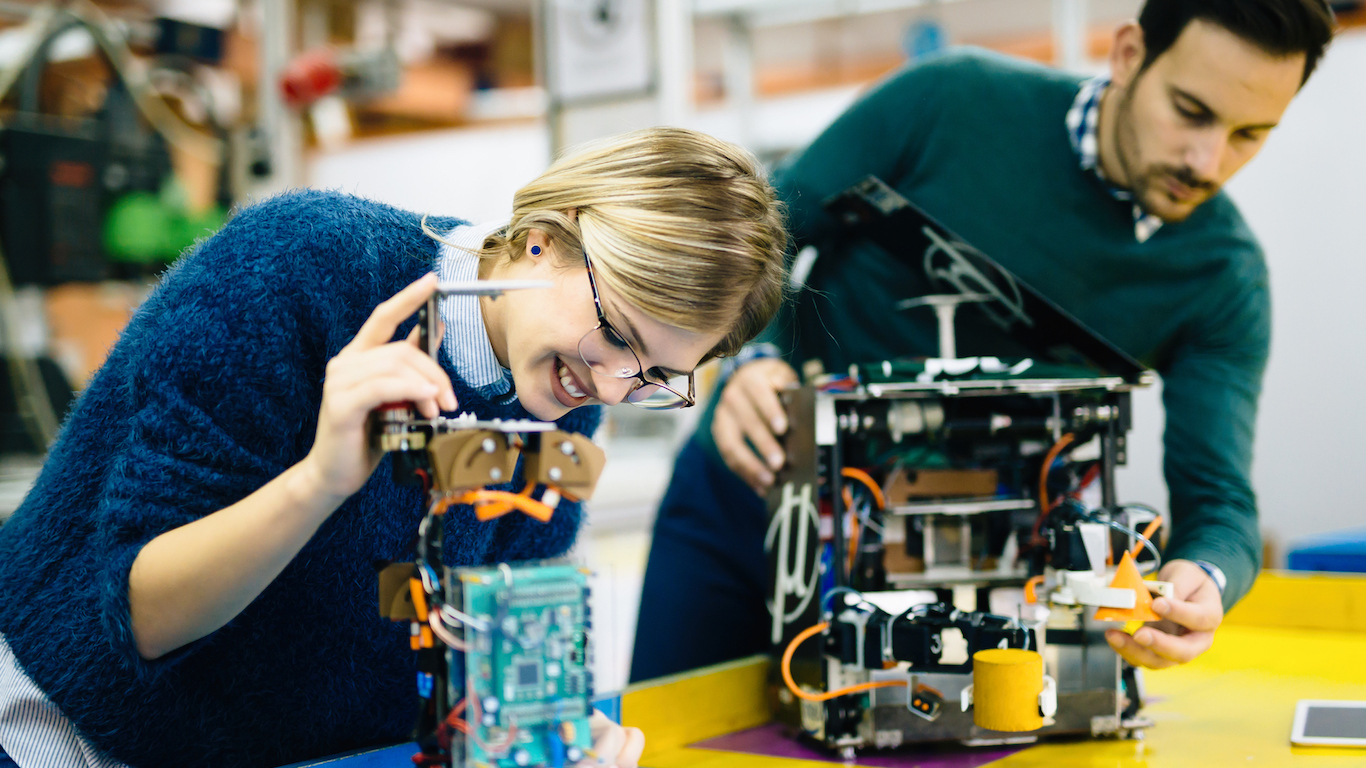 Occupations given “all other” titles by the BLS refer to jobs with a wide range of characteristics that cannot be easily classified. The engineers, all other classification includes engineers employed in biochemistry, energy, robotics, and a number of other subcategories. The federal government is the largest employer of these types of engineers in this category. Like other engineering occupations, these jobs are also very well paid. Many high-paying jobs are also expected to grow considerably over the next decade. This is not the case for this group of highly-specialized engineers, as employment in the engineers, all other classification is projected to grow by 4.0% by 2024, compared to the national projected growth rate of 6.5%. 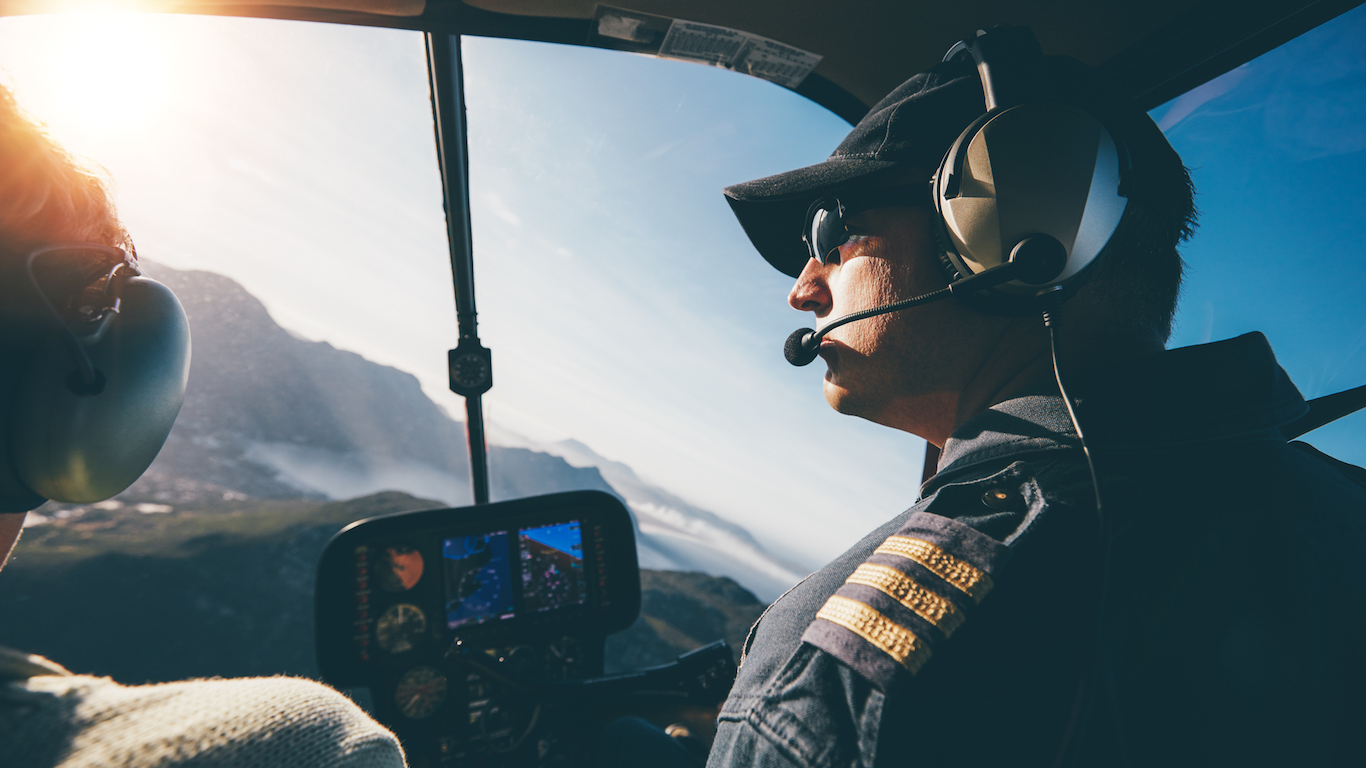 The aircraft pilot and flight engineer category includes commercial pilots as well as those who fly rescue operations, firefighting missions, and crop dusters. While the occupation’s median salary is high, commercial pilots with little experience tend to have smaller salaries. According to the Air Line Pilots Association, most airline pilots start their careers with an annual salary of only $20,000.

Like many occupations on this list, aircraft pilots and flight engineers are disproportionately male. Of the roughly 119,000 pilots and engineers in the United States, 94.1% are male.