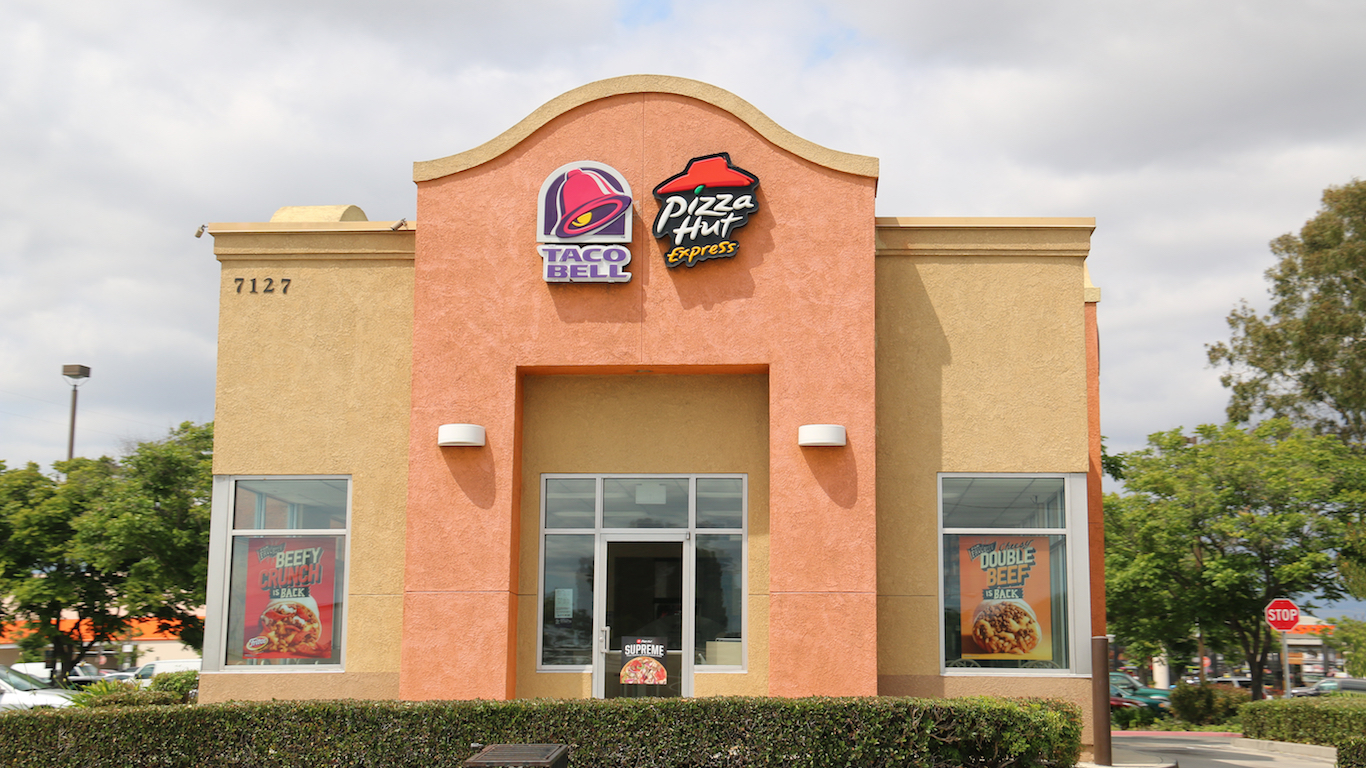 Yum! Brands is a global restaurant company that owns the KFC, Pizza Hut, and Taco Bell restaurant chains. Most of the company’s roughly 90,000 employees are paid on an hourly basis. Average wages at common positions at the company’s restaurants rarely exceed $10 an hour and go as low as $7.55 for Pizza Hut delivery drivers. To compare, the national median hourly wage is $17.81.

Though three major restaurants fall under the Yum! Brands umbrella, they are each managed by their own CEO, and partially as a result, employees report different levels of satisfaction. KFC employees appear the least satisfied, as less than half of those surveyed on Glassdoor would recommend a job with the company to a friend, and only 58% approve of CEO Muktesh Pant, one of the lower CEO approval ratings of any Fortune 500 company. 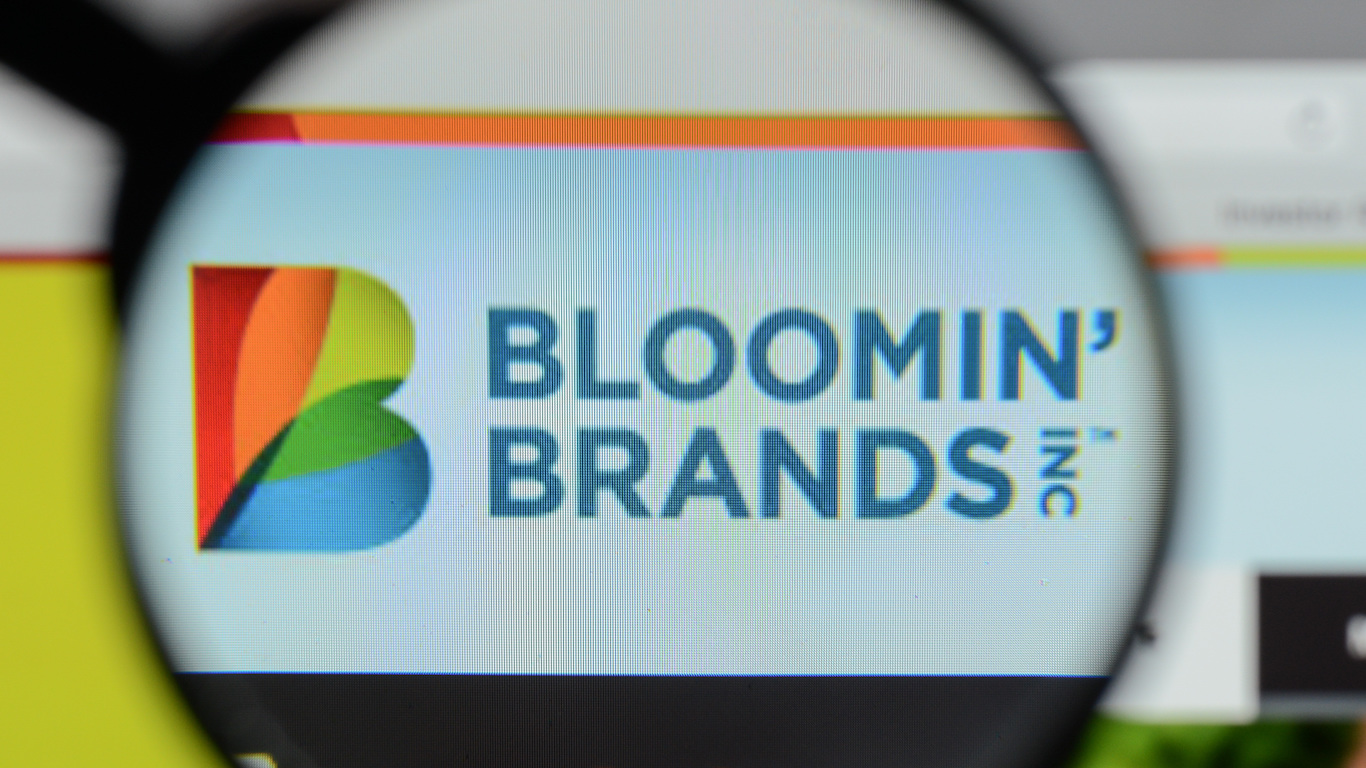 As is the case with nearly company on this list, Bloomin’ Brands CEO Elizabeth A. Smith is well compensated. In 2016, Smith earned a base salary of $1.0 million and additional $4.5 million in stock options and other bonuses. 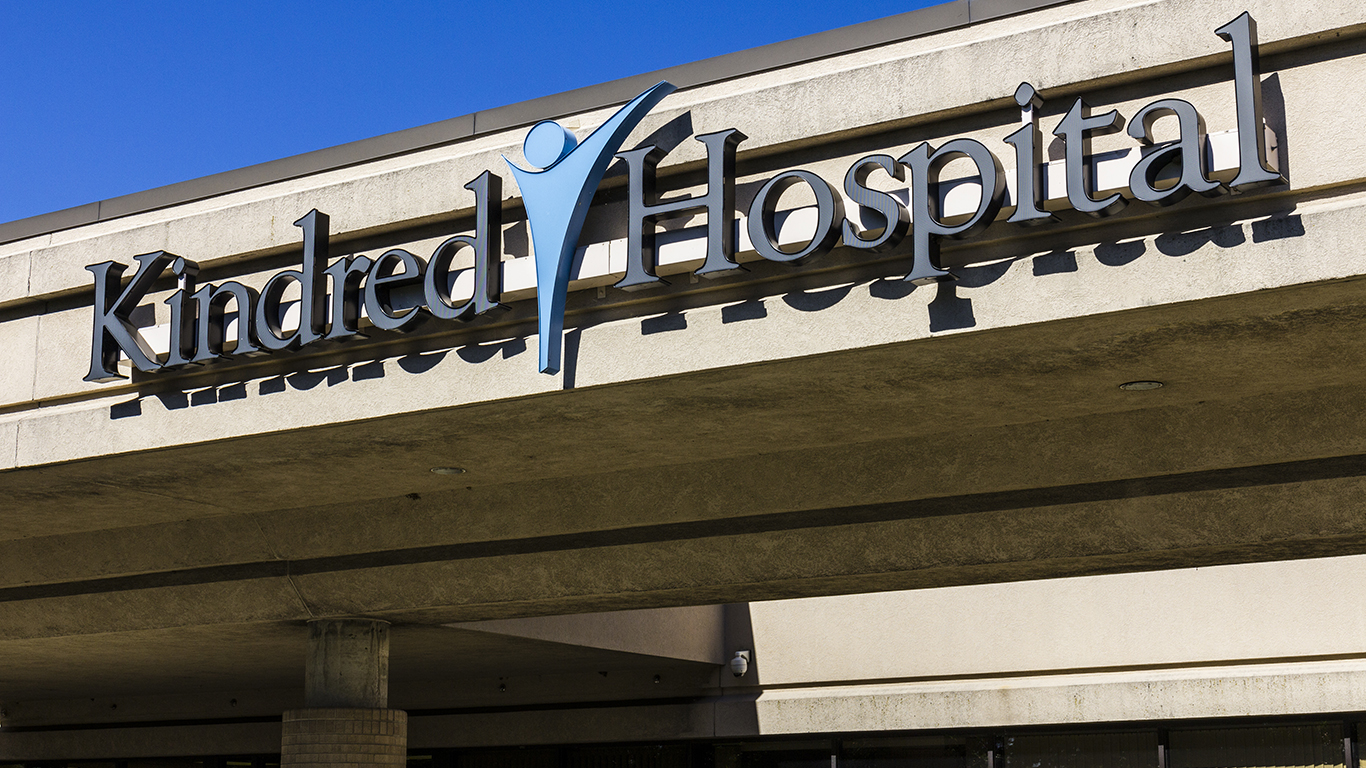 The typical worker at a continuing care retirement facility earns just $11.94 an hour, far less than the national hourly median wage of $17.81. With approximately 100,100 employees, Kindred Healthcare is nearly the largest company in the U.S. skilled nursing care facility industry. According to employee reviews posted on job review site Glassdoor, some of the drawbacks of working at Kindred Healthcare include poor pay, infrequent raises, and the lack of a 401(k) matching program. Kindred has also faced several lawsuits related to employee compensation. According to national policy resource center Good Jobs First, since 2000, Kindred Healthcare has been the subject of 15 lawsuits related to wage violations and has paid $3.3 million in settlements. 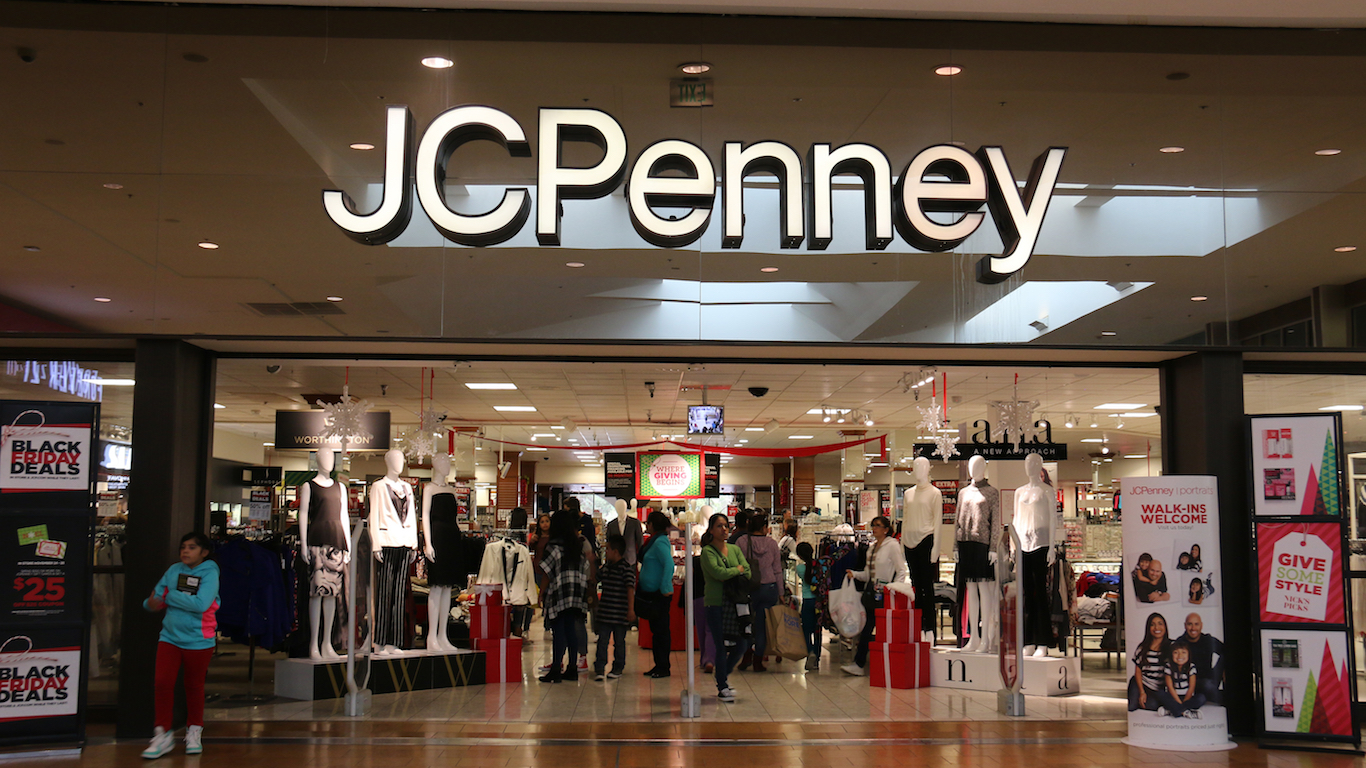 Collectively, major American department stores employ hundreds of thousands of people and pay them relatively little. J.C. Penney is among them. The company employs some 106,000 workers across over 1,000 locations nationwide. Sales associates, by far the most commonly reviewed position at the company on Glassdoor, earn an average wage of only $9.07 an hour — far less than the national median hourly wage of $17.81.

As is the case with many major department stores, J.C. Penney has been struggling for years and is facing the prospect of continued declining revenue in the coming years as online shopping continues to gain favor with American consumers. J.C. Penney’s net sales are down from $12.6 billion in fiscal 2016 to $12.5 billion in fiscal 2017. 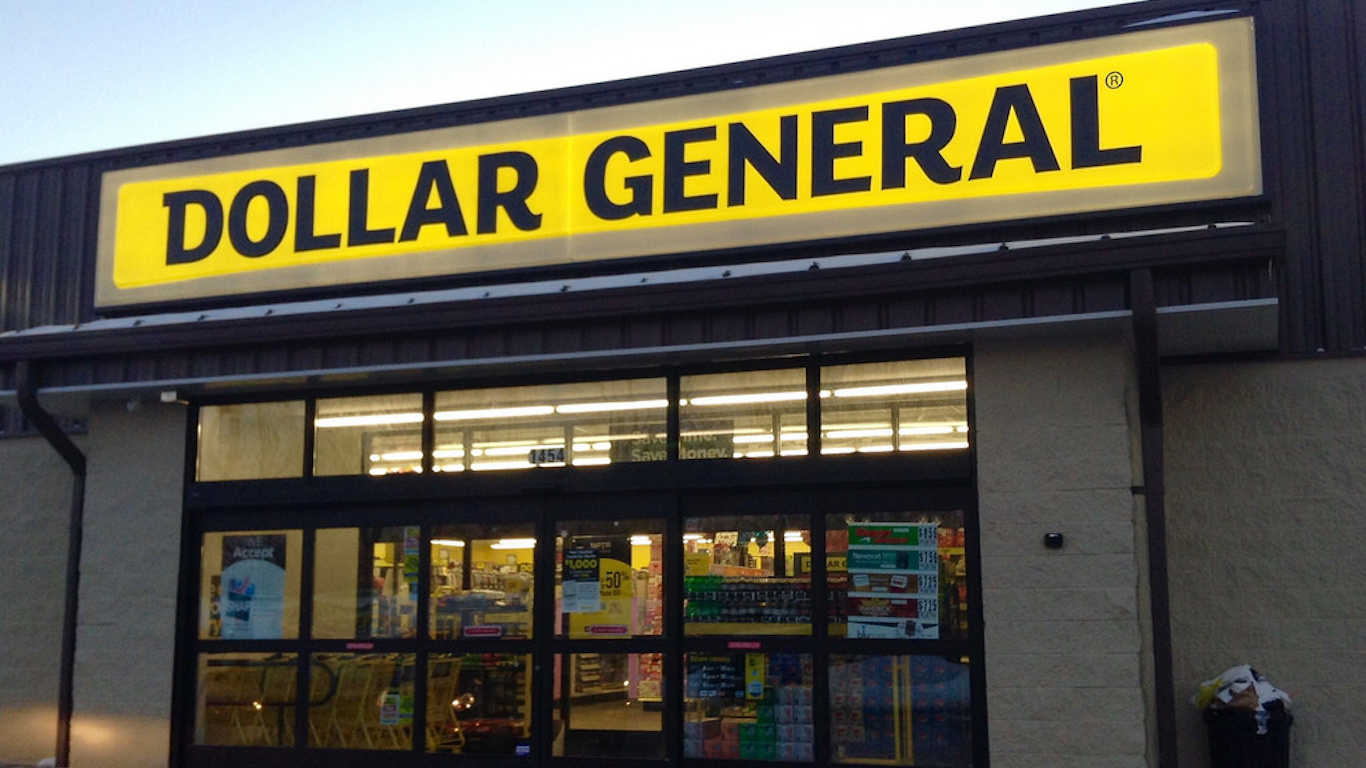 The Dollar General sells everyday products such as snacks, cleaning supplies, houseware, and beauty aids at steep discounts — as its name suggests. Selling at a discount often requires significant cost-cutting measures in order to remain profitable, and low employee wages and salaries are one way Dollar General appears to save. According to Dollar General employee reviews of the company on Glassdoor, sales associates earn only $8.81 per hour on average, far less than the national median hourly wage of $17.81.