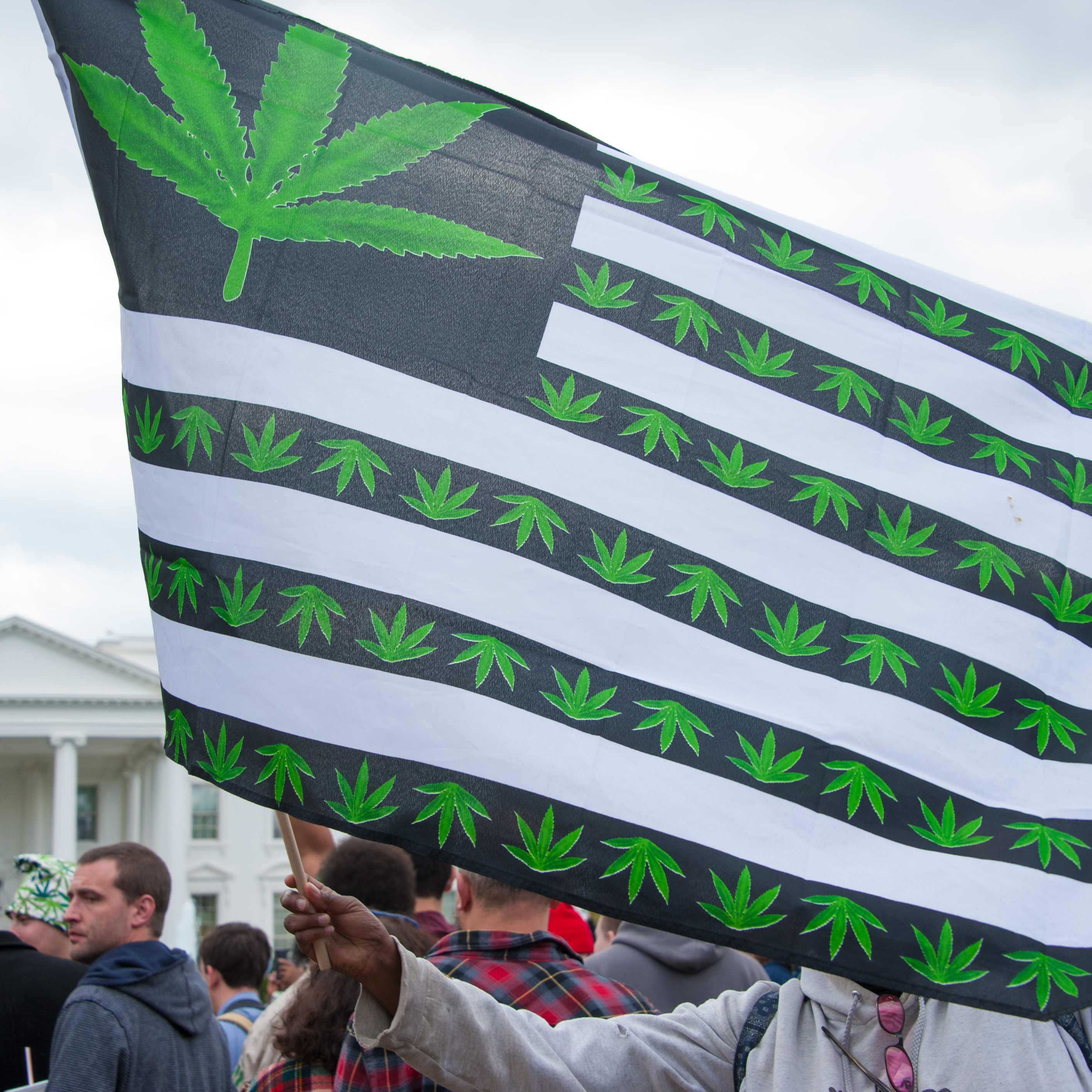 Source: Rena Schild / Shutterstock.com
A record high 64% of Americans support legalizing marijuana for recreational use, according to a 2017 Gallup Poll. Support for legalization is rooted in changing perceptions of the drug’s potential harm, as well as the prospect of hundreds of millions of dollars in marijuana sales and excise tax revenue for state governments.

The growing acceptance of marijuana among Americans has also been reflected in the ballot box. Currently, eight states and Washington D.C. have legalized recreational marijuana. Pro-pot initiatives passed in eight of the nine states in which they made it to the ballot in November 2016. Voters in Arkansas, Florida, Montana and North Dakota approved or expanded medical marijuana laws in their states. In Maine, Massachusetts, Nevada and California, voters approved recreational pot. Only Arizona’s push for full legalization failed.

All four states that legalized recreational marijuana in 2016 made 24/7 Wall St.’s list of the next states to legalize pot that same year.

Despite widespread acceptance of the drug, only about 21% of the U.S. population live in states or districts that have legalized recreational pot. In all likelihood, the share will only grow in the coming years.

Though every state to legalize pot so far has done so through ballot initiatives, going forward, states have a variety of options for making pot legal. Predicting which states will be next to legalize requires weighing a range of legal circumstances and cultural conditions. 24/7 Wall St. reviewed marijuana usage rates, existing marijuana laws, and legislative processes in each state to identify the states most likely to legalize pot next.