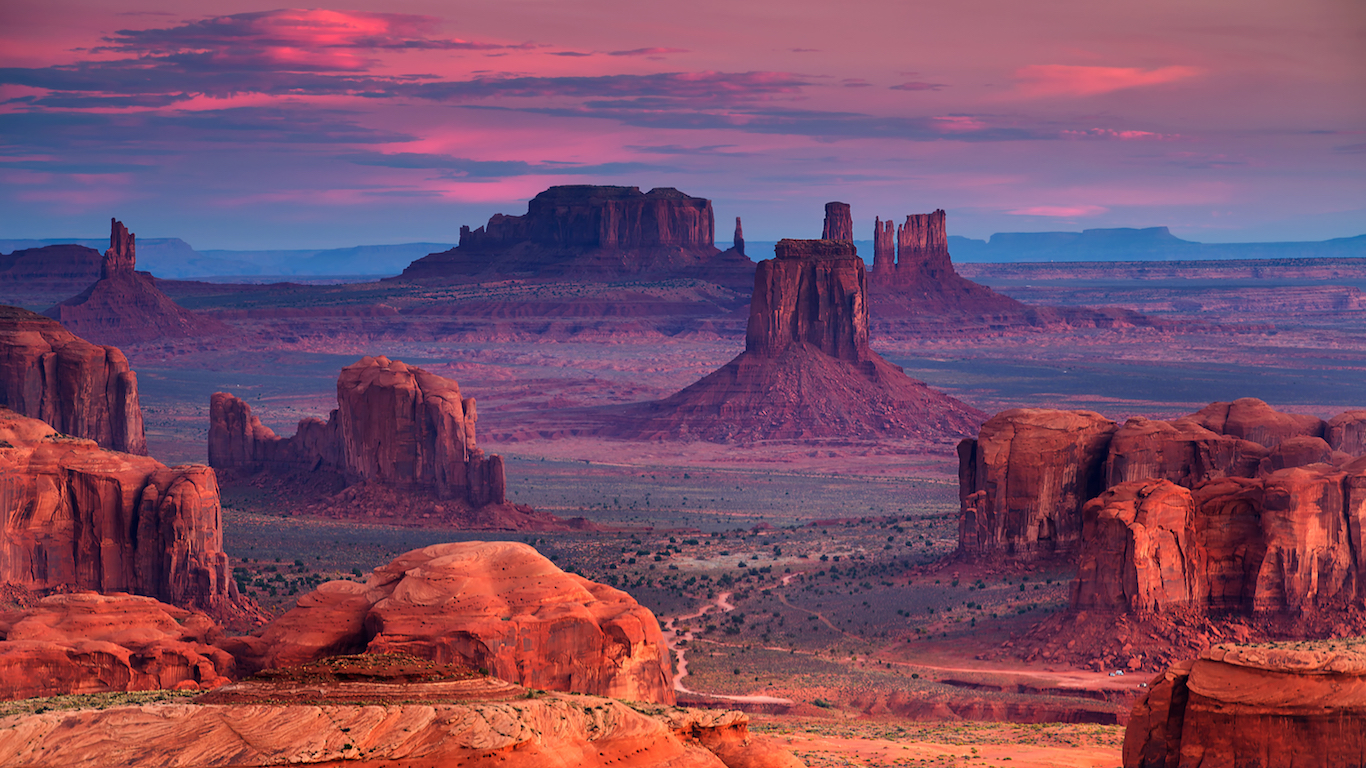 Currently, state residents with dispensary cards suffering from a range of conditions, including PTSD, severe nausea, and cancer, can legally posses as much as 2.5 ounces of marijuana for medicinal use.

As a ballot initiative state, the likelihood of Arkansas legalizing recreational marijuana use is considerably higher than that of most other states. Voters in the state recently approved Issue 6 by a 53.2% to 46.8% margin, allowing the use of medical marijuana with doctor approval for the first time. The new law may be a sign of progress for proponents of legalization, as voters in the state struck down a similar proposition as recently as 2012.

Still, the state has several potential hurdles to clear before full legalization is reality. Many voters in Arkansas may not be open to the idea of legalization, as just an estimated 11.3% of state adults 18 and older have used marijuana in the past year, a smaller share than in most states. Additionally, those caught in possession of any amount without doctor approval can face a misdemeanor, one year in jail, and a $2,500 fine.

As is the case in much of the country, Connecticut residents’ attitudes towards pot have shifted considerably in recent years. Some 39.1% of state adults 26 and older perceived great risk in monthly marijuana use in 2002. The share has since fallen to 28.8% of adults. Additionally, Connecticut’s medical marijuana program, which has been in effect since June 2012, was strengthened in 2016. That year, legislators added several new conditions to the list of those approved for medical marijuana, and the state’s Department of Consumer Protection greenlighted three new dispensaries. Even more recently, Democratic lawmakers in the state included a plan to tax and regulate marijuana in their 2017 budget proposal.

Connecticut is one several states to have decriminalized marijuana possession. First time offenders caught with less half an ounce face no more than a $150 fine. For repeat offenders, fines can be as high as $500, but still, possession of a small amount carries no criminal charges. 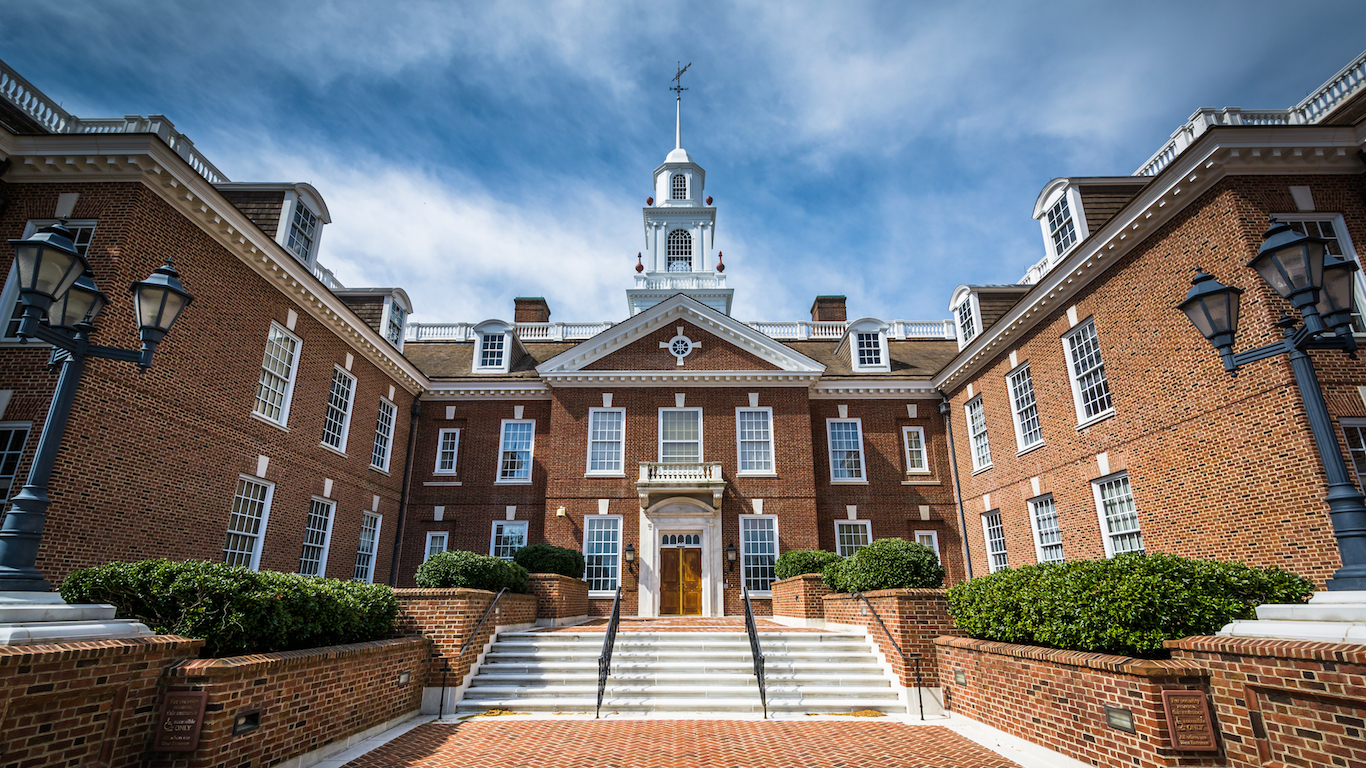 Delaware may very well be the next state to legalize recreational marijuana use, and the first in the country to do so without a ballot initiative. State lawmakers have sponsored House Bill 110, which, if passed, would regulate and tax marijuana in a similar way to alcohol. The bill made it past the Revenue and Finance Committee and will be considered by the state legislature in January 2018.

Marijuana legalization appears to have the support of voters in the state. A 2016 poll conducted by the University of Delaware found that 61% of state residents support legalization. Changing attitudes have been a long time in the making. In 2002, 41.4% of state residents 26 and older perceived great risk from monthly marijuana use. As of 2014, only 28.9% of state adults see monthly pot use as very risky. 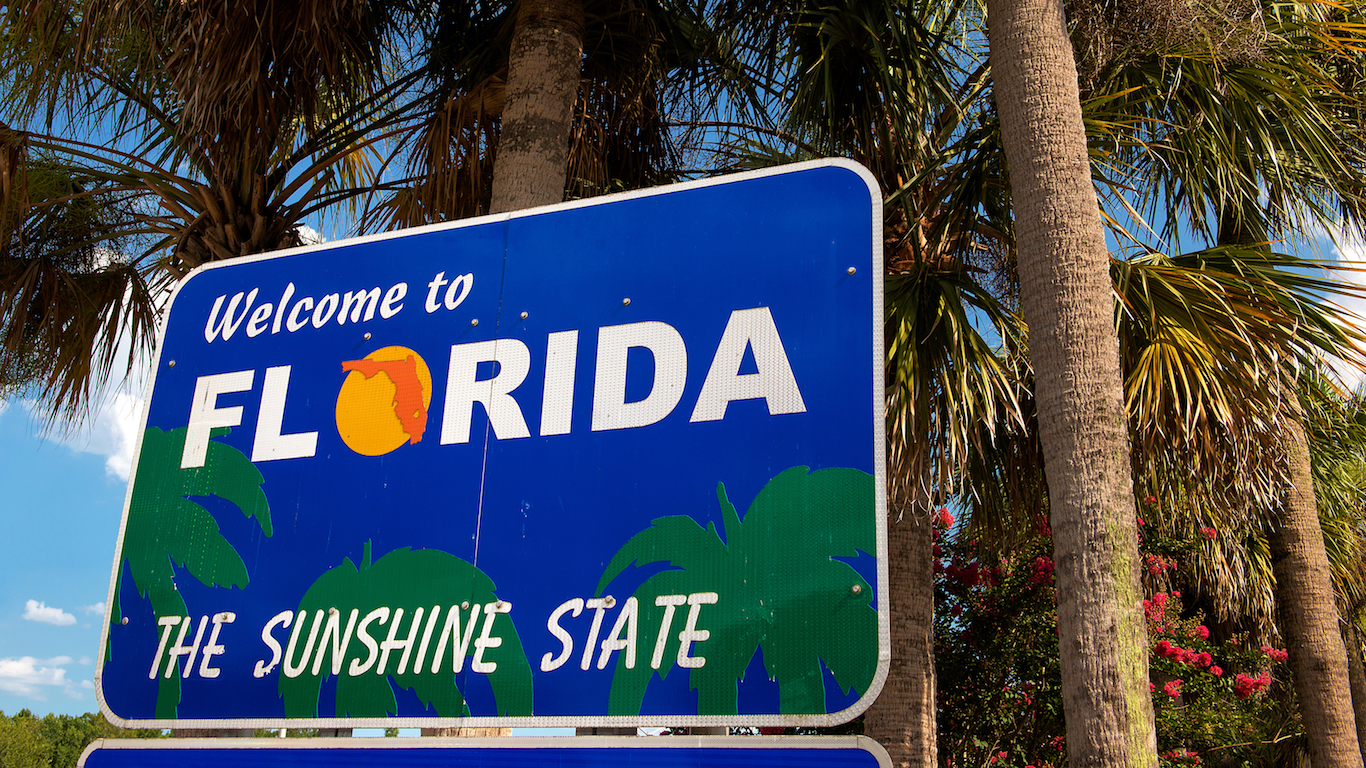 So far, every state to have legalized recreational marijuana use did so through a voter proposed ballot initiative. In November 2016, Sunshine State residents voted by a wide 71.3% to 28.7% margin to legalize medical marijuana use. Passage of the law, known as Amendment 2, means that patients suffering from a range of conditions, including Parkinson’s disease, PTSD, and glaucoma, can legally obtain and possess marijuana with a doctor’s approval.

Despite the recent constitutional amendment that suggests growing acceptance of marijuana use in Florida, recreational users in the state still face serious legal consequences. Those caught with 20 grams or less of the drug face misdemeanor charges, up to a year in jail, and fines as high as $1,000. Still, as a ballot initiative state, legalization could happen much faster in Florida than in states that do not allow voter-sponsored ballot initiatives.