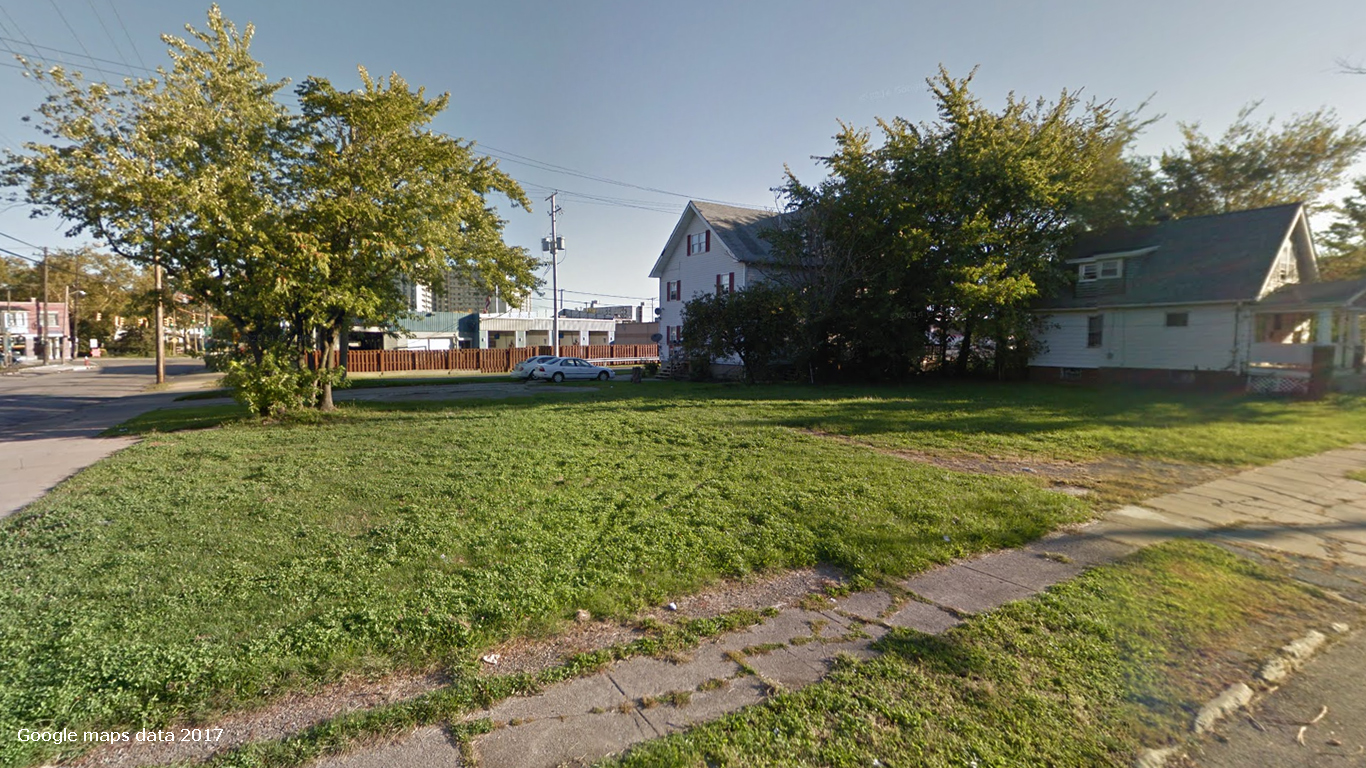 Like the majority of neighborhoods with the highest vacancy rates, Cleveland’s ZIP 44108 has some of the lowest home values, worst population declines, and a relatively high violent crime rate. These are among the factors most closely related to high concentrations of unoccupied housing units. The typical home in the neighborhood is worth less than $60,000, less than half the national median home value of $178,600. The population dropped by 12.8% to 23,403 over the last five years. And for every 100,000 residents of the surrounding metro area, there were 446 violent crimes in 2016, higher than the national violent crime rate of 386 incidents per 100,000 people. 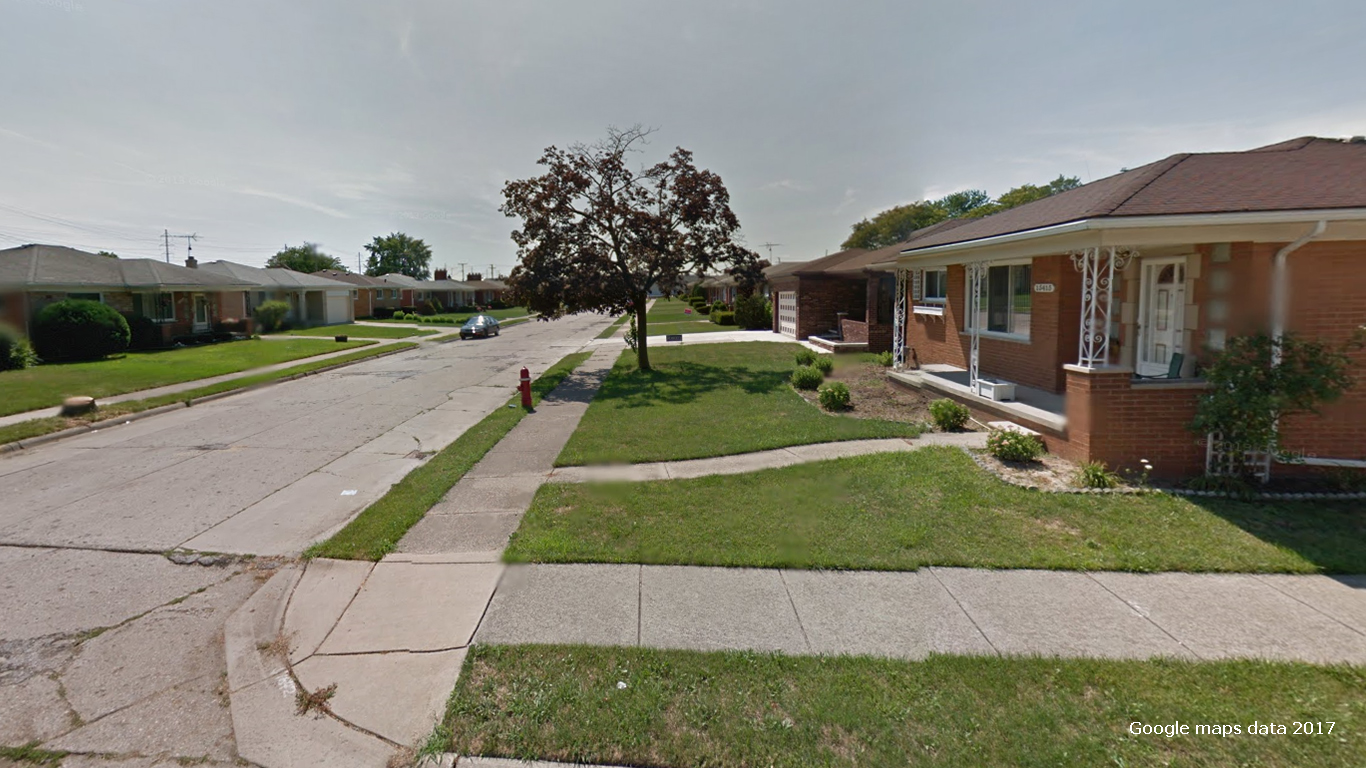 Detroit’s 48205 ZIP code stretches from East 8 Mile Road on its northern boundary down to the Coleman A. Young International Airport on its southernmost boundary. Few parts of the country are losing residents at a faster rate and have more vacant properties than this section of the Motor City. In the last five years, the ZIP code’s population has declined in size by 16.4%, and currently, about 3,000 area homes have been abandoned. 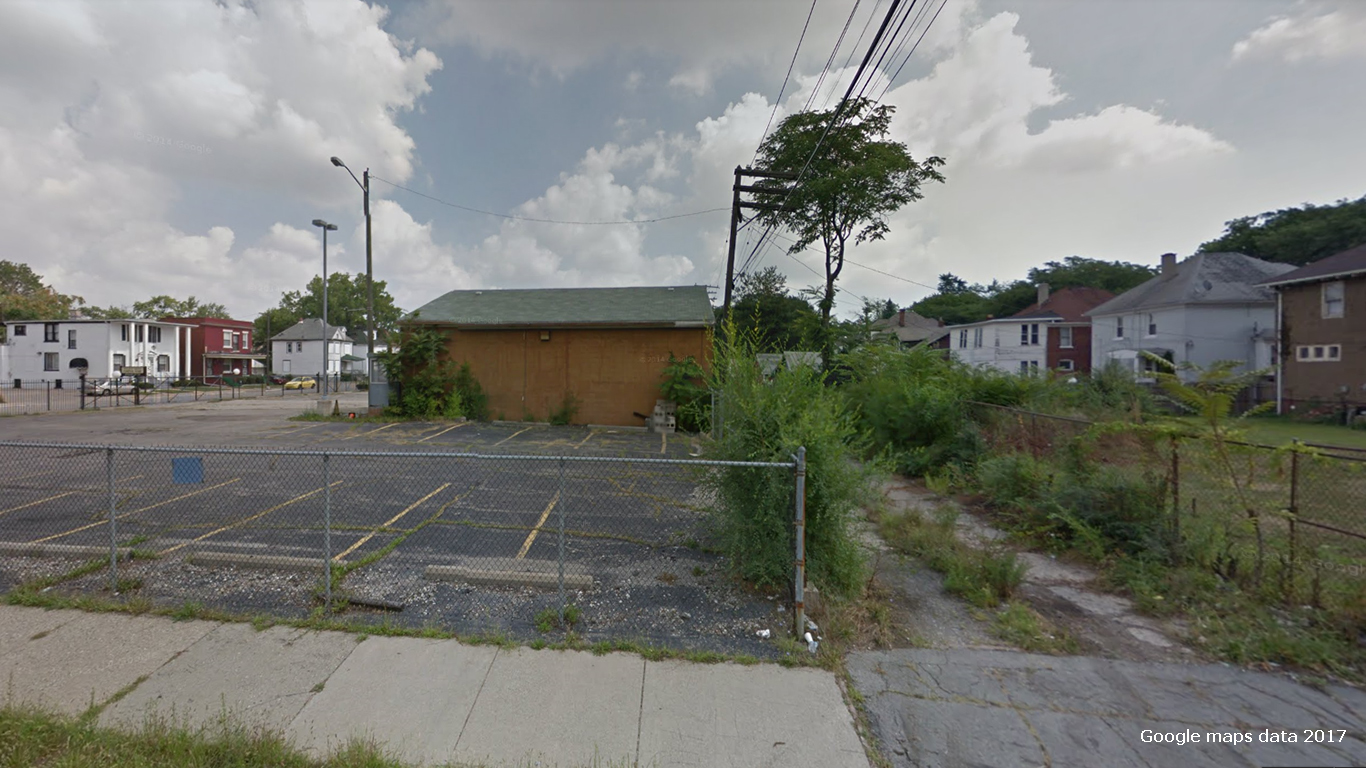 Of the 30 U.S. ZIP codes with the highest home vacancy rates, eight are in Michigan, and more than half of those are in the Detroit metro area. No section of Detroit has a higher home vacancy rate than the 48206 ZIP code. Roughly 1 in every 5 properties in the area have been abandoned and are currently vacant.

Like most other areas on this list, the 48206 ZIP code has been losing residents for years, and property values have taken a hit. In the last five years, the number of area residents fell by 20.1%. Today, the typical area home is worth only $43,000. Many of those living in the area are feeling the pinch from the depressed market. Currently, over 300 area homeowners owe more on their property than it is worth. 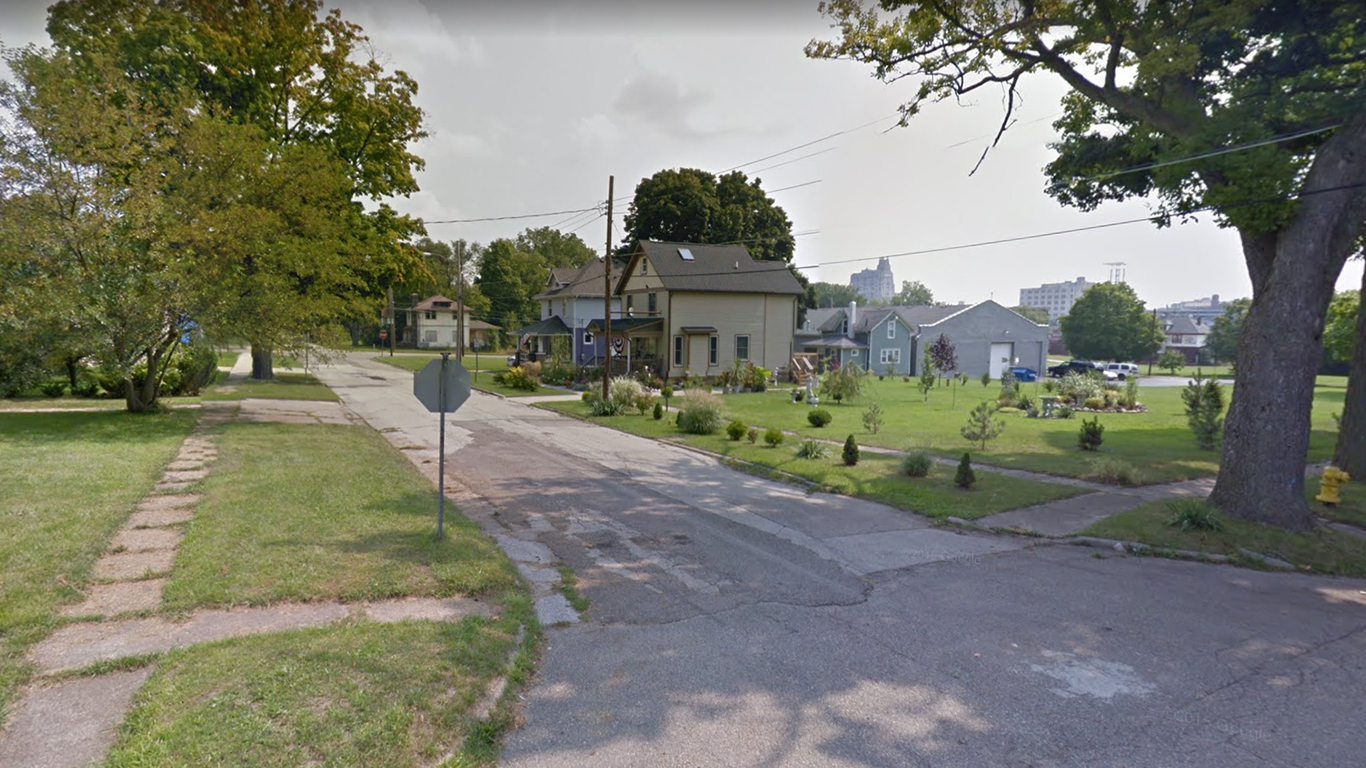 Few American cities have suffered more from economic hardship and devastating infrastructure problems in the last several decades than Flint, Michigan. Like much of the former industrial powerhouses of the Midwest, Flint’s economy has been decimated by declines in the manufacturing industry. General Motors was founded in the city over 100 years ago only to move its headquarters in the 1980s and further shut down manufacturing operations in and around the city in subsequent years. More recently, the city has garnered national media attention for elevated lead levels in the public water supply.

Over the last five years, the population of the city’s 48504 ZIP code has declined by 10%. Currently, more than 1 in every 5 area homes have been abandoned and are vacant. 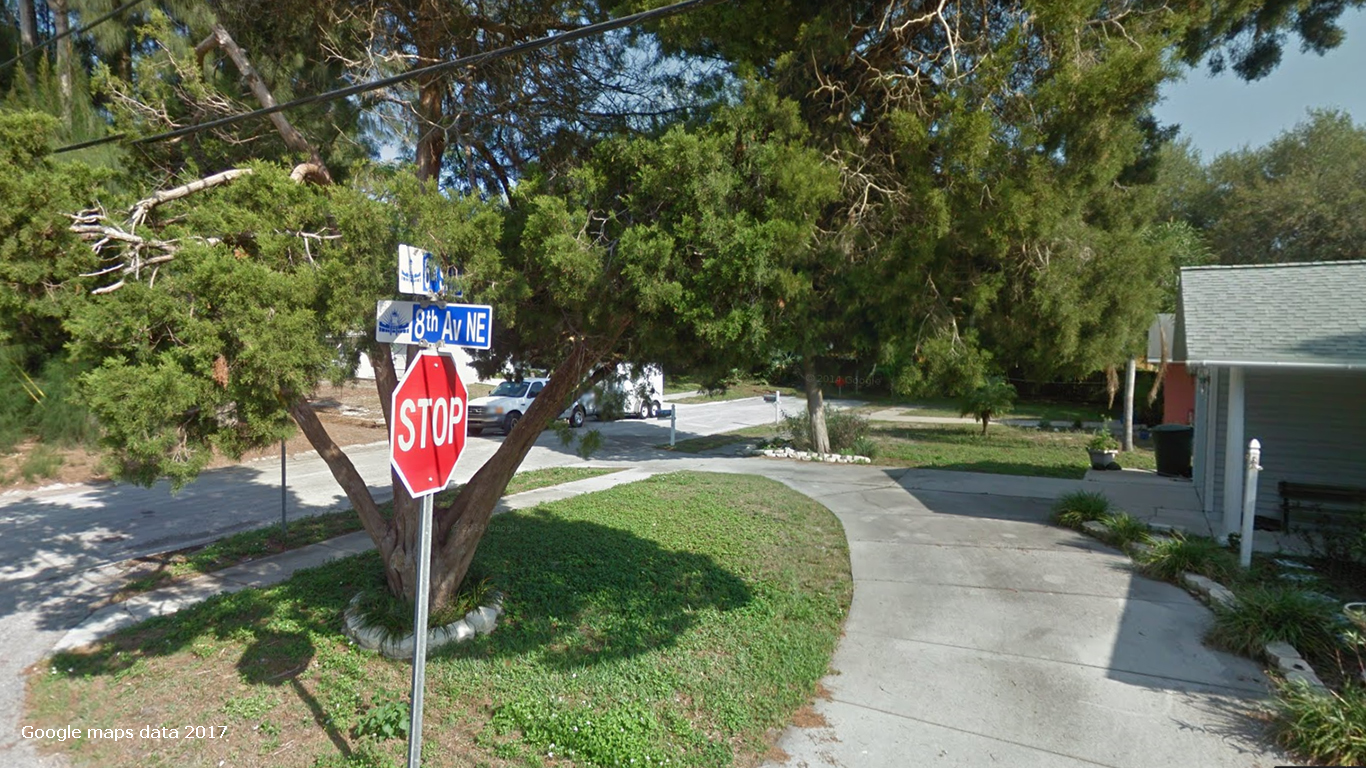 The vast majority of ZIP codes on this list are economically depressed with rapidly dwindling populations. The 33786 ZIP code in Belleair Beach, Florida is not one of them. The typical area home is worth $579,500, and the area’s population has grown by 7.4% in the last five years. The ZIP code covers part of a strip of land off Florida’s western coast in the Gulf of Mexico. While many vacant homes in the United States have been effectively abandoned, homes marked as vacant in this ZIP code likely serve as second, or vacation homes for their owners.