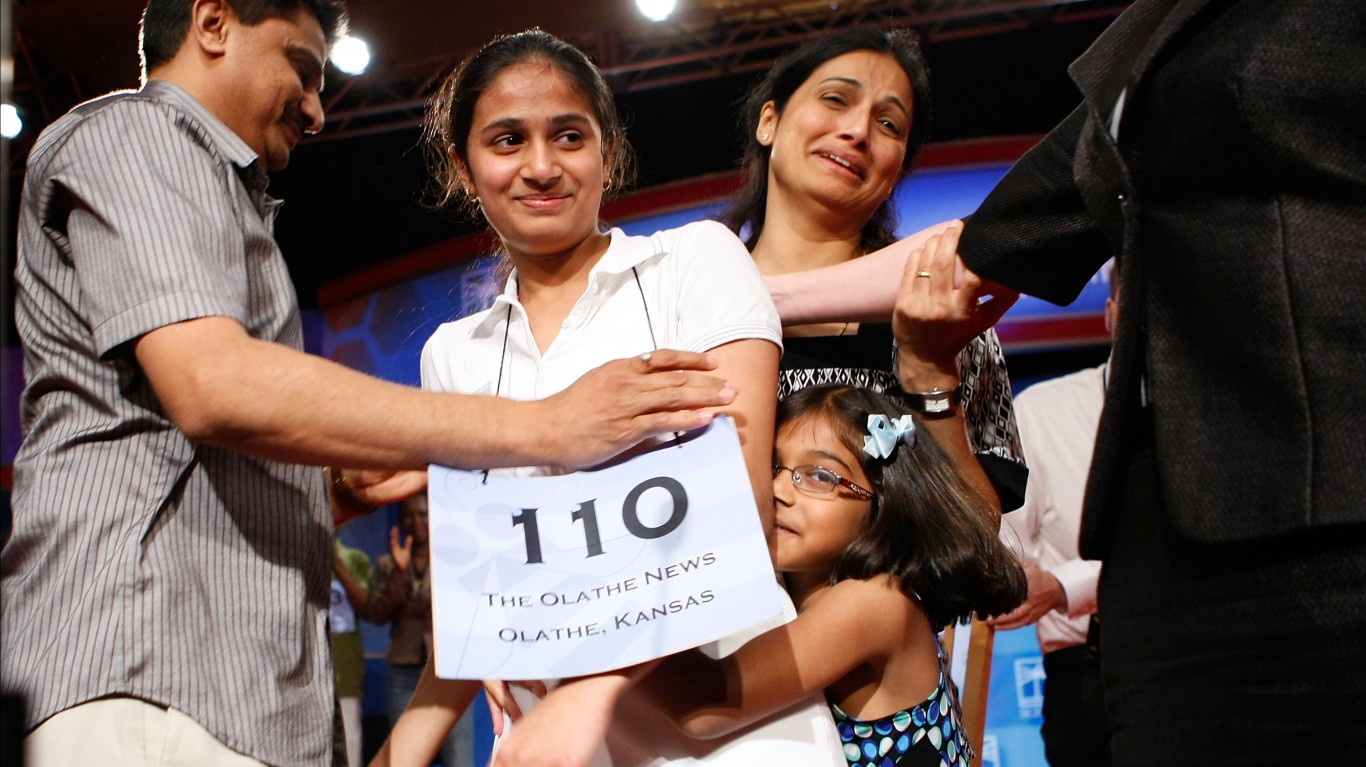 Definition: “lukewarm or indifferent in religion or politics.”

Speller: Kavya Shivashankar, 13, of Olathe, Kansas, took four tries to win the spelling bee. An article about her win at the time noted her little sister, Vanya, supporting her in the audience with a sign reading: “Go Kavya!” Six years later, Vanya would go on to win the bee as well, while Kavya would go on to study at Columbia University. The girls’ winnings are helping both of them pay for college. 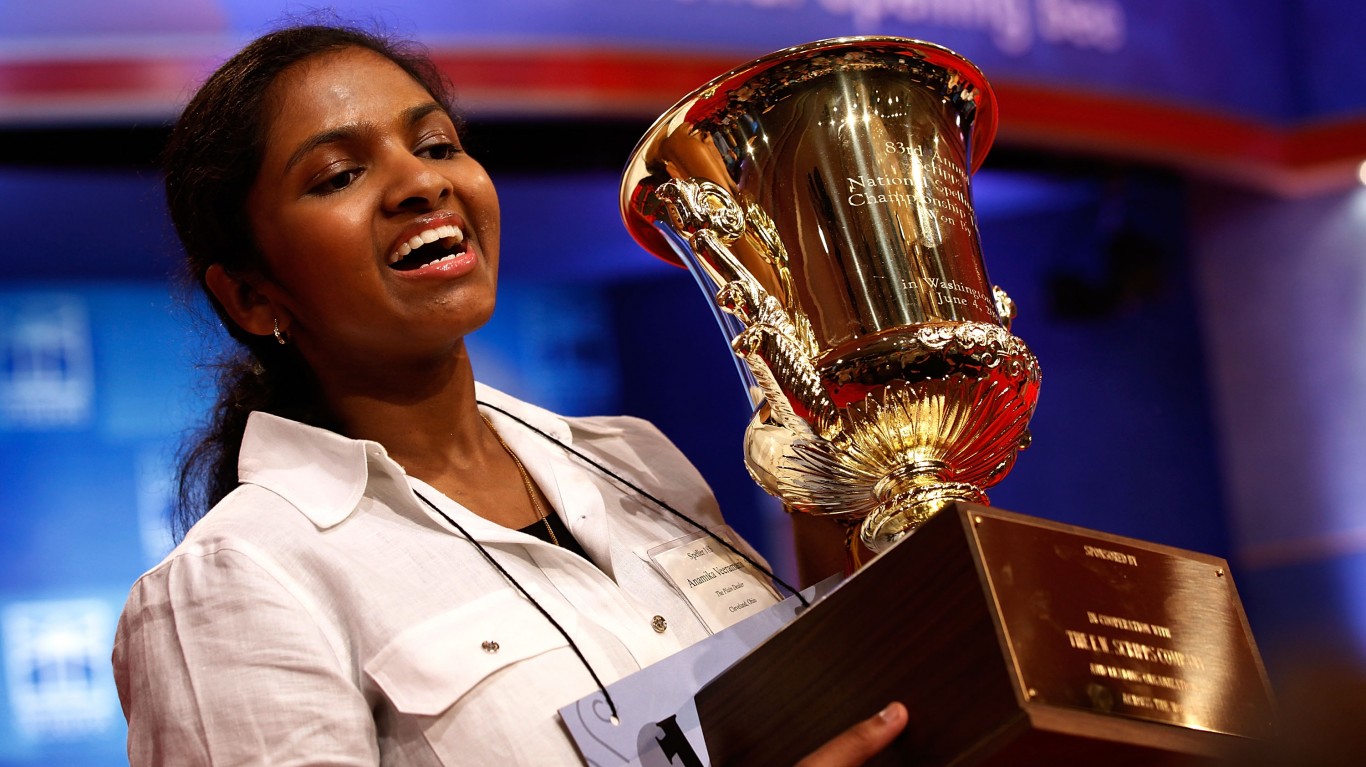 Definition: “an instrument for measuring the flow of viscous substances designed to measure the amount and speed of blood flow through an artery.”

Speller: “In the spelling bee, you really learn how to deal with failure. And dealing with those things gracefully is really important to living a good life,” said Anamika Veeramani, seven years after her win. At 14, she clinched the title after losing the year before. Today, she is pursuing a medical degree at Harvard after finishing her undergraduate degree at Yale in just three years. 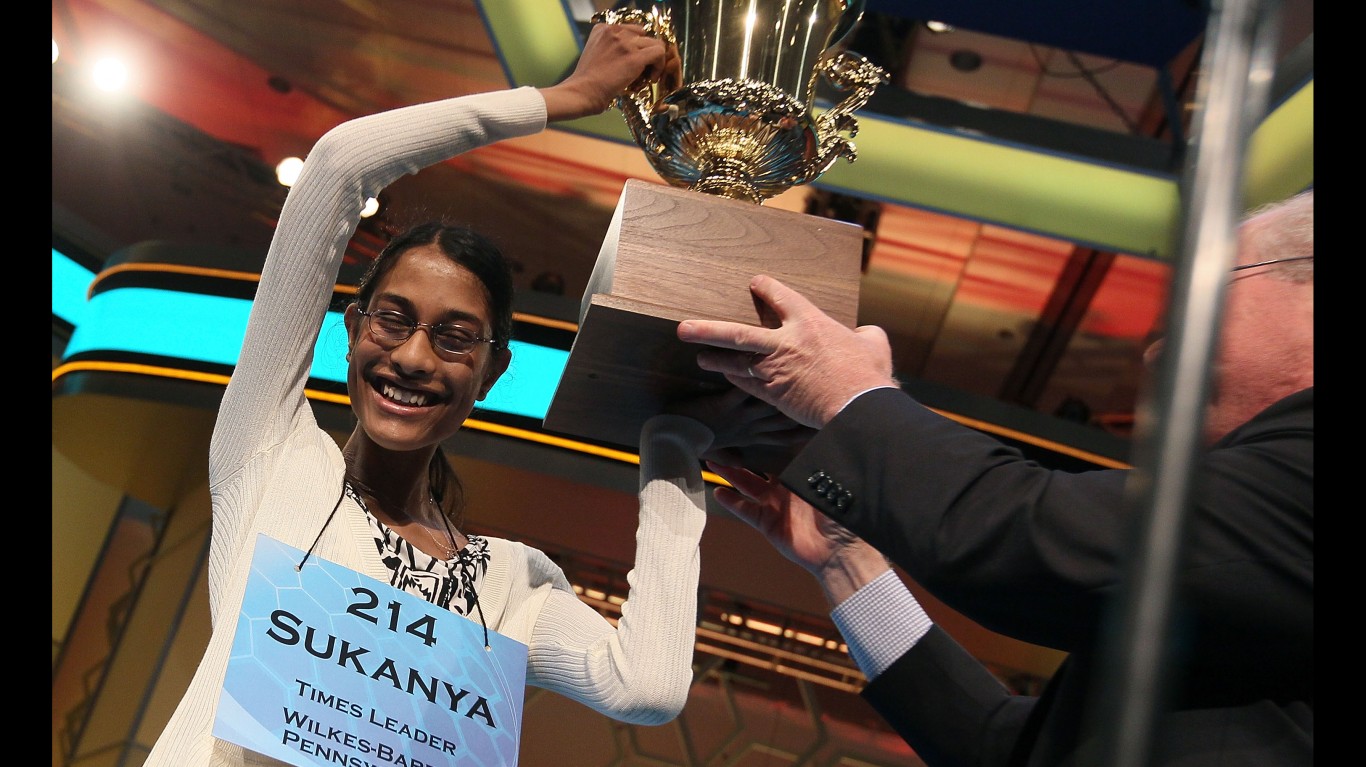 Definition: “having the hair wavy.”

Speller: In a bee that went well over the time scheduled, five spellers went for 21 rounds without a mistake, but eventually Sukanya Roy, 14, of South Abington Township, Pennsylvania won with “cymotrichous.” It was the third try for Roy, who had tied for 12th in 2009 and 20th in 2010. 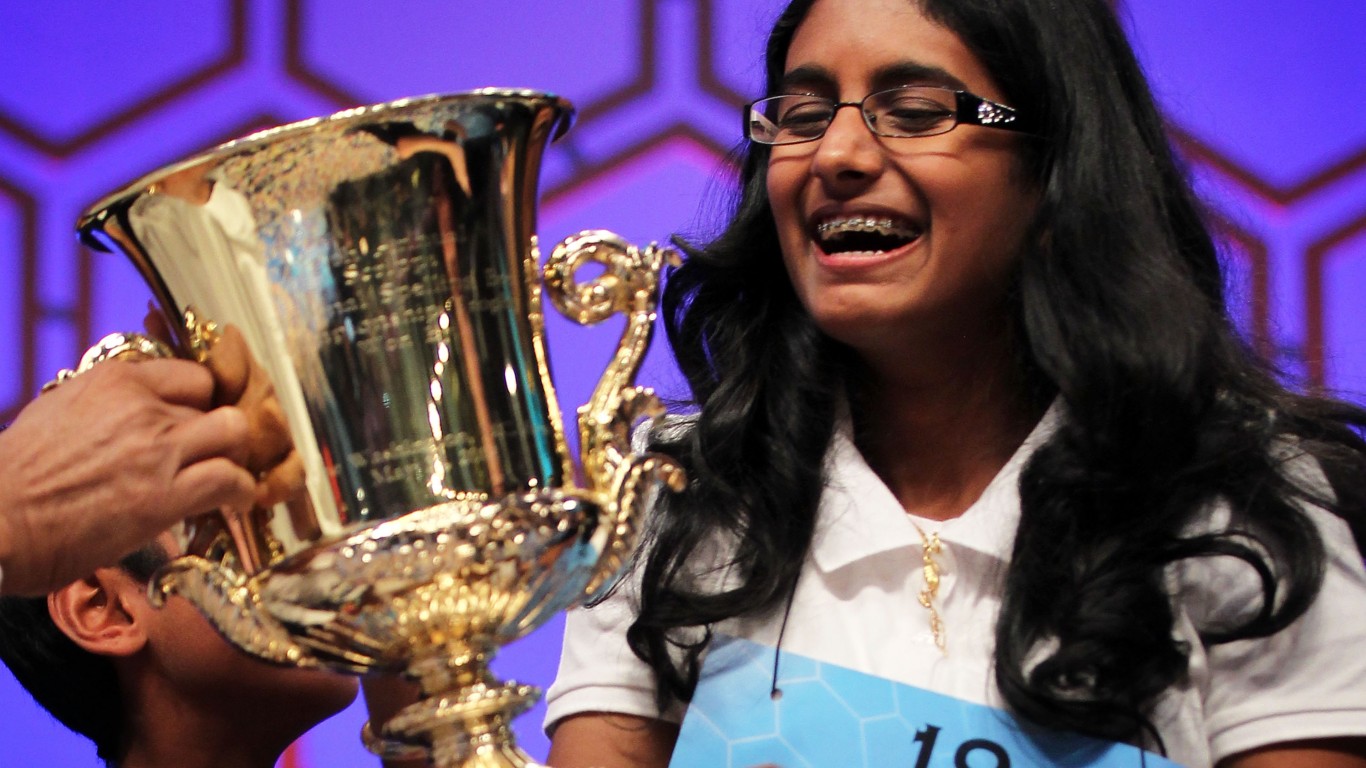 Speller: Snigdha Nandipati, 14, of San Diego, said she “knew it; I’d seen it before,” of her winning word “guetapens.” But she also added that it was not an easy win, requiring 10 to 12 hours on weekends and six hours on weekdays of studying. Today, the Yale undergrad is using those studying skills to coach other future spelling champions. 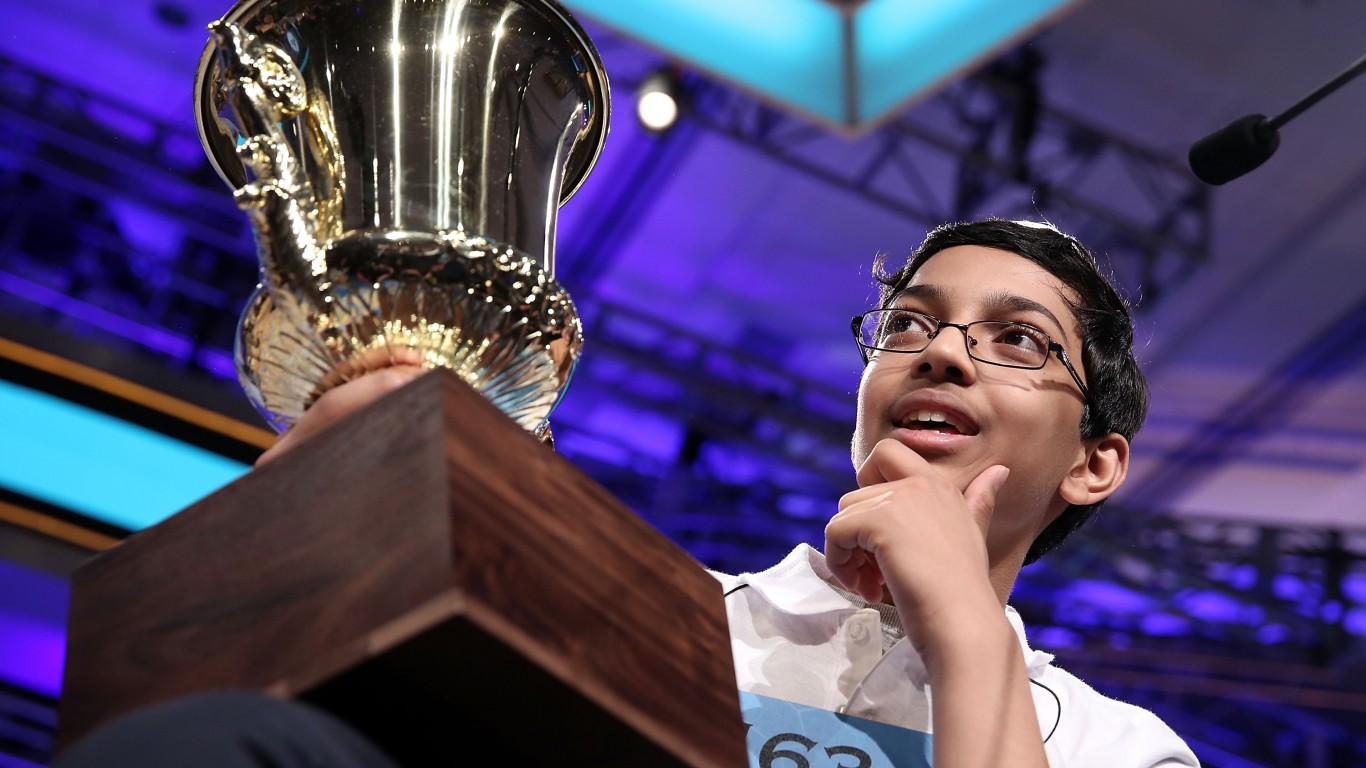 Definition: “a small mass of leavened dough cooked by boiling or steaming (as with soup, stew or fruit with which it is to be served) : a dumpling.”

Speller: Arvind Mahankali, of Queens, New York, finally became the spelling bee champion after two consecutive third-place finishes. His reaction, however, was subdued, when his big win happened. One of the bee’s viral TV moments, Mahankali remained emotionless as confetti rained down around him. “At that time, it didn’t register that I’d won,” he later explained.