13 States Where Incomes Are Booming 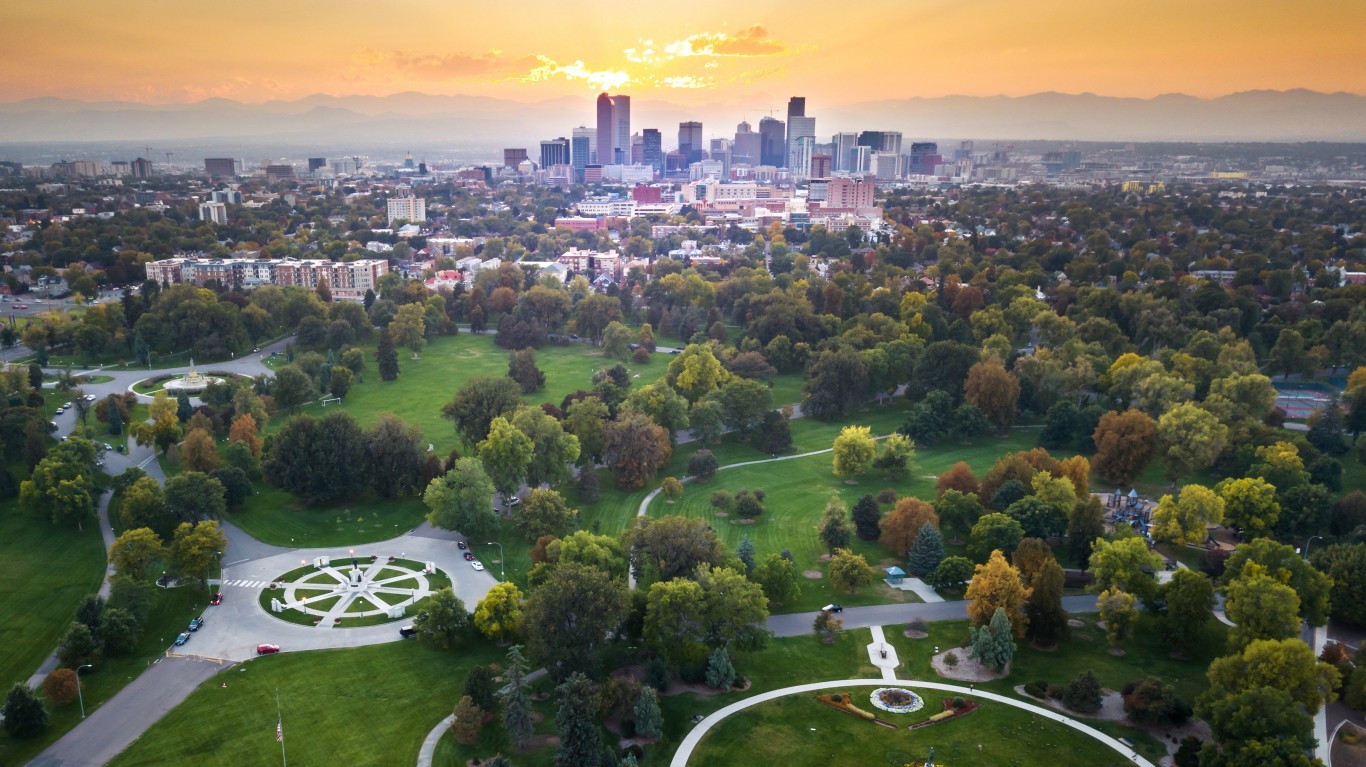 Colorado has one of the fastest growing economies in the country. Since 2008, Colorado’s GDP climbed by 20.8%, a larger increase than all but five other states and well above the 15.7% national GDP growth over that time. The growing economy has led to greater purchasing power for state residents. Per-capita real personal income climbed by 16.4% over roughly the same period, the eighth greatest increase among states.

For both individuals and broad workforces, incomes generally rise with educational attainment. In Colorado, the share of adults who hold a bachelor’s degree or higher increased from 37.5% as recently as 2012 to 41.2% — currently the second largest share of any state. 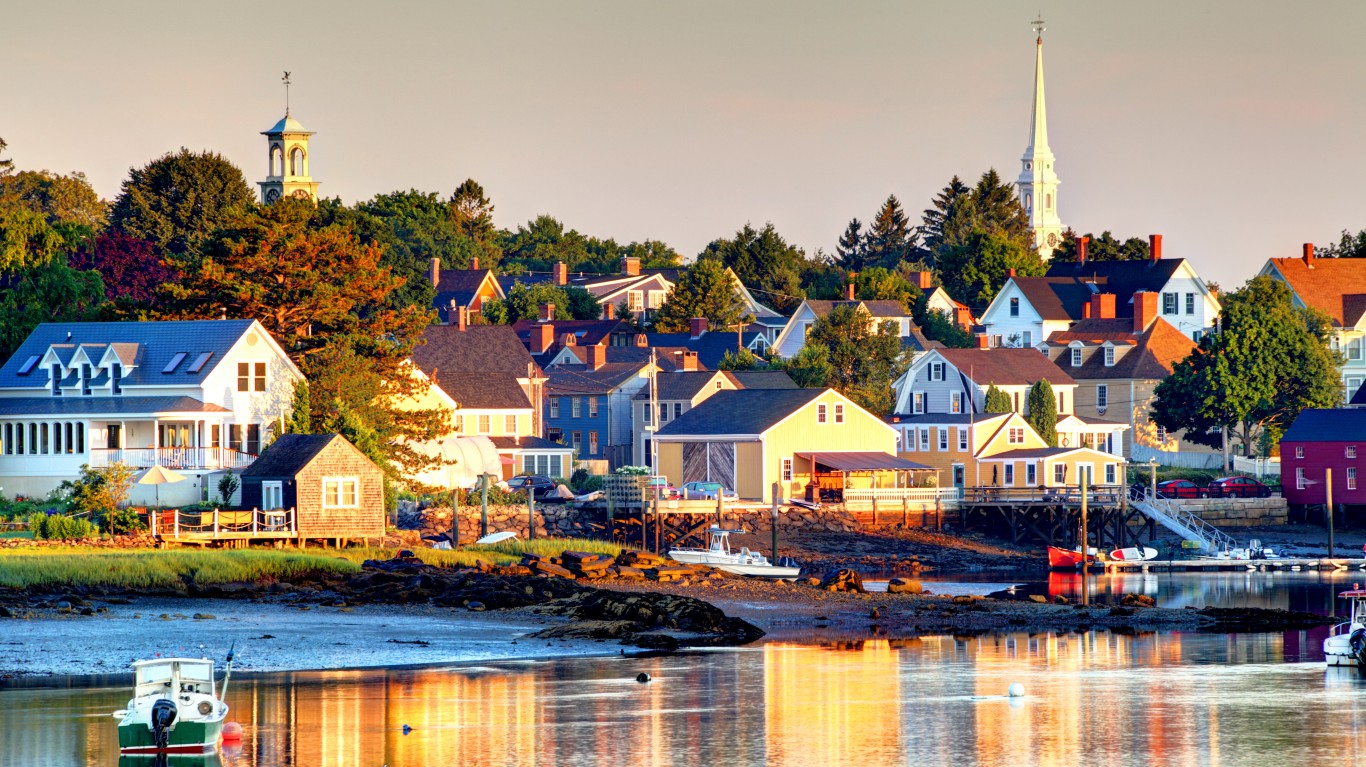 Real personal income per capita shot up by 16.4% in New Hampshire over the last decade. The spike likely helped push many in the state into higher-income brackets. Currently, 8.3% of New Hampshire households earn $200,000 or more a year, up substantially from 5.1% of households as recently as 2012.

New Hampshire’s fastest growing industry by employment over the last decade was professional and business services. Employment in the industry, which is generally high paying, climbed by 24.9% between 2008 and 2018.

See all stories featuring: New Hampshire
ALSO READ: How Much Home You Can Buy for $200K in Every State 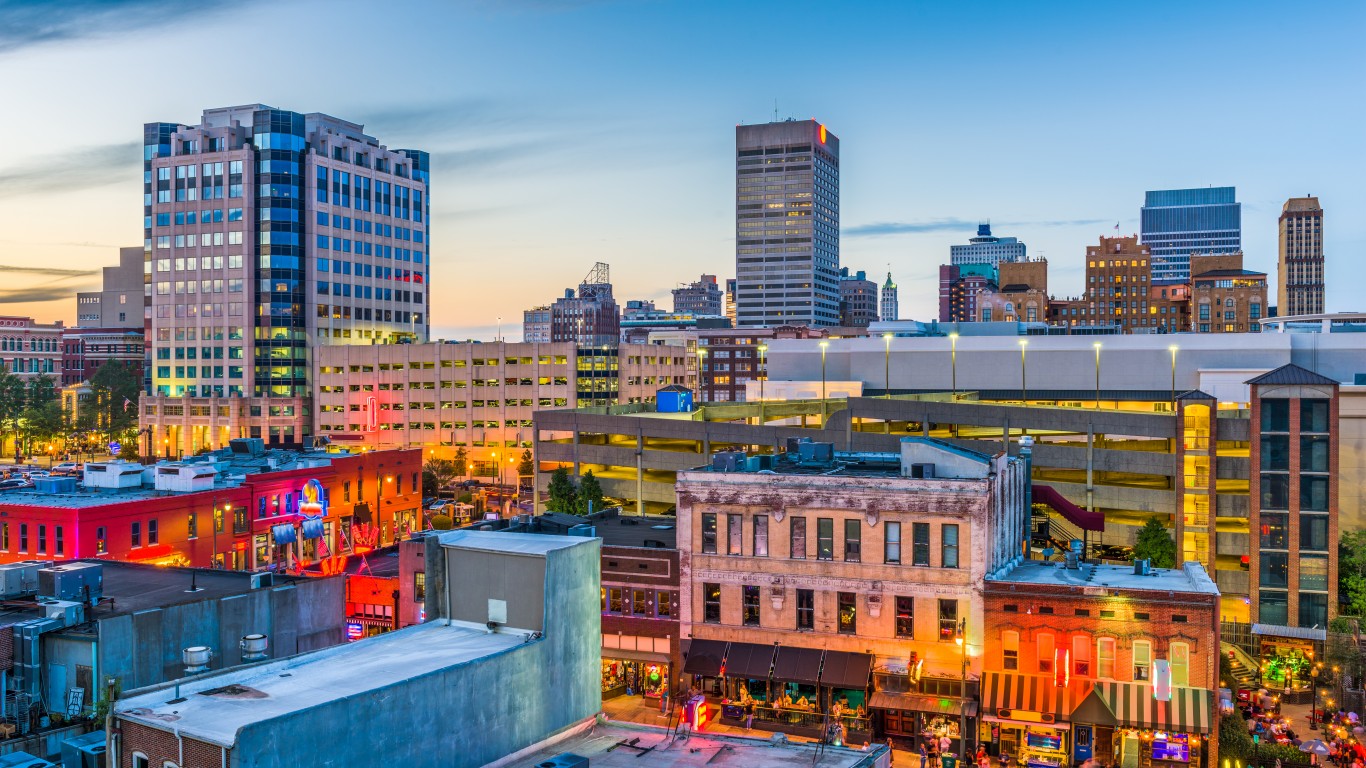 Tennessee is one of six states where real personal income per capita increased by more than 17% in the last 10 years. The greater purchasing power was boosted in part by an employment surge in the state’s professional and business services industry. The number of people working in the industry — which is higher paying than most — climbed by 28.3% between 2008 and 2018, the most of any industry in the state.

Climbing incomes have had a meaningful effect in improving the quality of life of many of Tennessee’s poorest residents. In the last five years alone, the state’s poverty rate fell from 17.9% to 15.0%. 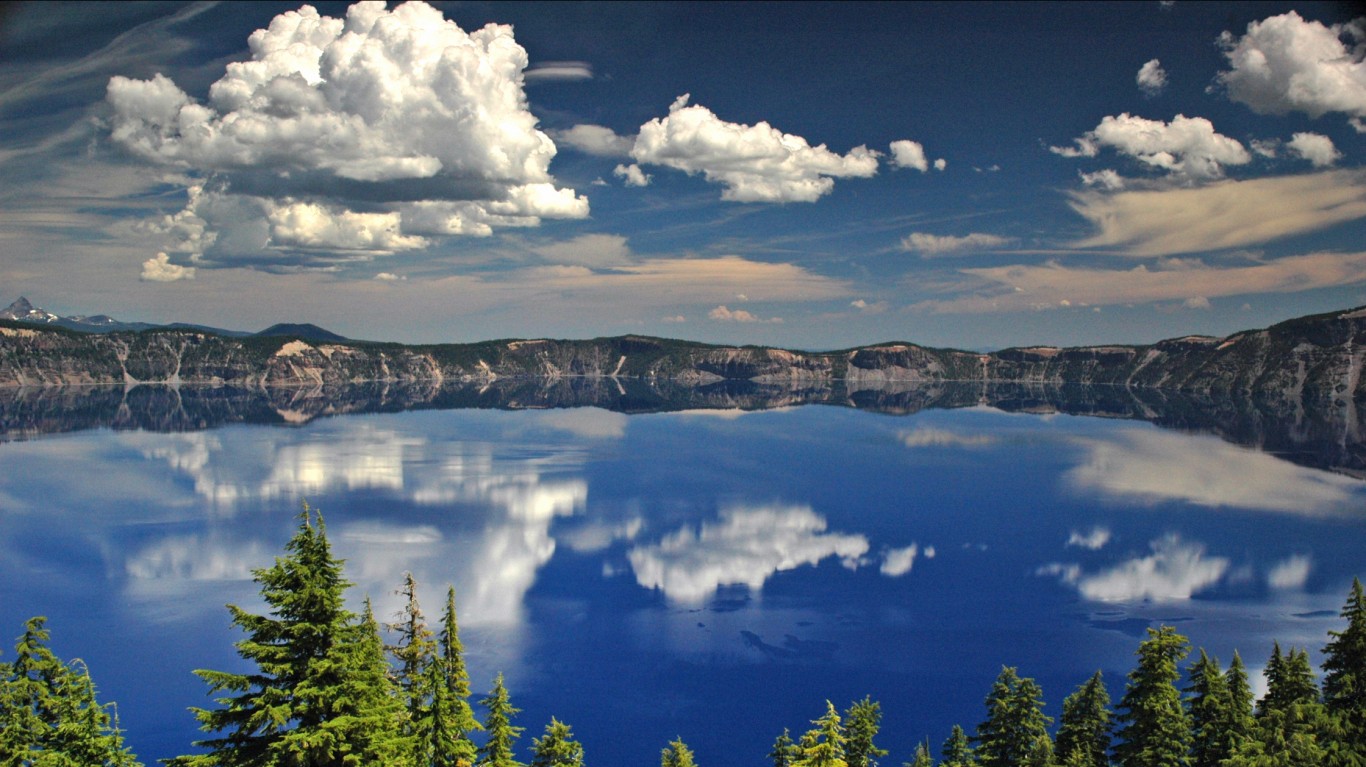 The rising incomes in the state are likely partly the result of a climbing bachelor’s degree attainment rate. Better-educated Americans typically earn higher incomes, and the share of college-educated adults in Oregon climbed to 33.7% from 29.9% in just the last five years. 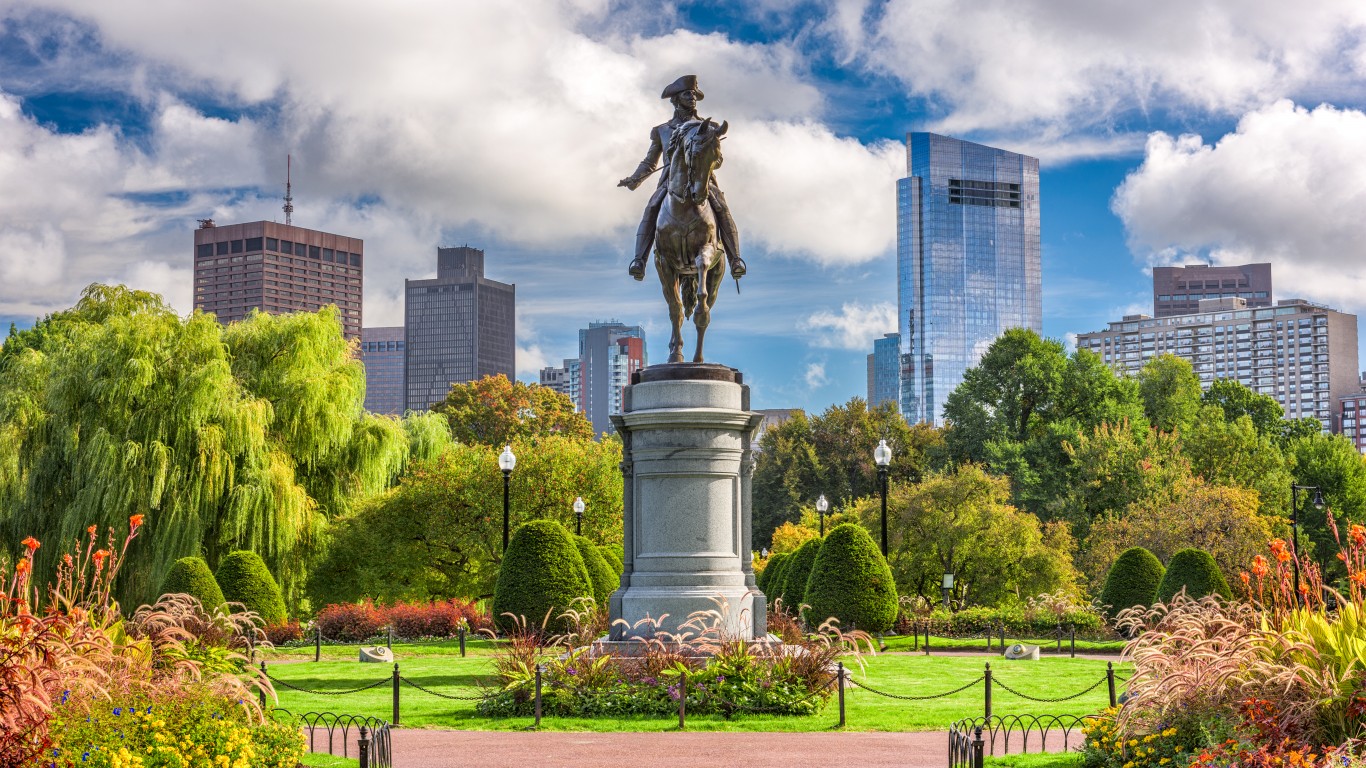 Massachusetts is the most educated state in the country — and the state’s college-educated population is also the fastest growing in the country. Currently, 43.4% of adults in the state have a bachelor’s degree or higher, up by a nation leading 4.1 percentage points since 2012. For reference, the share of adults with a bachelor’s degree nationwide climbed 2.9 percentage points in the last five years to 32.0%.

Incomes typically rise with educational attainment, and in Massachusetts, real personal income per capita jumped by 17.6% since 2008, the fourth largest increase among states.