It took a special act of the U.S. Congress to admit Montana as the 41st state in 1889. Although Montana is now the fourth-largest state in land area, comprising just over 145,470 square miles, its population is among the smallest, with an estimated 1.07 million residents, or about 7.34 people per square mile. The state ranks near the middle of the best states to live in list, based on key measures like its unemployment rate, poverty rate and average life expectancy at birth.

Rapid population growth often indicates how attractive a state is to new residents and their families. Over the 10-year period to 2019, Montana’s population grew by 9.0%, faster than most states, and well above the national average of 6.6%.

The unemployment rate in 2018 was 3.7%, slightly below the national rate of 3.9%. The percentage of residents living below the poverty line totaled 13.0%, just under the national average of 13.1%.

With a 2018 gross domestic product (GDP) of $49.0 billion, Montana’s economy is the third smallest among the states. Its largest industry is hospitals, which employ more than 25,000 people statewide and generate about 4.4% of the state’s total GDP. Between 2013 and 2018, the GDP growth rate in Montana was the 11th smallest among the states at 2.6%, compared to a national growth rate of 4.1%. The state’s GDP grew a scant 0.9% year over year in 2018, placing Montana as the fourth-slowest growing state.

With a near-average unemployment rate and an underemployment rate of 7.5%, Montana is a relatively difficult state in which to find full-time work. That may be due in part to the state’s high proportion of workers with a high school diploma. Some 93.0% of the state’s residents have a high-school diploma, the third-largest share in the nation. Montana’s median household income of $55,328 is lower than in most other states. The national median in 2018 was $63,179.

The retirement-age population in the United States is projected to nearly double between 2018 and 2060. For many Americans entering their golden years, living somewhere that is warm -- ...
Read Full Story »

States Where Americans Are Paying the Most Taxes

With Tax Day -- April 15, 2020 -- drawing ever closer, Americans from all corners of the country will be completing and submitting their 1040 forms to the Internal ...
Read Full Story »

Worst Cities to Drive in Every State

There were over 36,000 fatalities from traffic accidents in the U.S. in 2018. Most of these accidents took place in major metropolitan areas that often have large highways and ...
Read Full Story »

The Average Price of Wine in Every State

The world’s most expensive wine in the world in recent years was probably an Australian vino. The Penfolds Ampoule Bin 42 Kalimna Cabernet Sauvignon 2004 has a price tag ...
Read Full Story » 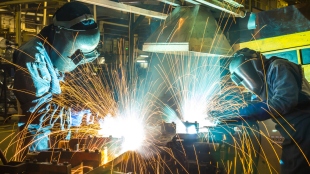 Starting a business can be very challenging. According to the U.S. Small Business Administration, about half of all new businesses fail within their first five years. There are countless ...
Read Full Story »

Amplifying concerns over the novel coronavirus named COVID-19, the United States is enduring a particularly bad flu season. There are currently 13 confirmed cases of the coronavirus in the United ...
Read Full Story »

As the 2020 election has brought income inequality to the forefront of American politics, billionaires are under scrutiny across the nation. Every state has residents worth hundreds of millions, ...
Read Full Story »

States Where the Most (and Fewest) People Vote in the Primaries

The 2020 presidential nomination process begins Feb. 3 with the Iowa Caucuses, followed by the New Hampshire primary on Feb.11. Candidates from both parties battle it out during primaries ...
Read Full Story » 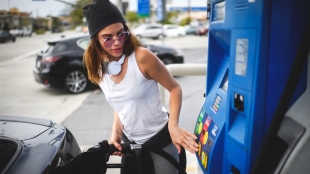 States With the Lowest and Highest Gas Taxes

How much Americans pay at the pump depends on several factors -- primarily, the price of crude oil, which is determined in large part by global supply and demand. ...
Read Full Story »

States With the Lowest (and Highest) Cancer Rates

The fear that comes with a cancer diagnosis has roots in the disease’s killer nature. Cancer is the second leading cause of death worldwide, killing more than 9 million people ...
Read Full Story »

People have long been fascinated with very long words and extremely long names in particular. A famous example is the Welsh village of Llanfairpwllgwyngyllgogerychwyrndrobwllllantysiliogogogoch, or Llanfair PG, for short. Names ...
Read Full Story »

The Most Tax-Friendly States for the Rich

Wealthier Americans tend to pay a smaller share of their income in state and local taxes than lower-income Americans. According to a 2018 report released by The Institute on ...
Read Full Story »

States With the Most Veterans

The United States continues to wield its global military dominance in wars and armed conflicts around the world. While the vast majority of Americans will never go to war, ...
Read Full Story »

City in Every State With the Most Billionaires

While other parts of the world might have the United States beat when it comes to income per capita or providing financial security for all its citizens, no country ...
Read Full Story » 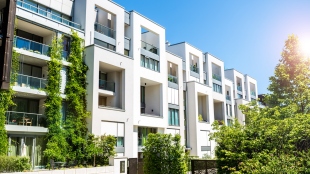 How Every State’s Population Changed in the Last Year