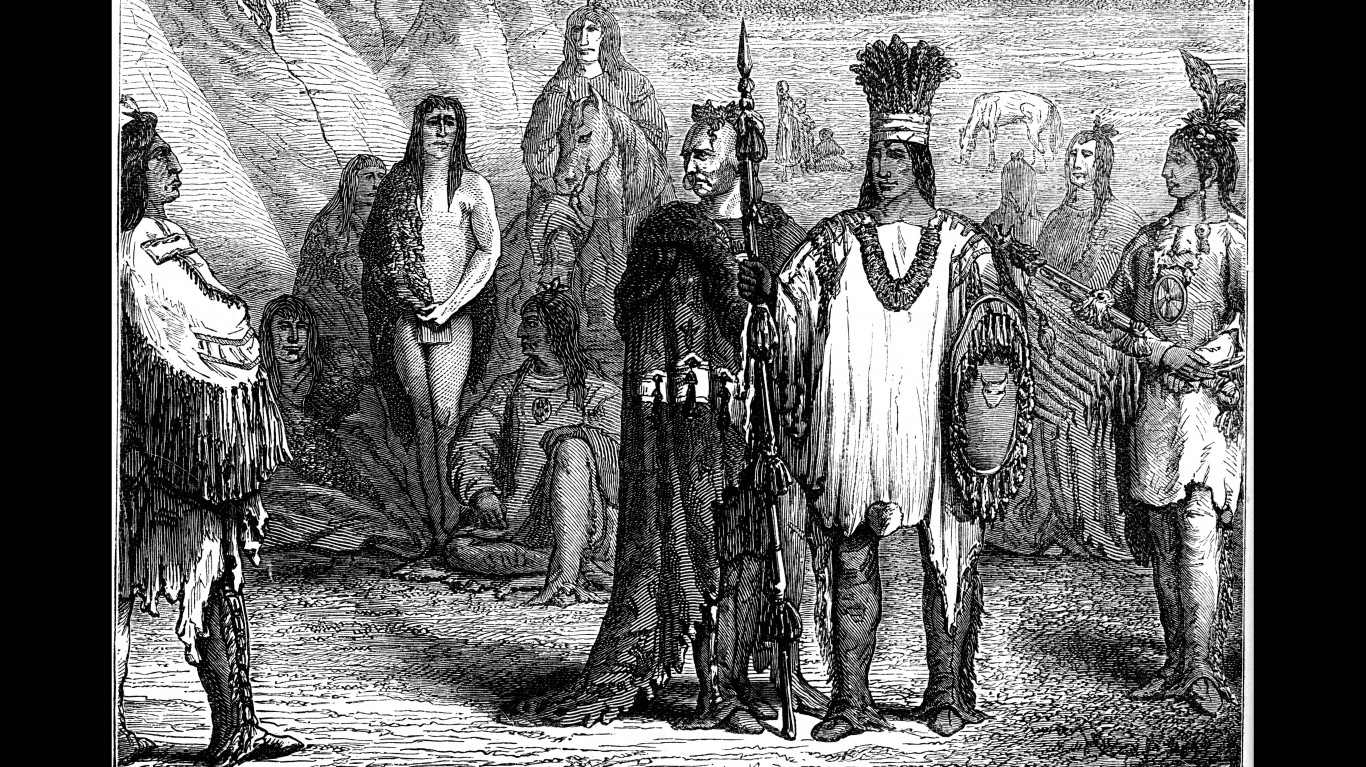 Alabama was named after the Albaamaha tribe, who were part of the Creek Confederacy. The word appears to be a combination of two Choctaw words, alba (“plants”) and amo (“to cut or gather”), and it’s theorized that the Choctaws described their neighbors — who were known to practice agriculture — as albaamo (“plant gatherers”) and the name stuck. 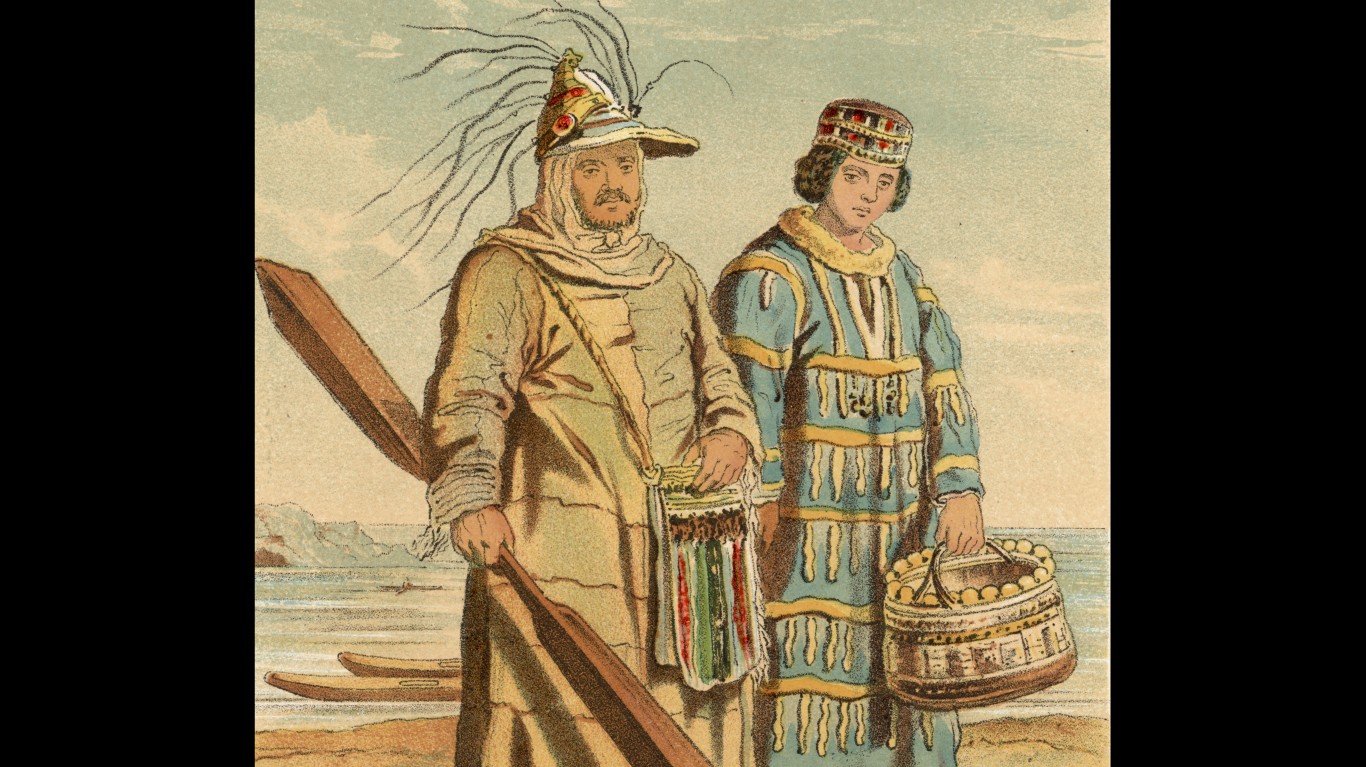 Natives of the Aleutian Islands, the Unangan, called the landmass to their east alaxsxaq, which means “place the sea crashes against.”

See all stories featuring: Alaska
ALSO READ: The Worst Counties to Live In 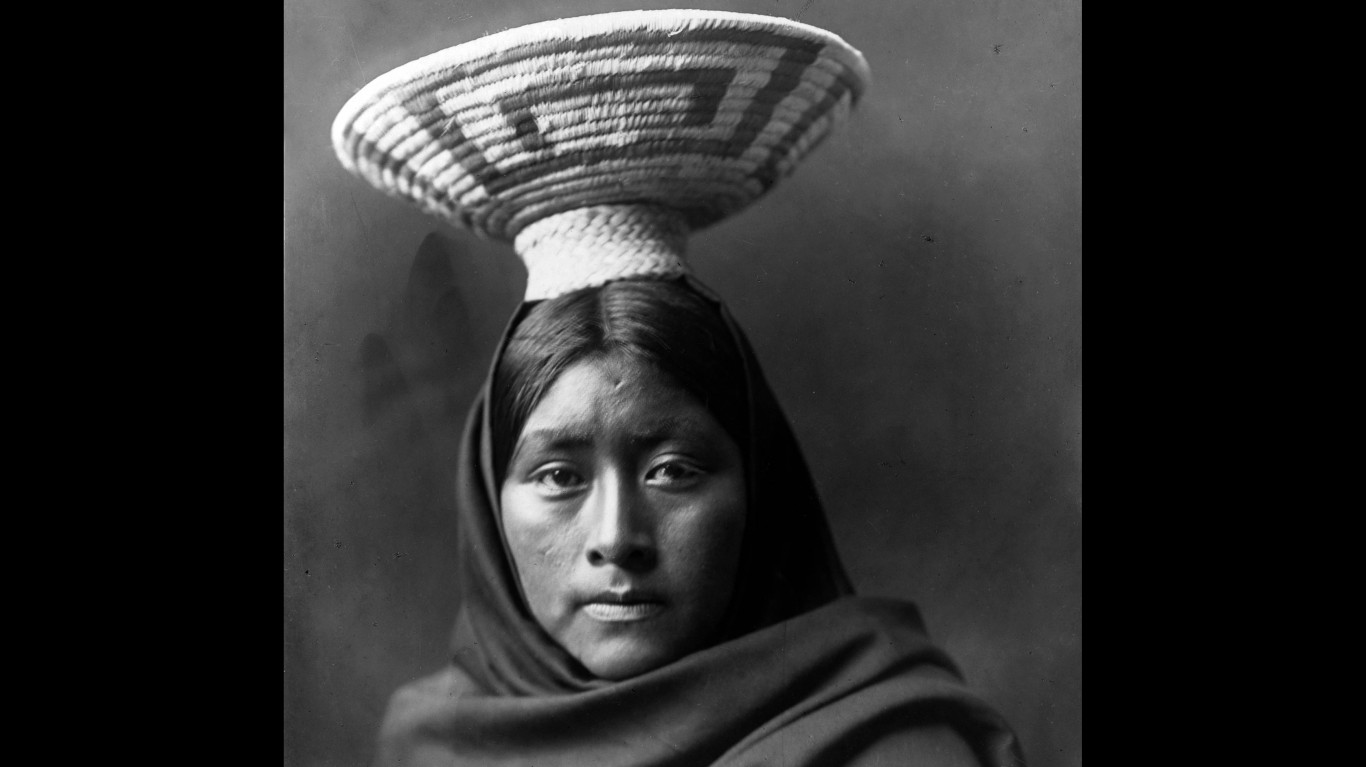 Although theories exist attributing the state’s name to a Basque word, another prevailing theory attributes the name to a Spanish corruption of the Tohono O’odham word alishonag, which means “having a little spring.” 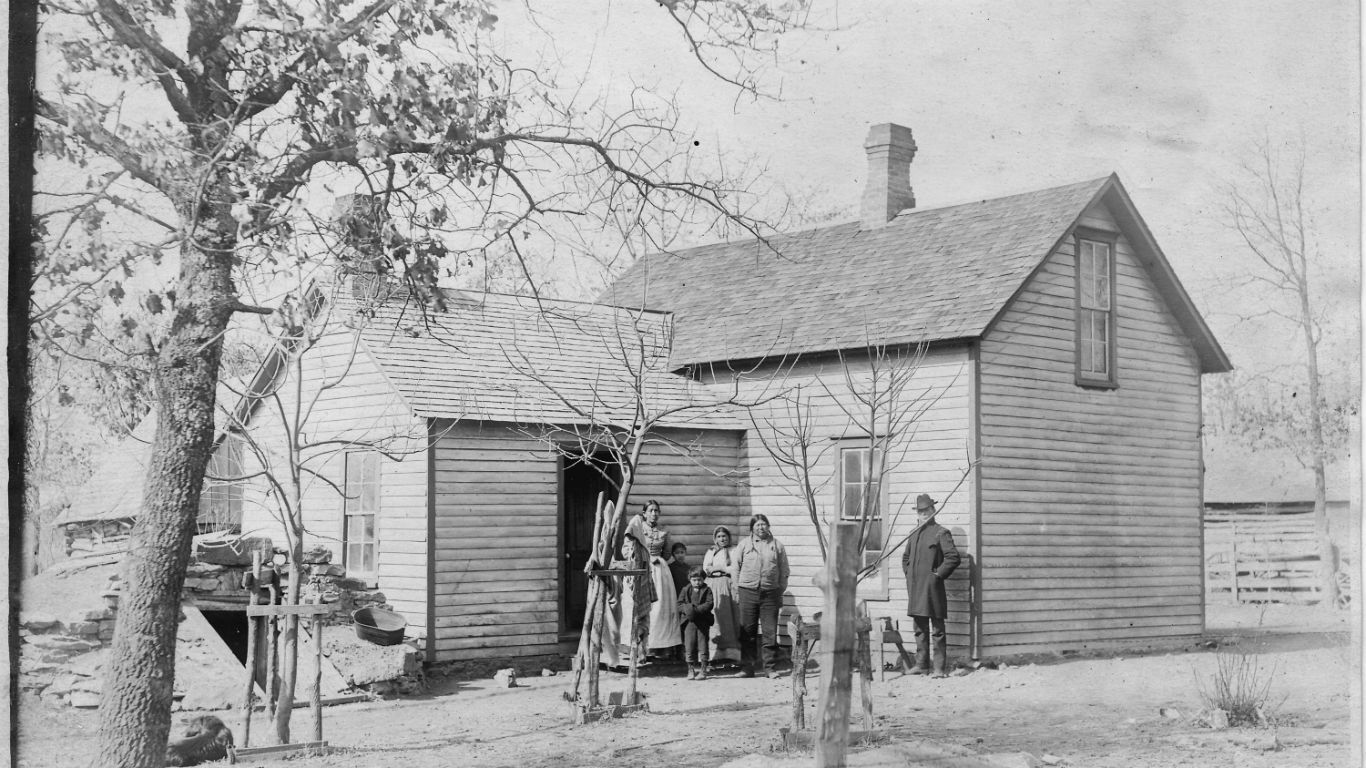 Acansa was a Quapaw town in what is now Arkansas. The word means “southern place,” but it also became the name that settlers in the area used to refer to the Quapaw. 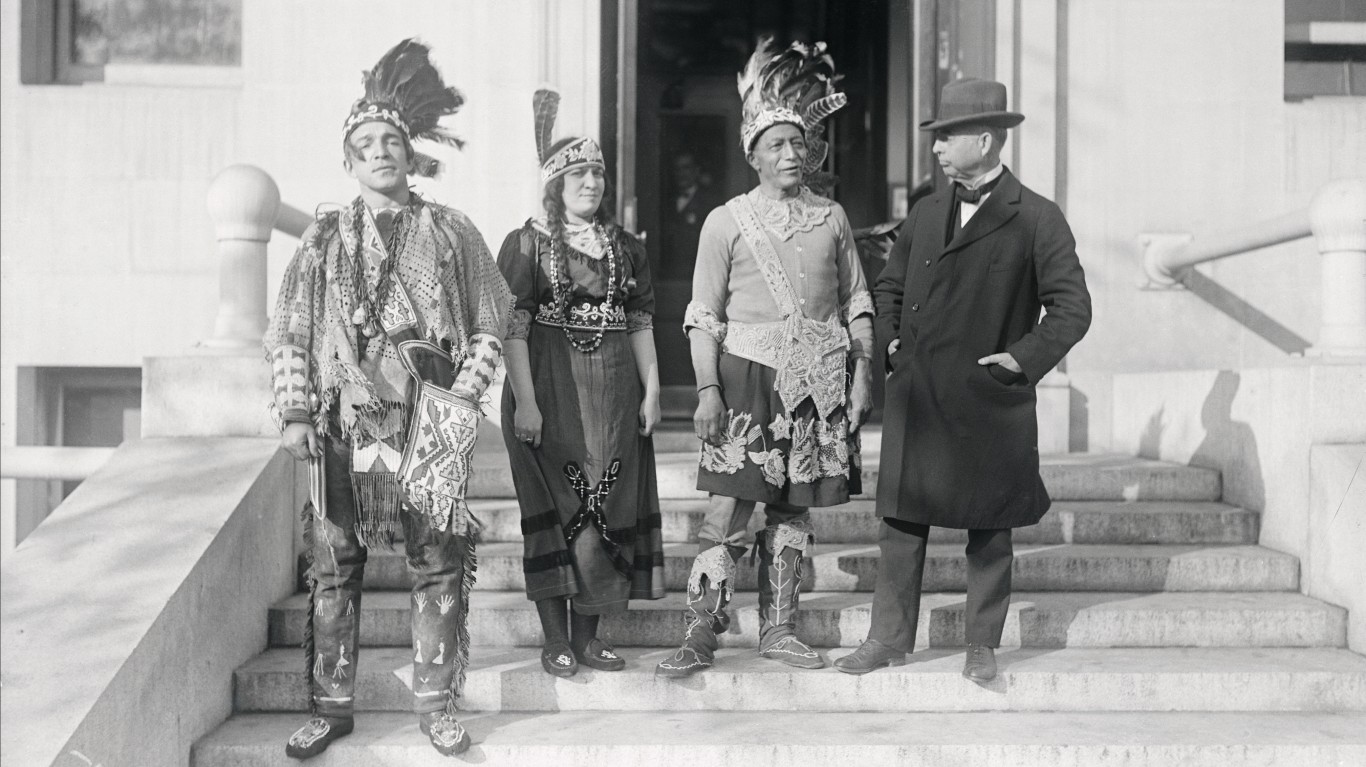 Connecticut comes from the Mohegan name for the Connecticut River, quinnitukqut, which means “beside the long tidal river.”