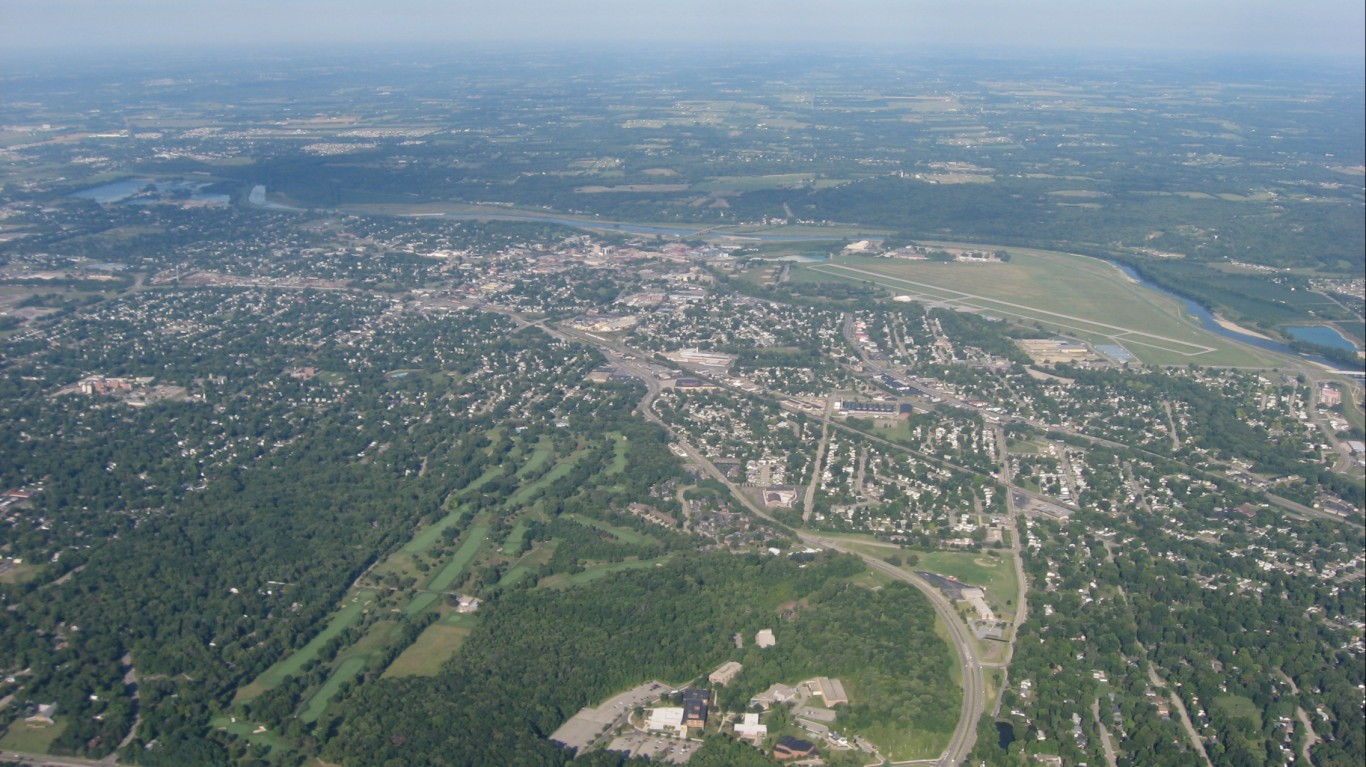 Middletown is a small Ohio city located about 40 miles north of downtown Cincinnati. One of several Rust Belt cities on this list, Middletown once had several hydro-powered paper mills throughout the 19th century and a steel mill in the 20th century. However, the steel production company moved its headquarters out of the city in the early 1990s.

Today, MIddletown is a relatively poor area, with a majority of households earning less than $40,000 a year and 11.5% earning less than $10,000. The city has also been hit especially hard by the opioid epidemic. From 2015 through 2017 there were an average of 62 drug-related fatalities per year across the city and surrounding county for every 100,000 people. 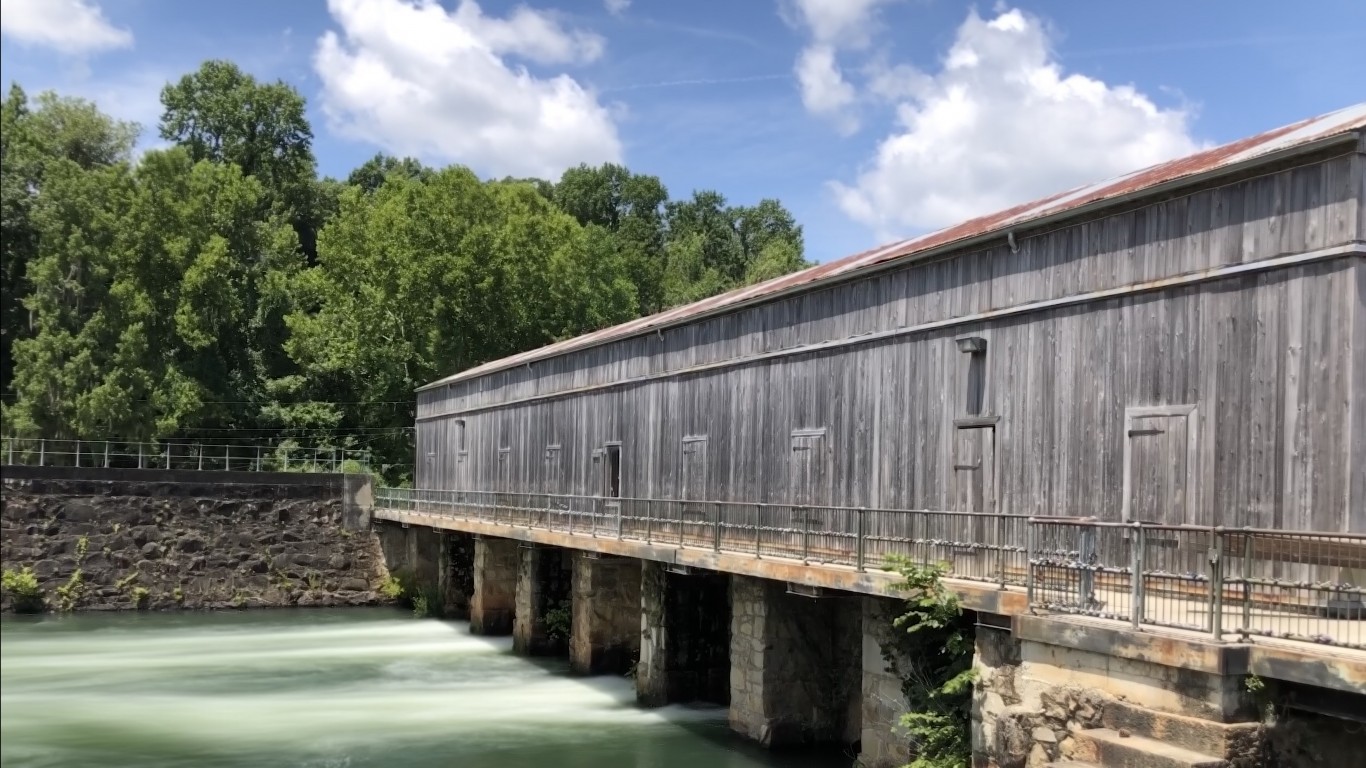 Augusta is a city in Georgia that has a consolidated government with Richmond County. More than one out of every 10 workers in the area are unemployed, and more than one in every five residents live below the poverty line. Quality of life is further reduced for many in the area by the lack of places such as public parks and recreation centers. Just 73% of area residents have access to such places, well below the 84% national average.

As is often the case in areas with struggling economies and limited amenities, property values are low in Augusta-Richmond County. The typical home in the area is worth just $104,600, about half the median home value nationwide. 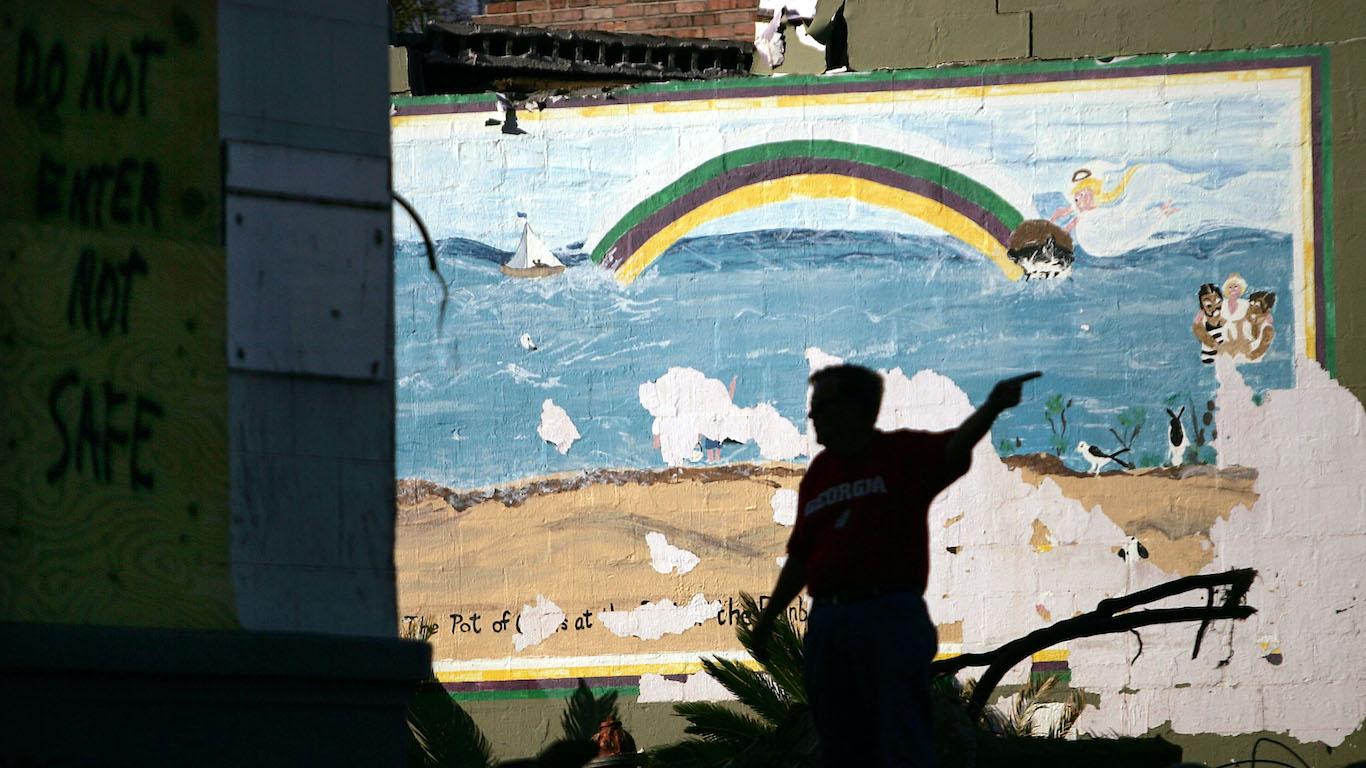 Bay St. Louis is one of several poor Mississippi cities to tank on this list. More than one in every four city residents live below the poverty line, and the unemployment rate stands at 8.4%.

Access to places for physical activity such as parks or recreation centers can greatly improve quality of life and increase the likelihood area residents are physically active. In the Bay St. Louis area, just 47% of the population has access to such places, well below the 84% national average. Bay St. Louis residents are also more likely than most Americans to lead sedentary lives. Some 35.6% of area adults get no exercise beyond going to work — a far larger share than the 22.0% of adults nationwide who are not physically active. 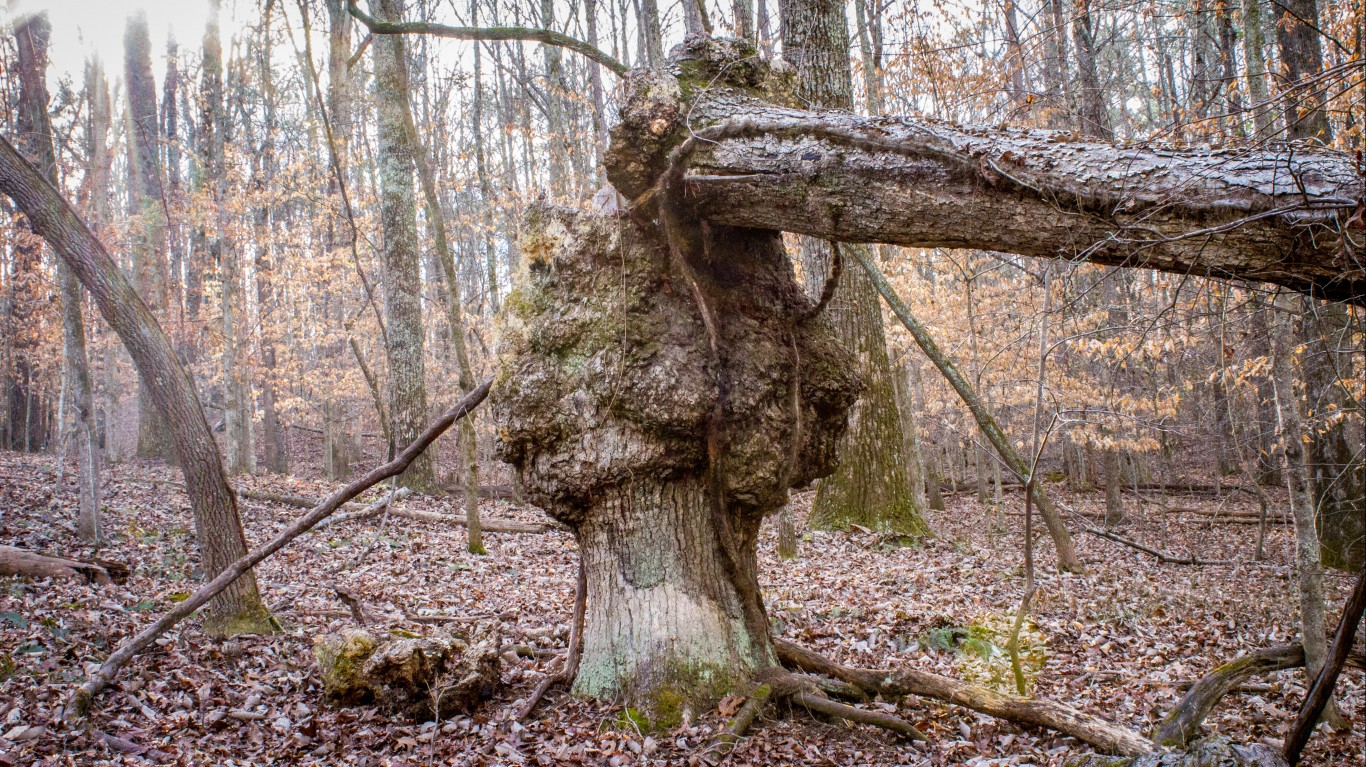 Lithia Springs, Georgia, is a small census designated place located about 20 miles northwest of Atlanta. While the proximity to such a large city offers residents access to entertainment, culture, and job opportunities, access to such places is relatively limited in Lithia Springs itself. Lithia Springs has a smaller than average concentration of places like restaurants, bars, and fitness and recreation centers. Also, over 70% of area residents have limited access to grocery stores, well above the 42.1% share of Americans nationwide who do. 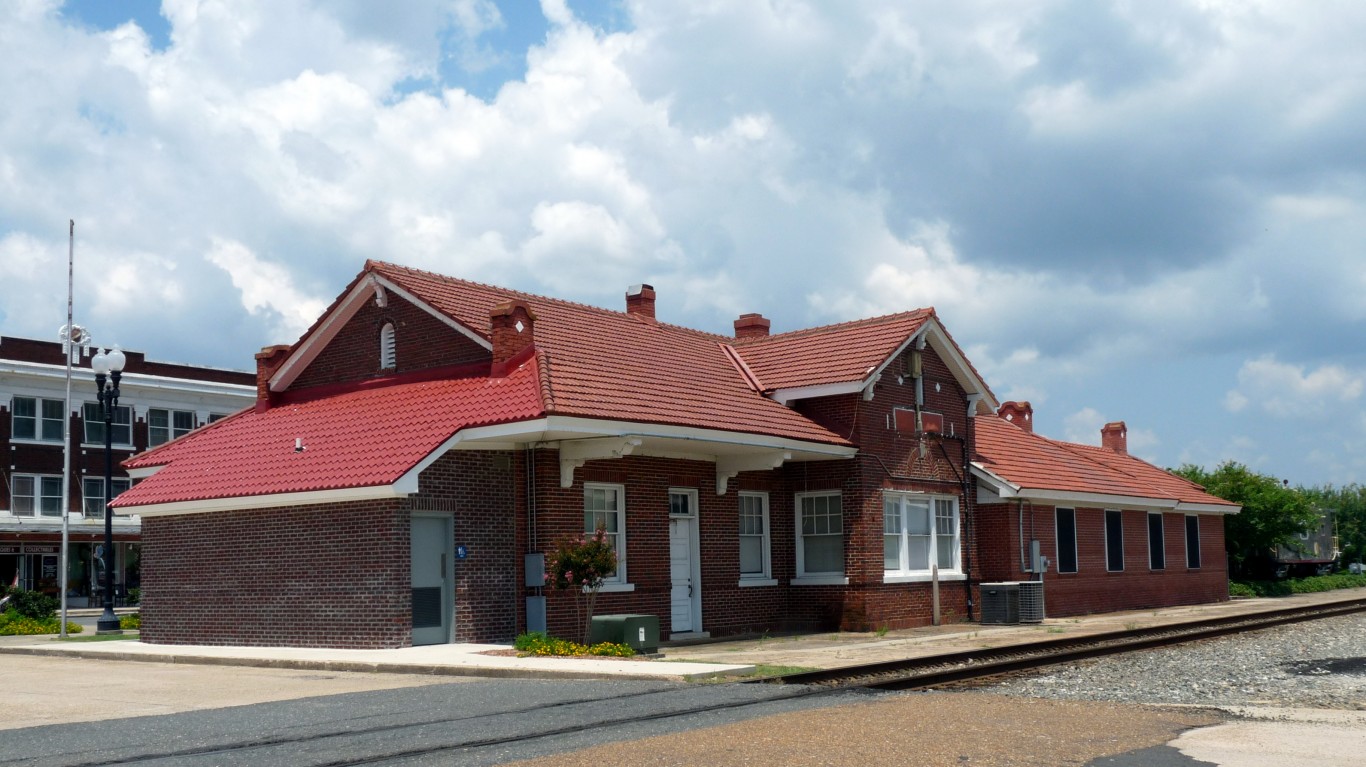 DeRidder is a small city in western Louisiana where the overall quality of life appears to be affected by the area’s weak economy. The city’s unemployment rate is nearly 10%, and partially as a result, many city residents are struggling financially. The city’s poverty rate of 23.6% is well above the comparable 14.1% national rate.

Far larger than typical shares of area residents also have poor access to important amenities. For example, over 80% of people in DeRidder have limited access to a grocery store, and only about 66% of residents have easy access to a park or recreation center, compared to the national shares of 42% and 84%, respectively.