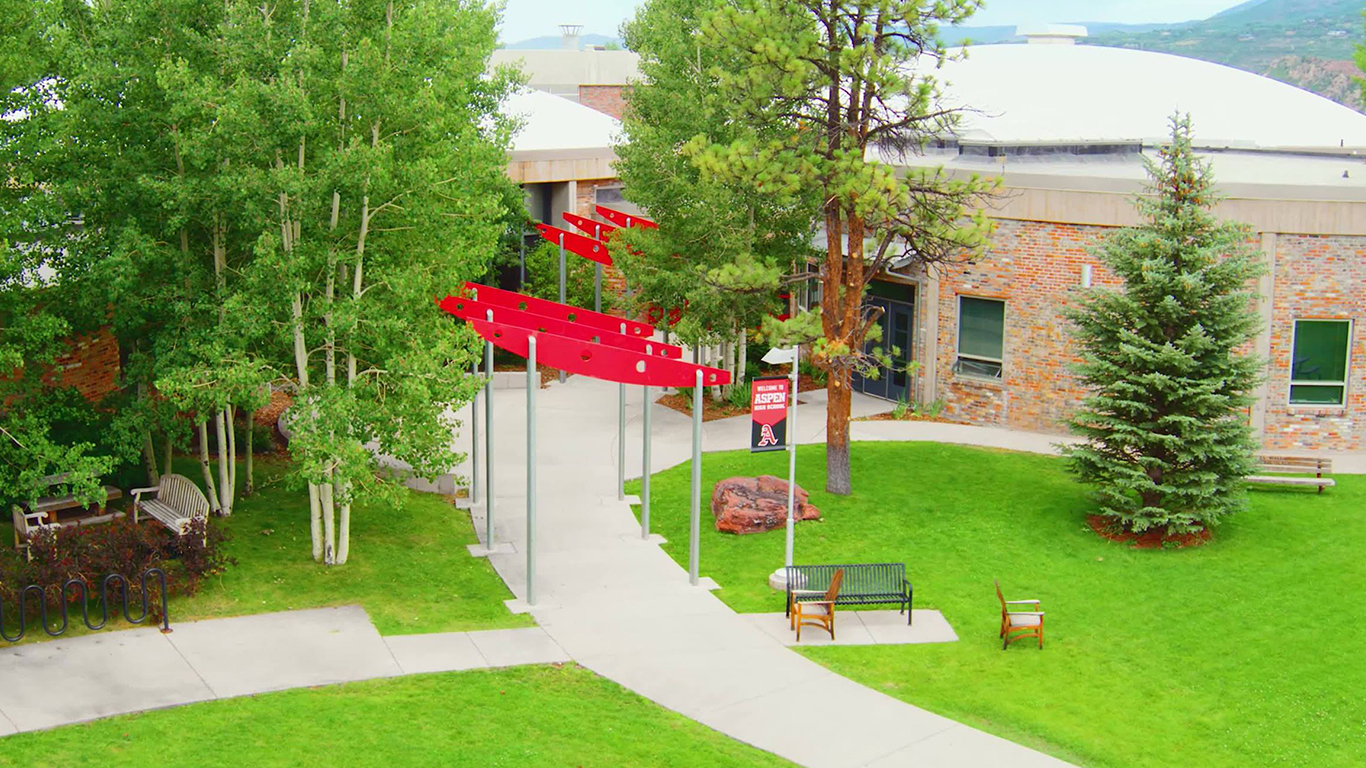 As a highly affluent school district, Colorado’s Aspen School District 1 relies relatively little on state or federal revenue to fund its schools. In 2017, 83.8% of the district revenue came from local sources, close to double the average among districts nationwide of 45.8%.

Living in poverty can be a major obstacle for childhood development, and in the district, just 3.4% of children 5 to 17 live in poverty, a lower child poverty rate than the vast majority of school districts nationwide and well below the national child poverty rate of 17.0%. 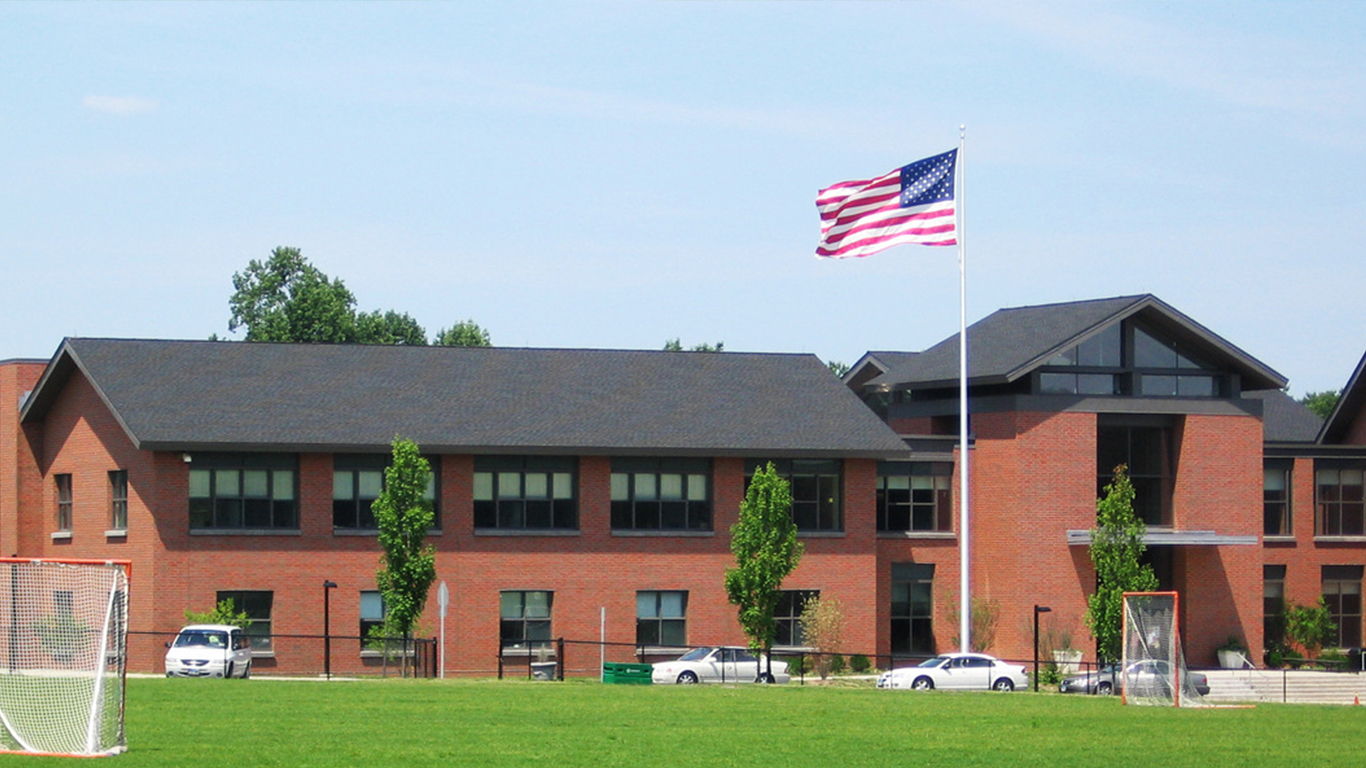 Darien is one of the wealthiest school districts in the country, with a median annual household income of over $210,000. Likely partially as a result, per-pupil spending in the district of $21,648 exceeds the national per pupil spending average of $12,201.

The district ranks sixth out of 130 districts in the state in Niche’s ranking of teacher quality. Darien High School, the only high school in the district, has an average SAT score of 1310 and an average ACT score of 30, well above average scores for high school students nationwide. 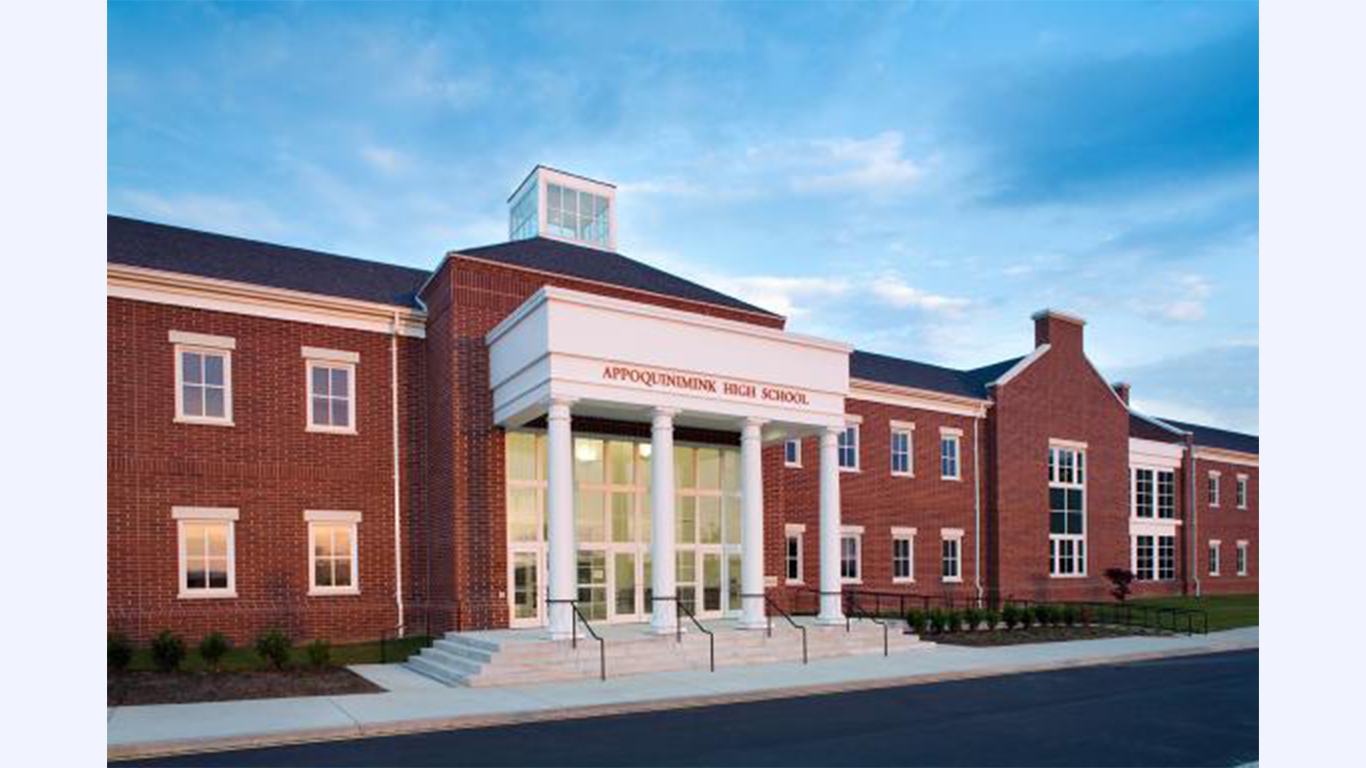 Delaware’s Appoquinimink School District — which is located in the northern part of the state, approximately 20 miles south of Wilmington — ranks as the best in the state. The district’s per student spending of $12,567 is in the middle of most of the districts on this list, although still slightly higher than the national per pupil spending figure of $12,201. 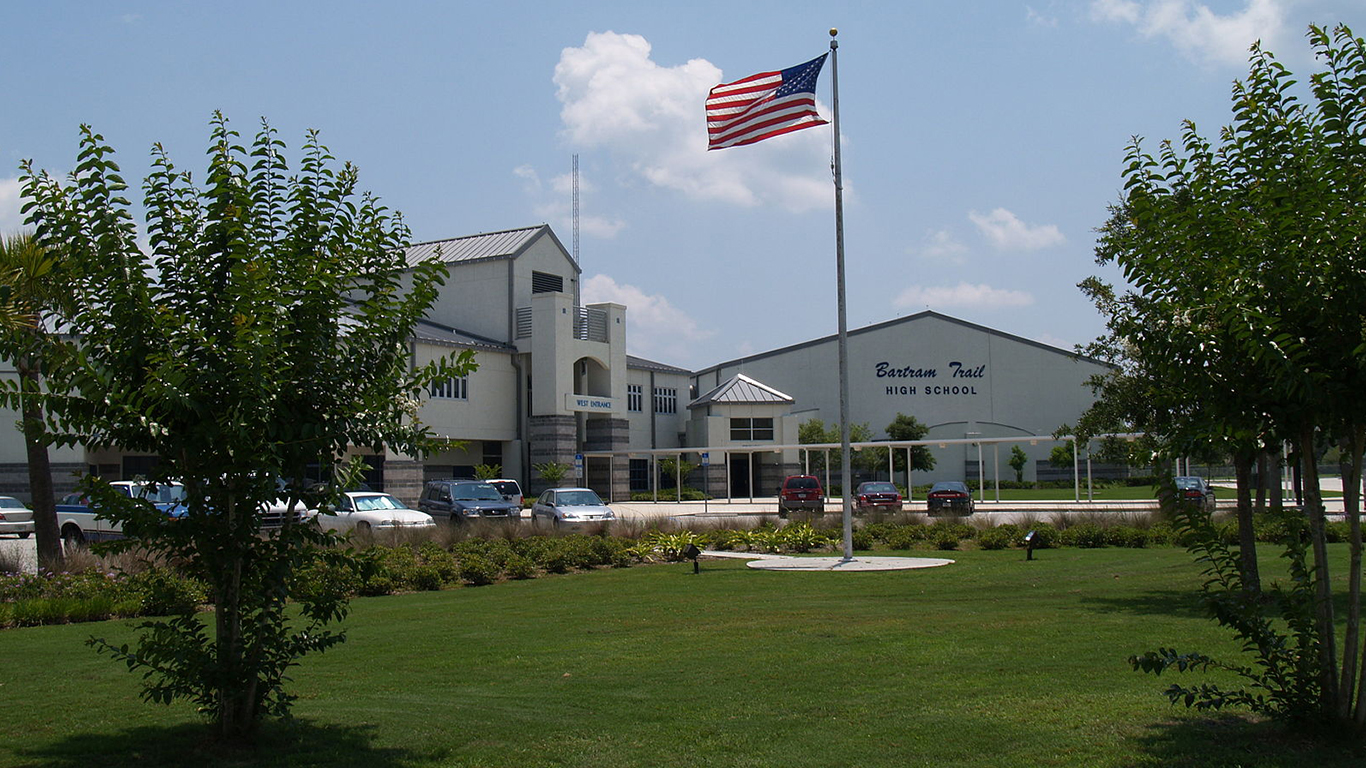 Children who grow up in financially stable households with college-educated parents are at a considerable advantage academically. In the St. Johns County School District, 43.7% of adults have a bachelor’s degree, and just 6.5% of children live below the poverty line — compared to the 29.2% and 18.4% respective state averages. 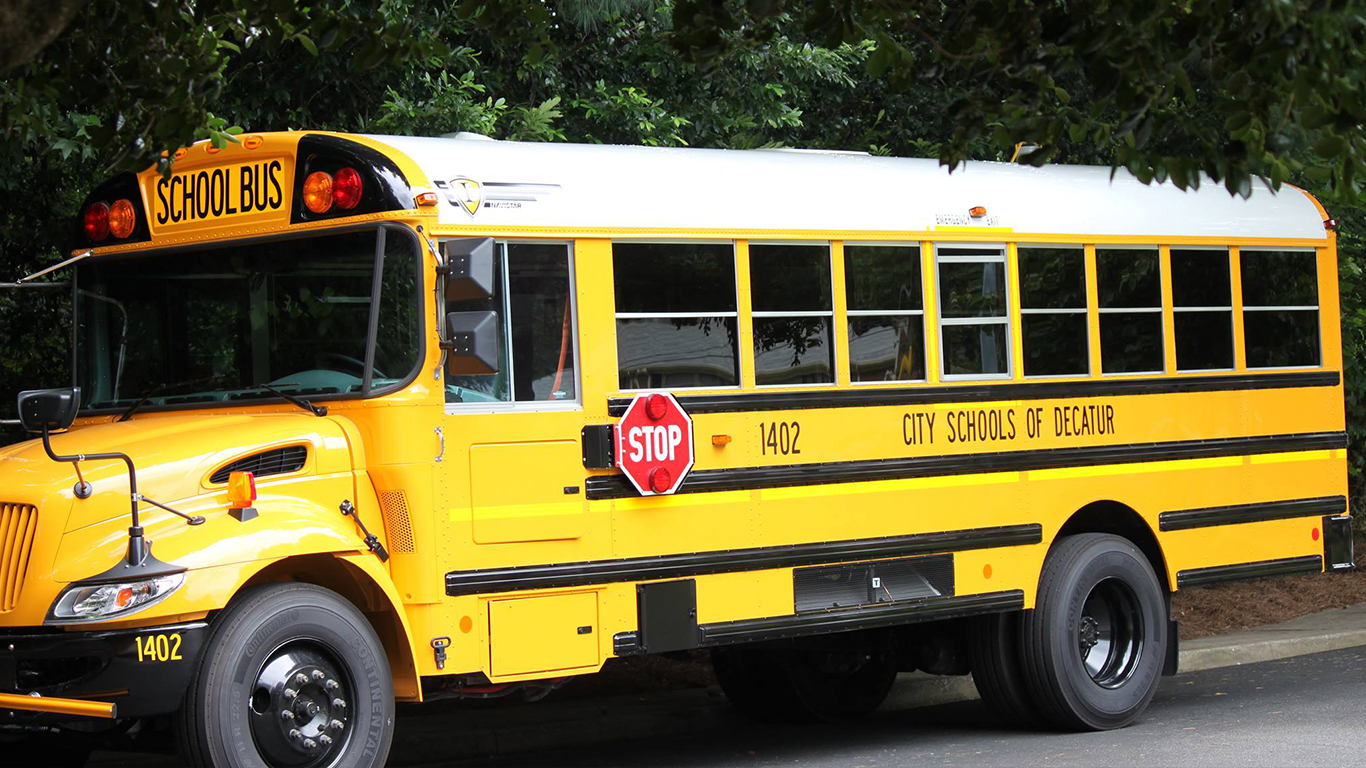 Source: Courtesy of City Schools of Decatur via Facebook

Georgia’s Decatur school district spends $11,657 per student per year, well above the $10,205 statewide average. The greater school spending likely contributes to the smaller class sizes, as the district has about one teacher per 14.2 students — well below the one teacher per 15.2 students ratio across Georgia.

Students in the Decatur District are far more likely to graduate high school than the typical student in Georgia. About 85.5% of high school students in Decatur graduate within four years, a far larger share than the 69.9% state average.