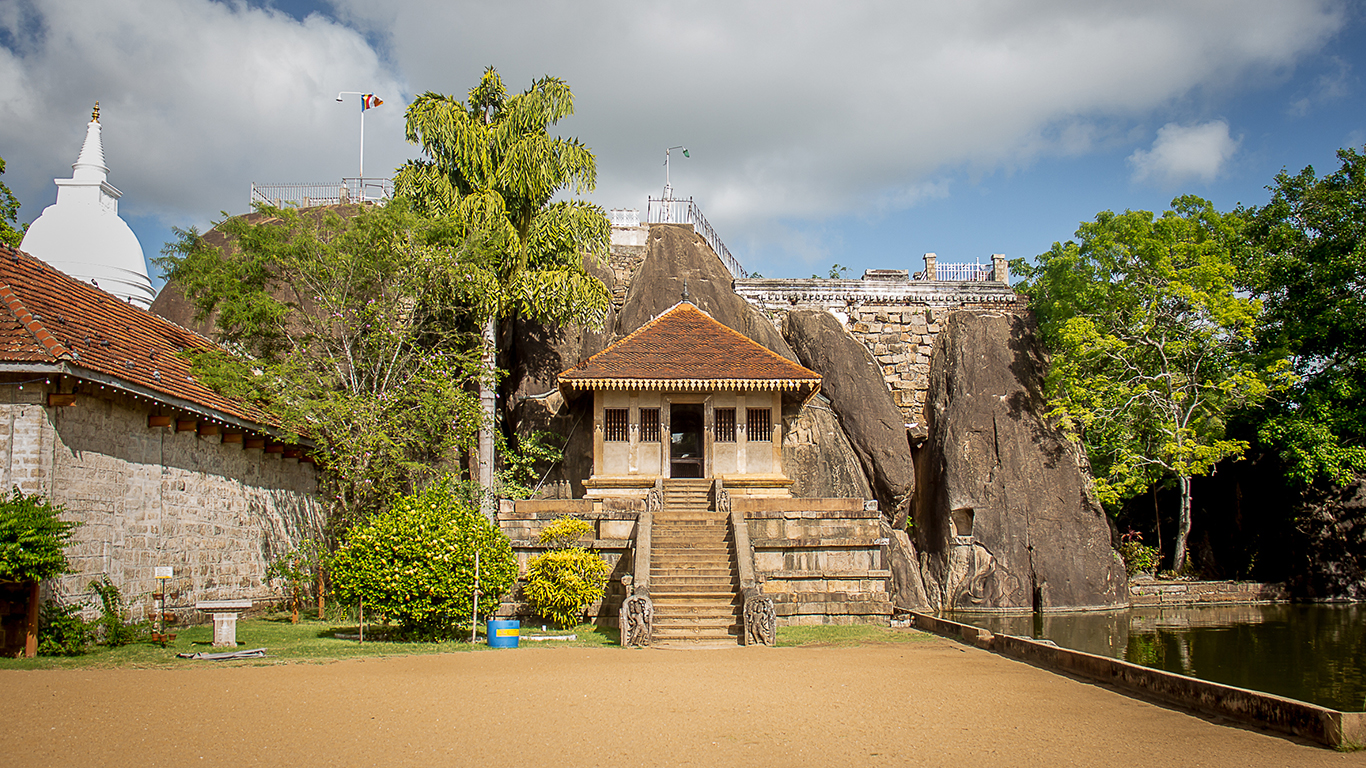 The origins of ancient Anuradhapura revolve around the planting of the “tree of enlightenment,” Buddha’s fig tree brought to the site in the third century B.C. by Buddhist nuns. The ruins of Anuradhapura are evidence of the Ceylonese political and religious capital that lasted for 1,300 years until it was abandoned after an invasion in A.D. 993. The ruins of the city had been hidden in the jungle for years. The remains of palaces, temples, and monuments can be found there. 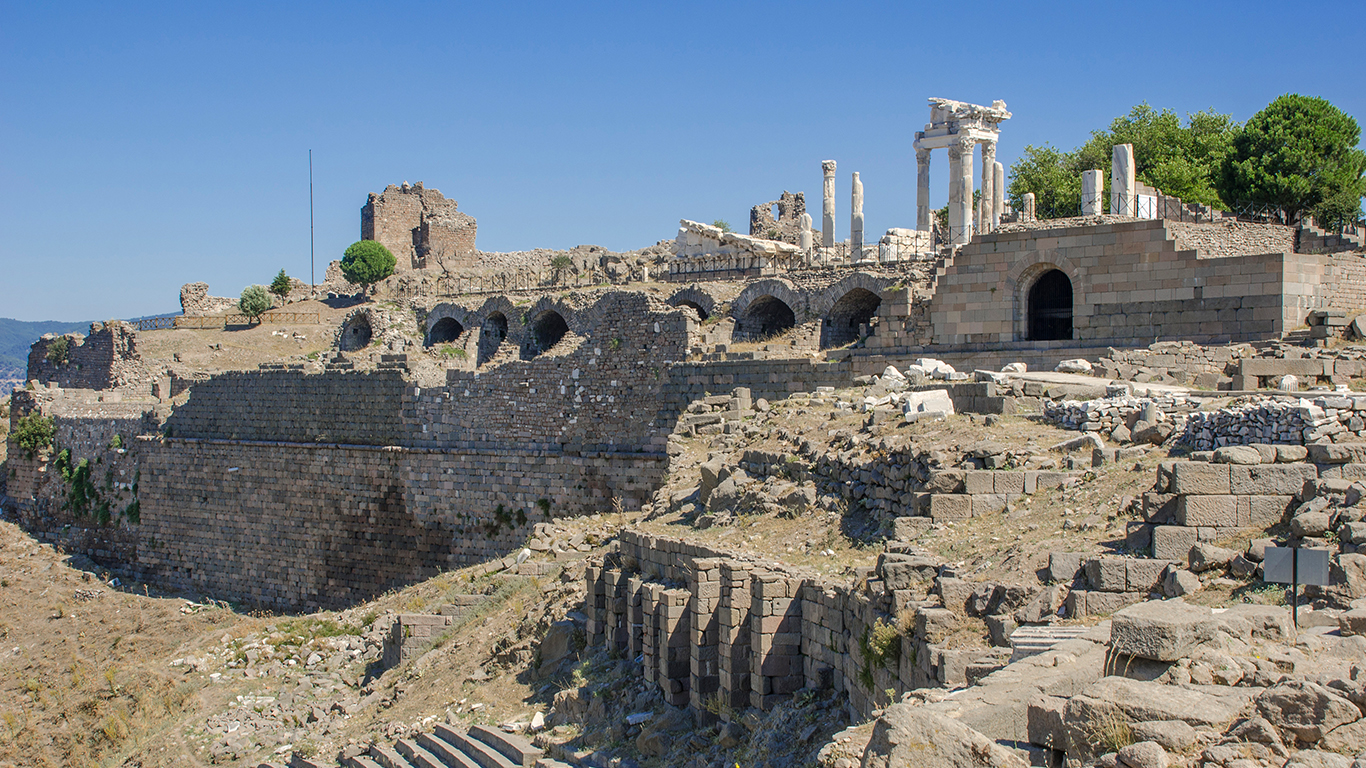 Pergamum was located on a hill near the Caicus River in present-day Izmir in Turkey, and the site is known as Bergama today. Pergamum had existed since at least the fifth century B.C. and reached its peak in Hellenistic era in the fourth century B.C. The city created a library that apparently rivaled that of the legendary library of Alexandria. Parchment was said to have been developed there. Pergamum became a sophisticated city, and its population swelled to 200,000. Among the ancient Roman and Greek ruins are a 10,000-seat amphitheater, places of worship, and a racetrack. 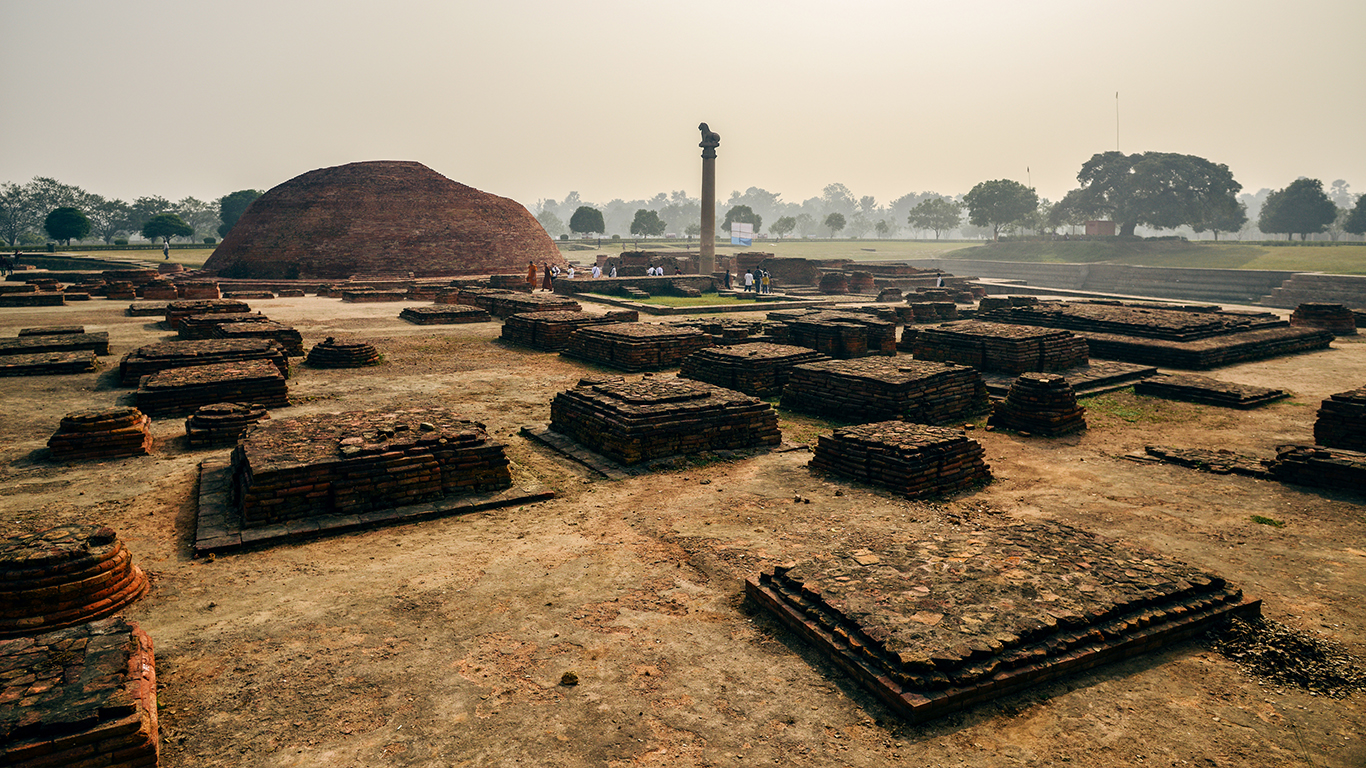 One of several cities in India on this list, the ancient city of Vaishali was the capital of the Licchavi Republic, who settled in present day northern India between the sixth and fifth centuries B.C. Buddha was allegedly a frequent visitor of the city, which would become an important location in the history of Buddhism and the ancient Indian religion Jainism. Vaishali was at any given point in antiquity the second largest city in India after Pataliputra. 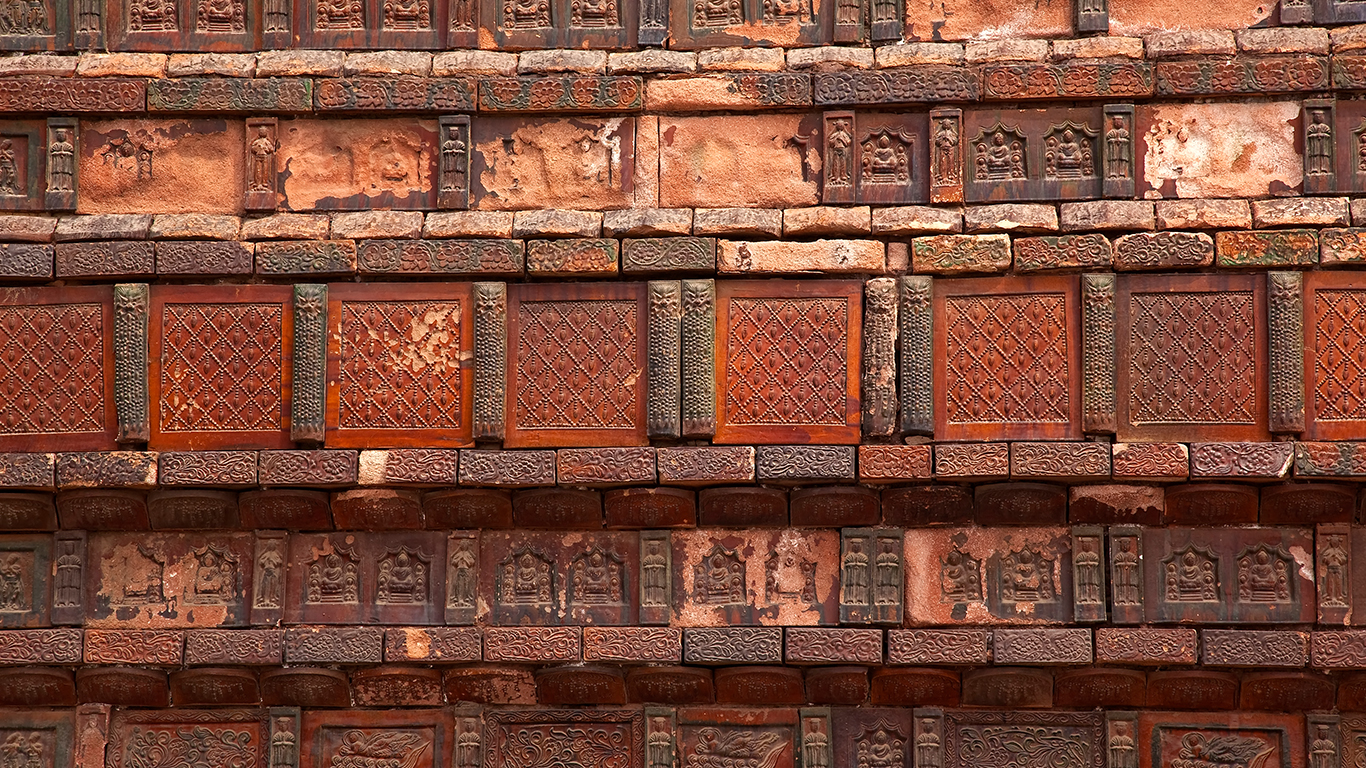 Kaifeng, located about 400 miles south of Beijing in the eastern part of China, was the capital of the Wei state, one of the warring factions in China, which built many canals in the city in the fourth century B.C. Kaifeng’s importance grew during the Tang period beginning in A.D. 618, when it became a cosmopolitan center. Kaifeng also is known for its Jewish community. A stone tablet dated from 1512 that was discovered in Kaifeng claims Judaism came to China between 206 B.C. and A.D. 220. The oldest known synagogue in Kaifeng was constructed in A.D. 1163.