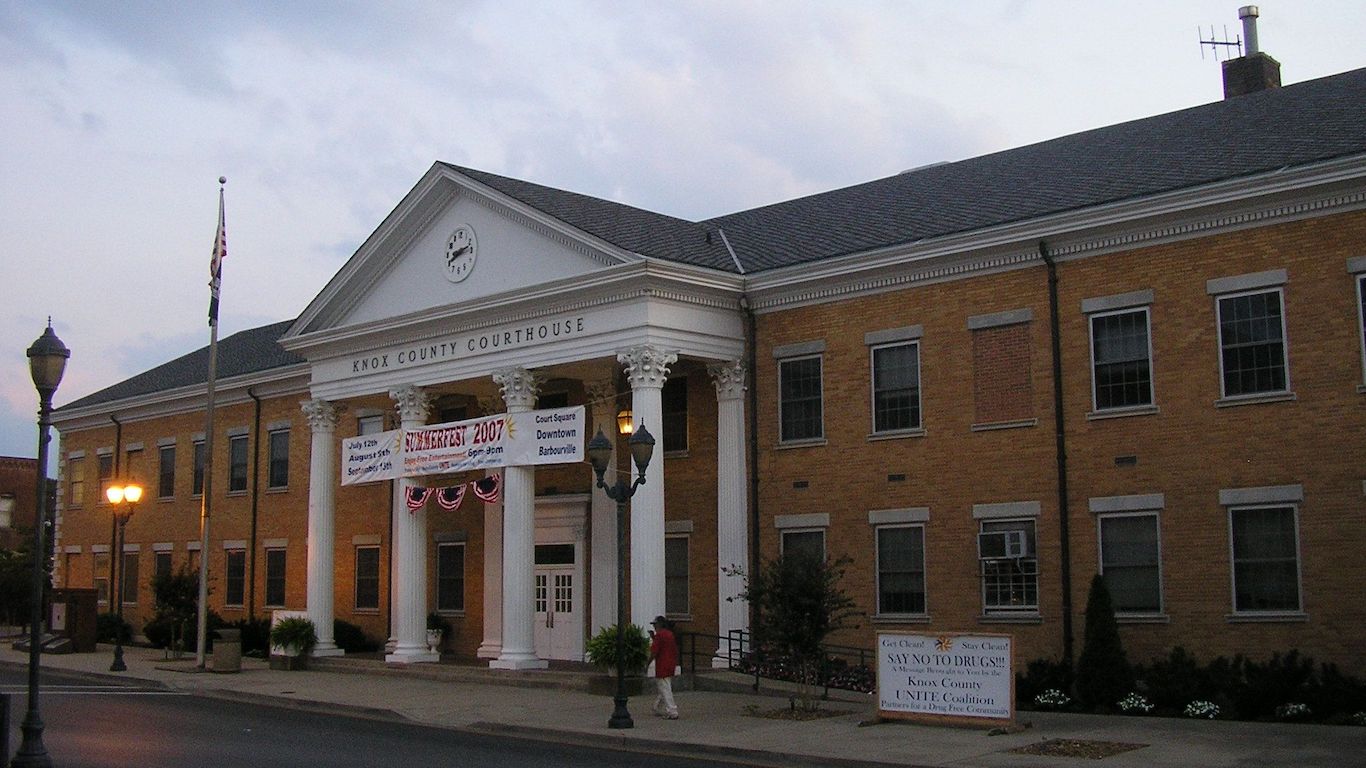 The county, located in the southeastern part of the state, is one of many with similar socioeconomic conditions where coal mining was once an economic pillar. Coal use is on the decline in the United States, however, as cleaner burning natural gas gained favor, and places like Knox County are feeling the impact. 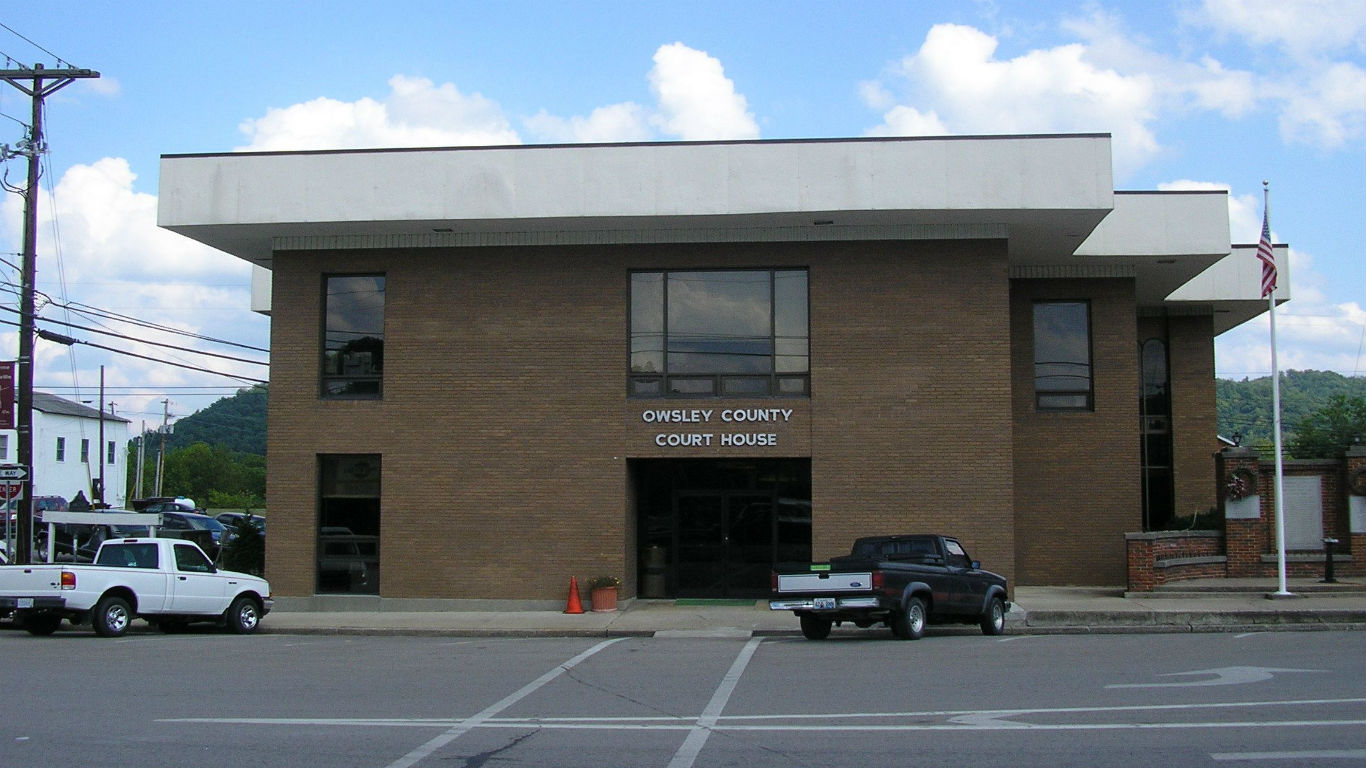 Owsley County, Kentucky, which includes the city of Booneville, ranks as one of the worst places to live in the United States, largely because of poor health outcomes. Life expectancy at birth in the county is just 69 years, about 10 years below the national average. Americans living below the poverty line are more likely to report poor health outcomes — and in Owsley County, over 30% residents do.

The local poverty rate would likely decline with an improved job market. As of January 2021, 7.4% of the area’s labor force were unemployed. Even before the COVID-19 pandemic, the local 2019 unemployment rate stood at 7.0%, well above the comparable 3.7% national rate.

Dewey County, South Dakota, which lies within the Cheyenne River Indian Reservation, ranks as one of the worst places to live in the United States. For a variety of historical and contemporary reasons, Native American populations are among the most disadvantaged groups in the United States. In Dewey County, over 31% of the population live below the poverty line, and the average life expectancy at birth is less than 70 years.

Adults in Dewey County are also far less likely to have the benefits of a four-year college education, such as access to higher-paying jobs. Just 16.6% of the 25 and older population have a bachelor’s degree, about half the comparable share of adults nationwide. 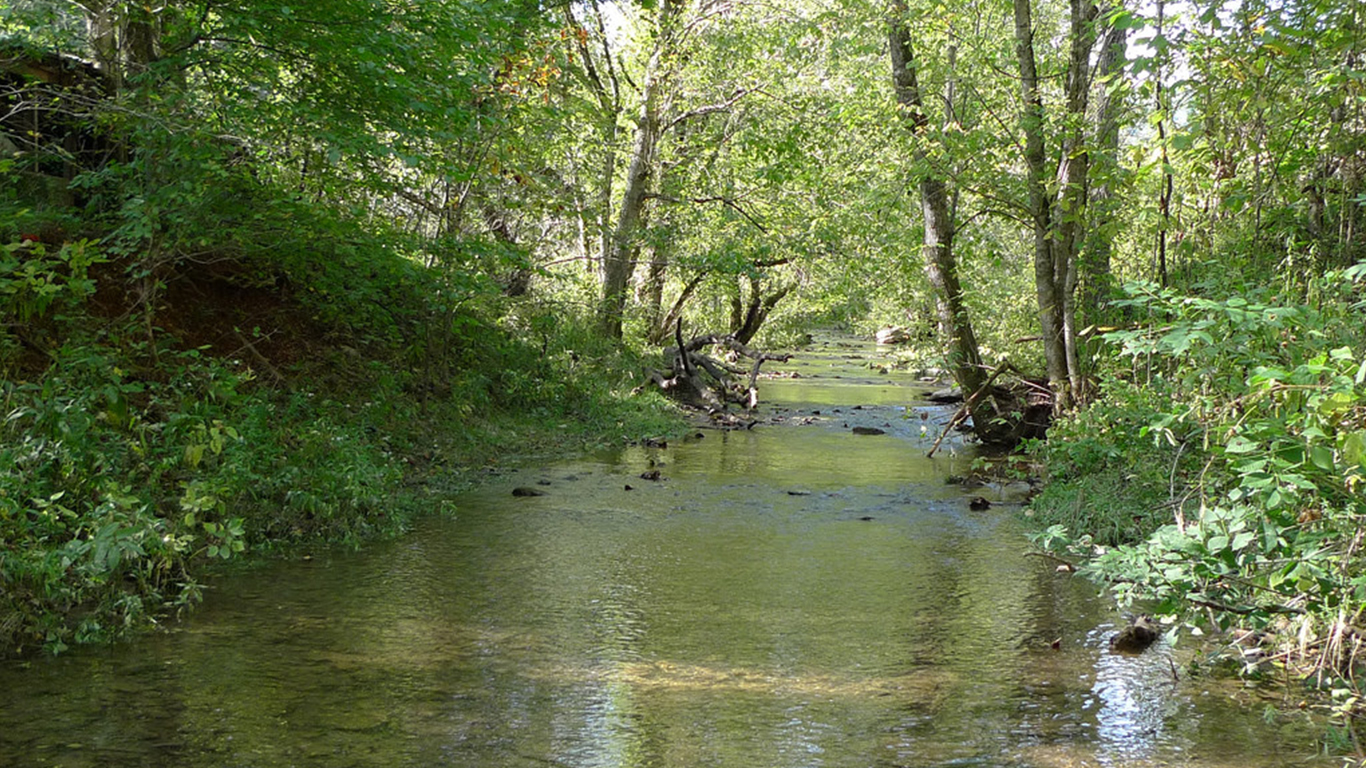 Hancock County, Tennessee, located in the northeastern part of the state, ranks as one of the worst places to live in the United States. Only 11.2% of adults in the county have a bachelor’s degree, about one-third the national rate. Educational attainment can have a meaningful impact on health outcomes through often higher incomes, and better access to health care and healthier lifestyle. At 70.3 years, life expectancy at birth in Hancock County is nearly nine years below the national average.

Unhealthy and unsafe behaviors are partially to blame for the low life expectancy in the area. Smoking is the leading cause of preventable death in the United States, and over 25% of county adults smoke, one of the largest shares of any U.S. county. Additionally, two-thirds of all driving deaths in the county involve alcohol, more than double the comparable national share. 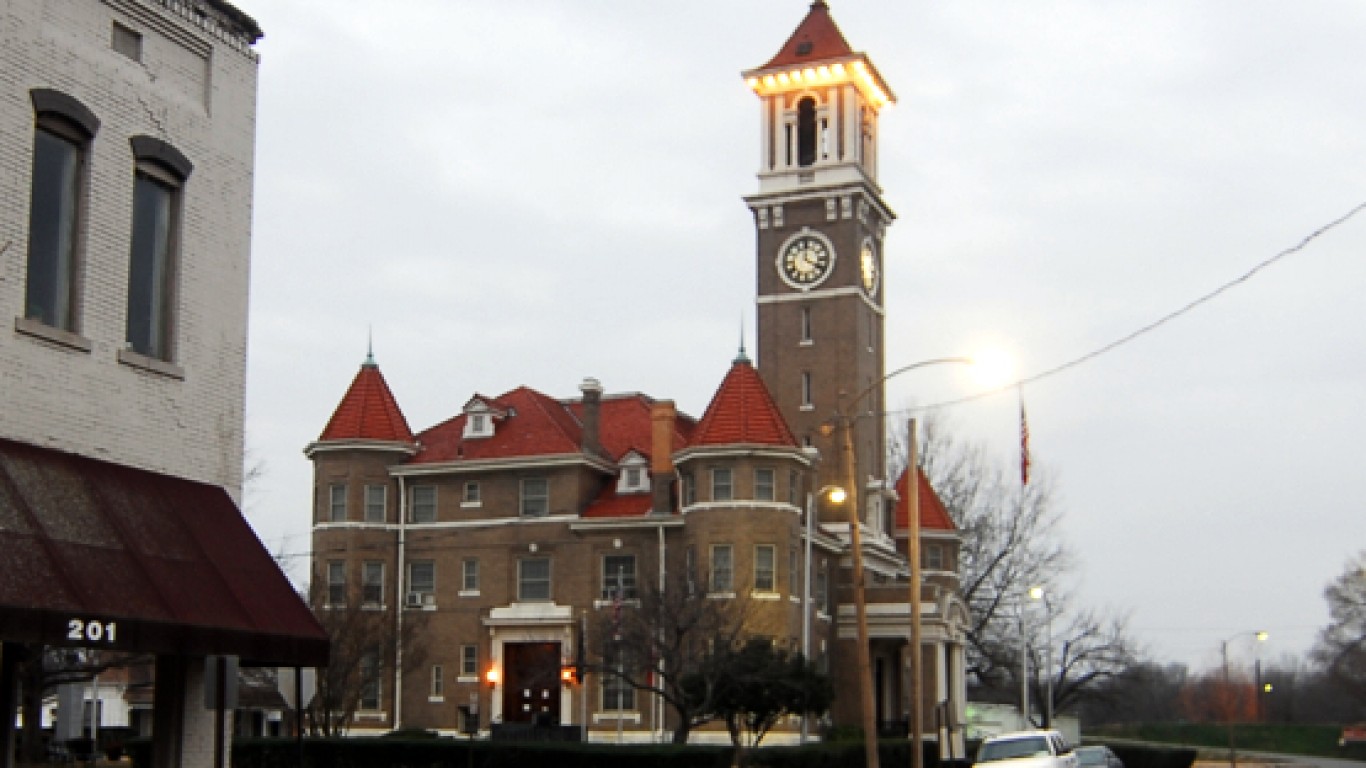 Monroe County, located in east-central Arkansas, is one of the worst places to live in the country due in large part to poor health outcomes. Life expectancy at birth in Monroe County is just 68.2 years, over a decade below the national average. This is due in part to certain unhealthy behaviors, as the typical adult in the county is far less likely to exercise and far more likely to smoke than the typical American adult.

Low rates of physical activity among county residents may be due in part to limited access to places for exercise. Just 57% of area residents have adequate access to places like parks and recreation centers, compared to 84% of Americans nationwide.