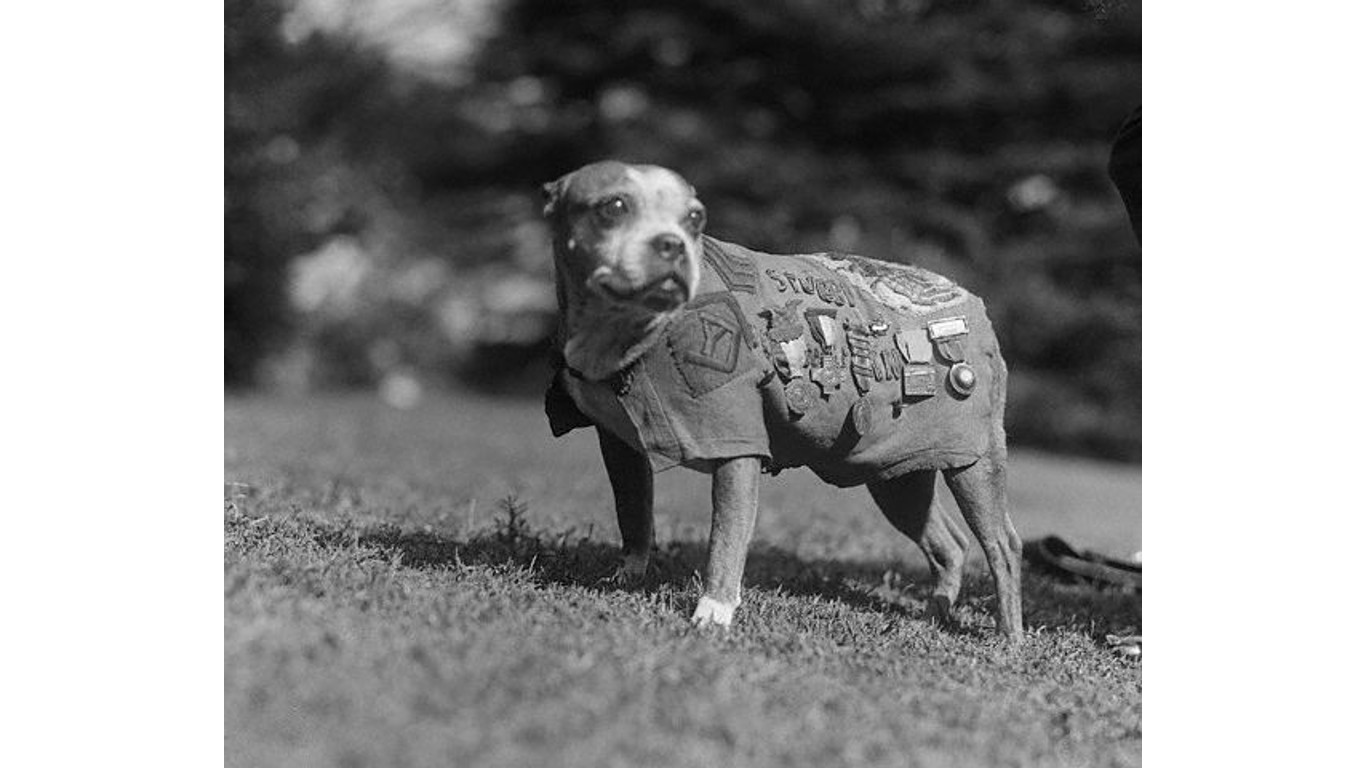 Said to be America’s most decorated war dog, this mixed-breed regimental mascot is credited with saving numerous lives while in the trenches in France with U.S. troops during World War I. Stubby was exposed to gas during his first battle, and thereafter could sense when the troops were under chemical attack and would alert the soldiers to put on their gas masks; in fact, the dog was fitted with his own specially crafted mask. Sgt. Stubby survived 17 battles, and later met three U.S. presidents and had a second career as the mascot of the Georgetown Hoyas. 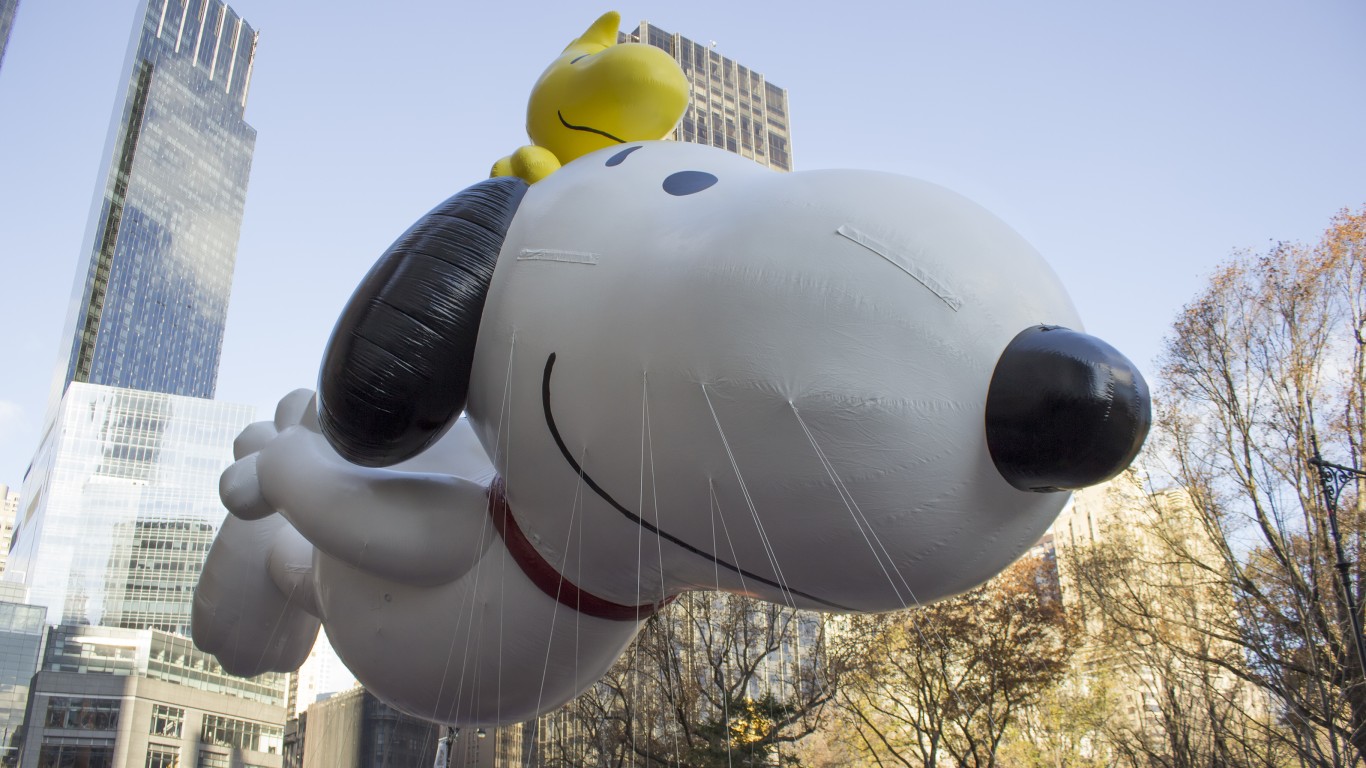 Did Snoopy invent the happy dance? The beloved cartoon character made his first appearance in a Peanuts comic strip in 1950 and quickly worked his way into readers’ hearts and imaginations. The beagle is known for having a vivid fantasy life – his alter egos included jazz saxophonist Joe Cool, a World War I flying ace, and a soldier in the French Foreign Legion – and he typically seemed far more joyful and less neurotic than his human counterparts. Snoopy has been portrayed in TV specials, feature movies, and the Broadway musical “You’re a Good Man, Charlie Brown.” There’s even a Snoopy museum in Tokyo, and a NASA award named in his honor.

ALSO READ: The Most Heroic Dogs in America 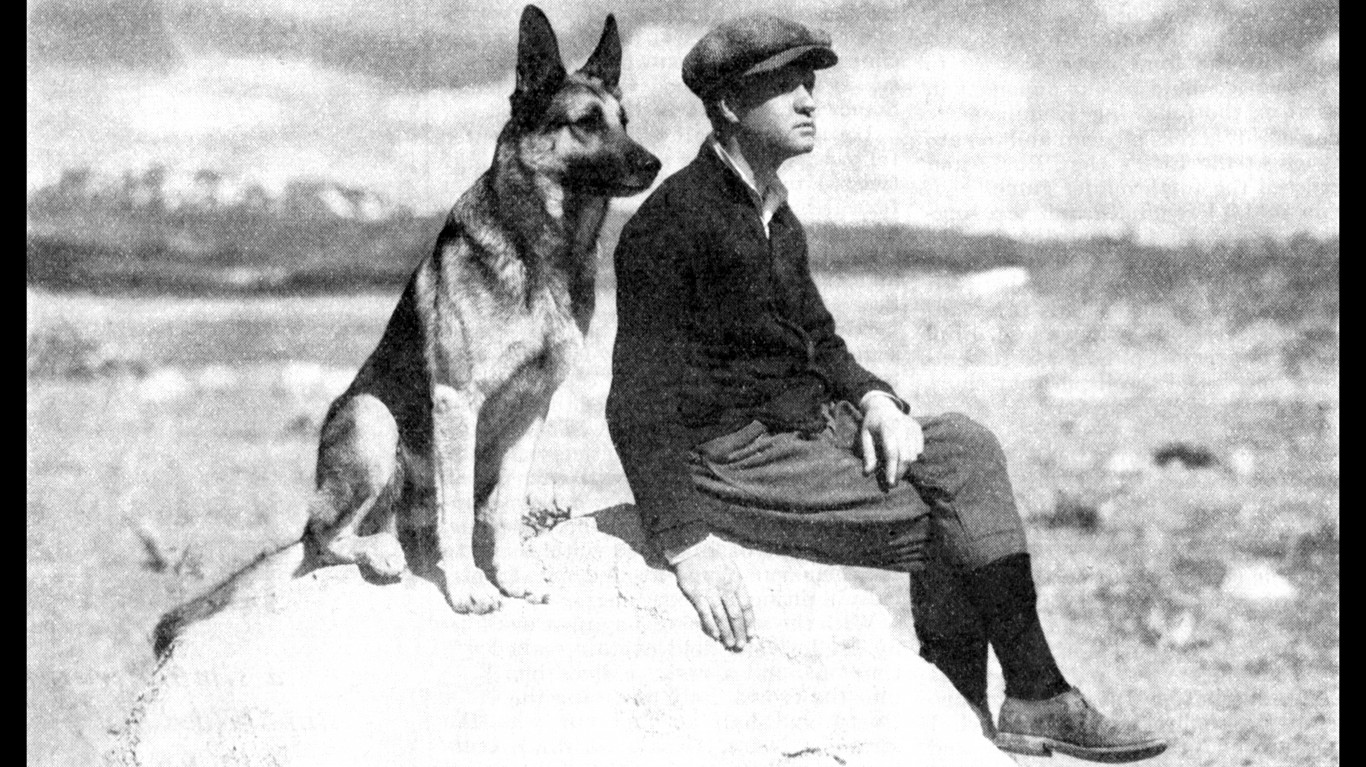 Credited with helping to popularize the German Shepherd breed, Strongheart’s life story sounds like something out of a movie, though his heroic exploits weren’t strictly fictional. The German-born animal was trained as a police dog in Berlin and served bravely with the German Red Cross in World War I before migrating to the U.S., and straight to Hollywood. Born Etzel Von Oeringen, he was dubbed Strongheart by a movie studio publicity department that deemed his name too much of a mouthful for a screen star. And a star he did become: His performances in silent films including “White Fang” and “The Silent Call” earned Strongheart a star on the Hollywood Walk of Fame. 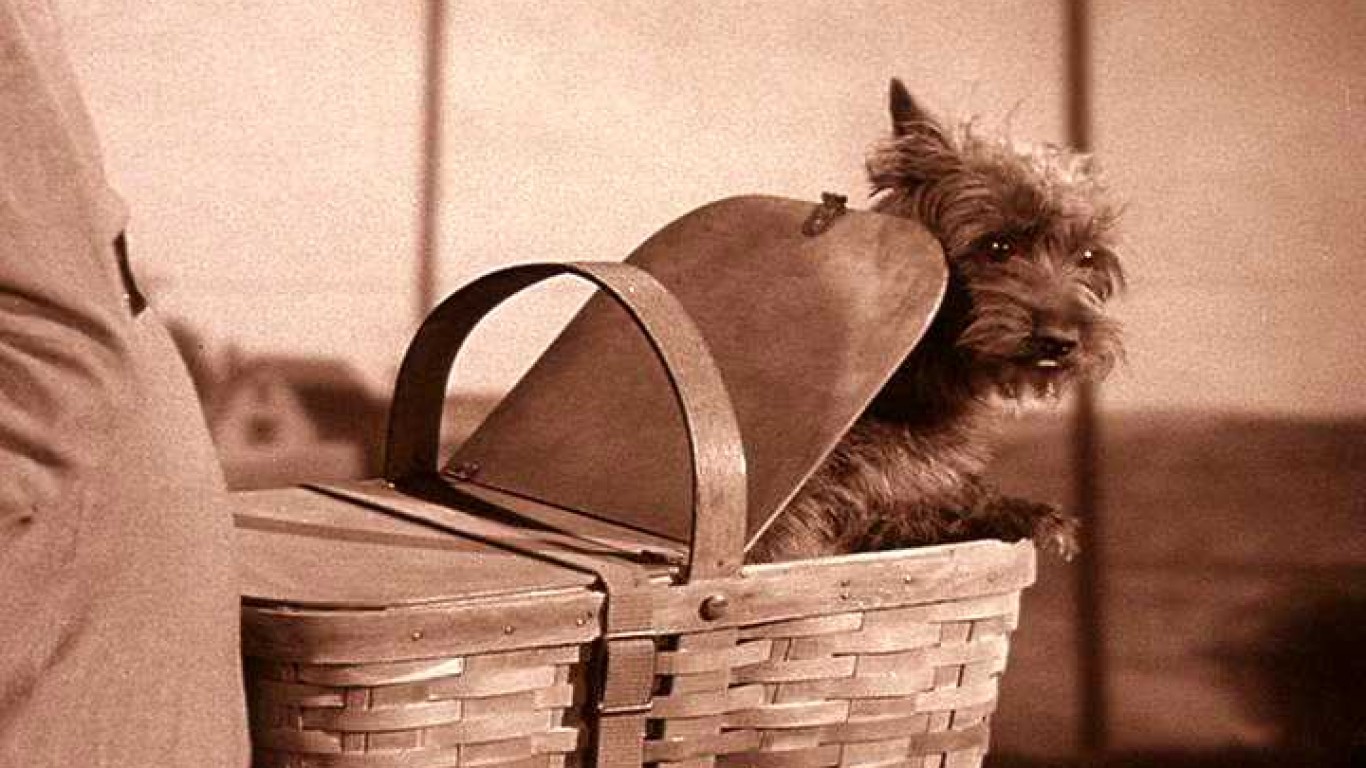 Toto, Dorothy’s companion in the 1939 classic “The Wizard of Oz,” was played by Terry, a Cairn Terrier. The dog’s $125 per week salary ($6,500 a year) for the film was a princely sum, considering that the average annual income for that year was $1,368. In addition to appearing with Judy Garland in Wizard, Terry shared the screen with some of the top stars of the day, including Shirley Temple (“Bright Eyes”), and Spencer Tracy and Hedy Lamarr (“Tortilla Flat”). Toto has proved to have an enduring hold on our imaginations, as evidenced by a successful 2011 crowd-funding campaign to provide a memorial at Terry’s final resting place at Hollywood Forever Cemetery, and an upcoming animated film from Warner Brothers that will revisit the “Wizard of Oz” from Toto’s perspective. 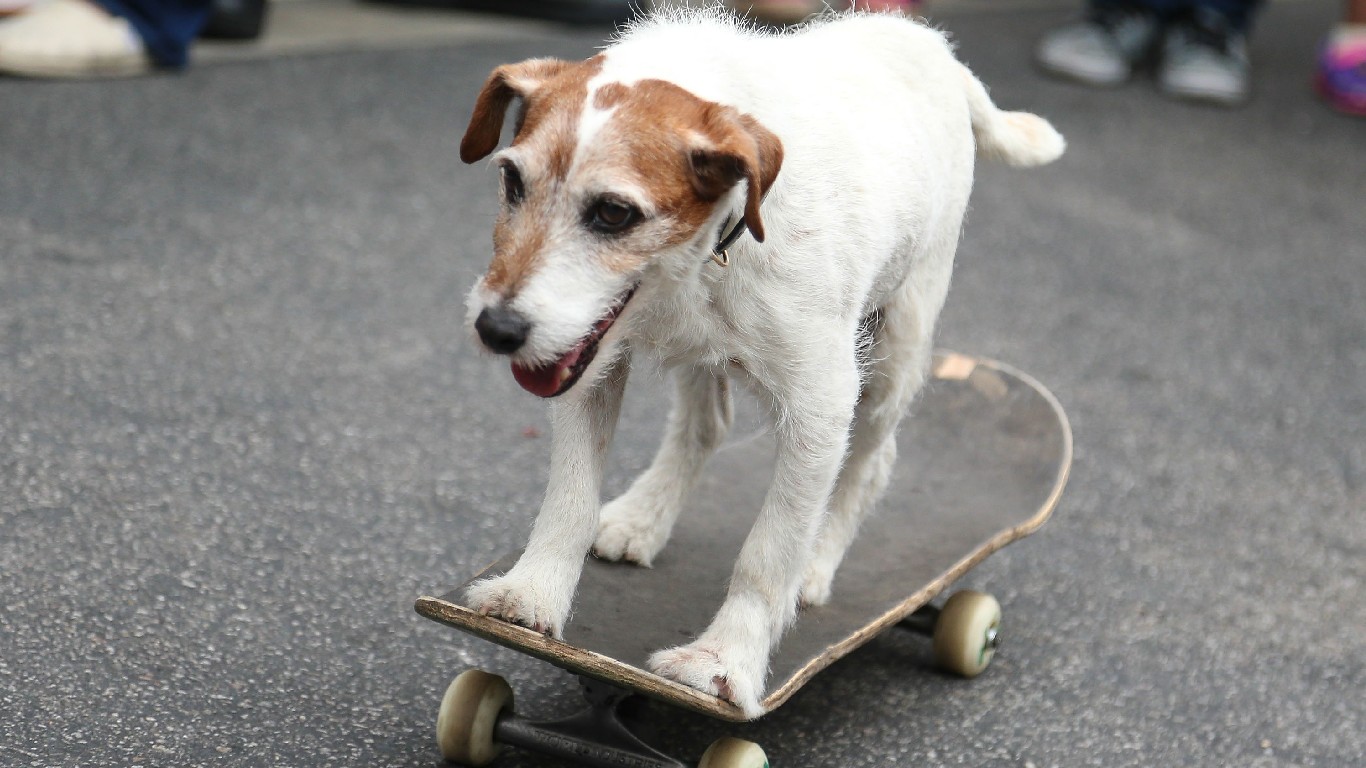 Uggie, a charm-laden Jack Russell Terrier, transcended his humble beginnings as a shelter pup to find fame and fortune on the silver screen. He starred in 2011’s “The Artist,” delivering a performance that fueled discussions as to whether animals should be granted Oscars. The movie landed five Oscars, making it the first silent film to win an Academy Award since 1929. Uggie stole countless hearts with his antics at the awards ceremony, and in 2012 left his mark with paw prints in wet cement outside Grauman’s Chinese Theater, the first dog to do so.