Should Fannie Mae and Freddie Mac Really Be AAA Rated? 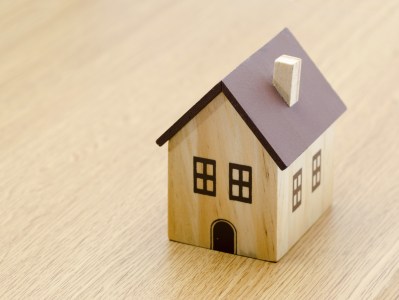 Fitch Ratings recently reaffirmed the sovereign ratings of the United States of America as being AAA for the long-term foreign and local currency Issuer Default Ratings (IDRs). That call was from April 13, 2015, and now as a follow-on call, Fitch has announced that it has affirmed the AAA ratings for Fannie Mae and Freddie Mac on the Long-Term Issuer Default Ratings.

What is interesting here, despite all the calls to break up Fannie and Freddie from regulators and politicians, Fitch also assigned a Stable Rating Outlook. Tuesday’s action pertains to Fannie and Freddie’s IDRs and unsecured debt. The move may not seem like major news for shares of Federal National Mortgage Association (FNMA), Fannie Mae, nor for Federal Home Loan Mortgage Corporation (FMCC), Freddie Mac, on the surface. Still, this may matter more than other “affirmations.”

Generally speaking, 24/7 Wall St. does not cover OTC stocks. That being said, Fannie and Freddie are systemically important entities to the housing market in America. Even if they are government-sponsored enterprises (GSEs), and even if many people in the public and in politics want them wound down, there has yet to be a viable alternative presented that all sides can live with. It is not as if the big banks in a post-recession deep regulatory environment can step in and fill the gap that would be left if Fannie and Freddie disappeared.

ALSO READ: The Most Democratic County in Each State

The view of 24/7 Wall St., particularly after seeing the ratings and outlook call, is that it seems like a credit ratings agency would no longer be throwing AAA ratings out there if it worried that the government was likely wind-down these GSEs.

The ratings of Fannie Mae and Freddie Mac are directly linked to the U.S. sovereign rating, based on Fitch’s view of the U.S. government’s direct financial support of the two housing GSEs. The rating linkages are further articulated in Fitch’s report ‘Rating Linkages to the U.S. Sovereign Rating’, dated July 18, 2011.

The housing GSEs are among the most active issuers in the capital markets, benefiting from meaningful financial support from the U.S. government. A key rating driver and Fitch’s rationale for aligning the GSEs’ ratings to the U.S. government rating is the U.S. Treasury’s Senior Preferred Stock Purchase Agreement (PSPA). Under the PSPA, the U.S. Treasury is required to inject funds into Fannie Mae and Freddie Mac to maintain positive net worth, so that each firm can avoid being considered technically insolvent by their conservator. Under the PSPA, the remaining funding available to Fannie Mae and Freddie Mac is $117.6 billion and $140.5 billion, respectively.

ALSO READ: The Happiest (and Most Miserable) Cities in America

However, in a 2008 statement, the Director of FHFA stated that the GSEs would continue to make interest and principal payments on the subordinated debt, even if the minimum capital levels are not maintained. Fitch’s ‘AA-‘ ratings on the subordinated debt are reflective of the conservator’s willingness to support these obligations and the current timeliness of interest and principal on these obligations.

The stock market bottomed in March of 2009, so the bull market in stocks is now over six years old. The recession may be closer to being five years in the past now, which means that many borrowers and consumers have fading memories of the pain of the housing bubble. Will Fannie and Freddie get blamed for their roles in the next housing market correction (or worse)? Now consider how much the U.S. Federal Reserve owns in mortgage-backed securities that were bought during quantitative easing.

ALSO READ: 8 Housing Markets With the Longest Road to Recovery