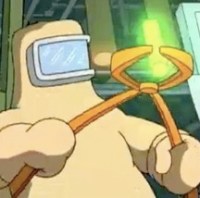 Rio Tinto plc (NYSE: RIO) stands to complete its offer a junior uranium miner with the withdrawal of Cameco Corp. (NYSE: CCJ) from the bidding for Hathor Exploration Ltd. (OTC: HTHXF). A side effect of Cameco’s withdrawal is a boost to the share prices of other juniors, including Denison Mines Corp. (AMEX: DNN), Uranerz Energy Corp. (AMEX: URZ), and Uranium Resources Inc. (NASDAQ: URRE).

Cameco has announced that it will not raise its CDN$4.50/share bid for Hathor and will allow its offer to lapse tomorrow. Rio topped Cameco’s offer last week, putting in a bid of CDN$4.70/share, valuing Hathor at CDN$654 million.

Today’s share price rise in the other junior miners is no doubt based on the belief that Cameco still wants to acquire additional uranium assets now that it has lost Hathor. Denison, for example, has a market cap of just over $500 million and may be a reasonable substitute if Cameco decides to continue shopping around.

The acquisition of Hathor comes at nearly the same time that Kazakhstan has taken over as the world’s leading uranium producer. The Central Asian country now produces about 33% of the world’s uranium, more than the second and third largest producers (Australia and Canada) combined. The country also plans to build new enrichment facilities in a partnership with France’s Areva SA (OTC: ARVCY) in an effort to move up the value chain.

Cameco is already producing uranium in a joint venture in Kazakhstan and is seeking a production increase of about 33%, which would raise its share of production from project to 2.9 million pounds of uranium. That might be enough to forestall future acquisition plans.