Can US Steel Companies Ever Realize Their Turnarounds? 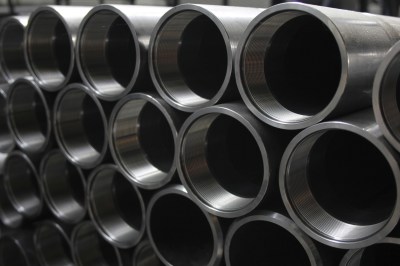 Source: Thinkstock
In the past three days, three steel companies have provided first-quarter guidance. One cut earnings forecasts drastically and the other two both offered weak outlooks. Nucor Corp. (NYSE: NUE) said on Thursday that it now expects earnings per share (EPS) in a range of $0.10 to $0.15, well below its previous estimate of less than fourth-quarter 2014 EPS of $0.65 but “slightly exceeding” first-quarter 2014 EPS of $0.35.

Steelmaker AKS Steel Holding Corp. (NYSE: AKS) also offered weak guidance on Thursday, and the company said it expects to post a first-quarter loss in the range of $0.23 to $0.28 per share. The consensus analysts’ estimate called for EPS of $0.01.

Steel Dynamics Inc. (NASDAQ: STLD) has arguably been the best performer among U.S. steelmakers, with a five-year share price gain of about 14%. Over the past two years, the company’s stock has added 27%. But Steel Dynamics has forecast first-quarter adjusted EPS in a range of $0.12 to $0.16. In the first quarter a year ago, the company posted EPS of $0.17, and in the fourth quarter EPS reached $0.40.

What has happened? According to both AKS and Nucor, a glut of imports have hammered steel prices. In the fall of 2014, the steel industry appeared to be on the verge of completing a turnaround that had weighed on share prices for about three years. Yet, even as steel shipments from U.S. makers were rising, steel imports were rising faster and prices started declining.

That excess supply, which Nucor and AKS attribute to an import glut, continued into this year. The slightly better news for U.S. steelmakers is that February steel imports fell 15% month-over-month. The less-good news is that imported steel still accounted for 33% of the U.S. market in February.

Interestingly, Steel Dynamics said now that domestic pricing has fallen to globally competitive levels, it believes steel import levels will also decline. The company expects to work through its excess inventory issues by April or May and, “coupled with continued demand, should result in increased domestic steel mill utilization.”

AKS, Nucor and Steel Dynamics are just the latest to spill the bad news. United States Steel Corp. (NYSE: X) has closed two plants and laid off 750 employees in Texas and Louisiana as demand for pipe in the oil and gas drilling business has faltered. The company announced last that it will close a Minnesota plant temporarily as it works through its own inventory issues.