A great deal of analysis and criticism has been given to the use, or abuse, of the term “Indian” or related terms that refer Native Americans by professional sports franchises.

American corporations have been even more aggressive in the adoption of the term “Indian,” pejorative terms for Native Americans like “red man,” images of Indians and the names of specific tribes. These uses often trade on associations with tribes that are renowned for courage, skills in battle or centuries of adaptation to difficult terrain or climate.

24/7 Wall St. has examined some of the most prominent or widely known Indian names or tribal names taken and used for corporate and product branding without permission or compensation.

The adoptions of these names or terms are done without compensation. In the case of pejorative terms, it is done with no regard to humiliation. In a number of cases, the images of tribes have been co-opted to build brands. 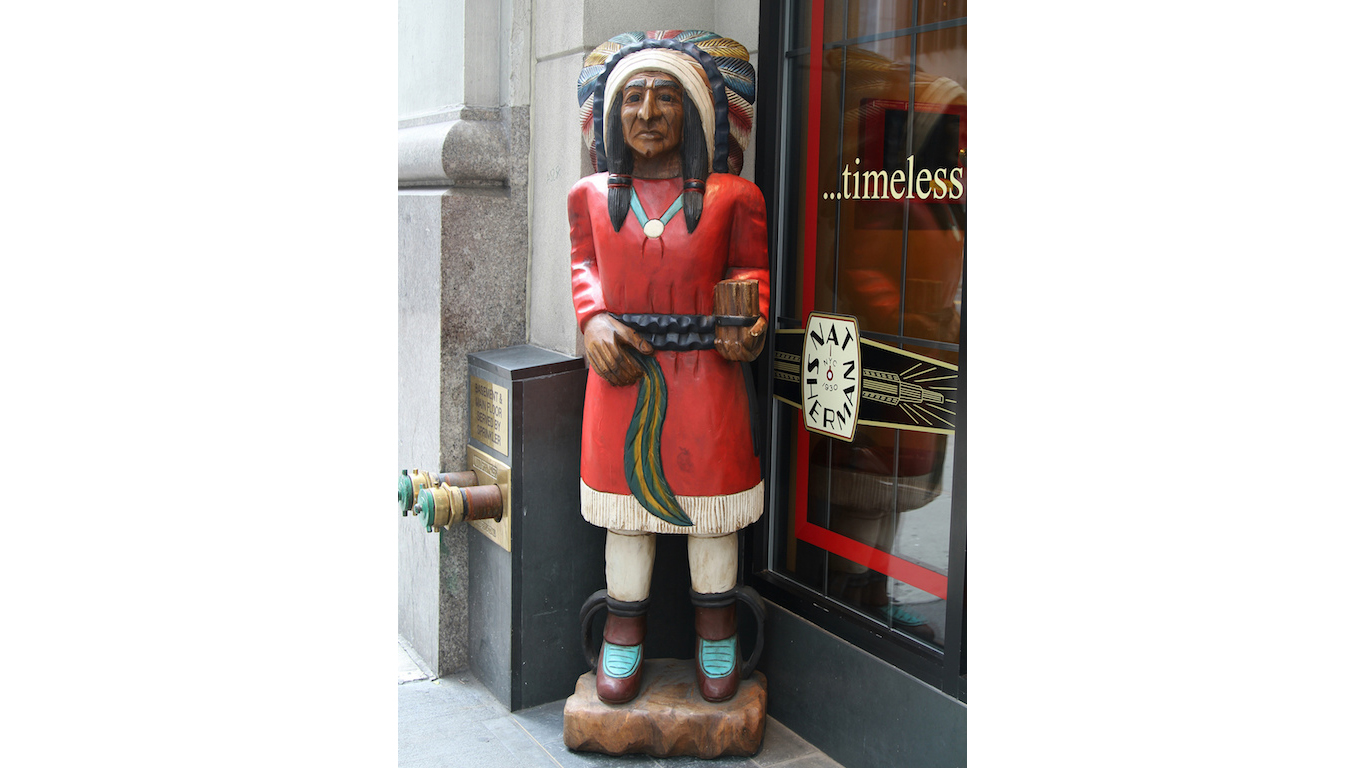 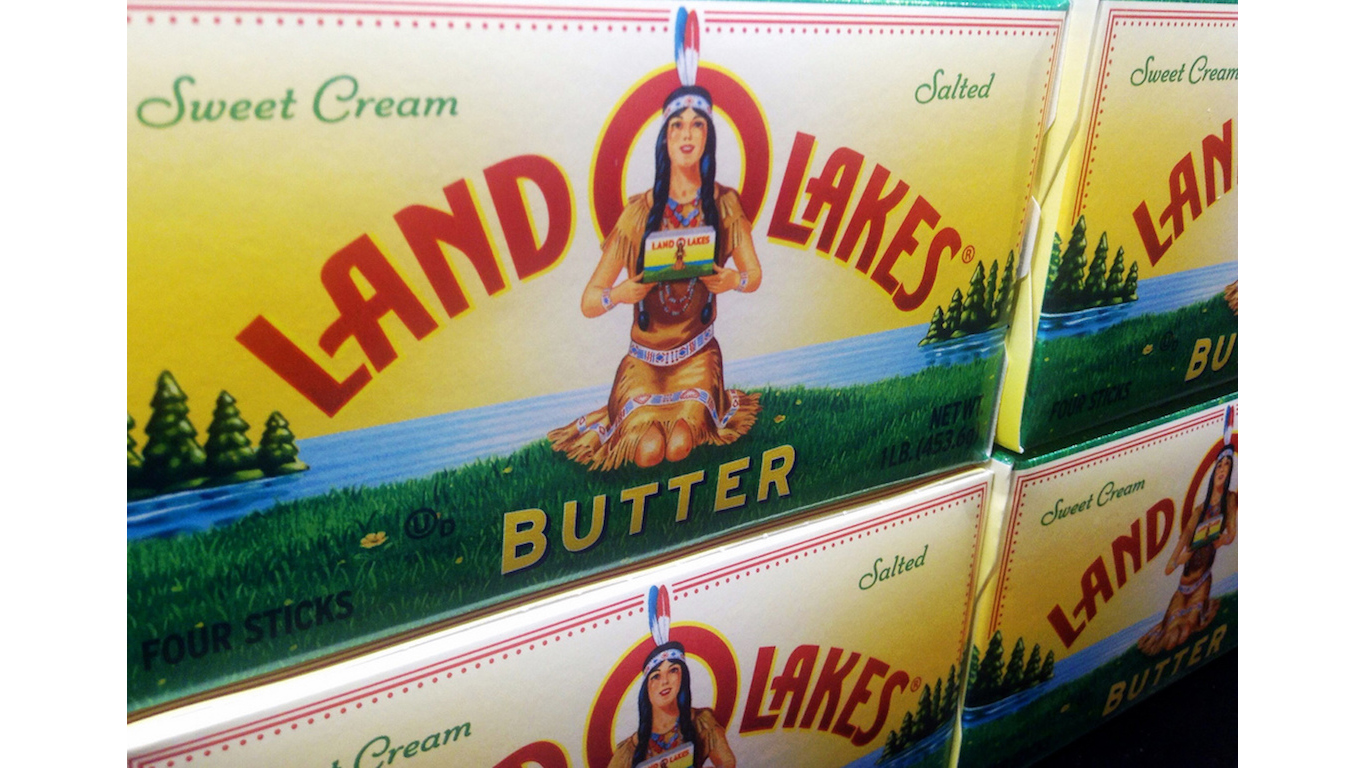 Land O’Lakes. This huge agribusiness co-operative uses an “Indian maiden” to market packages for its butter products. The parent company was founded in 1921, and use of the Indian maiden “princess” began in 1928. 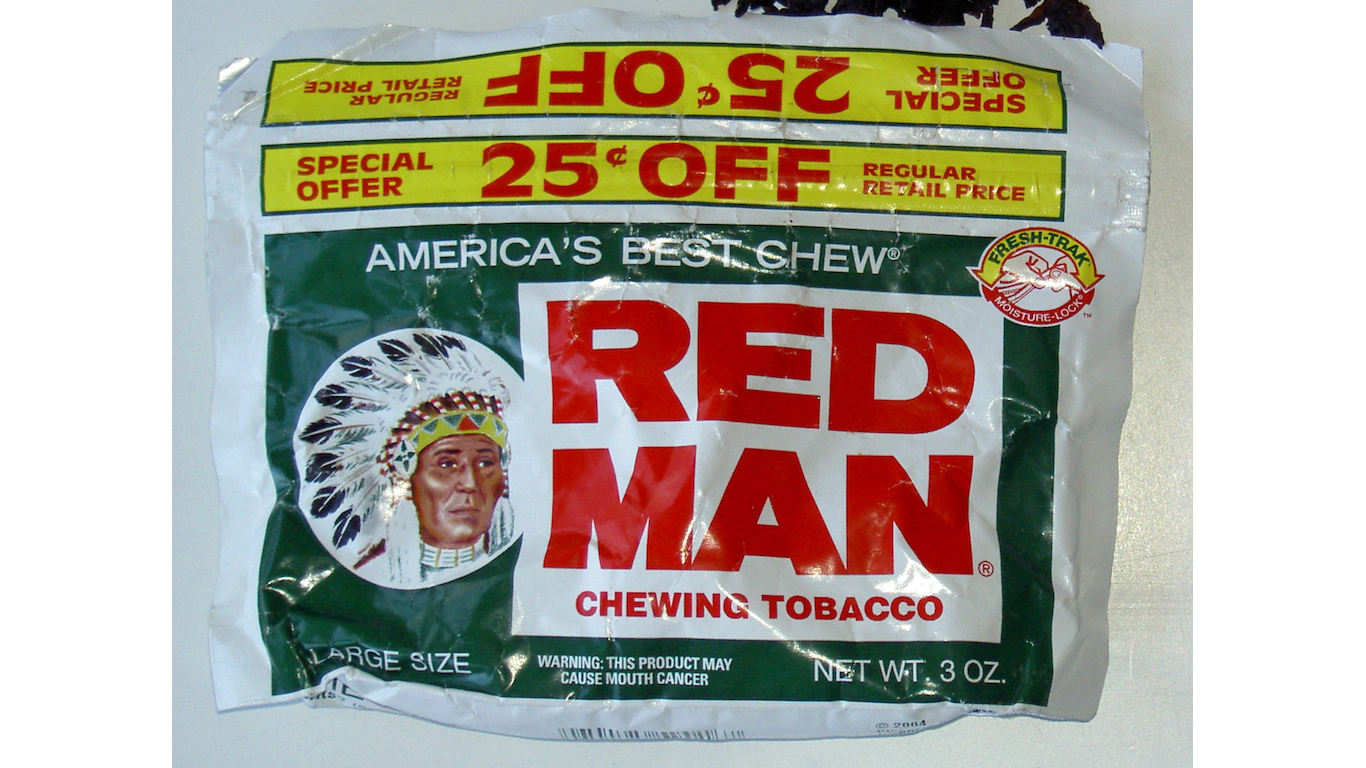 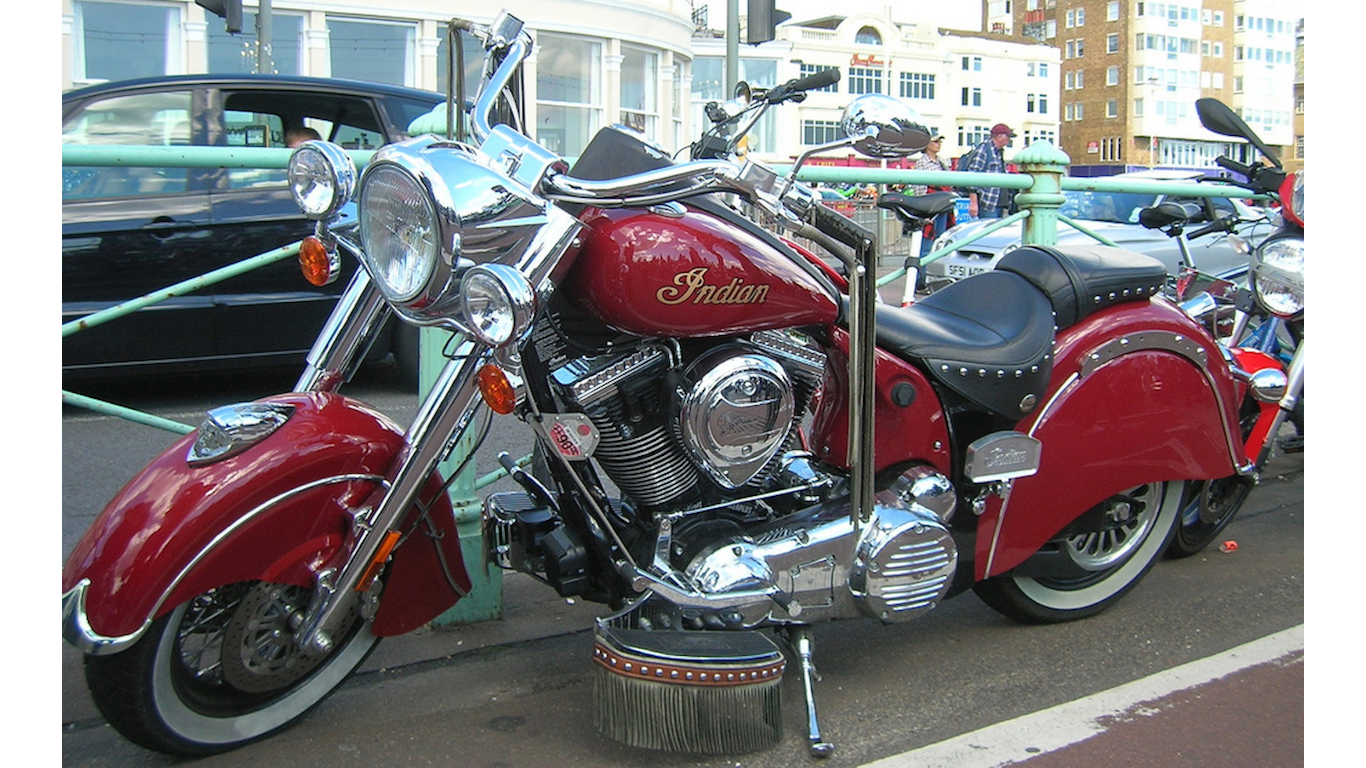 Indian Motorcycles. A line of high-end motorcycles with prices to match. The company dates back to 1897. 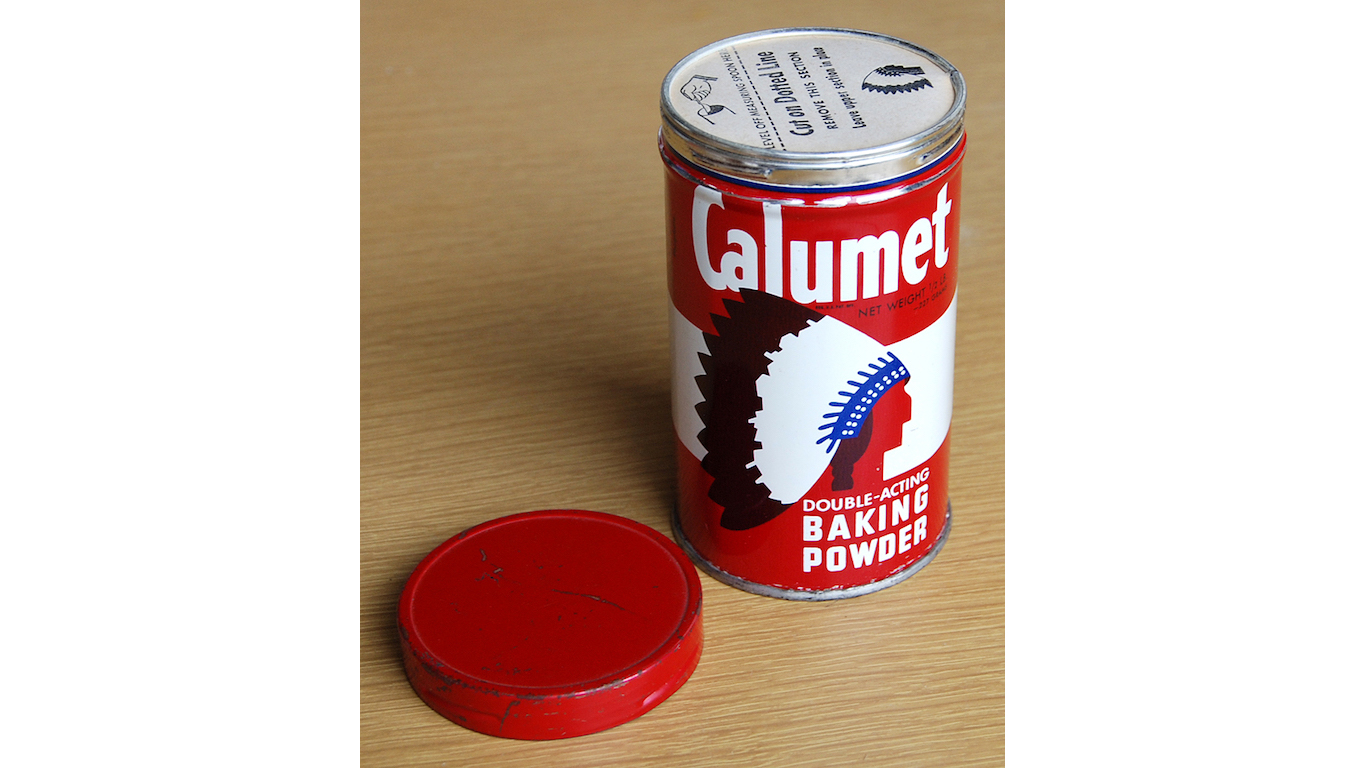 Calumet Baking Powder. The original parent company was founded in 1889, and is now owned by Kraft Heinz Co. (NASDAQ: KHC). 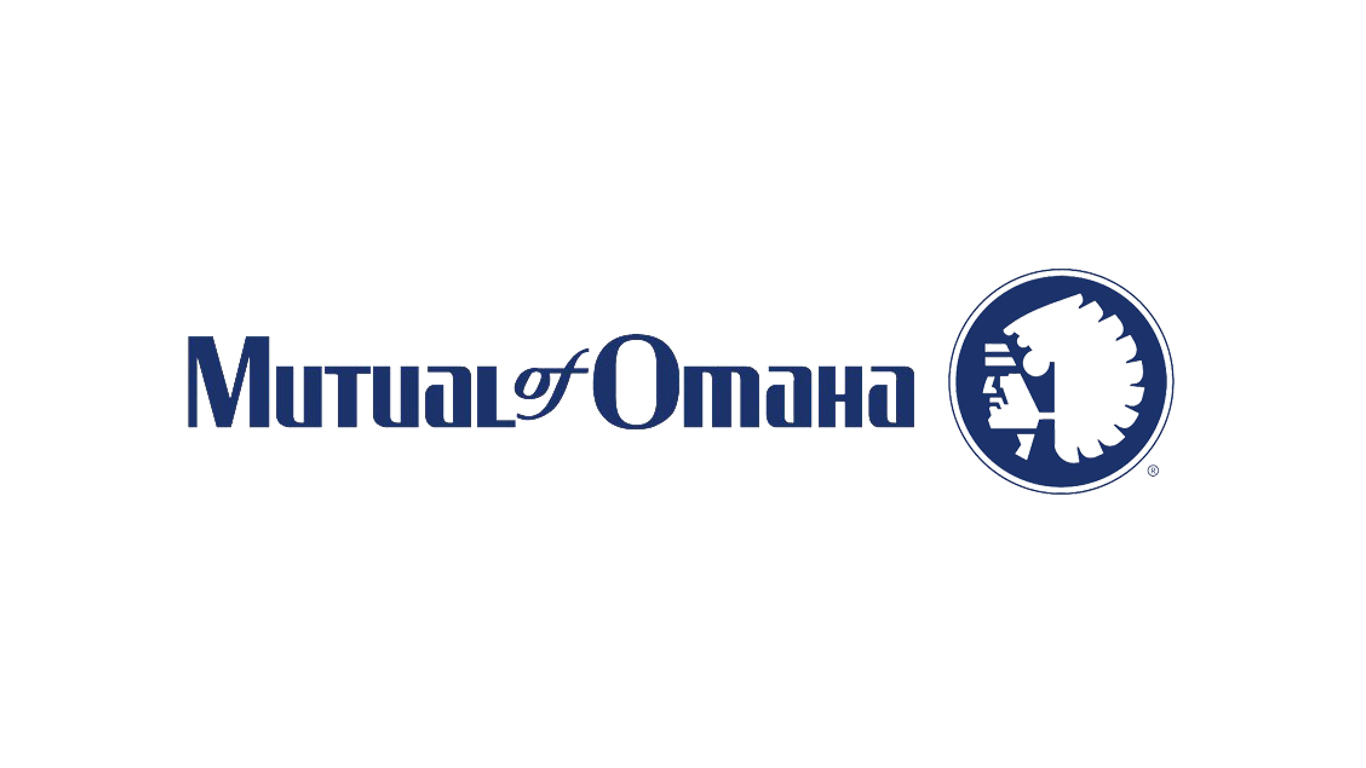 Mutual of Omaha. This insurance conglomerate’s roots date back to 1909. The Indian chief logo was adopted in 1950. 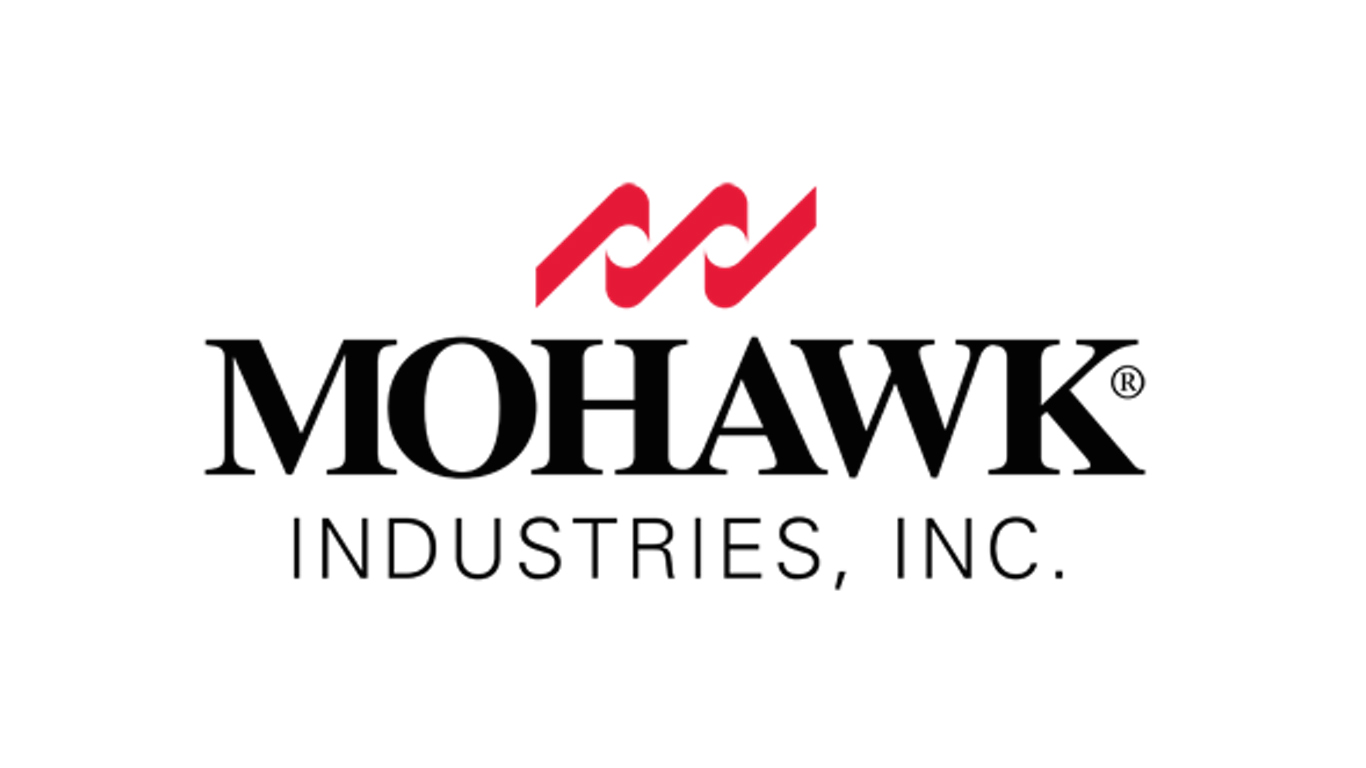 Mohawk Industries. This carpet and flooring company was founded in 1875. It adopted the Mohawk Mills name in 1920, and via a series of mergers and acquisitions it is now major American conglomerate, Mohawk Industries Inc. (NYSE: MHK). Its name was “borrowed” from a tribe once based in the Mohawk Valley in New York state. 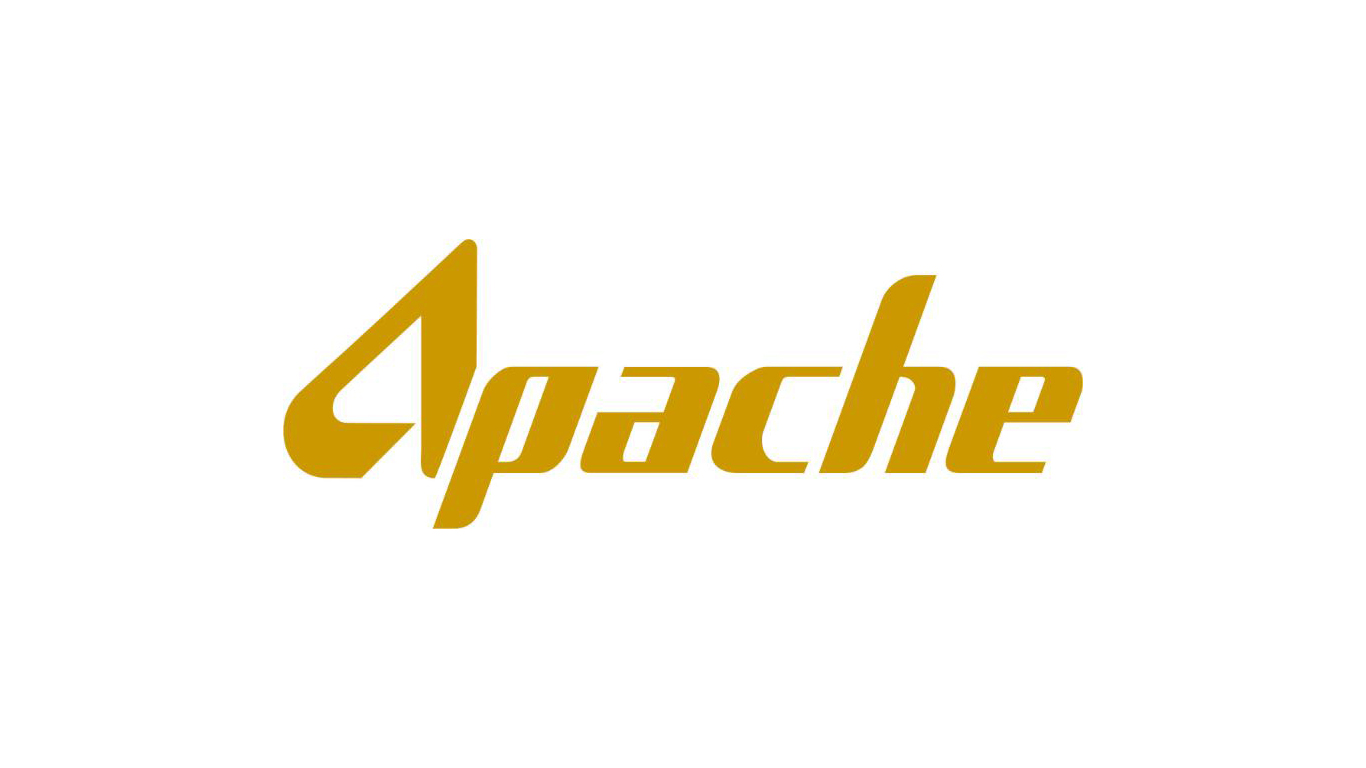 Apache. Founded in 1954, this company picked its name because it “was the sum of the founders’ initials – a, p and a – with che.'” Apache Corp. (NYSE: APA) is one of the world’s leading oil and gas exploration firms. The Apaches were originally a group of tribes located in the southeastern United States, from Arizona to Texas. Some of the tribes were widely regarded as great warriors. Geronimo was among the Apache chiefs. 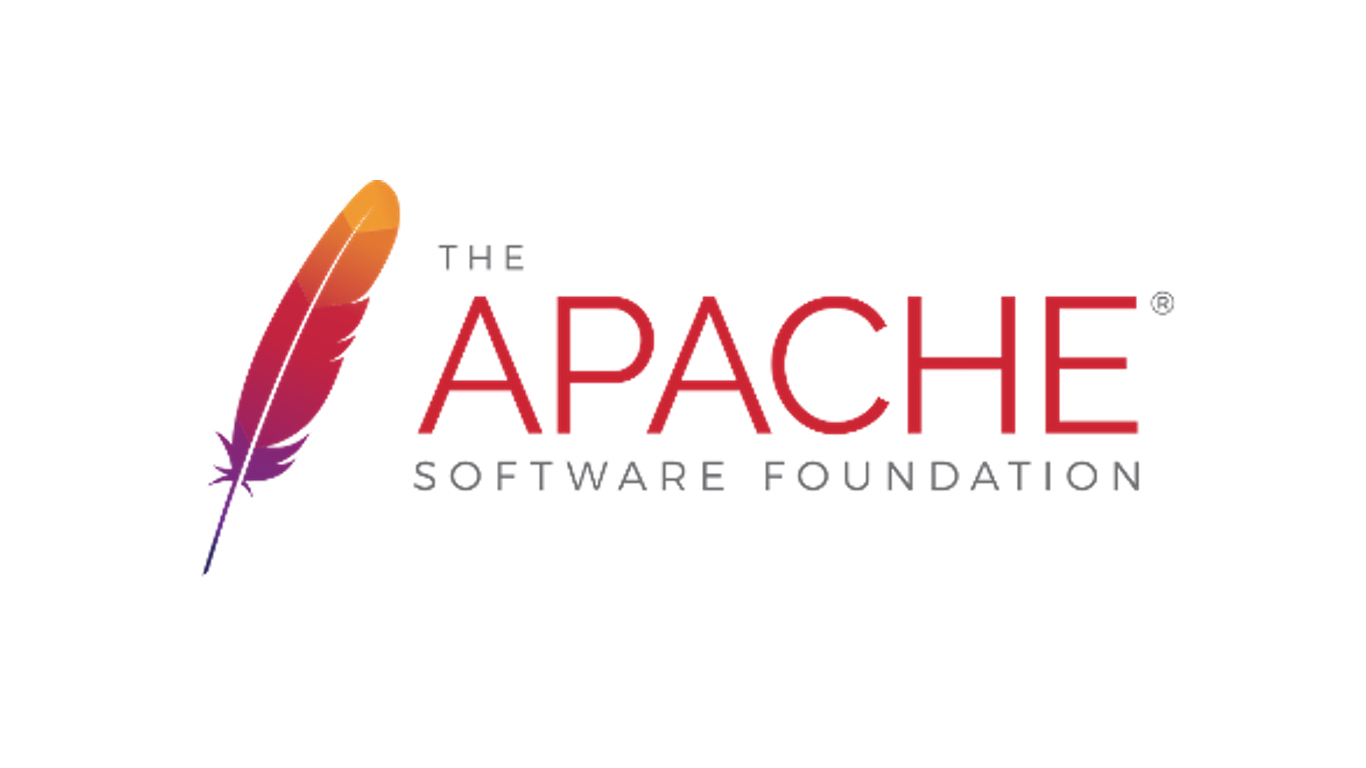 Apache Software Foundation. This nonprofit controls development of open source software, much of which revolves around one of the world’s most broadly used web servers. 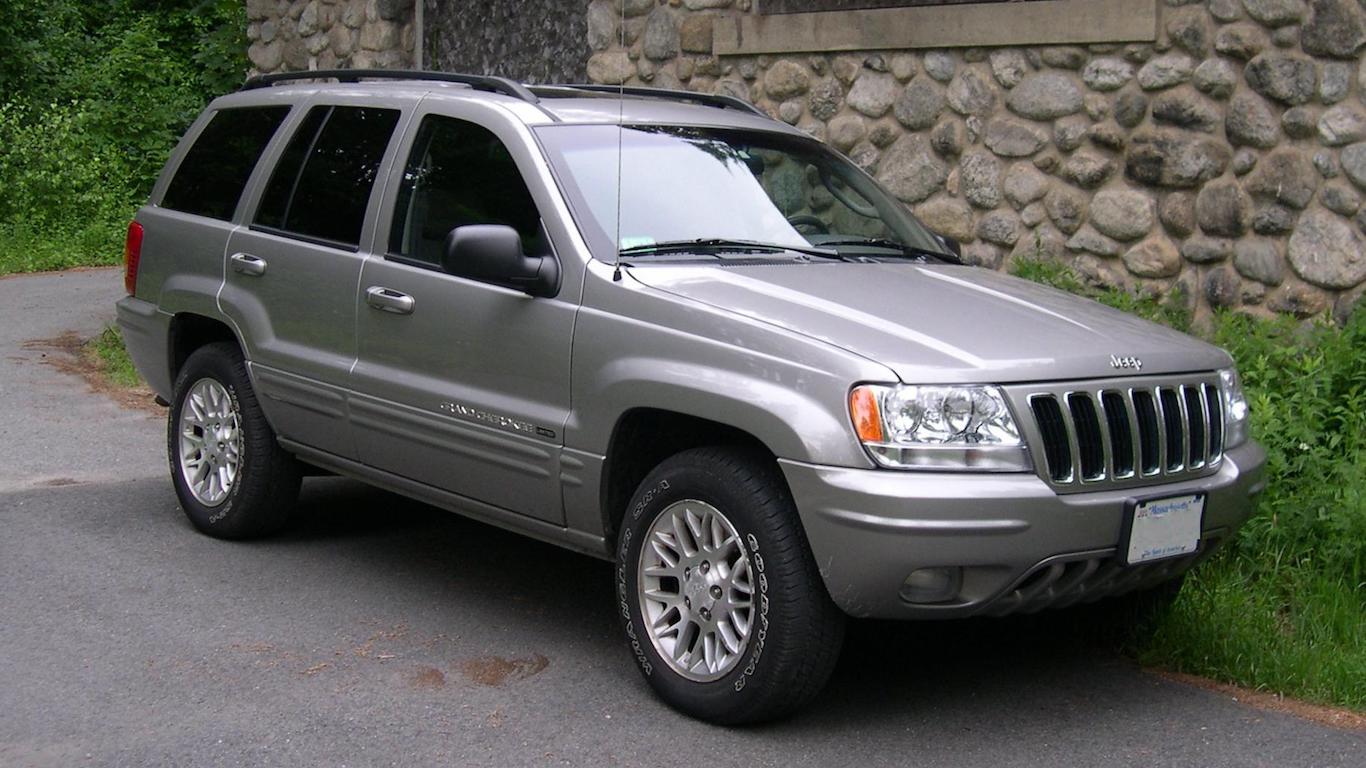 Jeep Cherokee/Grand Cherokee. Now owned by Fiat Chrysler Automobiles N.V. (NYSE: FCAU), this brand was introduced in 1974 and is among the most successful nameplates in its history. It is named after the Cherokee tribe, Native Americans who originally lived in the area that is now the southeastern United States. 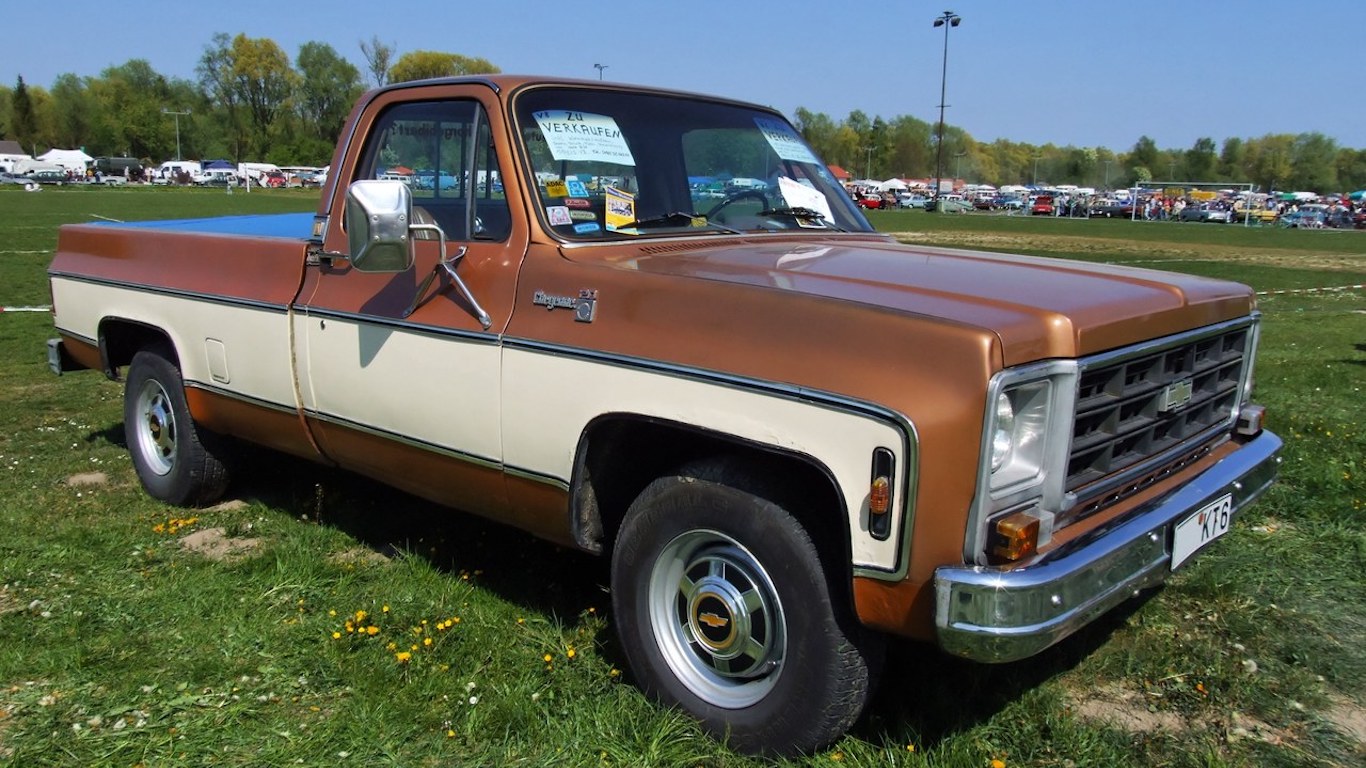 Chevy Cheyenne. This brand was first used by General Motors Inc. (NYSE: GM) to designate a new high-end trim package for the popular C/10 pickup in 1971. The Cheyenne lived in eastern Montana, Wyoming and Colorado. The 444,000-acre Northern Cheyenne reservation is located in southeastern Montana and headquartered in the town of Lame Deer. 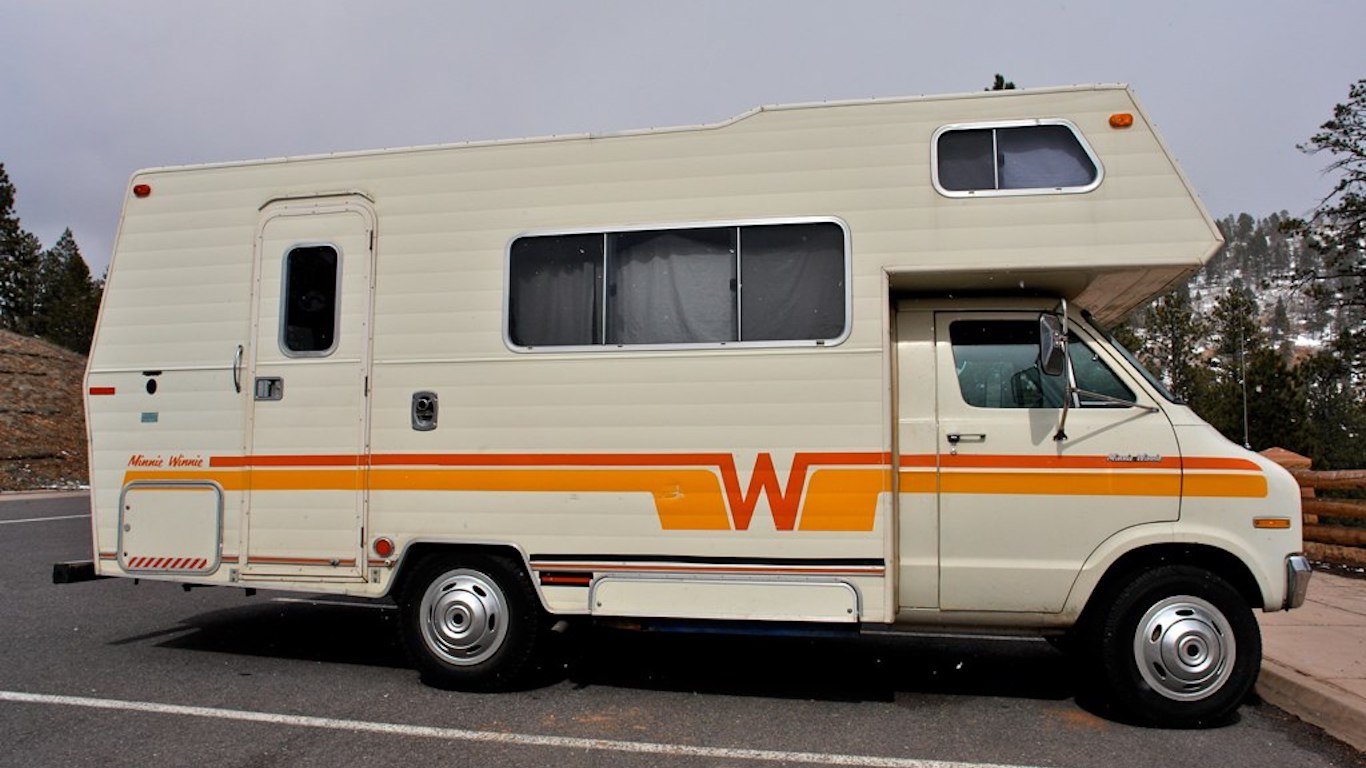 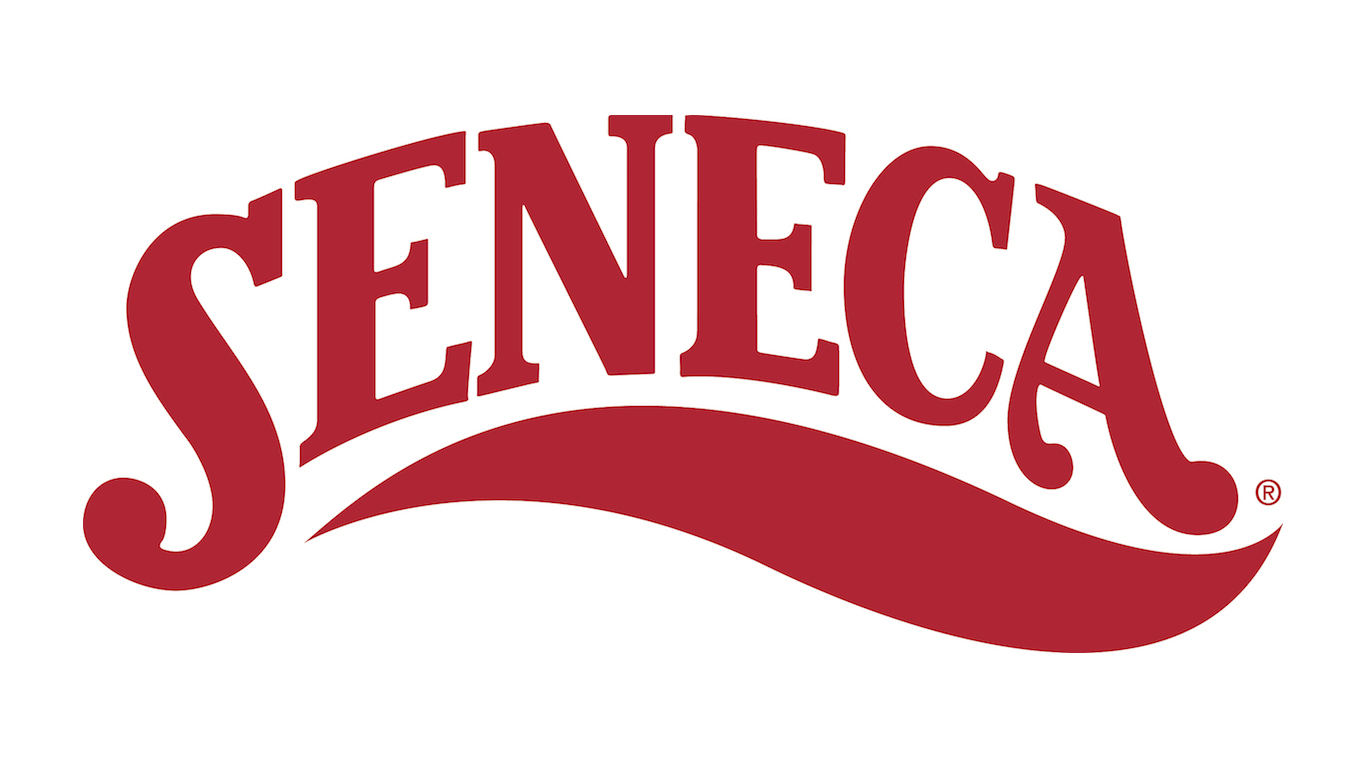 Seneca Foods. Seneca Foods Corp. (NASDAQ: SENEA) was founded in 1949 and is based near Rochester, New York. The company packages and sells fruits and vegetables under its own and other brands. One of six Native American nations comprising the Haudenosaunee (Iroquois) Confederacy, the Seneca Nation has more than 8,000 enrolled members and is the fifth-largest employer in western New York. 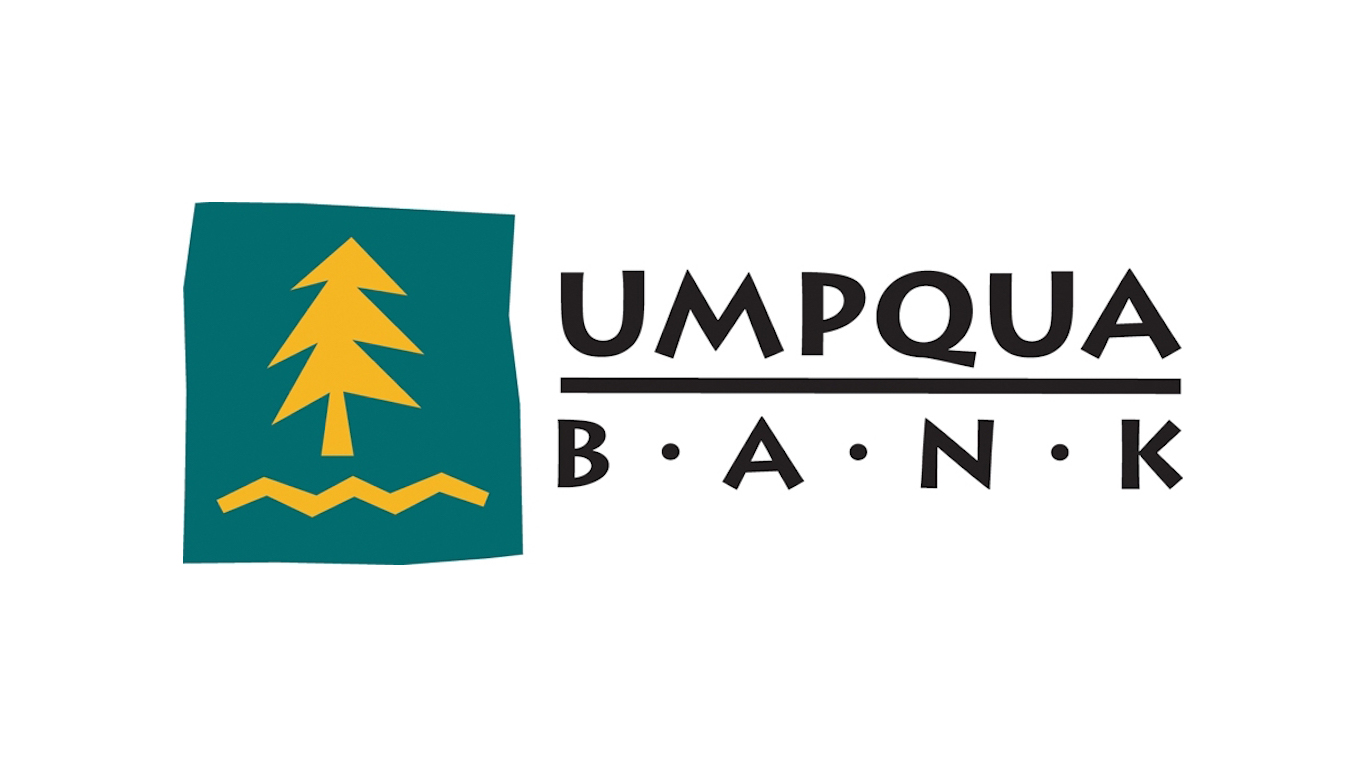 Umpqua Holdings. This banking firm was founded in 1953 and is based in Portland, Oregon. Umpqua Holdings Corp. (NASDAQ: UMPQ) now operates 382 locations in five western states. There are at least three Umpqua tribes with roots in the state of Oregon: the Cow Creek band; Confederated Tribes of Grand Ronde; and the Confederate tribes of Coos, Lower Umpqua and Siuslaw Indians. 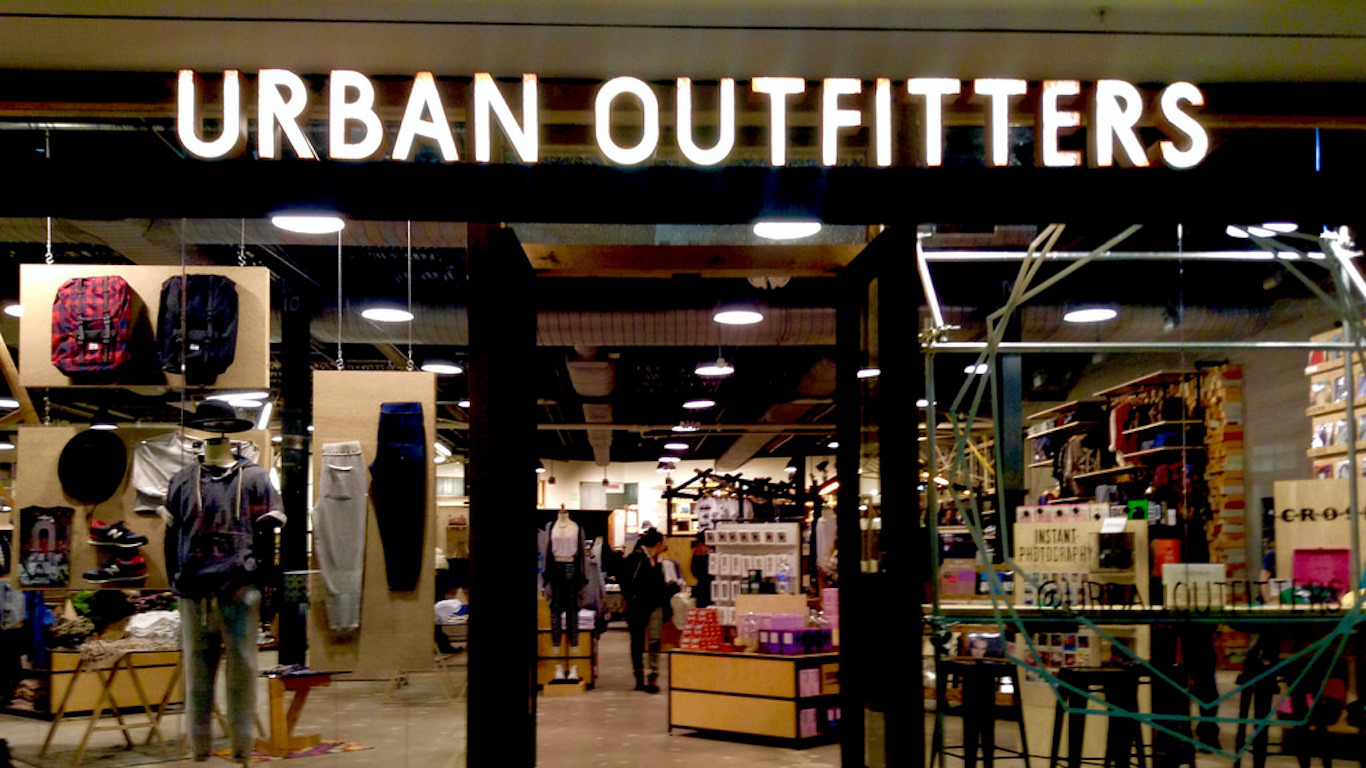 Urban Outfitters. Urban Outfitters Inc. (NASDAQ: URBN) introduced a “Navajo” apparel and accessories line in 2001. The Navajo Nation filed suit in 2012, seeking restitution for the use of the tribe’s name. In November 2016 the two sides settled. The Navajo Nation is the largest Native American tribe in the United States, with 250,000 members and a 27,000-square-mile reservation extending across Utah, Arizona and New Mexico. 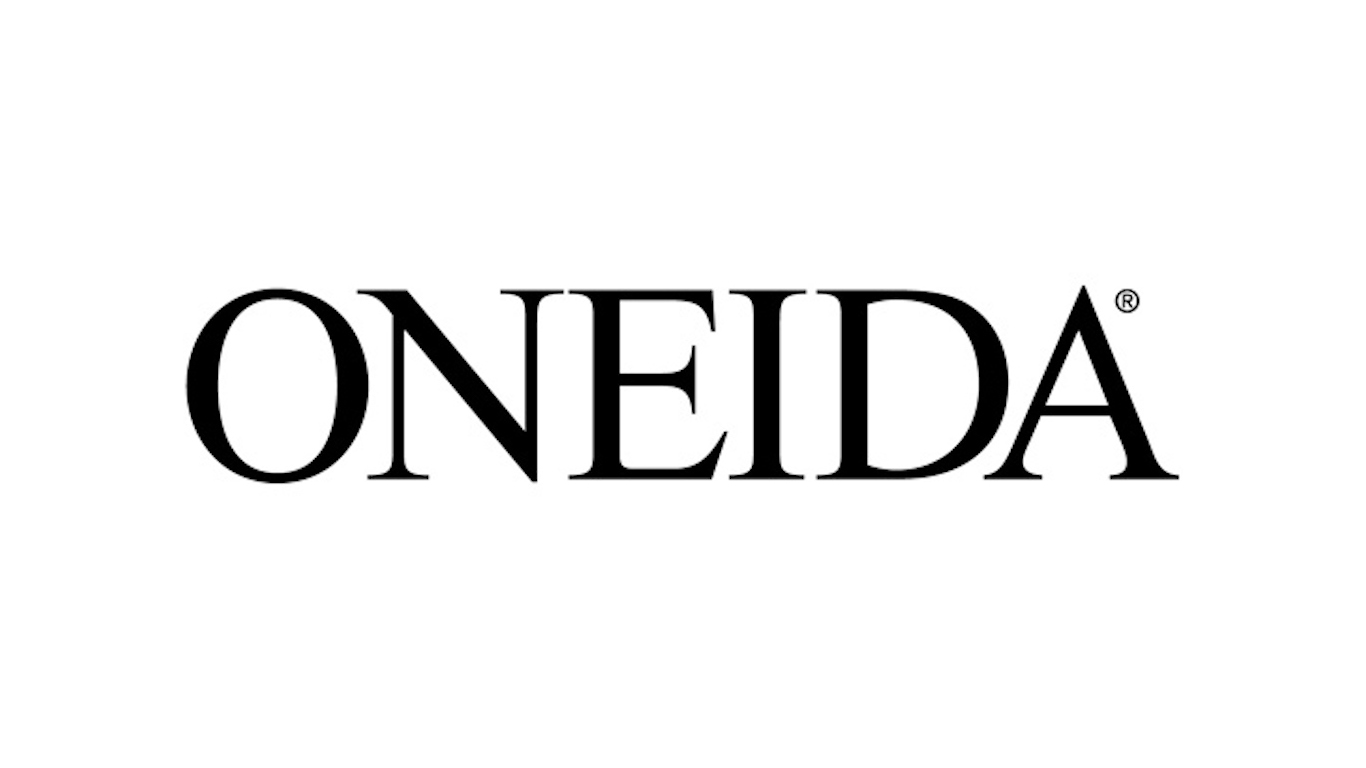 Oneida. This is among the world’s largest makers of stainless steel flatware and other tabletop products. It is an EveryWare Global-owned company that was founded as the Oneida Community in 1848, one of many 19th century utopias. The Oneida Nation originally was located in upstate New York, and now it occupies a 65,400-acre reservation in Wisconsin. 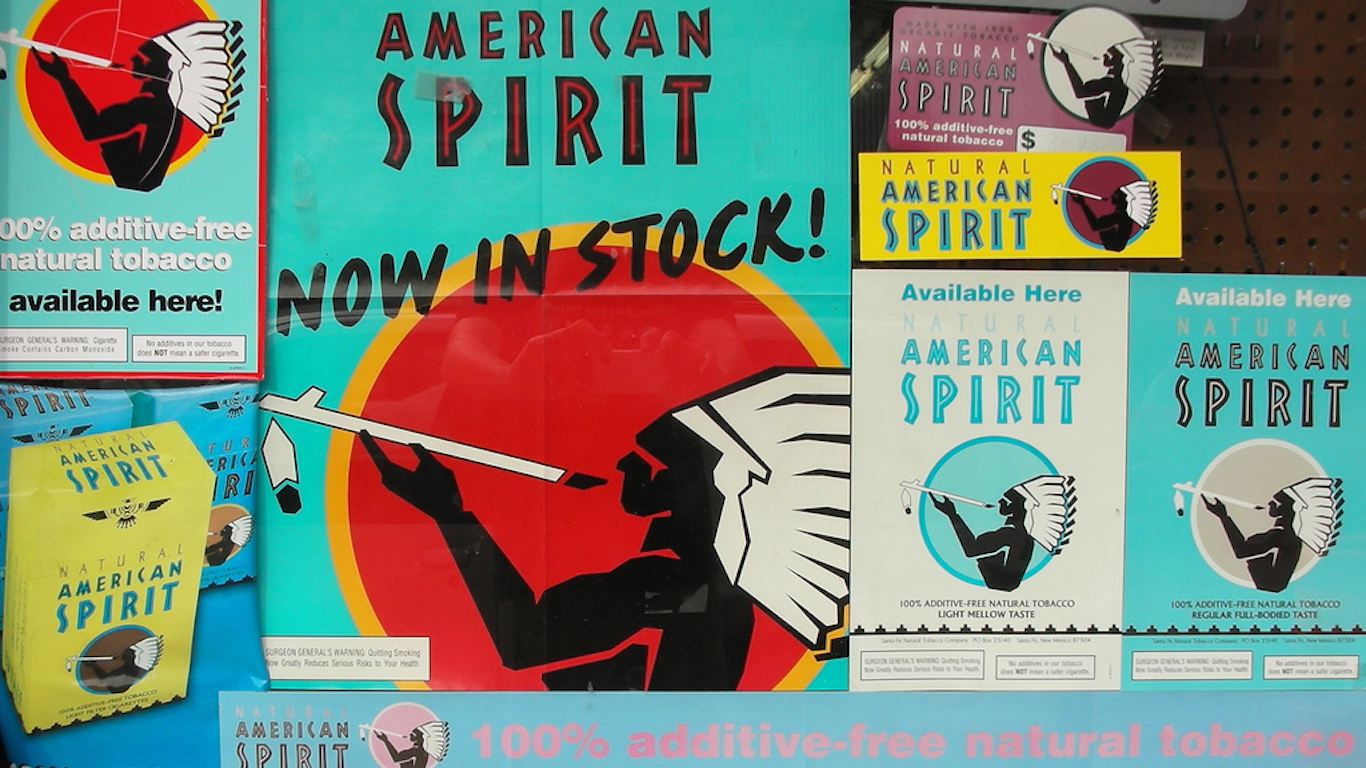 American Spirit. These cigarettes are a product of Santa Fe Natural Tobacco, a subsidiary of Reynolds American Inc. (NYSE: RAI) that has been offered $47 billion if it agrees to be acquired by British American Tobacco. The company uses a stylized Indian-head logo on American Spirit packaging, and it is currently being sued for misleading claims about American Spirit’s “organic” tobacco. 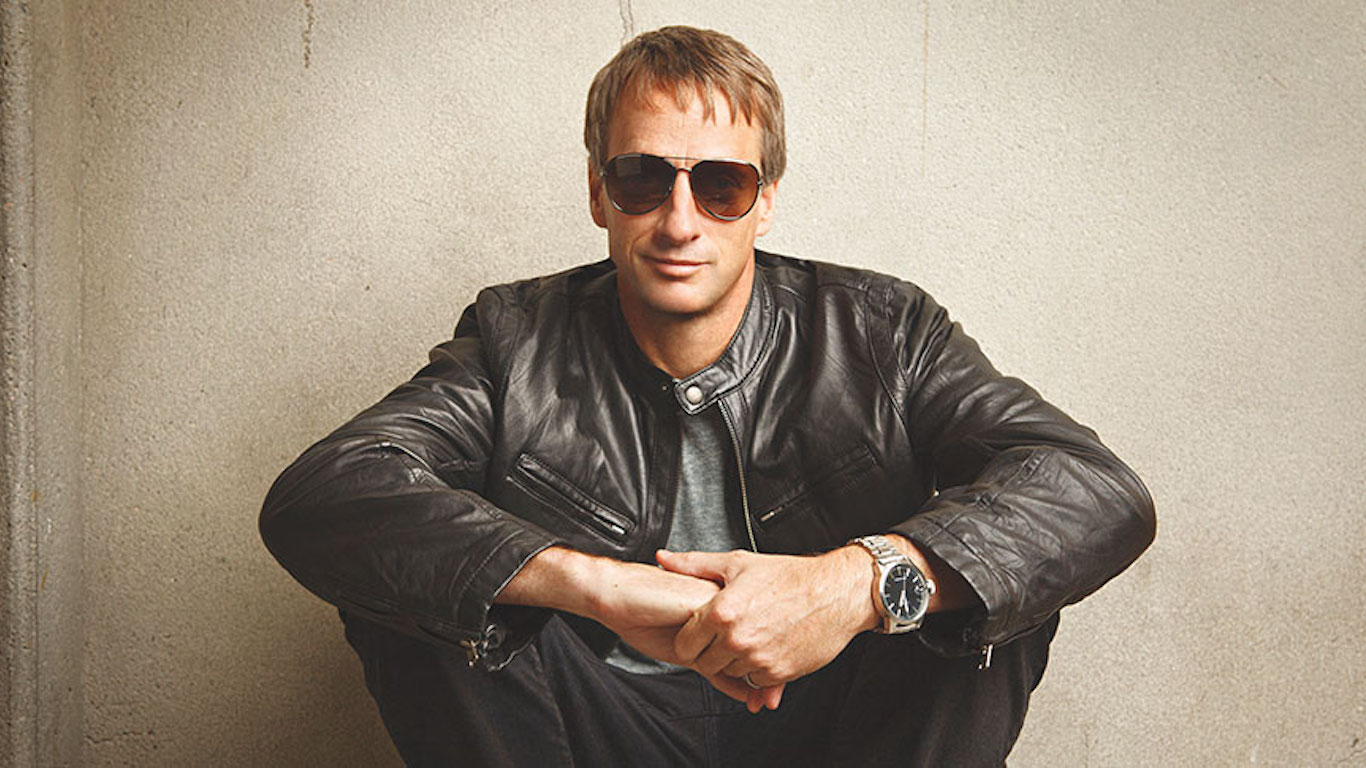 Cherokee. Cherokee Inc. (NASDAQ: CHKE) markets, manages and licenses fashion and lifestyle brands. Skateboarding icon Tony Hawk may be the best-known of the company’s brands. It is another of many companies that use the Cherokee name. 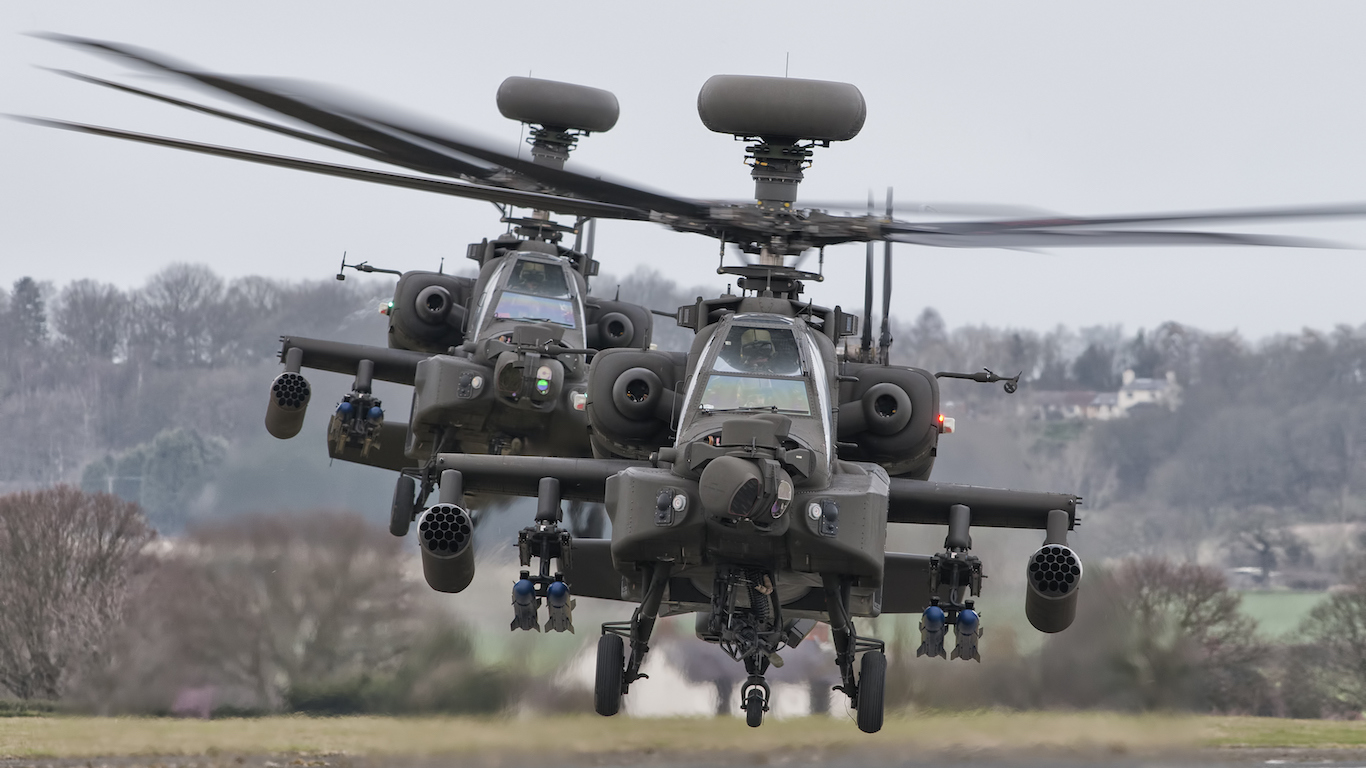 Apache and Chinook. Boeing Co.’s (NYSE: BA) defense and space group brands its attack helicopter with the Apache name and its heavy-hauler with the Chinook name. Both are names of Native American tribes: the Apache from the American Southwest and the Chinook from the Pacific Northwest.