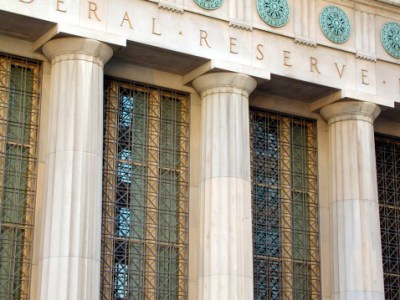 Source: Thinkstock
For years the inflation monster has been the genie in the bottle or in Pandora’s box. It was something we were warned about, but told not to be concerned over. Food and energy prices were dismissed as “volatile,” so they were separated from the other numbers. The question that some on Wall Street are starting to ask is whether inflation really is starting to pick up?

The head of the Federal Reserve, Janet Yellen, recently dismissed the recent rise in inflation as “noisy” data. But if randomness is at play, then the Deutsche Bank analysts can calculate some odds. In a new market commentary, they point out that it is has been a decade since American consumers have seen core prices rising faster than the current 0.3% monthly rate, double the average over this period.

From a sheer statistical standpoint, the numbers are even more demonstrative. The Deutsche Bank team goes on to point out, that based on the volatility of the data, there was only a 5% chance of inflation being this high. To put the data in context, an equivalent 1.7 sigma event would be 6% annualized growth in quarterly output, or payrolls adding 500,000 jobs in one month. Those gigantic events have occurred exactly once in the past decade.

So what should investors do? Remember, inflation unto itself is not bad. Inflation that rises faster than wages is bad. In fact, the ultimate goal of the Federal Reserve and other central banks around the world has been to inflate their economies by driving rates down and moving investors toward riskier asset classes.

One thing to consider is adding a small percentage of gold to a portfolio. The gold bubble that started when the great recession was in full force has played out, and asset prices are back to more normal historical levels. The SPDR Gold Shares (NYSEMKT: GLD) actually holds physical gold and provides investors a chance to add a position to their portfolio without actually buying the physical gold and placing it in a safe or safe deposit box.

We have also written in the past about selling the Treasury market short. Central banks tend to try to slow inflation by raising interest rates. The inflation rate as a factor now is hardly an issue, as rates have been at zero for years and have nowhere to go but up. In fact, if rates just went back to historical norms, the Treasury Market could see some of the heaviest selling it has seen in five years. The ProShares UltraShort 20+ Year Treasury (NYSEMKT: TBT) is a way to accomplish this without actually borrowing Treasury securities and paying the stock loan charge and the carry of the bonds coupon.

Shorting the Treasury market and buying gold in some form or another should be added only as a very small portfolio allocation, in the 5% or even less category. These are adjunct strategies that are designed to complement, but not overwhelm, a well-rounded long-term portfolio strategy that includes equity and debt investing.

ALSO READ: Five Cheap, Large Cap Stocks to Buy for the Rest of the Year

One important thing to remember is that when Wall Street pundits, talking heads, financial news anchors and the like become very dismissive of something, there is a good chance they are wrong. At the beginning of the year, the bulk of Wall Street was very negative on oil. Some even expected a decline to $75 a barrel. As our readers who have filled up their vehicles lately know, they were dead wrong. They may also be wrong about the threat of rising inflation as well.