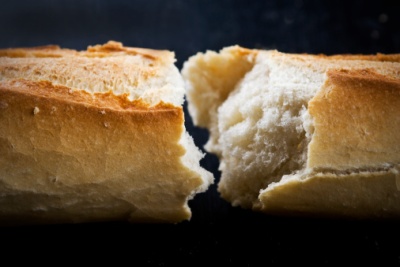 Source: Tucsekphoto/ThinkStock
Is it just coincidence the leaders in the fast casual dining segment, virtually the only segment of the restaurant industry showing consistently high growth, are also the ones that seemingly care the most about the quality and integrity of the food they serve their customers?

Both Panera Bread (NASDAQ: PNRA) and Chipotle Mexican Grill (NYSE: CMG) have committed their companies to sourcing ingredients from only the most wholesome suppliers who’ve themselves promise to uphold certain standards. Two months ago, Chipotle expanded its Food with Integrity policy by promising it will be completely GMO-free by year’s end, and last week Panera said it’s redoubling its efforts to serve “clean” ingredients, offer a menu that’s “transparent,” and working with suppliers, organizations, and governments to make a “positive impact” on the world.

Sure those are some lofty goals — and a bit of touchy-feely smarminess too — but it also follows a larger and broader trend in the food industry to get back to the simplicity our food supplies were known for when we used to feed the world.

Panera has an extended history of pursuing sustainability in its product offerings. For example, for over a decade it has refused to purchase chicken that’s been fed a diet of antibiotics to fatten them up before slaughter, and today that extends to its ham, roasted turkey, and breakfast sausages, using meat from animals raised in reduced-stress environments. Chipotle also has long-served antibiotic-free chicken, though these days it offers a more vague commitment to serve such meat “whenever possible.”

Yet others in the industry are jumping onboard, too. Earlier this year Chick-fil-A said within five years all its chicken sandwiches will be antibiotic-free while chicken processing giant Perdue has been promoting its Harvestland brand of antibiotic-free chicken. Tyson Foods (NYSE: TSN) offers a line of such poultry too, and has done so since 2007. Last year it rejected cattle that were fed the performance-enhancing drug Zilmax while Smithfield Foods stopped using the ractopine just before its sales to China’s Shuanghui International because the country bans the use of such drugs.

Last month McDonald’s (NYSE: MCD) also published a “sustainable supply chain” goal that it wants to implement before 2020, yet it was still able to pressure meat processors like Tyson to change some of their practices or face losing the restaurant chain as an outlet for their products, such as the elimination of gestation cages that prohibit a breeding pig from doing anything but stand still for the entirety of its four-month pregnancy. More than 80% of breeding pigs in the U.S. are held in such crates, but Tyson, Hormel, and others are phasing out their use.

These healthy food goals should keep Panera at the head of its industry, but it’s noteworthy it also comes with risk. As we’ve seen with manufacturers who’ve used the term “natural” on their products, only to be sued because they also contained processed or synthetic ingredients. Trial lawyers extracted a $9 million settlement from PepsiCo (NYSE: PEP) last year because its Naked Juice brand also contained GMOs and add vitamins that were synthetically produced.

Even as numerous companies have come under attack for similar labeling issues, both Panera Bread and Chipotle Mexican Grill might themselves face closer scrutiny should they begin claiming their foods have no “artificial” ingredients.

Regardless, the trend towards clean, simply foods is growing, boding well for the larger sustainability movement, and it suggests the two leaders of the fast casual restaurant market will be able to maintain their preeminent position atop the competition.

Warren Buffett just bought nearly 9 million shares of this company Imagine a company that rents a very specific and valuable piece of machinery for $41,000 per hour (That’s almost as much as the average American makes in a year!). And Warren Buffett is so confident in this company’s can’t-live-without-it business model, he just loaded up on 8.8 million shares. An exclusive, brand-new Motley Fool report details this company that already has over 50% market share. Just click HERE to discover more about this industry-leading stock… and join Buffett in his quest for a veritable landslide of profits!

This Is The Largest Military Cemetery In America

This Is The World's Worst Nuclear Accident

The Team Has The Most Expensive Tickets In The NFL