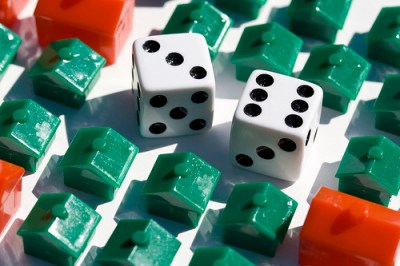 Almost all indicators in the housing market are starting to point downward.

The National Association of Realtors reports that

The Pending Home Sales Index, a forward-looking indicator, declined 2.8 percent to 88.9 based on contracts signed in January from a downwardly revised 91.5 in December. The index is 1.5 percent below the 90.3 level in January 2010 when a tax credit stimulus was in place. The data reflect contracts and not closings, which normally occur with a lag time of one or two months.

The information is another reason that the federal government will need to bring back the home sales credit, even if it puts pressure on deficit growth. Congress and the Administration have to balance the effects of a housing collapse on the overall economy. Housing and rising gasoline prices together could easily drive the economy back into a recession.

New data show that only a quarter of the homeowners who tried to avail themselves of the HAMP program were actually given any relief. The federal government’s flagship program to right the market has not worked. Tax credits did.