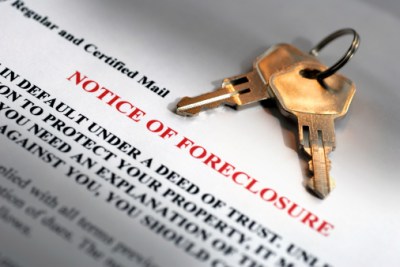 Source: Thinkstock
In the month of October, 48,000 U.S. home foreclosures were completed, down 25.6% from a revised total of about 60,000 in September and down 30% from 68,000 in October 2012, according to research firm CoreLogic (NYSE: CLGX). While an improvement, the number of foreclosures is still well above the 2000 to 2006 average of 21,000 foreclosures per month. CoreLogic notes that since September 2008, some 4.6 million foreclosures have been completed in the United States.

The scourge of an elevated foreclosure inventory is easing. In October, every state posted a year-over-year decline in completed foreclosures, which is positive news. Additionally, the rate of serious delinquencies, which fell more than 25% year over year, is the at the lowest level in nearly five years, which is great news as we head into a new year.

The research firm’s chief economist noted, however, “There are almost 900,000 properties still in foreclosure, but a normal level would be only a quarter of the current stock.”

CoreLogic notes that the national foreclosure inventory is down 31% since October 2012 and down 2.9% month-over-month. That marks the 24th consecutive month of year-over-year declines.