Cities Where Homes Will Not Sell 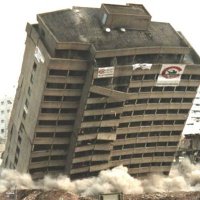 When it comes to the housing crisis, foreclosures and home prices often dominate the headlines. Other information, however, is just as important to a complete understanding of the crisis. Chief among these are the amount of time homes are on the market and whether the total inventory of available homes has changed. These are better indications of supply and demand than any other data.

Read: The Cities Where Homes Will Not Sell

Wilmington, N.C., tops the list with houses remaining on the market for 164 days. That compares to a city in bad shape, like Detroit, where the number is only 65 days. Wilmington’s figure is not necessarily a bad sign. A city where listed homes have been on the market for a long period may be one where many home owners still believe there is a chance they can make a sale. Detroit’s figure is probably low because people are no longer listing their homes for sale due to a lengthy and depressed housing market.

The one figure that does, often, coincide closely with high number of days on market is foreclosures. In eight of the 10 cities where homes are on the market for the longest period, foreclosures were at or well above the national average. Clearly, people who must sell their homes keep them on the market as long as they can. Eventually, particularly in cities with many days on market, the ability of these home owners to pay their mortgage runs out.

Another reason that homes in many of these cities have been on the market for so long is that they are among those that had rapid population growth between 1990 and 2010. This caused a rapid expansion of inventory. The cities became overbuilt as the housing crisis began to drive up foreclosures, particularly among homes with subprime mortgages.

Notable among the cities that added large numbers of people are Tallahassee. The population of the Florida state capital rose over 20% from 1990 to 2000 and another 20% from 2000 to 2010, according to the Census Bureau. West Palm Beach grew even more rapidly over the same 20 years. Gainesville grew by 30% from 2000 to 2010. Florida, which has five cities on this list, has the second highest foreclosure rate of any state, trailing only Nevada, according to RealtyTrac. Florida’s population rose by approximately 30% each decade from 1970 through 2010.

The most obvious sign that the housing market has begun to recover will be when prices begin to rise and foreclosures abate. There will be other signals. Days on market for homes may actually rise for some period nationwide. Home owners seeing a market recovery will put their homes on the market. As a consequence, inventory will rise. The real test of a recovery will be how quickly this increased inventory eventually will fall.

In order to identify the cities where homes stay on the market the longest, 24/7 looked at pricing and listing data provided by Realtor.com. For these cities, we identified whether the number of homes available increased or decreased, as well as how much prices have changed during that period. We also included most recent foreclosure rates provided by Realtytrac, and compared those to the national average.

These are the 10 U.S. cities where homes will not sell