10 Stocks to Own for the Decade

Alternative Pick: Mylan N.V. (NASDAQ: MYL) successfully fought off a $40 billion buyout from Teva, but its own effort to buy Perrigo was thwarted and it is trying to buy a Swedish company instead. Mylan is less of a sure bet, but its stock price has sold off enough (under $50, versus a 2015 peak above $70), and it is and worth $21.5 billion, that Mylan most likely has a lot of cushion. Again, an alternative means it is the back-up pick rather than an equal.

Walt Disney Co. (NYSE: DIS) has managed to outperform far more than ever imagined back in 2010. It trades at a premium valuation because of its media and entertainment dominance. It also has acquired the Star Wars franchise in what proved to be a dirt cheap deal. Marvel and Pixar are wins as well, and efforts like “Frozen,” theme park growth and ticket price optimization are all helping. Dividend hikes and share buybacks have helped too. Broad negativity around ESPN and cord-cutting has been overblown, as Disney owns a big stake in Hulu.

Alternative Pick: For those investors looking for a would-be rival ahead, Comcast Corp. (NASDAQ: CMCSA) seems to have serious Disney envy. It now owns NBC and is in the process of acquiring DreamWorks Animation SKG for movies and for theme park exposure. By adding content it aims to reduce its exposure from the rise of cord-cutters. Its NBCUniversal owns a piece of Hulu. The core Disney is still perhaps its own best replacement, but the reality is that Comcast is melding lots and lots of one-time or consumption revenues on top of its core revenue stream for cable, phone lines and broadband. Disney still remains its own best alternative.

A table showing the price back in 2010 and adjusted for prices in May 2016 has been included here. Also included is the performance since then adjusted for dividends, yields of the dividends now and compared to 2015 and 2010, and how each one’s market cap has changed from 2010 to 2016. 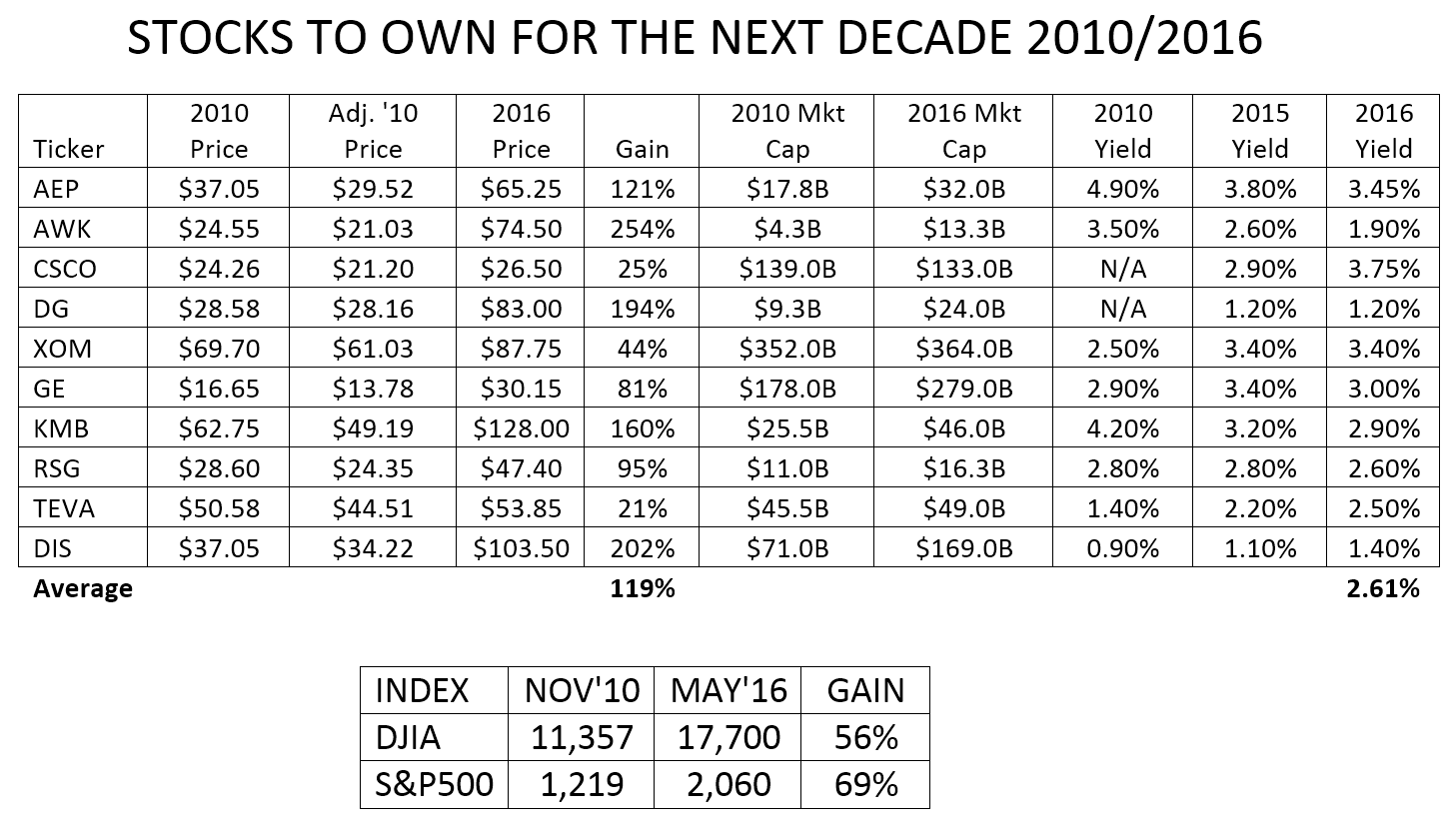