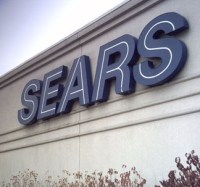 Sears Holdings Corporation (NASDAQ: SHLD) was trading lower on the day, but shares have now spiked up 2% to $68.05 on the day.  The reason is rather unusual and it is likely being overlooked by many traders out there when it could in fact be the prelude to some huge news.  Eddie Lampert is going to do a CNBC appearance on Wednesday morning, or at least that is what the team on CNBC just reported.

Television interviews, or any interviews for that matter, are not exactly market moving events in most cases.  What is so unusual here is that Eddie Lampert almost never gives interviews and he really avoids the media spotlight in most cases.

So the speculation here is rather simple from the trader logic… Lampert is likely set to report some more big news between now and tomorrow’s interview that will be good for shareholders.  If Lampert shuns the media, chances would seem to be low that he would be coming on live for the opportunity to talk down the Sears hopeful story.