Four Restaurant Stocks Set to Thrive in 2014 and Beyond 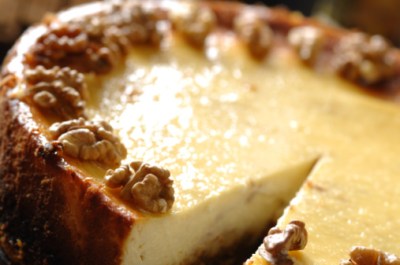 Source: Thinkstock
Barron’s suggested this week that the recovery in the housing market could spell trouble for restaurant stocks going forward. But there seem to be two theories on what could happen. Investors seem to feel that the economic recovery will encourage consumers to eat out more. Restaurant stocks in the S&P Composite 1500 index trade at about 20 times this year’s earnings forecast, compared with 15 times for the broader index.

But some analysts feel that as Americans increasingly buy homes and start families, their spending will shift away from entertainment to durables, like appliances and carpeting. Research shows that the birth of a child can shrink a family’s restaurant spending by as much as 10%.

Barron’s falls in the latter camp, and it feels the restaurants best positioned for the next few years will be those that cater to higher income customers and that offer plenty of conveniences for families. On the other hand, those catering to lower income consumers, such as McDonald’s Corp. (NYSE: MCD) and Burger King Worldwide Inc. (NYSE: BKW) are likely to struggle. And Darden Restaurants Inc. (NYSE: DRI), which operates the Olive Garden and Red Lobster chains, not only offers little convenience to customers, but also offers relatively expensive meals to lower income consumers.

These are four restaurant stocks Barron’s sees as well-positioned for 2014 and beyond.

Chipotle Mexican Grill Inc. (NYSE: CMG) scores with its focus on natural ingredients and its potential for rapid store growth. It is also expanding beyond its burritos and tacos roots with its ShopHouse Southeast Asian Kitchen and Pizzeria Locale formats. The Thomson/First Call price target is at $534.70. Shares closed Tuesday at $530.28. The stock is up more than 78% in the past year.

Starbucks Corp. (NASDAQ: SBUX) is increasing convenience with drive-throughs and mobile ordering. It is also expanding its Seattle’s Best offerings in grocery stores. Investors are paid a 1.3% dividend. The consensus price target is $89.15. Starbucks ended trading Tuesday at $75.46, and shares are up more than 38% in the past 12 months.

Cheesecake Factory Inc. (NASDAQ: CAKE) has plenty of higher-income exposure, as well as increasing exposure overseas. It recently unveiled its newest location in Saudi Arabia, joining the two it already has in Dubai. Investors are paid a 1.2% dividend. The consensus price target is $48.42. The stock closed Tuesday at $47.47, which was more than 43% higher than a year ago.

Brinker International Inc. (NYSE: EAT), which operates the Chili’s chain, is rolling out convenience features like delivery and tabletop ordering. It is expected to post solid results when it reports earnings next week. Investors are paid a 2.1% dividend. The consensus target price is $46.87, though shares ended the day Tuesday at $46.77. That is about 43% higher than at this time last year.