States With the Most (and Least) Government Benefits 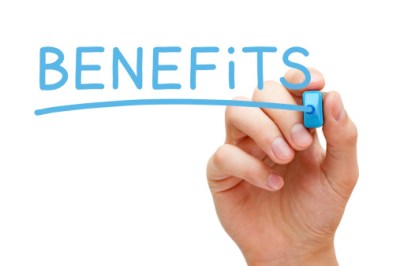 Source: thinkstock
Politicians Marco Rubio and Paul Ryan recently introduced a plan to fight poverty by transferring more responsibility to the states. While the federal government offers various assistance programs to U.S. residents in need — anything from unemployment benefits to food stamps — the states provide additional services and benefits.

Right now, the states already bear a substantial burden. They pay for public pension plans, unemployment insurance, education, Medicaid, and the Temporary Assistance for Needy Families program (TANF), among other benefits. However, while most states fund many of these social programs, the amounts and levels they spend vary widely. 24/7 Wall St. identified the states that guaranteed the most benefits in these five categories, and the states that guaranteed the least.

Click here to see the states with the most government benefits

Click here to see the states with the least government benefits

For the most part, states that spent the most in one program tend to spent the most overall. Rhode Island, which ranked as the top-spending state this year, spent in the top 15 in all five measures we considered. Similarly, states that were close to the bottom of our list for doling out benefits and services spent less than average in nearly every spending category.

The reasons some states spend more than others on benefits and programs is complicated. One factor that seems to be consistently true across the top and bottom spenders is the political climate. Of the 10 states that ranked as the most generous, nine voted Democratic in the last presidential election, with Alaska as the exceptions. Of the 10 states that spent the least on their social programs, all but one — Florida — voted Republican.

The political climate can also influence how much a state collects in taxes, with Democratic states collecting more than Republican states. States that spent more on benefits were also more likely to have higher median incomes, which mean that tax bases were also higher. In fact, all five of the states with the highest median income are among the top spenders on social programs. Most of the least generous states have among the lowest median incomes in the country.

There does not appear to be a relationship between the relative needs of a state’s residents for social programs and the state’s spending. Of the states that spent the most on weekly Temporary Assistance for Needy Families (TANF) cash assistance, for example, the vast majority had among the lowest poverty rates in the country.

In an interview with 24/7 Wall St, Michael Leachman, director of state fiscal research at the Center on Budget and Policy Priorities, explained that it’s hard to explain why states that have a greater need for public assistance spend less, while states with better-off populations spend more on benefits. “You wonder if it isn’t to some extent a case of chicken-and-egg,” he said. “In the states that have urban, higher income populations… there’s money there, and the politics have evolved to encourage spending on public programs. But it is a difficult question to answer.”

In order to assess how much or how little a state guarantees in benefits and services, 24/7 Wall St. examined spending by each state on a number of different programs. We considered average pension benefit payments per beneficiary as well as per pupil spending, both published by the U.S. Census Bureau for the 2011 fiscal year. Pension benefits include both state and local pensions, while per pupil spending reflects the total from all sources of funding. The U.S. Department of Labor’s Employment & Training Administration provided unemployment insurance figures, calculated over a 12-month period ending in the third quarter of 2013. Information on Temporary Assistance for Needy Families figures is from the Center on Budget and Policy Priorities (CBPP). Medicaid payments per enrollee for fiscal 2010 are from the Kaiser Family Foundation. While states receive partial federal funding for TANF and Medicaid, they have considerable discretion over how to implement these programs. All data used were for the most recent available year.

This Is the County Where the American Dream Is Completely Dead

This Is the Country COVID-19 Has Hit the Hardest