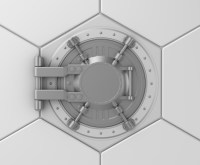 Source: thinkstock.com
The number of violent crimes across the United States is estimated to have dropped by 4.4% in 2013 from the year before, according to data recently released by the FBI. In all, the number of such crimes declined by nearly 15% in the last 10 years.

Putting this drop into context, John Roman, senior fellow at the Urban Institute, told 24/7 Wall St., “A 4.4% reduction in violent crime is astonishing. If you saw a similar increase in GDP, or a similar decrease in unemployment, it would be huge national news.”

Click here to see the safest cities in America

Even as the nation becomes increasingly safe, a number of large U.S. cities still stood out for their low crime rate. Across the country, 368 violent crimes were reported for every 100,000 people last year. Such crimes include murder, rape, aggravated assault, and robbery. In America’s 10 safest cities, there were fewer than 100 such crimes for every 100,000 people. Based on violent crime data published by the FBI’s 2013 Uniform Crime Report, these are America’s safest cities.

In many of the safest cities, murder counts were extremely low. Nationwide, the FBI recorded 14,196 murders in 2013, or 4.5 murders for every 100,000 people. By comparison, each of America’s 10 safest cities reported less than five murders overall last year. Naperville, Illinois and Frisco, Texas did not report a single murder in 2013.

According to the Urban Institute’s Roman, reducing crime “is about economic policy, it’s not about crime policy.” He added, “The idea is that if you make a city more economically vibrant, you attract people to that city who bring with them resources to try and make that city better. And those resources benefit all of the people who are already there.”

Education is another factor related to crime rates. More than 92% of adults 25 and older had completed at least a high school diploma in eight of the nation’s safest cities, well above the national rate of 86.6%.

However, higher incomes and an educated population alone may not explain all differences in local crime rates. Roman noted that, in some areas where crime is especially problematic, there are “structural disadvantages in that crime is such a cultural norm that it’s hard to fix.”

The FBI has attempted to discourage direct comparisons of crime rates between cities because local factors cause reporting to vary considerably between cities. Despite this characterization, Roman suggested that some comparison can be useful. “To me it’s analogous to saying we shouldn’t rank how well schools are doing. How are you ever supposed to help the lowest-performing schools if you don’t tell them they’re the lowest-performing school?”

To identify the safest cities in America, 24/7 Wall St. reviewed violent crime rates among the nation’s cities with populations of 100,000 or more from the FBI’s 2013 Uniform Crime Report. Property crime rates also came from the FBI’s report. The data were broken into eight types of crime. Violent crime was comprised of murder and nonnegligent manslaughter, rape, robbery, and aggravated assault; and property crime was comprised of burglary, arson, larceny, and motor vehicle theft. In addition to crime data, we also reviewed median household income, poverty rates, and educational attainment rates from the 2013 Census Bureau’s American Community Survey.

These are the safest cities in America.