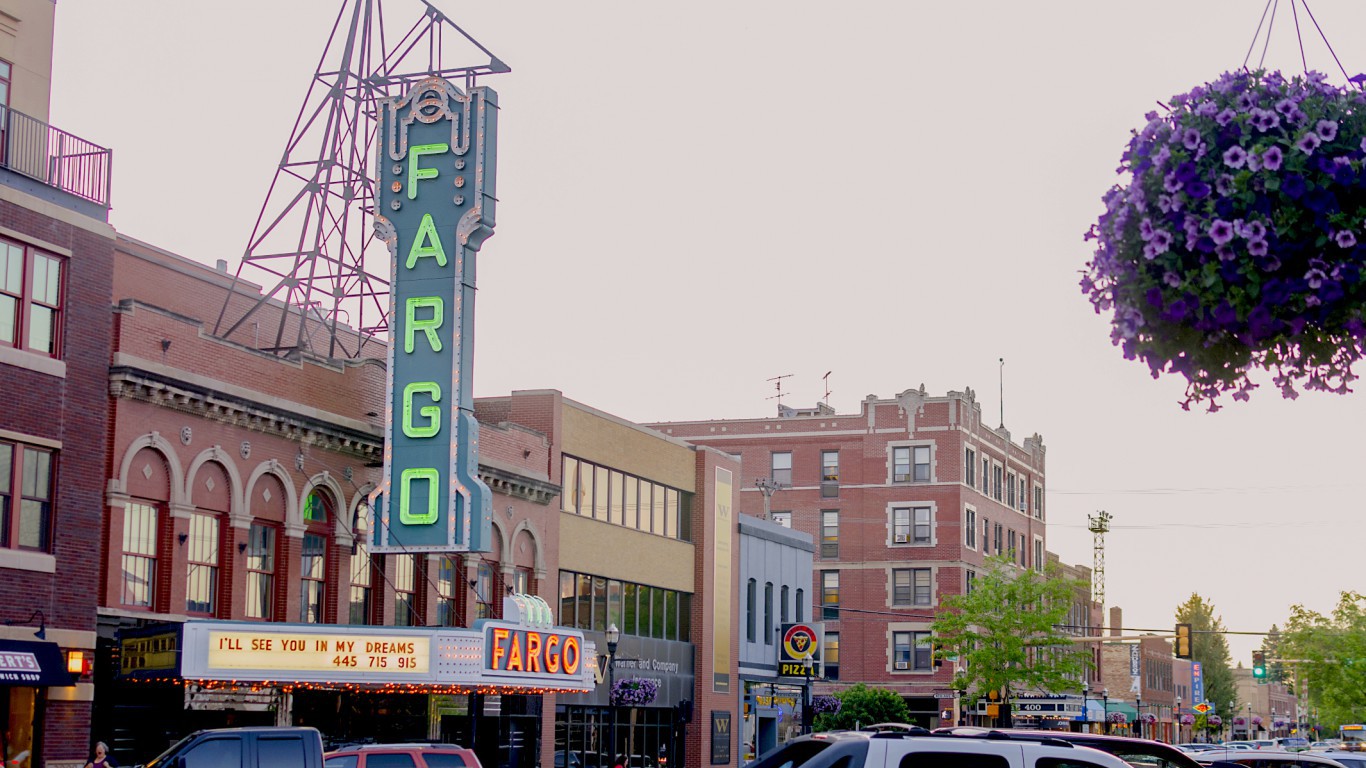 According to Gallup, a relatively large share of people in North Dakota have a strong sense of purpose. Contributing to this may be the fact that most people who want jobs in the state can get them. The state’s unemployment rate of just 2.7% is the lowest of any state and roughly half the national rate.

North Dakota also reported positive results on the well-being element related to community, which includes having communal pride and feeling safe. The state’s violent crime rate of just 239.4 incidents per 100,000 residents is the 10th lowest in the country. 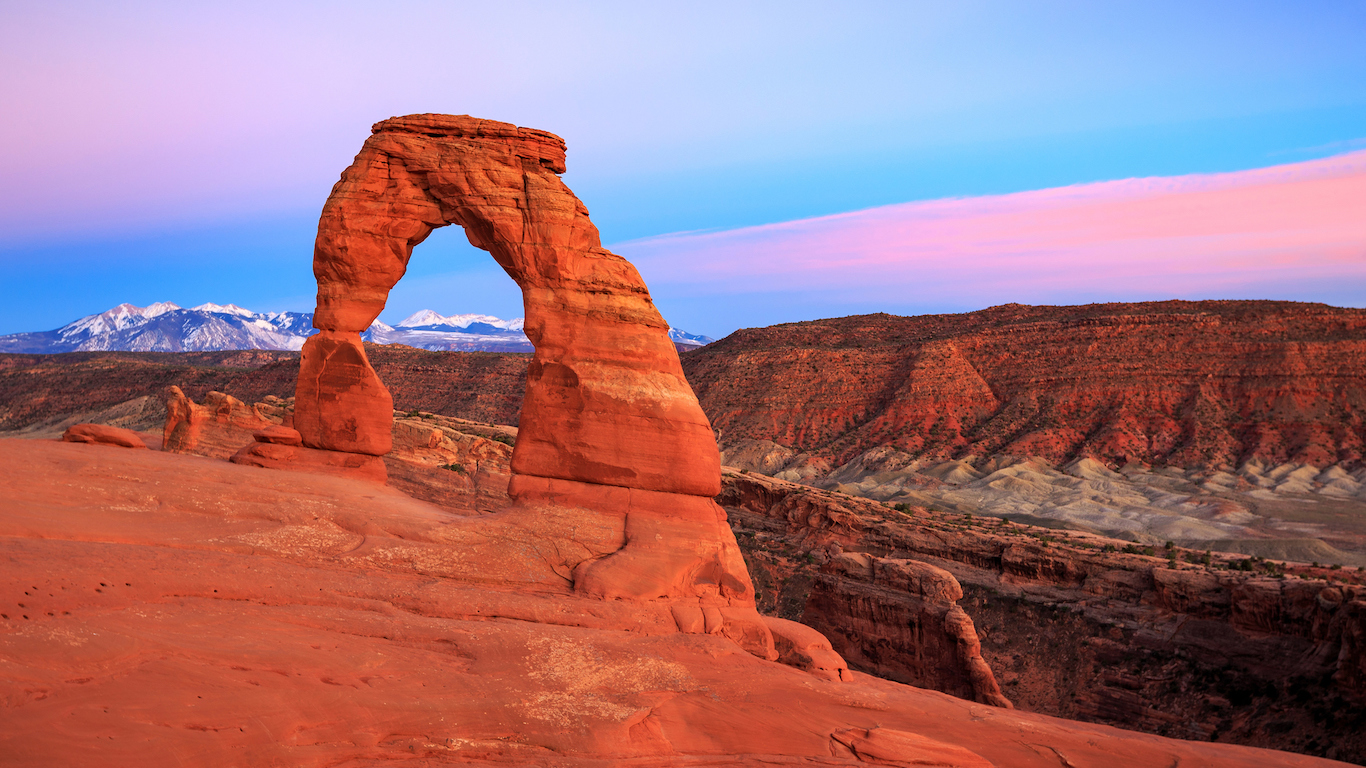 By many measures of both behavior and outcomes, Utah residents are among the healthiest in the country. The state has a sizeable Mormon population, a religion that discourages consumption of alcohol and tobacco. Largely a result, only 9.1% of adults in the state are smokers and 12.4% are excessive drinkers, the smallest and third smallest shares of any state in the country. Adults in Utah also tend to be physically active. Only one in five adults in the state lead sedentary lives, compared to one in four adults nationwide.

Healthy behaviors contribute to healthy outcomes and better overall well-being. Utah has the lowest incidence of both heart disease and high blood pressure of any state in the country. 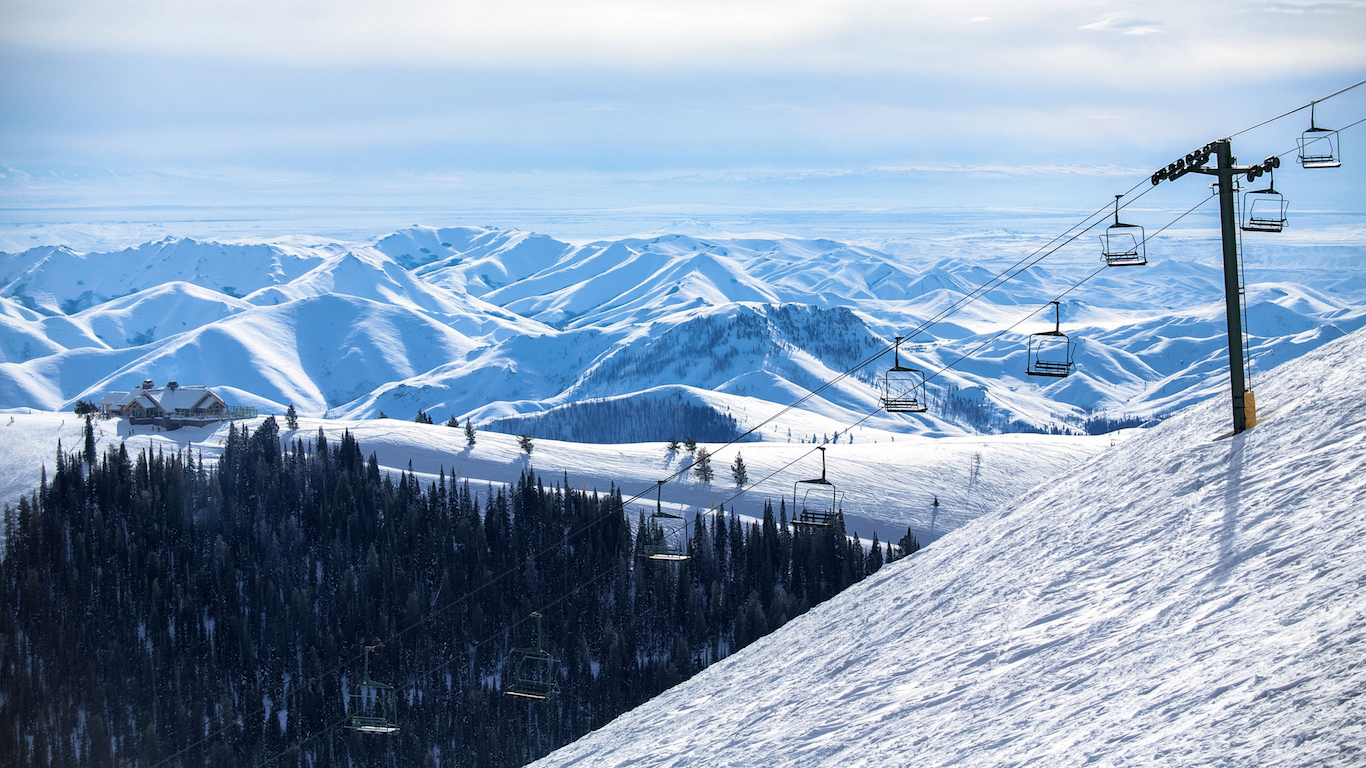 Idaho compares better than a majority of states in overall well-being, even though state residents report mixed results in the various quality of life measures. For example, the typical state household earns about $6,200 less than the national median household income, and the state’s poverty rate of 15.1% is slightly above the national rate of 14.7%.

While the state does not do well by some measures of financial security, Gallup found that state residents had a strong sense of well-being related to community, which includes liking where one lives and feeling safe. Idaho has the fifth lowest violent crime rate in the country. 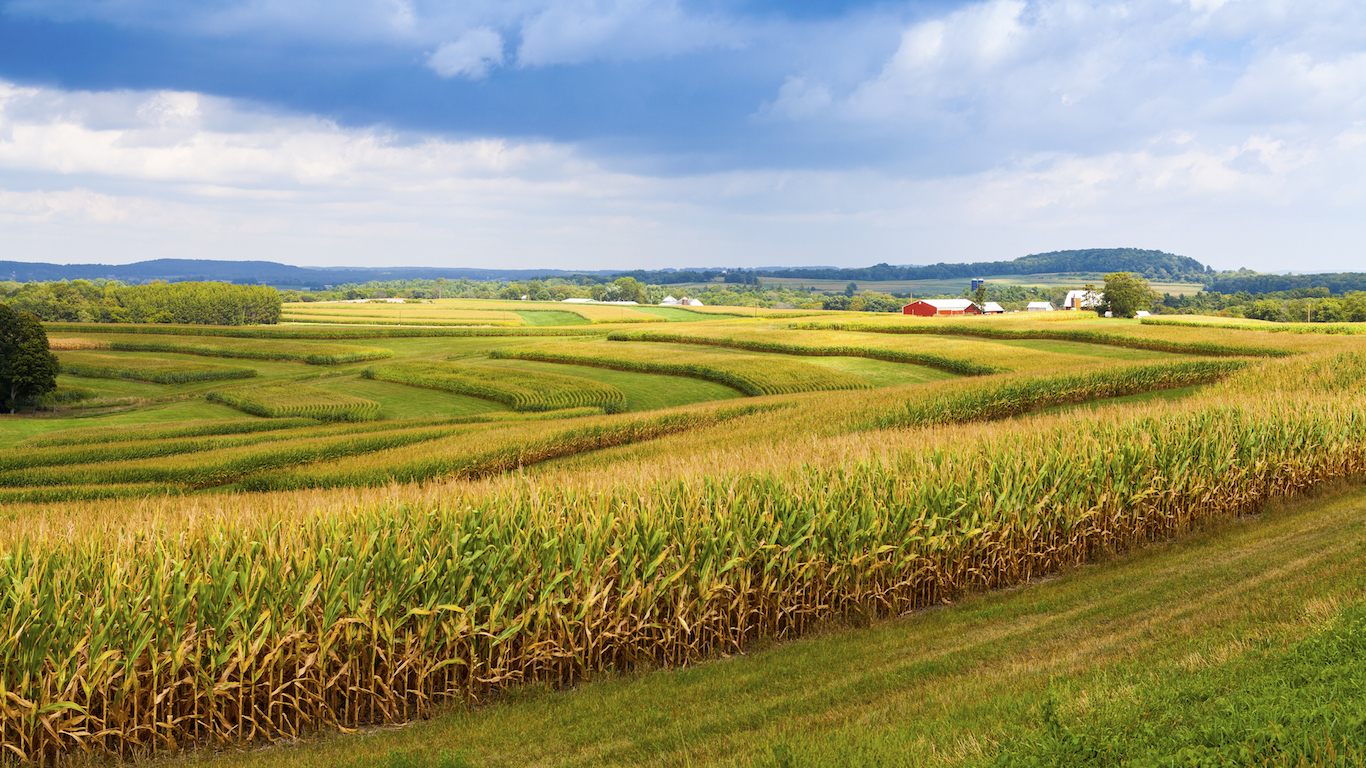 Iowa residents are more likely to report having strong social support networks. Married couples in Iowa are among the least likely to divorce. There are only 1.2 divorces for every 1,000 state residents annually, well below the 3.1 per 1,000 national divorce rate. Iowa is also one of only 10 states where over half of all households consist of married couples.

Living in poverty can significantly impede an individual’s well-being, and in Iowa, only 12.2% of residents live in poverty, a slightly smaller share than the 14.7% national poverty rate. In addition to a low poverty rate, many benefit from the state’s low cost of living. Goods and services in Iowa are about 10% less expensive than they are on average nationwide.

Safety is another important aspect of community well-being, and New Hampshire has one of the lowest violent crime rates in the country. There are roughly 200 violent crimes reported per 100,000 residents in the state annually, far less than the 380 incidents per 100,000 Americans reported nationwide.