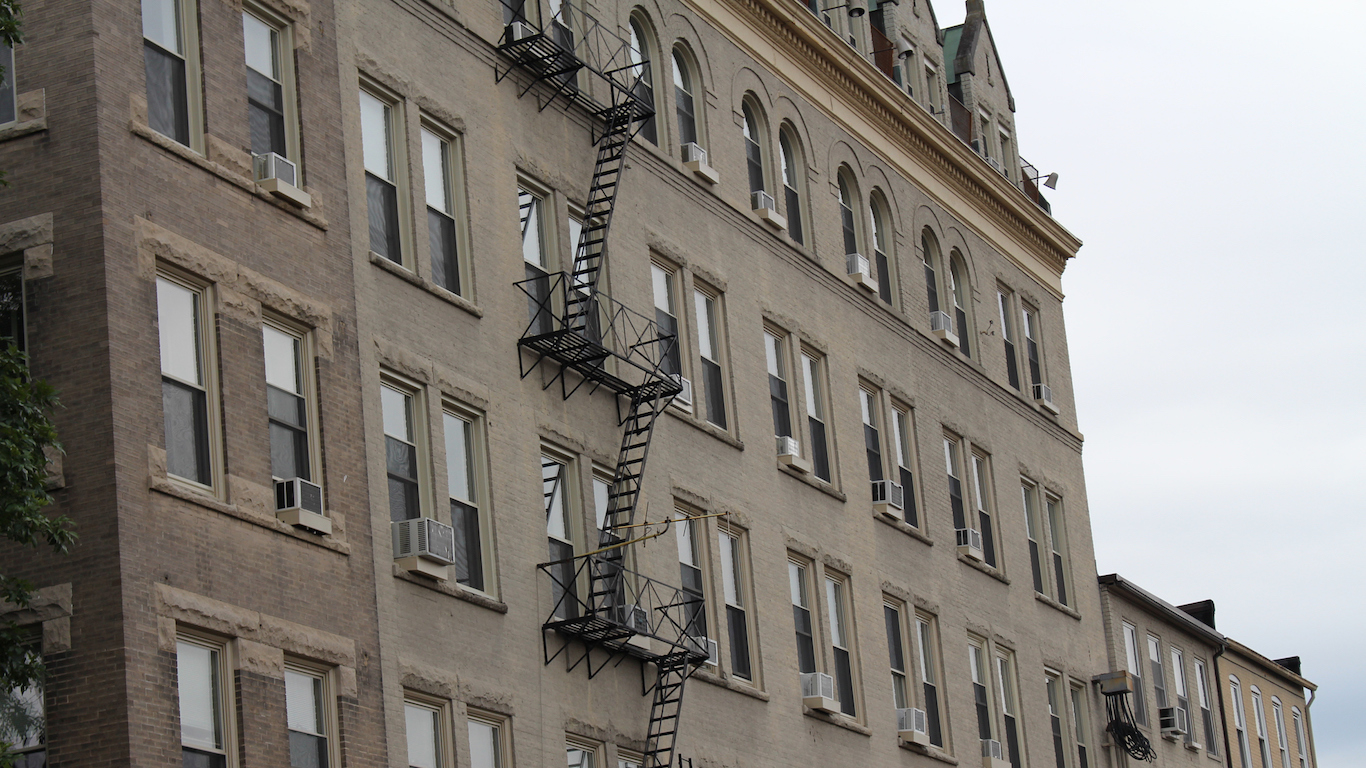 Despite the increase, the violent and property crime rates in Harrisonburg remain far lower than the national rates of 386 violent incidents and 2,451 property crimes per 100,000 Americans, and among the lowest in the country. 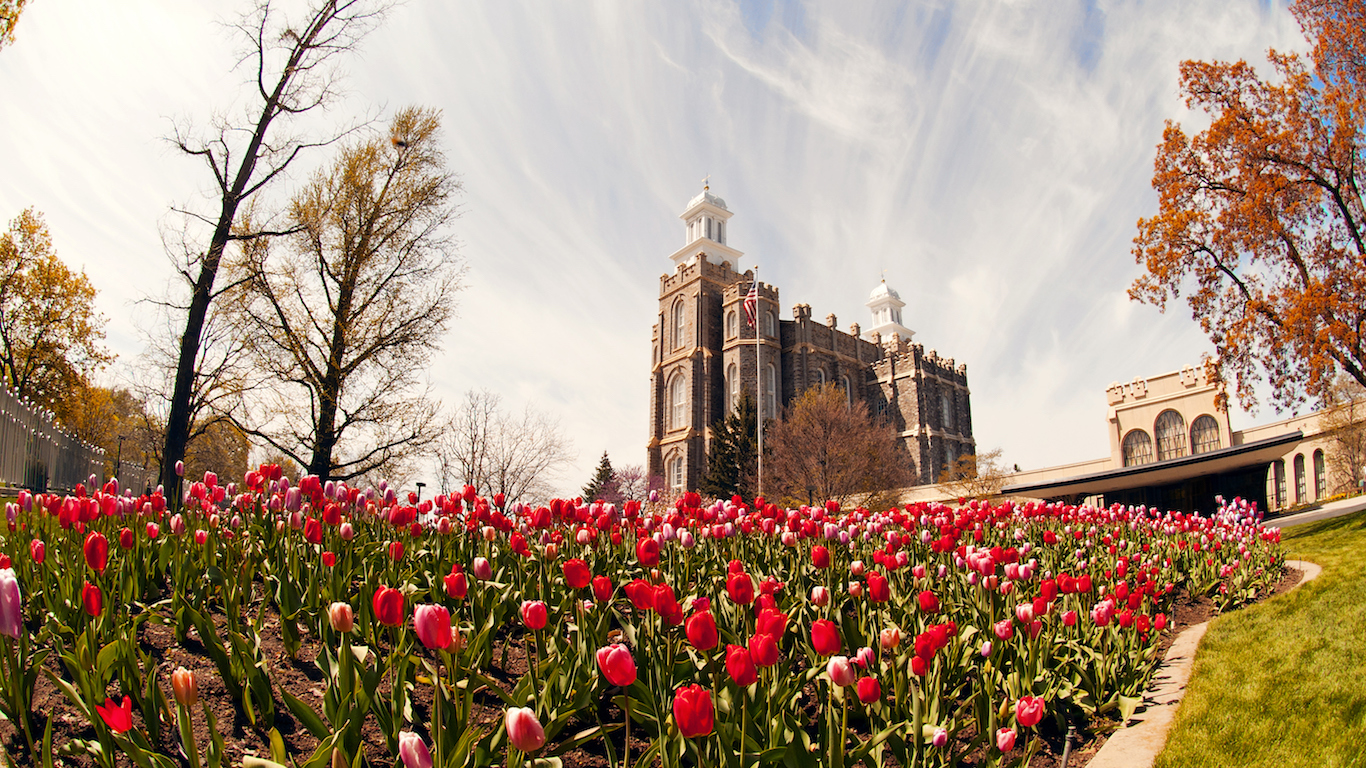 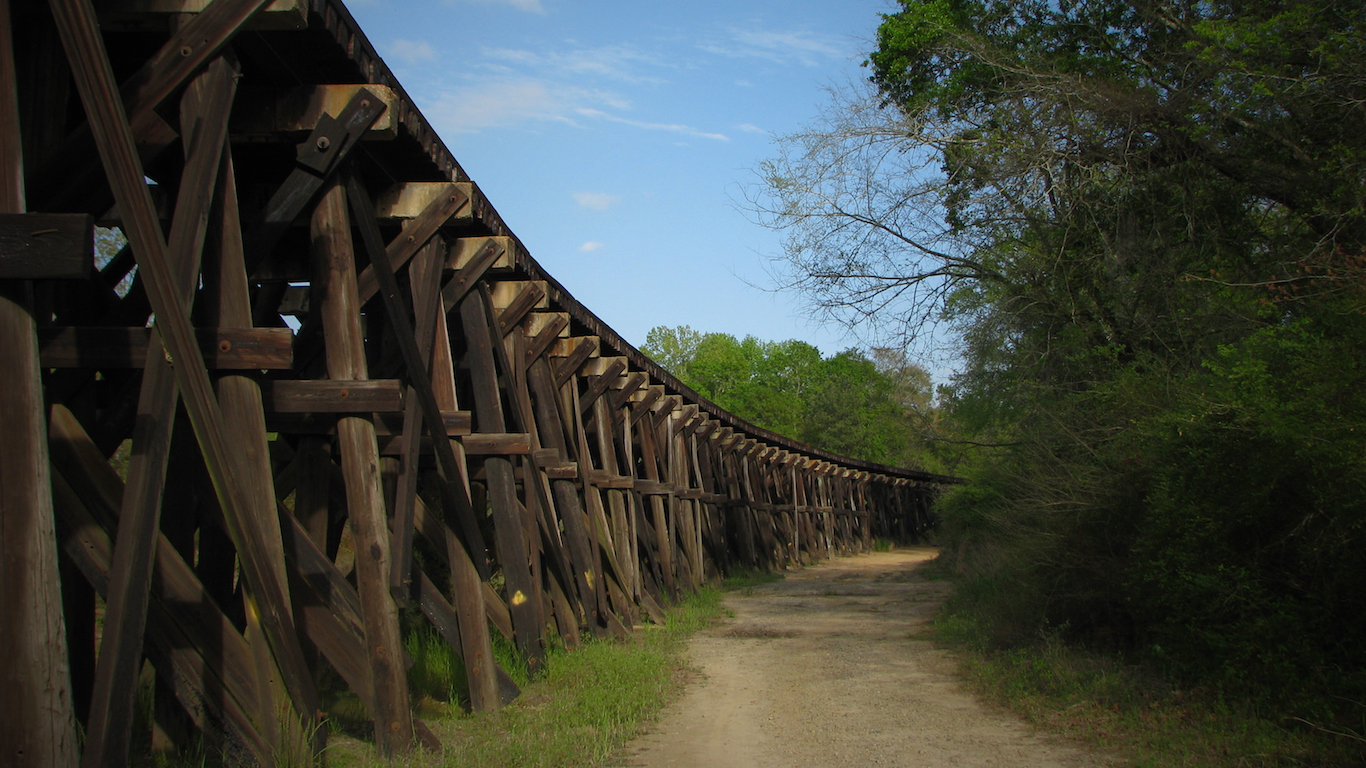 Crime rates are often higher in economically depressed areas, and in the Albany metro area, 1 in every 4 residents live in poverty, a far greater share than the 14.0% U.S. poverty rate.

After climbing by a near nation-leading 41.3% in the last five years, the violent crime rate in Anchorage, Alaska, is the second highest of any metro area tracked by the FBI. There were 1,115 violent crimes in the metro area for every 100,000 residents in 2016, nearly three times the violent crime across the U.S. as a whole.

Disengaged members of society are more likely to commit serious crimes than actively engaged citizens, and the relatively high unemployment rate in Anchorage may be indicative of too few jobs to support the population. As of December, 6.7% of the metro area’s workforce were out of a job, one of the highest unemployment rates of any U.S. metro area and well above the comparable 4.1% U.S. rate.

Springfield, Missouri, is one of only a dozen metro areas to report a more than a 40% spike in the violent crime rate in the last five years. Violent crime in the city increased from 426 reported incidents per 100,000 residents in 2011 to 604 per 100,000 in 2016, climbing steadily almost every year.