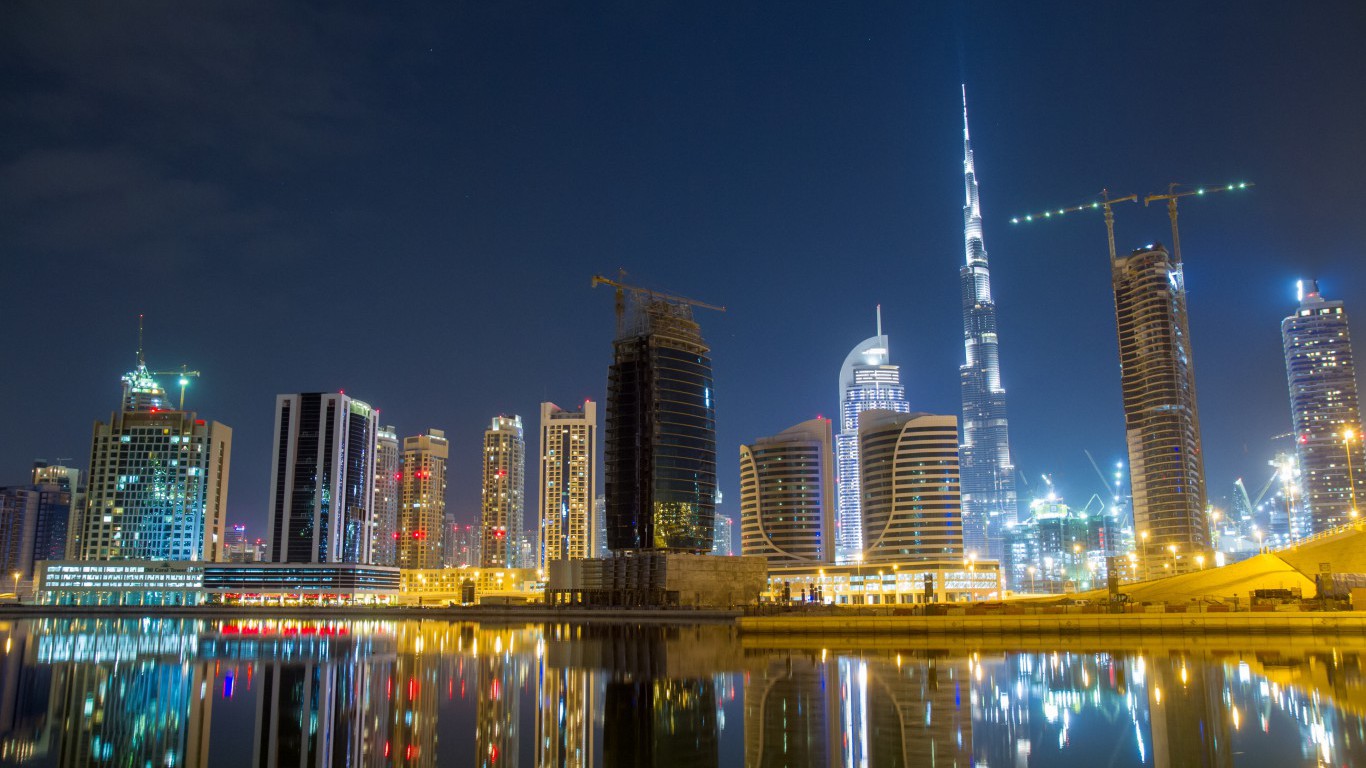 Along with Israel, the United Arab Emirates is the only country in the Middle East or North Africa to rank among the happiest in the world. One of the world’s largest oil exporters, the UAE is also one of the world’s wealthiest countries. The UAE’s GDP per capita of $66,760 is about $13,284 greater than that of the United States.

In addition to financial prosperity, the freedom to pursue a life of one’s choosing can have considerable bearing on personal happiness. Though the country is politically authoritarian, it is one of the most culturally liberal countries in the region, and nearly 94% of the population report being satisfied with their freedom to make life choices. 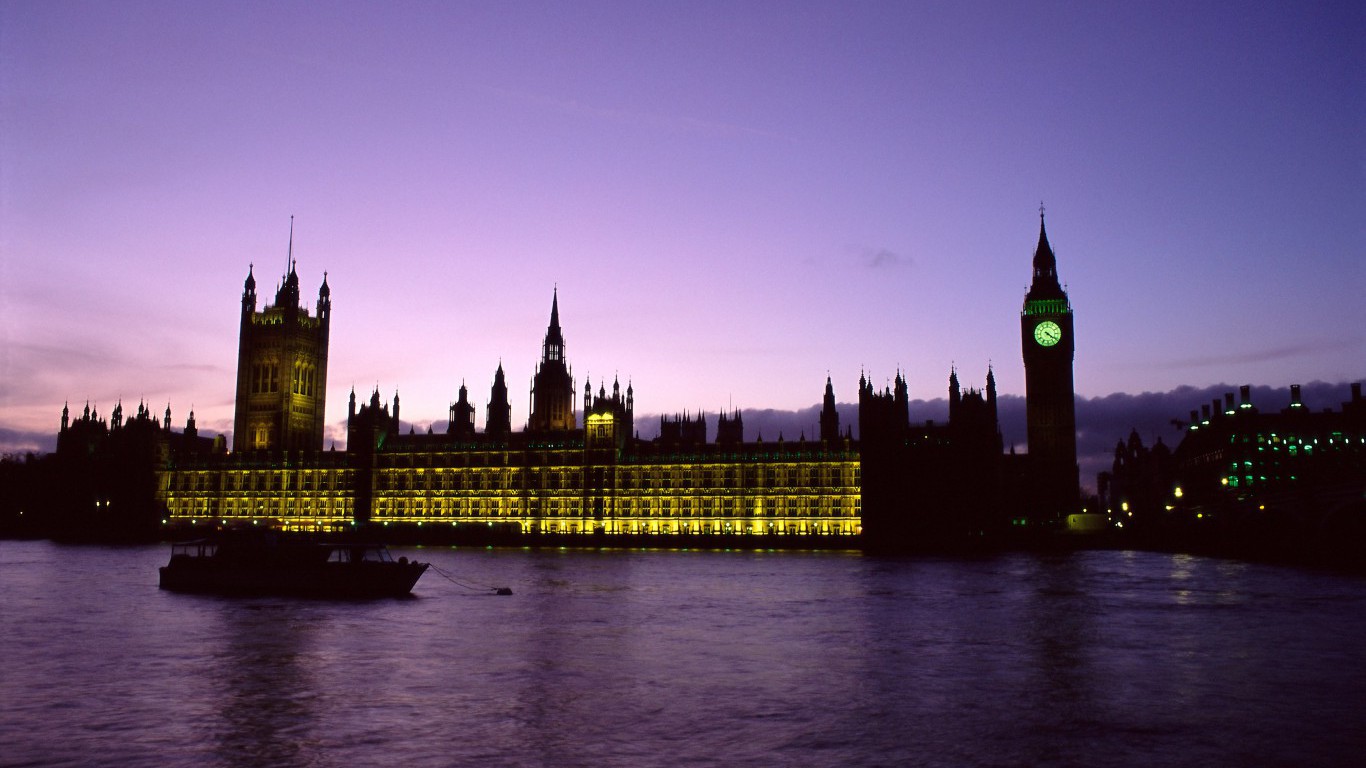 Personal happiness can often be conditional on healthy interpersonal relationships. In the United Kingdom, one the happiest countries in the world, more than 94% of residents have a close friend or family member that they can count on any time, nearly the largest share of any country.

Happiness is closely linked to good health, and the U.K. is one of the healthiest countries in the world. From birth, U.K. residents can expect an average of 71.8 healthy years of life, about two years longer than the comparable estimate in the United States. 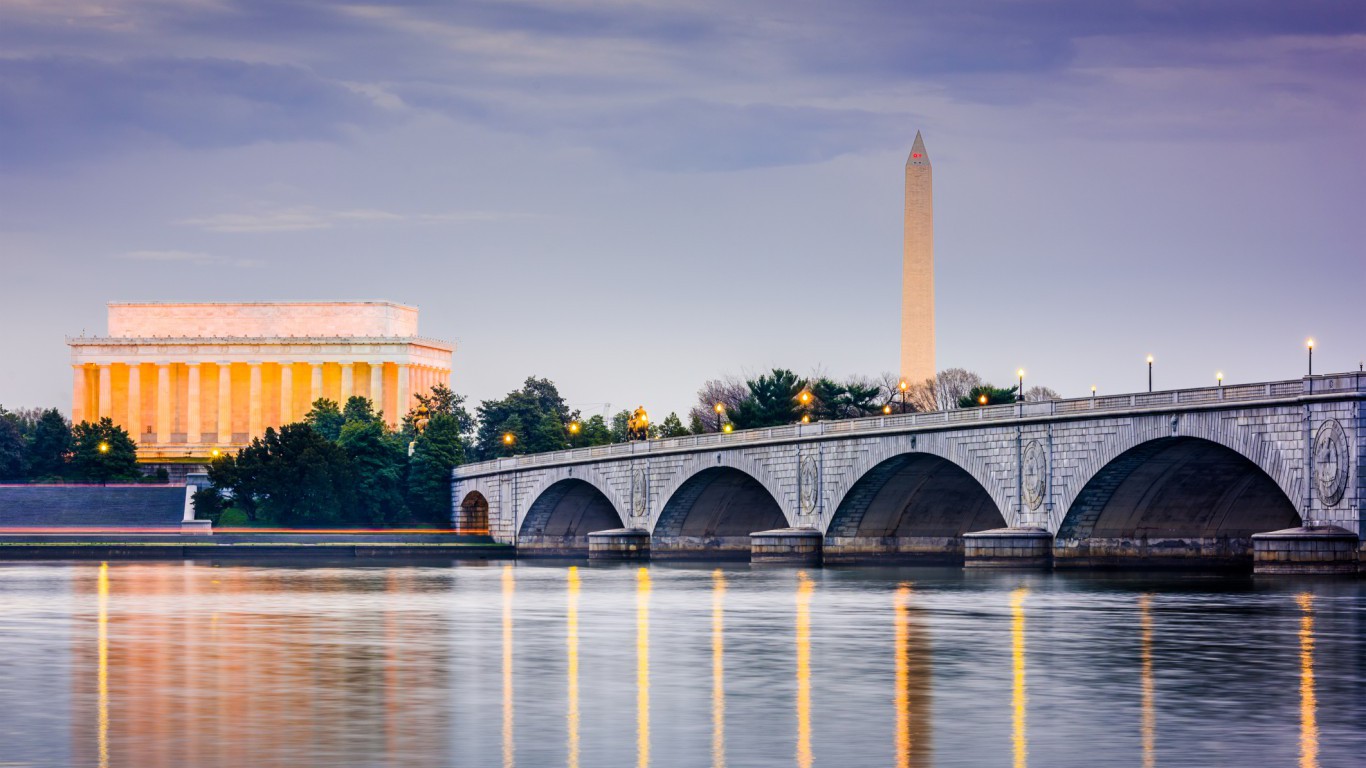 The United States ranks as the 18th happiest country in the world, behind 12 countries in Western Europe, as well as Australia, Canada, Costa Rica, Israel, and New Zealand. Contributing to overall happiness is the country’s GDP per capita of $53,476 — higher than in all but eight other countries. Generosity can also contribute considerably to personal happiness, and Americans are more likely to donate to charitable causes than residents of all but 13 other countries.

Americans’ happiness would likely improve with greater trust in institutions. Seven in in every 10 Americans perceive widespread corruption in government and business, a larger share than in most countries on this list. Additionally, immigrants living in the United States tend to report lower life satisfaction than residents born in the country. 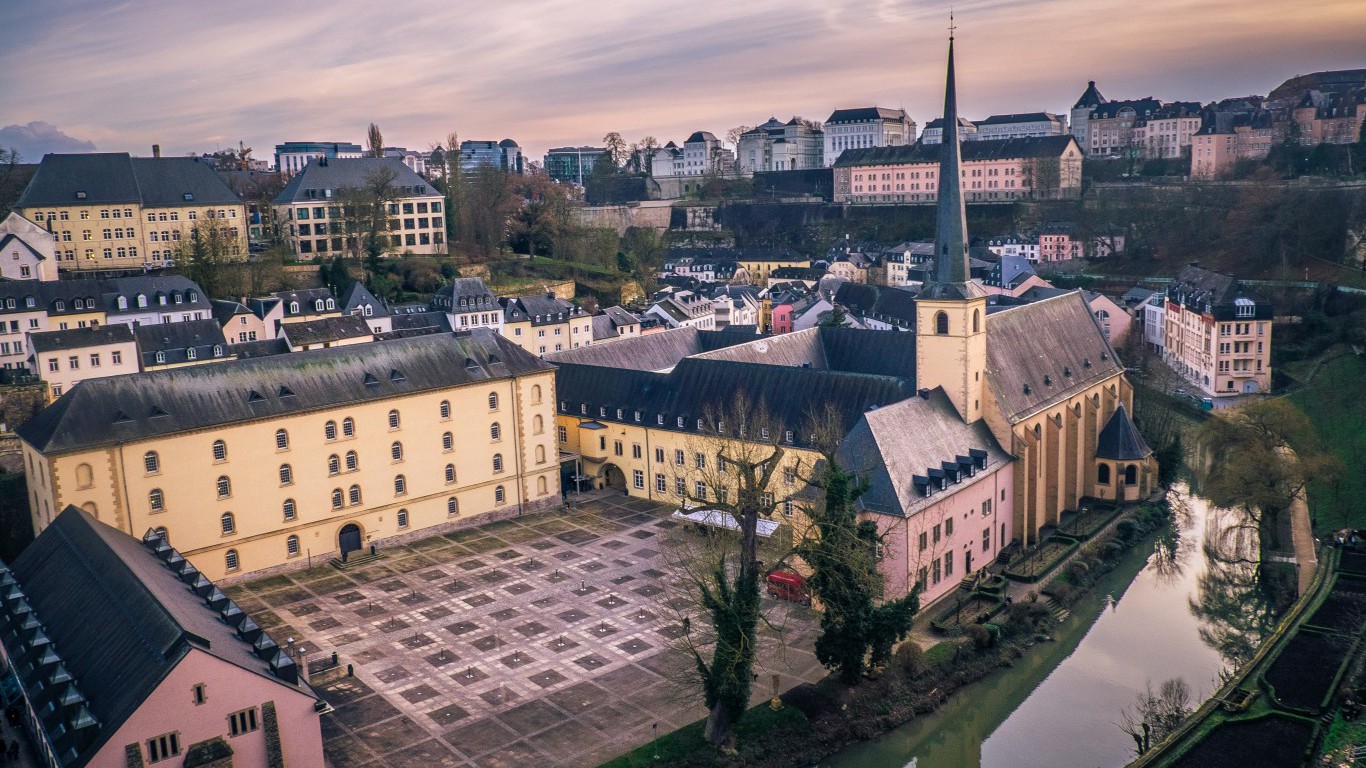 Residents of wealthier countries are more likely to report high levels of personal well-being. Luxembourg, with the second highest-in-the-world GDP per capita of $94,730, is no exception. The small, landlocked nation ranks as the 17th happiest country in the world and the 12th happiest in Western Europe. People in Luxembourg are also relatively healthy. At birth, a person in Luxembourg can expect to live an average of 72.2 years in good health, about 2.4 years longer than in the United States.

Low incidence of corruption in business and government also likely plays a role in life satisfaction in Luxembourg. Just 35.4% of residents perceive widespread corruption in the country’s institutions, one of the lowest shares in the world. 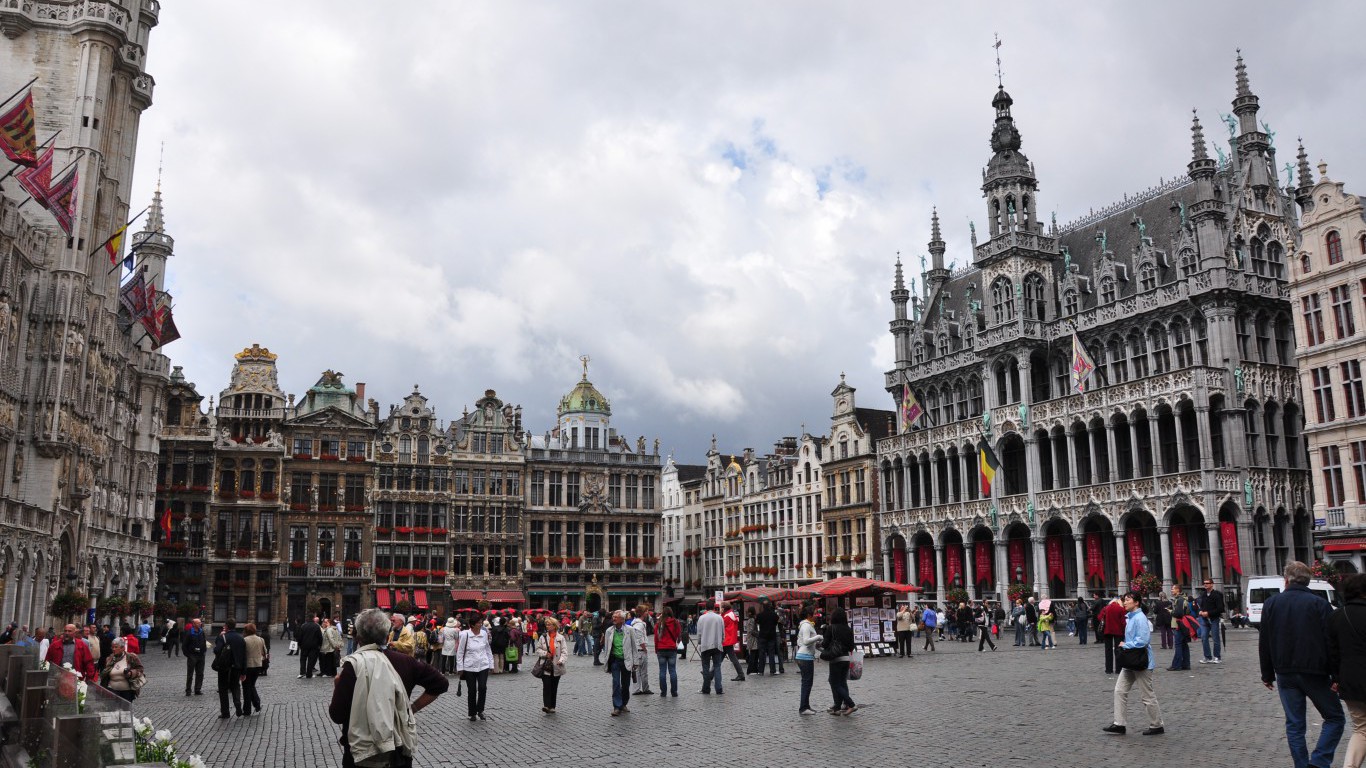 Health and happiness often go hand in hand, and Belgium is one of the healthiest countries in the world. Healthy life expectancy at birth in the Western European nation is 72.1 years, higher than in all but 13 other countries and nearly two and half years longer than in the United States.

Immigrants living in Belgium are far less likely to report high levels of well being than residents born in the country. The lower reported happiness among migrant communities may be partly attributable to growing anti-immigrant sentiment. Starting in 2016, non-EU migrants to the country were forced to sign a pledge acknowledging their acceptance of European values. Earlier this year, the Belgian government’s attempt to arrest migrants and refugees living in Brussels was met with massive protests.