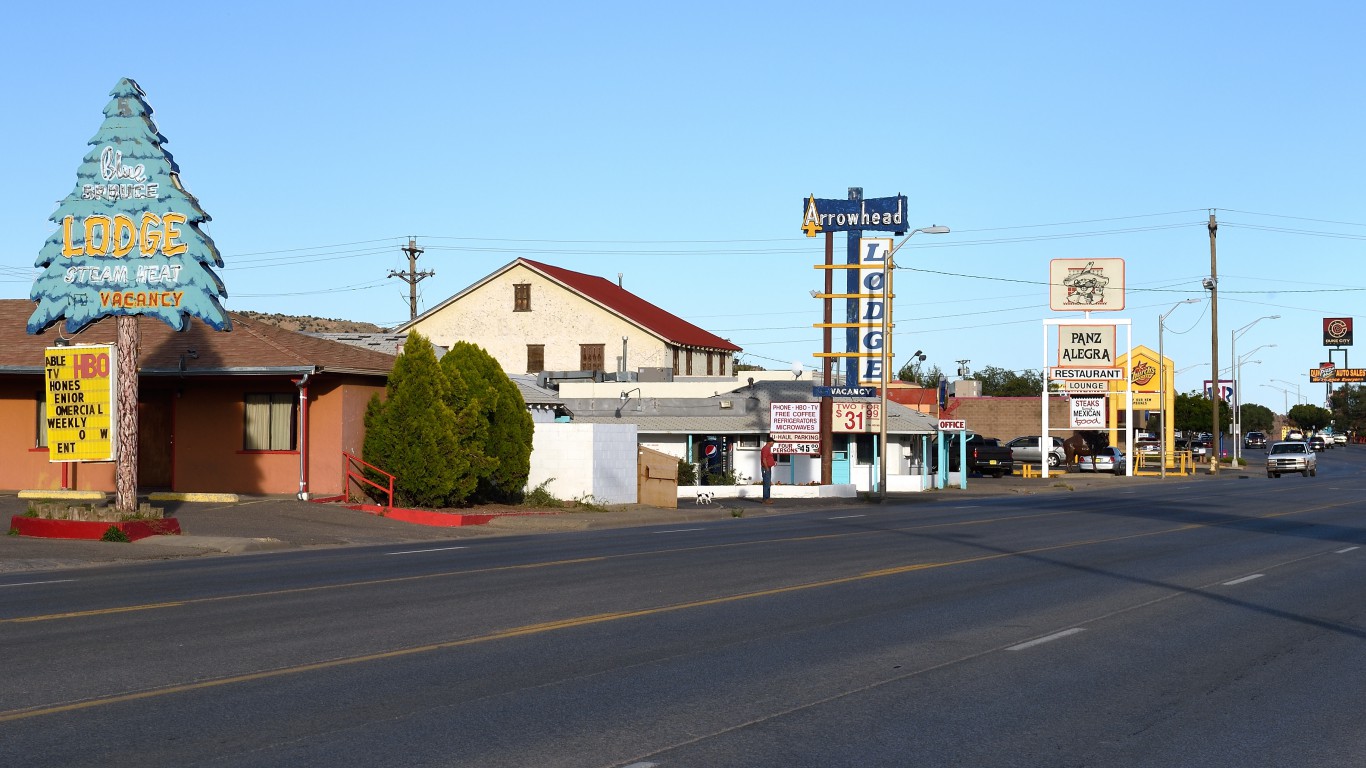 High crime areas are also often poor districts, and Gallup represents no exception. A 29.1% share of the city’s population lives below the poverty line, the largest percentage found in any city in New Mexico. This is nearly double the country’s 15.1% rate. 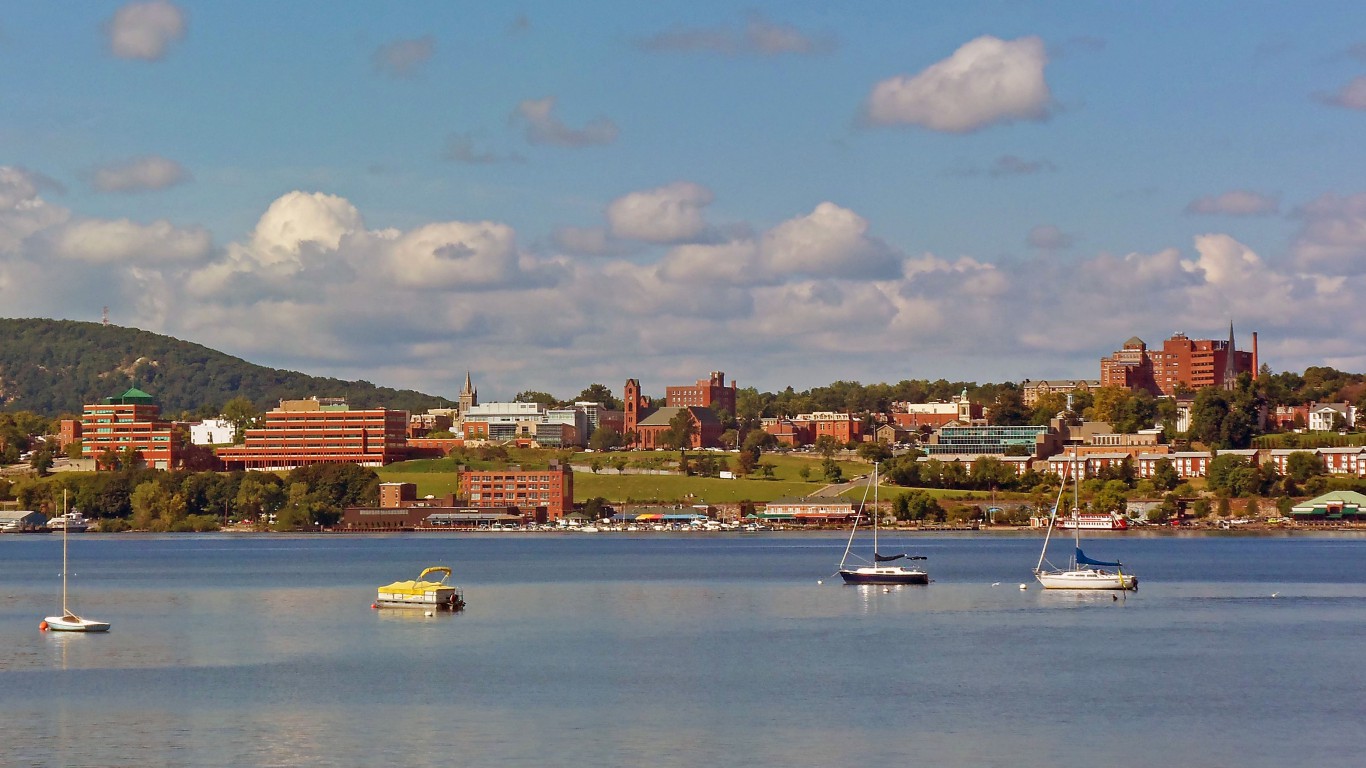 Newburgh, New York, is the most violent place in the Empire State. Its violent crime rate in 2016 was close to four times that of the nation. The small city is situated 50 miles north of New York City along the Hudson River but close to the intersection of Interstates 84 and 90. Criminologist John Roman told 24/7 Wall St. in an interview that Newburgh’s high crime rate can likely be attributed to its location by a major transportation node. Criminal organizations, Roman explained, may find such a place an appealing spot to engage in illegal activities because they can efficiently ship illicit goods in all directions. 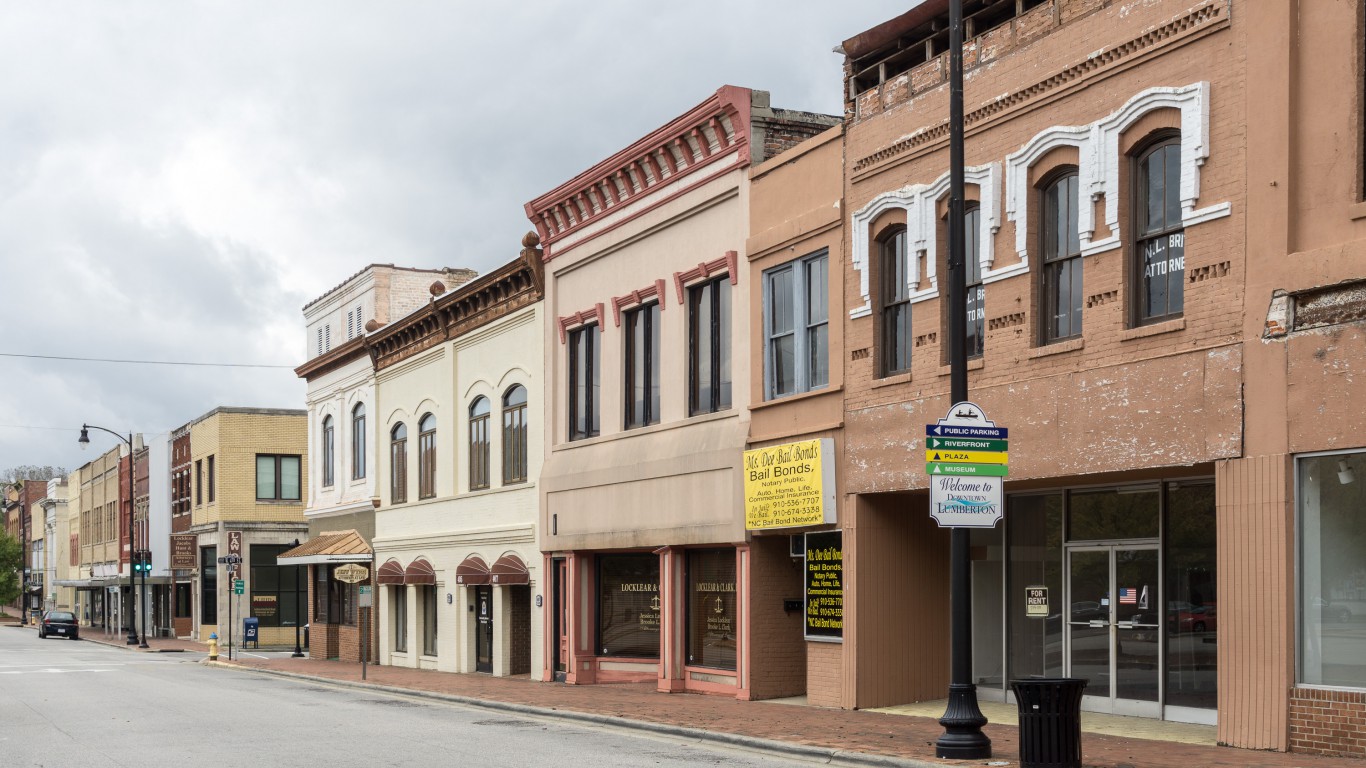 Of the 32 cities in North Carolina that figure into the the FBI’s crime statistics, Lumberton is the fourth smallest, with slightly fewer than 22,000 residents. Nonetheless, the city’s law enforcement personnel tallied for 2016 nine murders there, more than in all but six other North Carolina cities, including some five times the population of Lumberton. The city’s violent crime rate of 1,812 incidents per 100,000 residents is the highest of any North Carolina city and nearly five times the state’s rate.

Like most cities on this list, Lumberton is home to a relatively poor population. More than 1 in 3 Lumberton residents live in poverty; this represents the highest rate for any municipality in North Carolina and it is more than double the nation’s 15.1% rate. 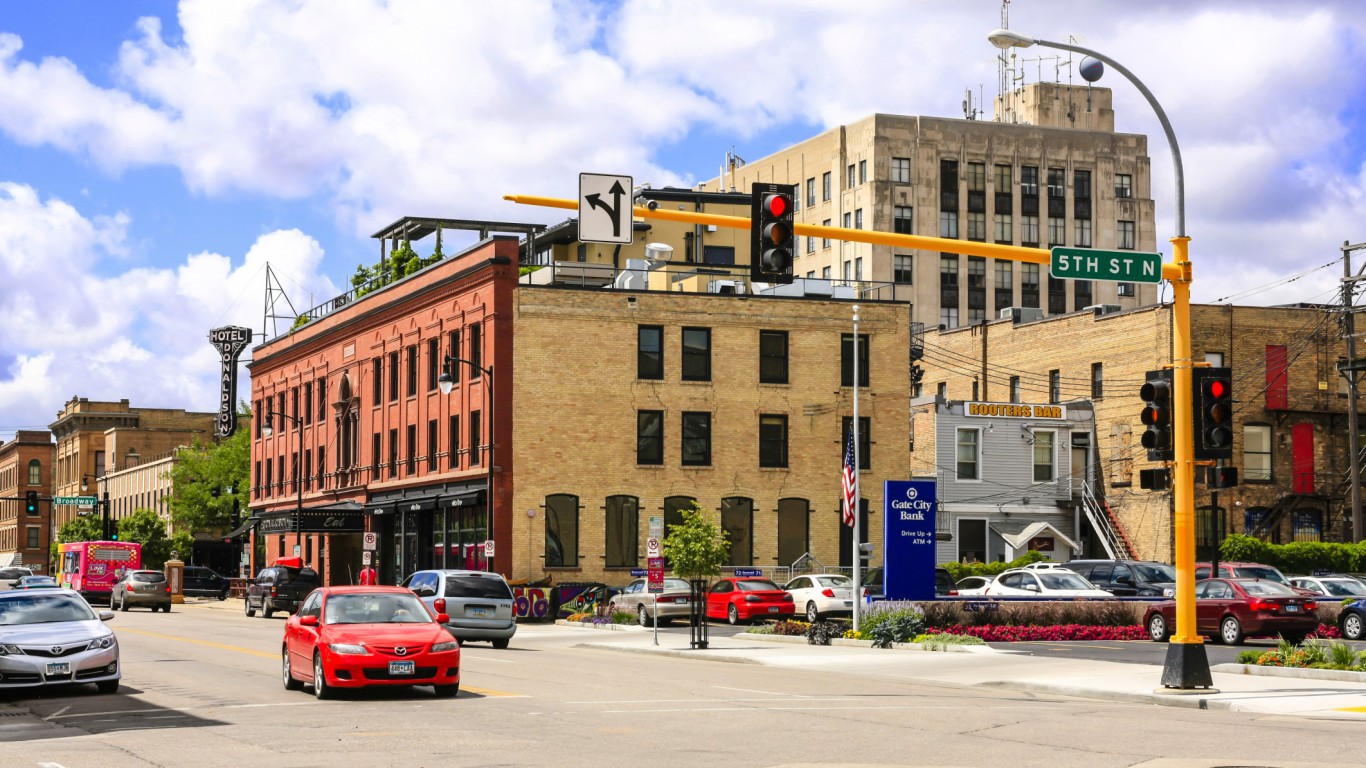 The town of Fargo, North Dakota, is famed for the fictional crimes committed there in the 1996 Coen brothers film bearing the same name. Regardless of the events of the film, however, murder is not a major issue for this city of 121,000 people. Fargo had a total of just three murder and nonnegligent manslaughter cases in 2016. In real life the city’s 2016 violent crime rate of 385 incidents per 100,000 residents was in line with the nation’s rate. Fargo makes our list only because North Dakota’s other cities have even lower crime rates.

The most dangerous city in Ohio, Cleveland had a violent crime rate of 1,631 incidents per 100,000 residents, more than five times the comparable statewide rate. In the vast majority of U.S. cities, aggravated assault accounts for the largest share of violent crime. In a break from the broader trend, robbery, rather than aggravated assault, is the most common violent crime in Cleveland. The city had 772 robberies for every 100,000 people in 2016, the highest robbery rate in the state and second highest in the country.

High violent crime rates are more common in areas bereft of economic opportunity, and for many in Cleveland, opportunity is scarce. The city’s 7.4% annual unemployment rate and 36.0% poverty rank among the worst in the country.