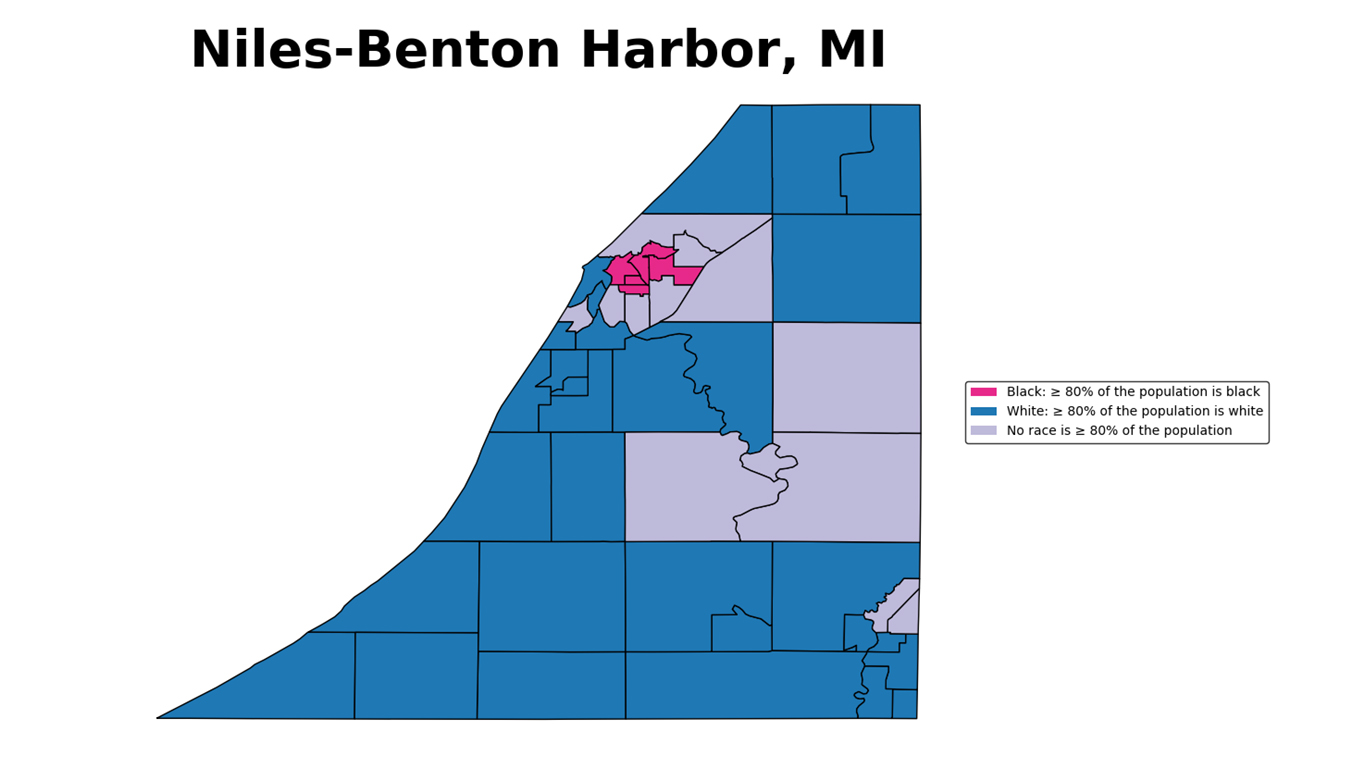 Some 47.2% of black residents in the Niles-Benton Harbor metro area live in predominantly black neighborhoods. Niles-Benton Harbor is one of three metro areas on this list in Michigan, which has one of the most segregated public school systems in the country. According to a 2017 report from the Associated Press, 40% of black students in Michigan are in public schools where the student body is more than 90% black, the largest share of any state other than Mississippi. 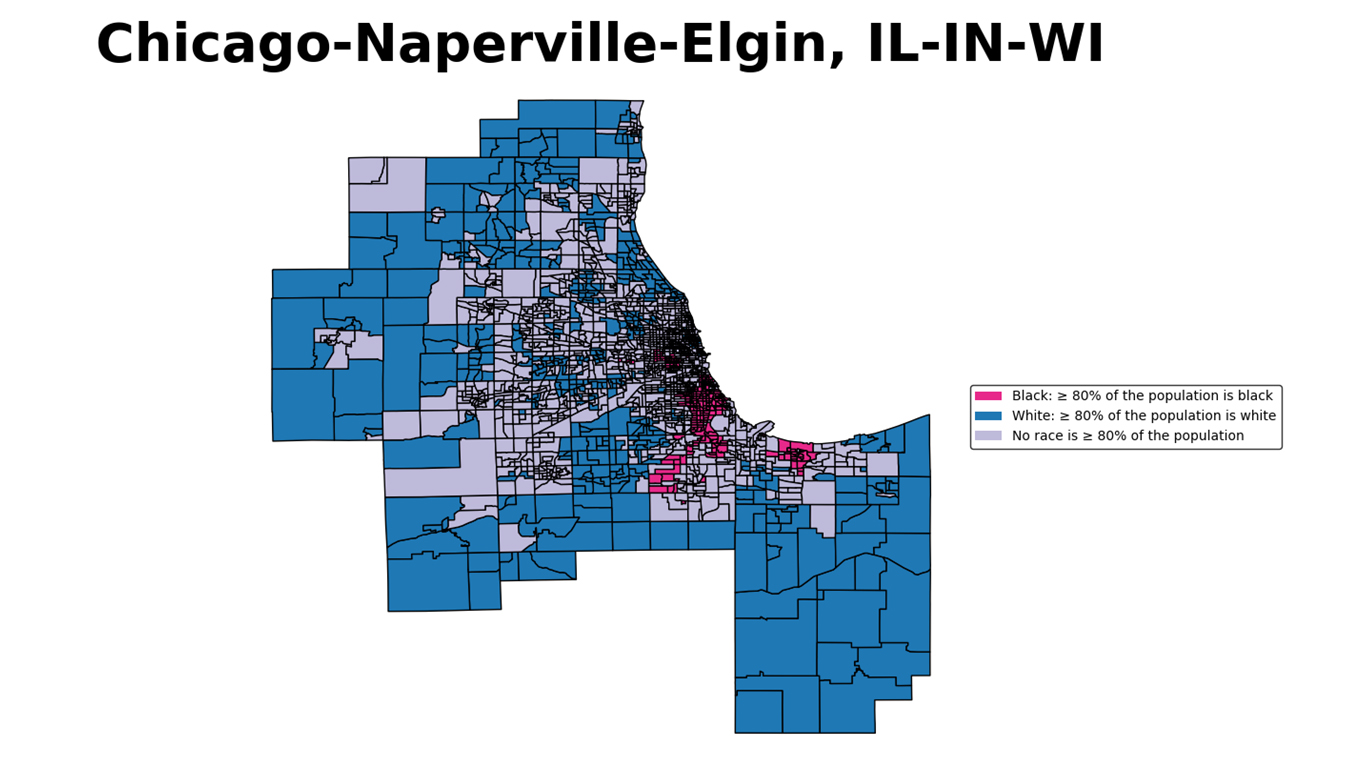 Like in many Midwestern cities, government officials and property owners in Chicago used discriminatory zoning practices and racially restrictive housing covenants to exclude black residents from certain neighborhoods in the early 20th century. Property in as much as 80% of the city was bound by restrictive covenants by 1927, with African Americans mostly limited to an area known as the “Black Belt” in South Side Chicago. 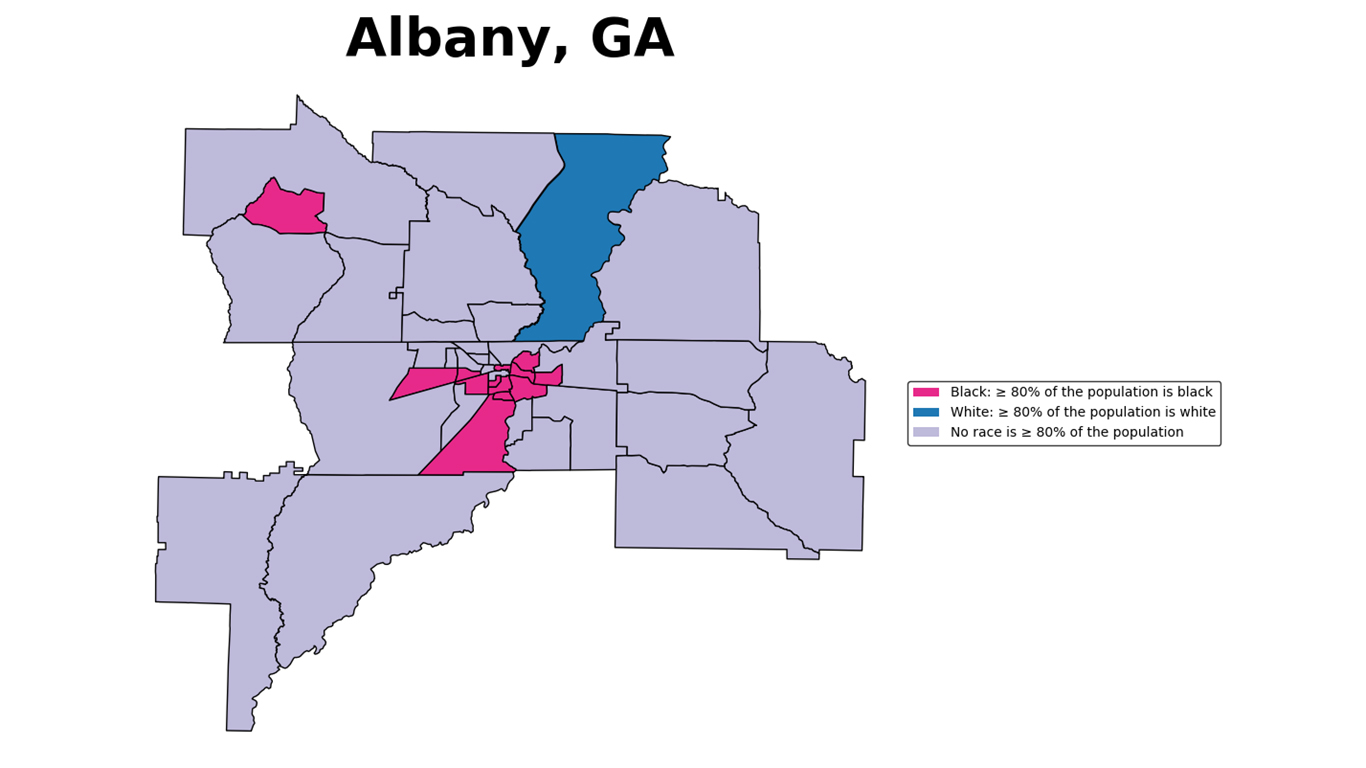 Albany is one of four Georgia metro areas to rank among the most segregated cities. An estimated 51.1% of black residents live in predominantly black neighborhoods, the third largest share of any metro area nationwide and more than three times the 16.8% national rate. 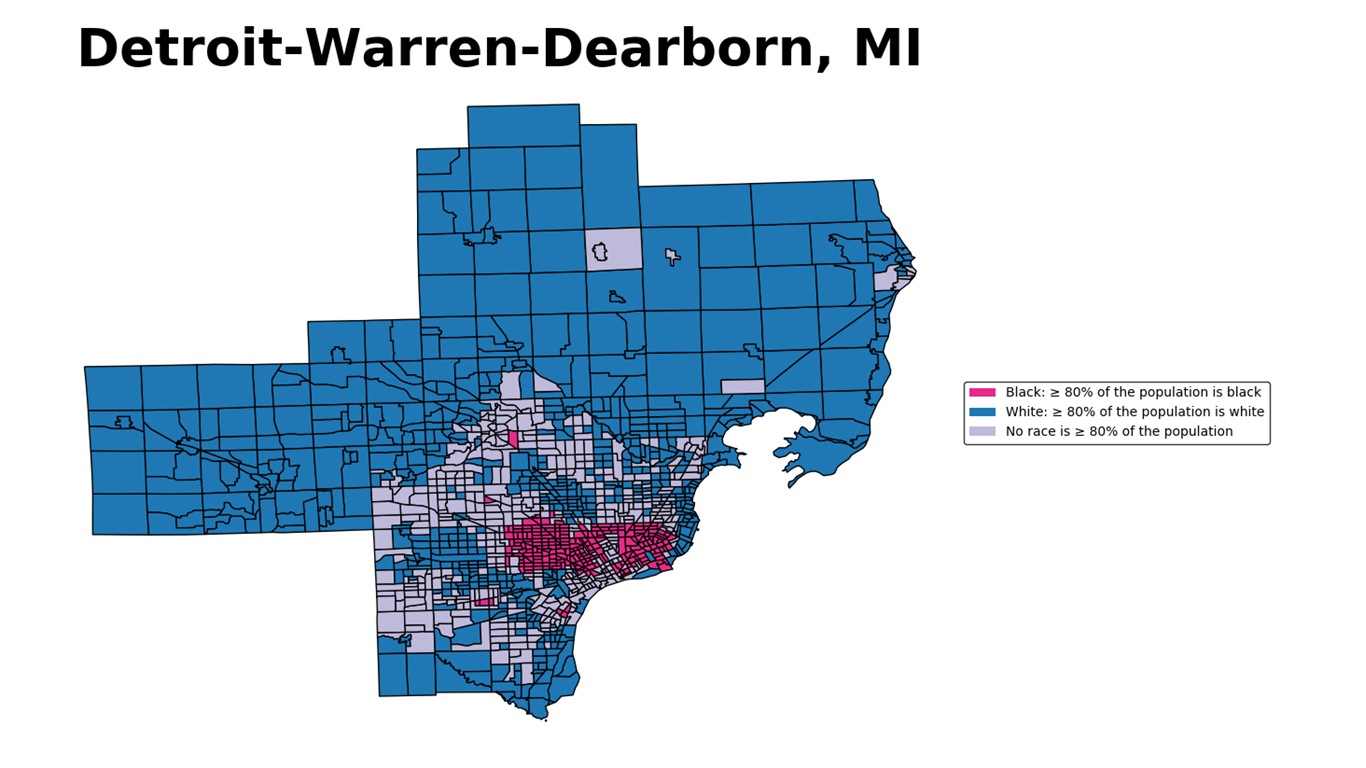 Like in many Rust Belt cities, segregation in Detroit was exacerbated after the Great Migration of the mid-20th century, as Detroit residents fought to keep new black residents seeking auto factory jobs out of their neighborhoods. As Detroit deindustrialized after WWII, large waves of wealthy white families left the city center for the suburbs, draining the city’s tax base and depriving its poorer residents of necessary public services and infrastructure. Racial tensions in Detroit culminated in major race riots in 1943 and 1967 that resulted in dozens of deaths, hundreds of injuries, and more than 1,000 buildings burned.

Today, 52.4% of black residents in the Detroit metro area live in neighborhoods that are predominantly black — more than three times the 16.8% national black segregation rate. 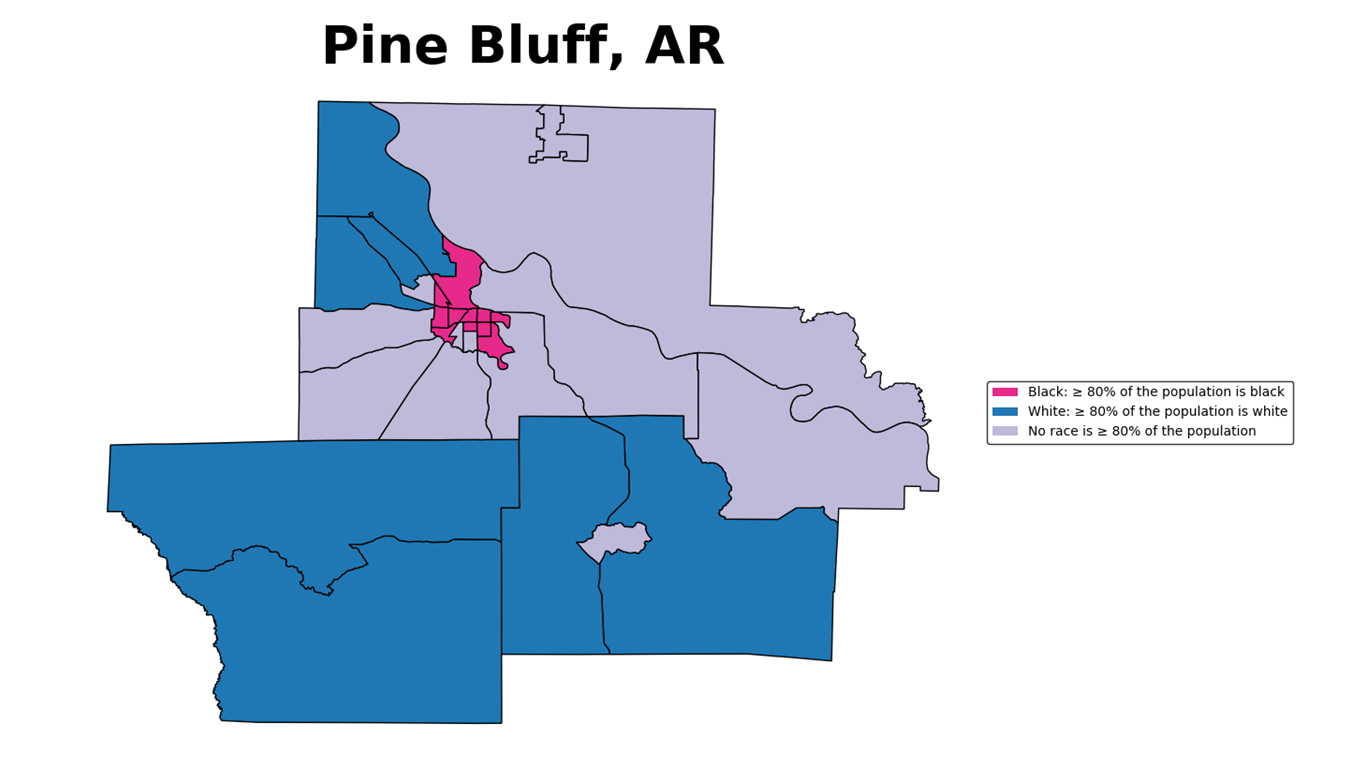 The site of the Pine Bluff student sit-in movement of 1963, today Pine Bluff is the most segregated metro area in the country. An estimated 53.9% of the black population of Pine Bluff lives in predominantly black neighborhoods, more than three times the 16.8% national figure.