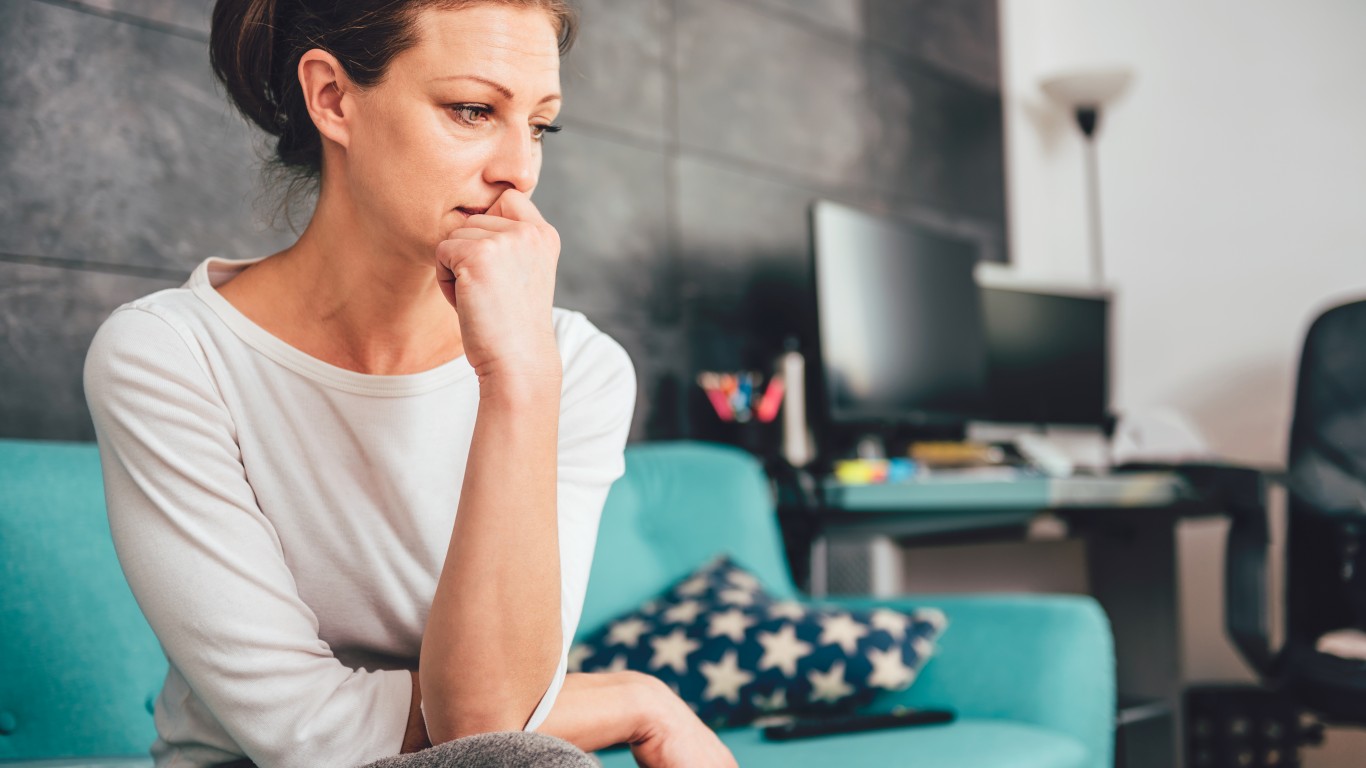 Overall well-being in the United States is in decline, according to a study of 2.5 million people by Gallup and Sharecare, a healthcare information service. They are less happy and more anxious compared to 2009, even though the economy these days is in a healthy, or certainly healthier, state than a decade ago. The biggest drop in well-being took place between 2016 and 2017. Last year was much more balanced, but it also slightly worsened compared to 2017. 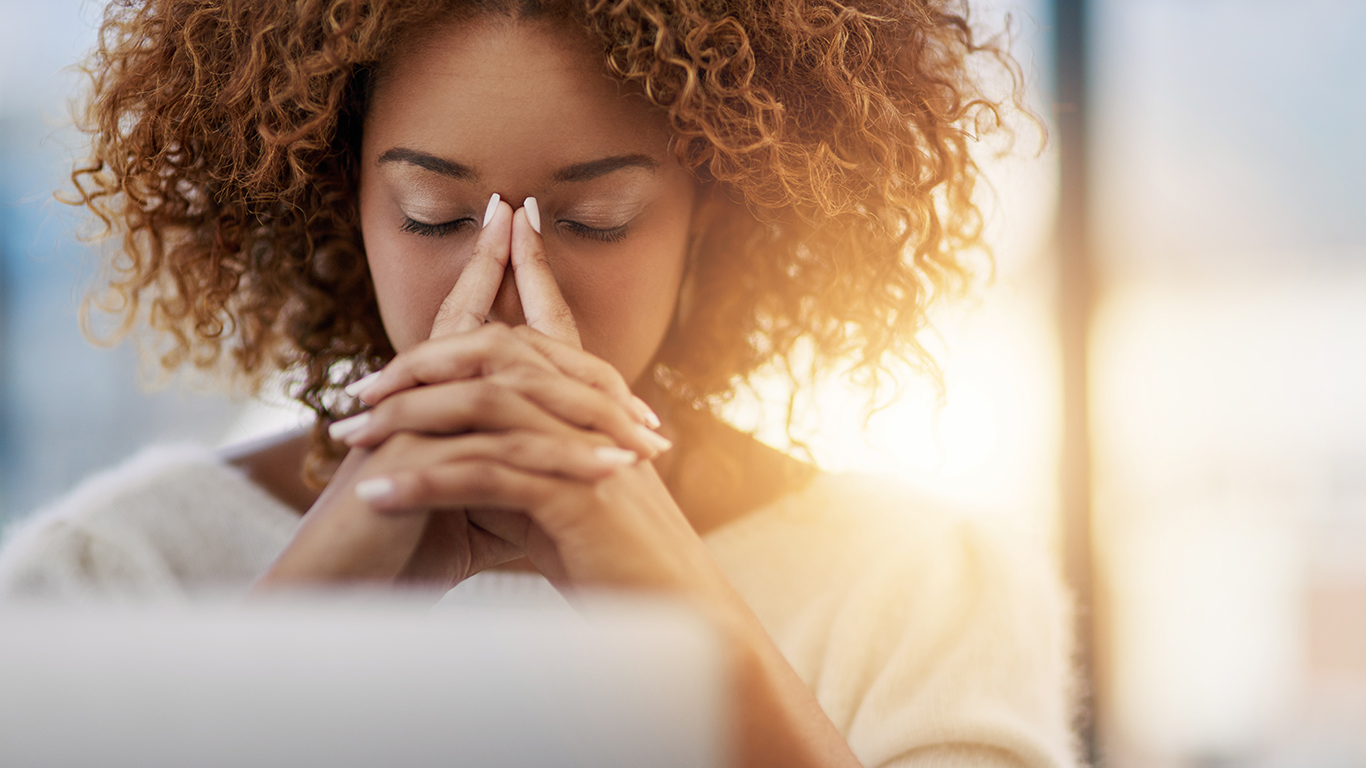 44. People worry about the future

Americans’ anxiety is getting worse, according to a national poll by the American Psychiatric Association. On a scale from zero to 100, the national anxiety score in 2018 is 51, five points higher than the previous year. Americans worry more about health, safety, personal relationships, politics; but most of all they worry about paying the bills. Americans are worried about the future of the country as well. About two-thirds say they worry about the country and that’s stressing them out.

24/7 Wall St.
Modern Inventions We No Longer Use

45. Most Americans are in debt

America is drowning in debt and the problem is only getting worse. Even before the pandemic wreaked havoc on the economy, causing millions of people to lose their jobs, nearly 81% of baby boomers, 80% of gen Xers, and 81.5% of millennials owed money in the form of a credit card balance, student loan, mortgage, medical bills, unpaid bills, or car loan. (Medical bills are often the biggest reason why people file for bankruptcy.) 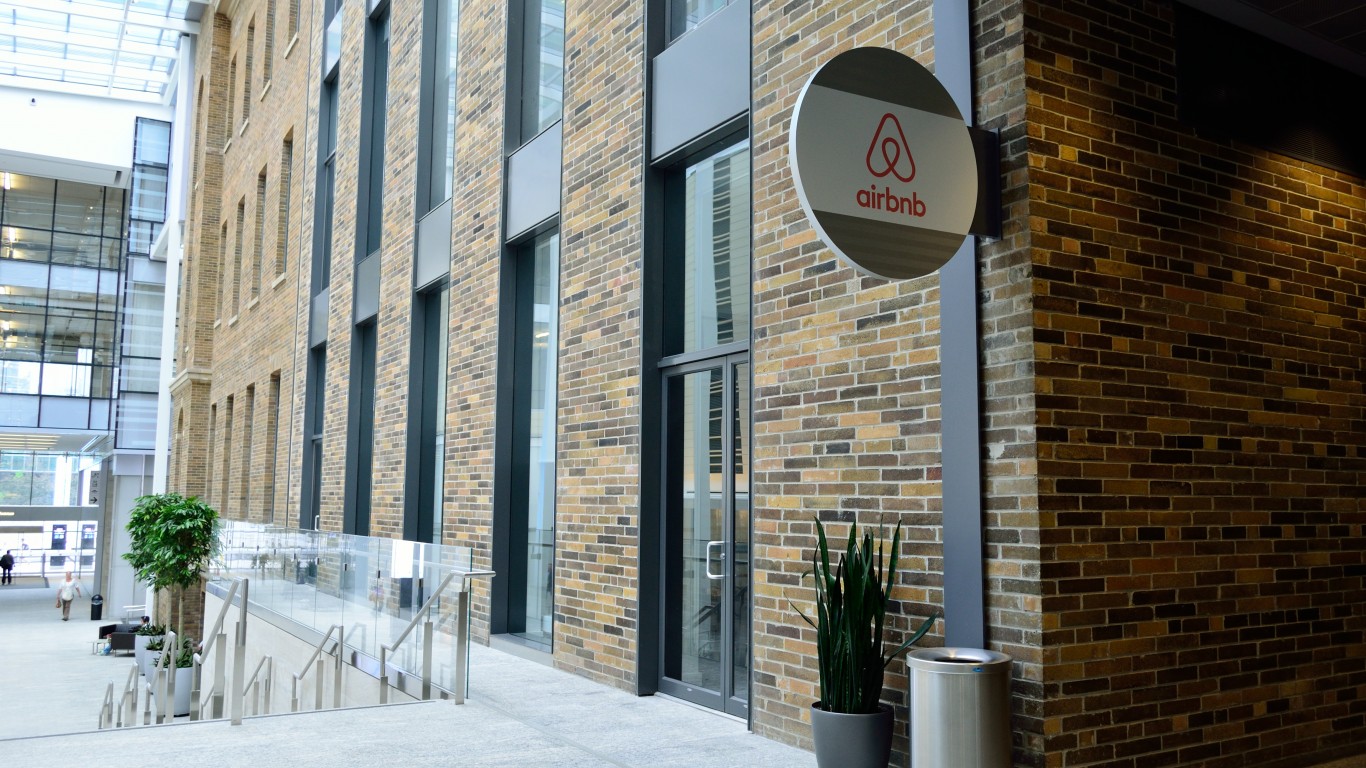 46. The sharing economy is on the rise

Airbnb, Uber, eBay, Lyft, Getaround, StyleLend, EatWith… There are dozens of new platforms that facilitate trade between people for anything from transportation to eating. The consumer peer-to-peer rental market alone was already worth more than $26 billion in 2013 and its value has undoubtedly increased since then. 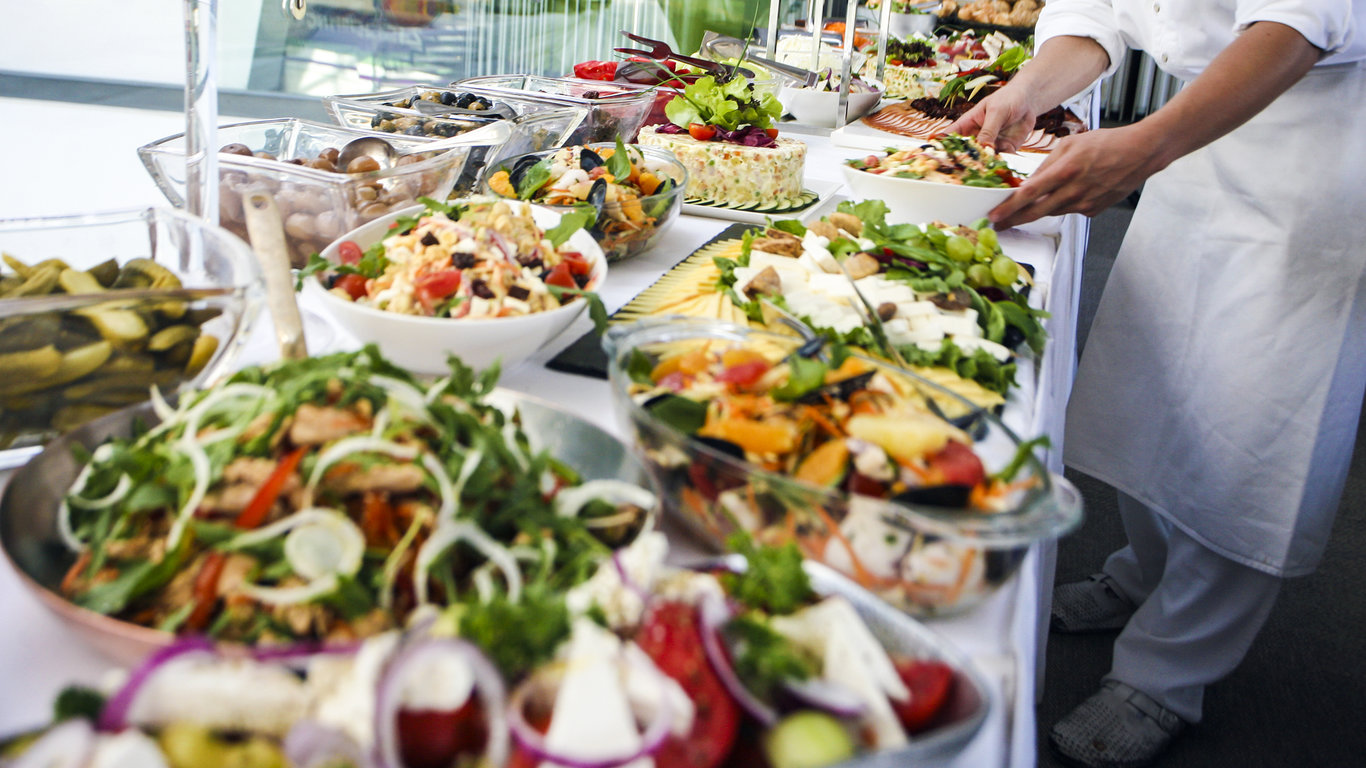 47. People eat out or order in more

Until the pandemic forced people inside for long periods of time, turning many of them into amateur bakers, Americans seemed to dislike cooking. They spent more money at restaurants and bars than at grocery stores. Ever since 2010, expenditures for food away from home have been higher than expenditures for food at home. In 2017 alone, people spent more than $869 billion eating out or ordering in from restaurants, compared to $747 billion on food made at home. In most of 2020, restaurants were either closed or forced to open at limited capacity and many people turned to food delivery. 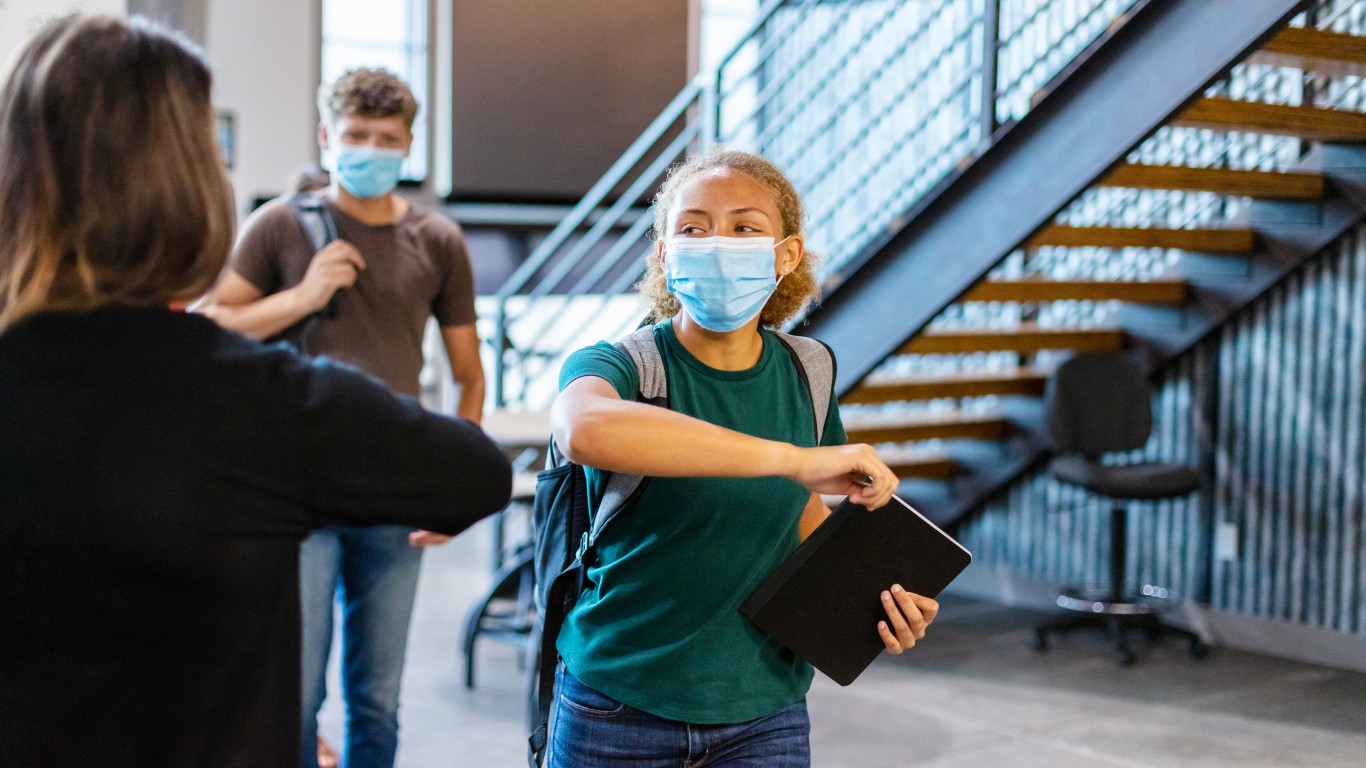 48. Physical greetings are a no go

For a while, at the beginning of the pandemic in March, people were advised by health experts to opt for an elbow bump instead of a closer physical contact greeting like a handshake, a hug, or a kiss on the cheek. By June, the CDC issued advice against elbow bumps, and by November, close physical contact greetings had become almost nonexistent. People are asked to stay at least 6 feet apart, whether indoors or outdoors. 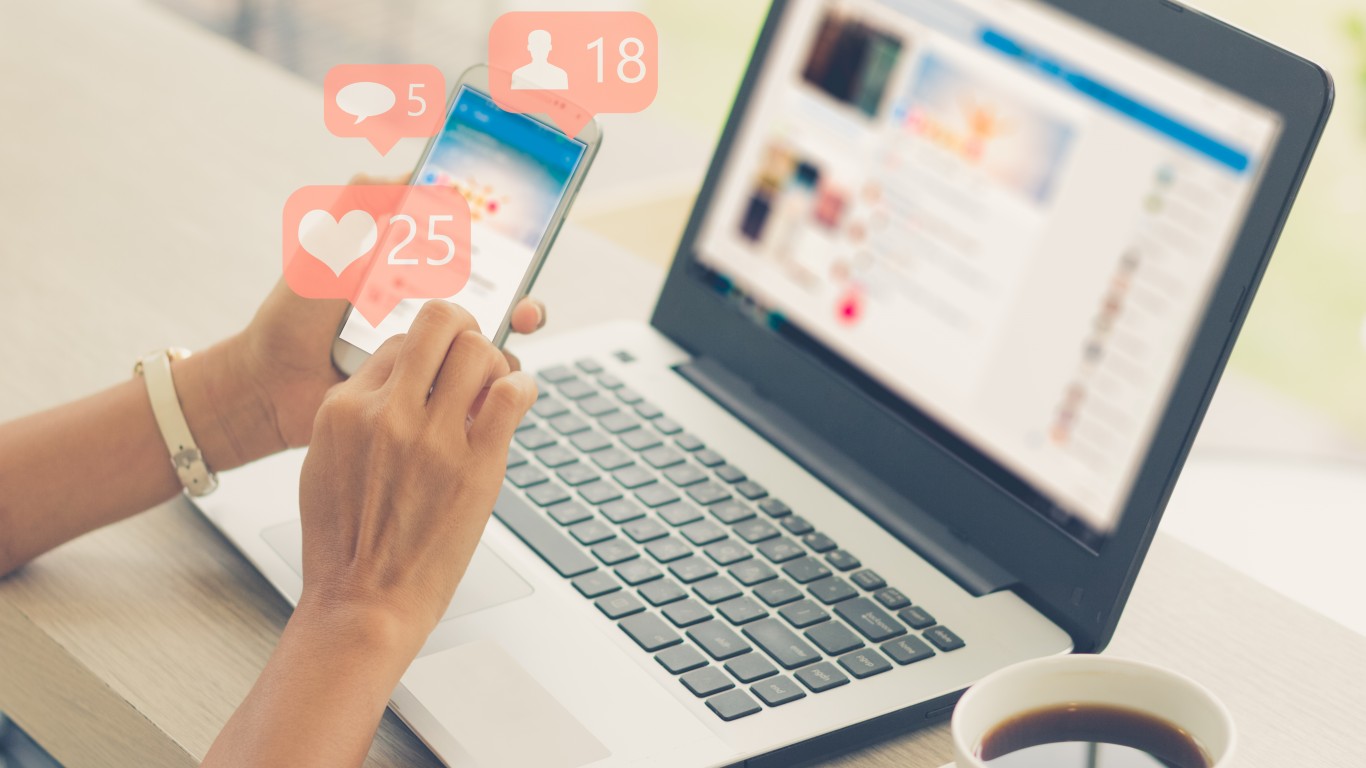 The average smartphone user checks Facebook 14 times a day. And that’s just one social media platform. Between Facebook, Instagram, Pinterest, and various messaging apps, people are glued to their phones. In fact, people are expected to spend more time online watching videos, shopping, and browsing through Facebook than watching TV this year. 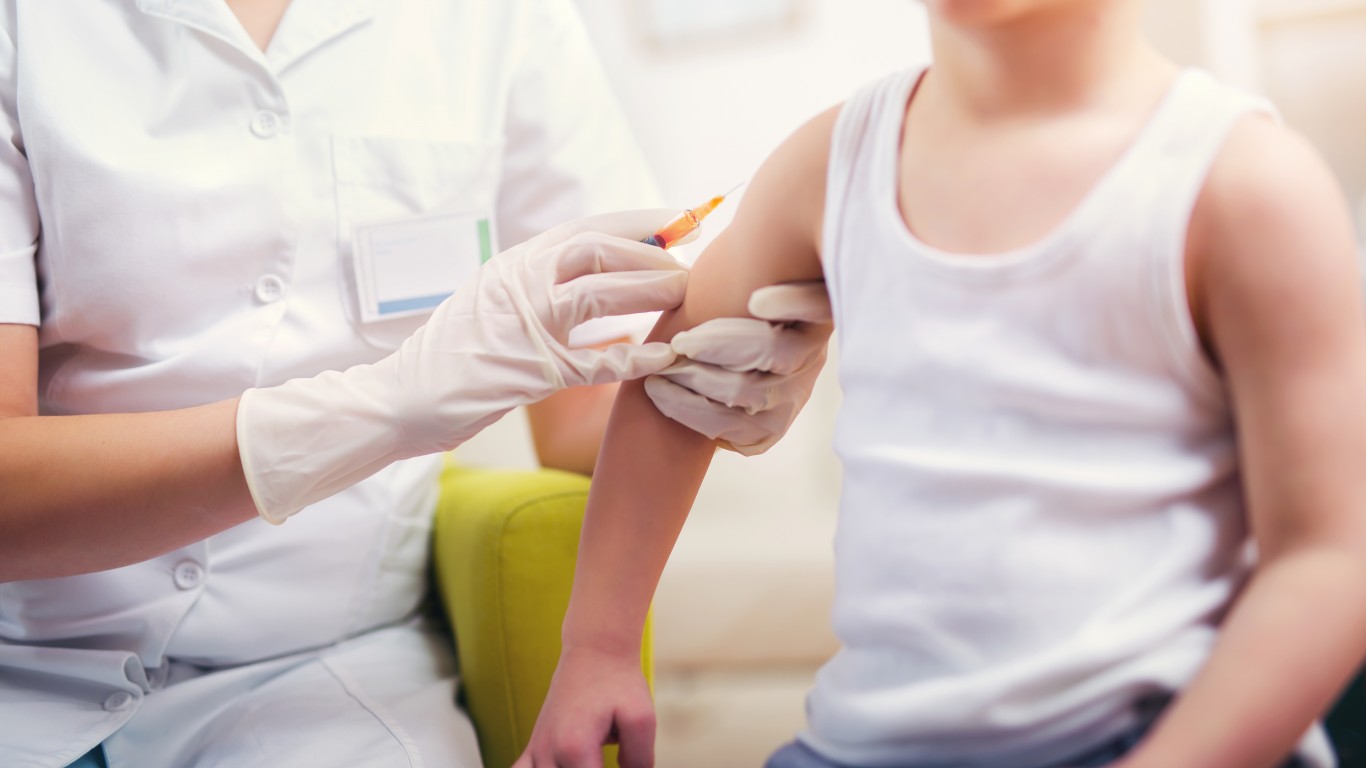 As a result of stay-at-home orders that lasted several months beginning in March and April, families had to live isolated for fear of exposure to the coronavirus. Parents canceled routine pediatric checkups, leading to a nationwide sharp decline in vaccination rates, according to the CDC. In New York City, for example, the number of children over 2 years of age who have been vaccinated dropped by 91%.