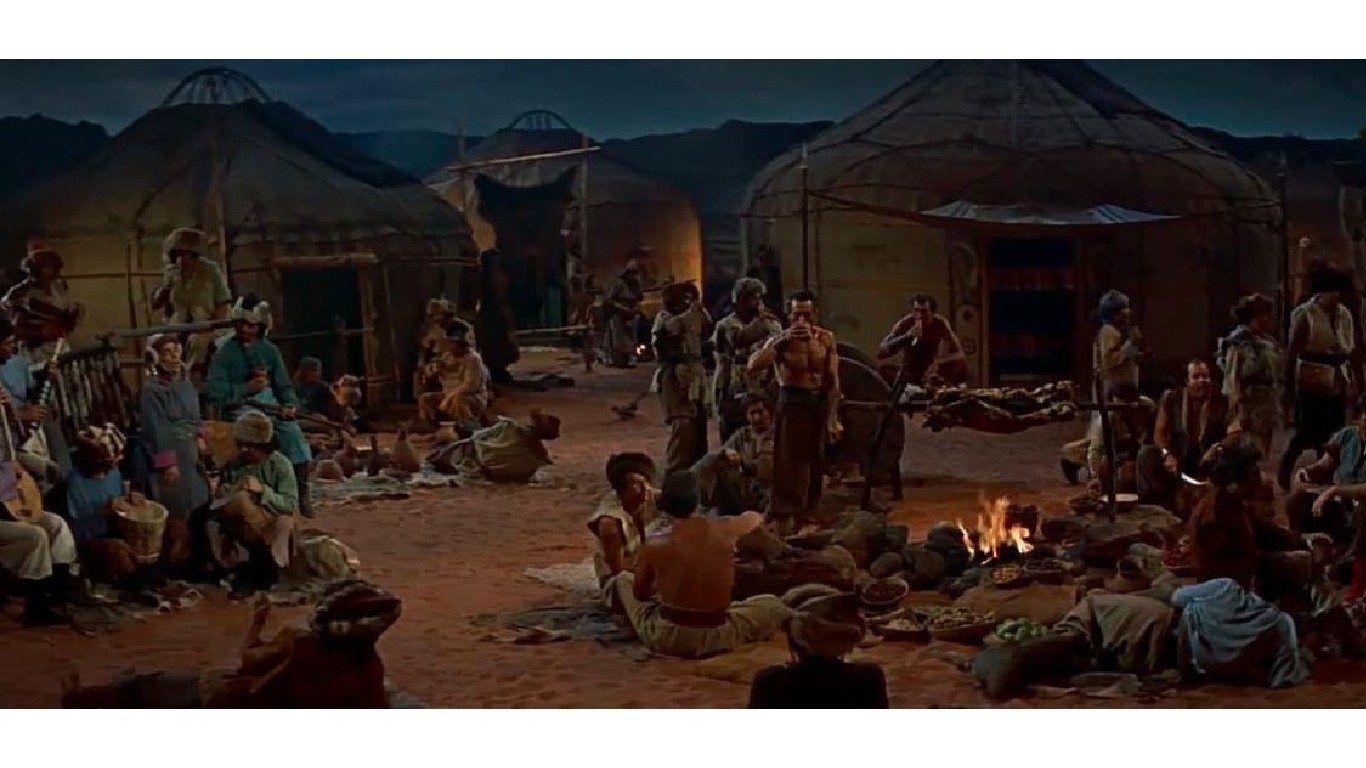 “The Conqueror” is one of Wayne’s least well-reviewed films. In it, he plays Mongolian leader Genghis Khan, who falls in love with the daughter of a conquered enemy. Wayne’s dark makeup and American accent are now remembered as missteps in an otherwise spectacular career.

“The Conqueror” also lives in infamy because it was filmed in the Utah desert, close to nuclear bomb test sites, unbeknownst to filmmakers. Though it is impossible to say if the irradiated shooting location was to blame, nearly half of the 220-person cast and crew developed cancer, with dozens of cases proving fatal. Wayne himself died of stomach cancer in 1979.